How did the A&E series pay tribute to Alfred Hitchcock's classic horror moment? 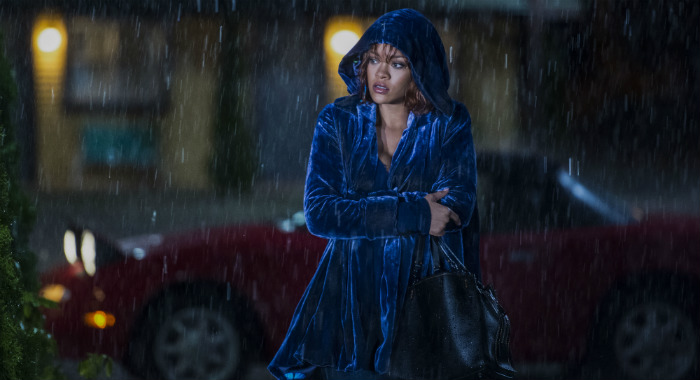 After five seasons building up to Alfred Hitchcock’s classic Psycho moment, the Bates Motel episode “Marion” was finally here, showing us what happens when Marion Crane (Rihanna) meets Norman (Freddie Highmore). The fans expressed all kinds of emotion on how it went down.

SPOILERS AHEAD! STOP HERE IF YOU HAVEN’T SEEN SEASON 5, EPISODE 6 OF BATES MOTEL.

MARION CHECKS INTO THE BATES MOTEL

It was indeed a rainy night when Marion pulled up to the Bates Motel with a suitcase full of embezzled cash. Norman was his usual polite self, showing the weary traveler her room (where she looked at the shower), and offered to make her a ham sandwich, which she ended up eating in the back room with the stuffed birds. So far, everything seemed to be going to plan, but naturally people wanted Marion to get out. Fast.

That's one ham sandwich and murder coming up. #BatesMotel pic.twitter.com/M66Kztqrbd

Rihanna, I advise you get the hell outta there. #BatesMotel pic.twitter.com/OskzFsawFP 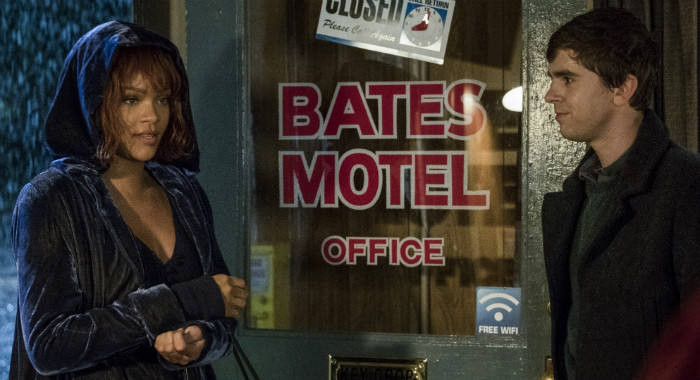 Up at the house, Norman was actually trying his best not to acknowledge the fantasy Norma (Vera Farmiga). He knew he was completely crazy and that his mother was not really there. He made her up, he kept repeating, but Norma demanded to be seen. Fans were all pretty blown away by Highmore and Farmiga’s excellent performances.

Norman telling his dead mother that he not going to talk to her because she's dead. #BatesMotel pic.twitter.com/j4Fq4uy7qP

"It's real! Say it! I'm real!" #BatesMotel
Can we give them the Emmys yet, @InsideBates ? pic.twitter.com/Rp7VKENBNz

DYLAN FINDS OUT THE TRUTH

Meanwhile, Dylan (Max Thieriot) discovered his mother was dead – and our hearts broke for him. He called Norman to confront him about it, but Norman pushed him off after having the blowout with Norma. It’ll be exciting when Dylan shows up again.

THE MOMENT WE’VE BEEN WAITING FOR… 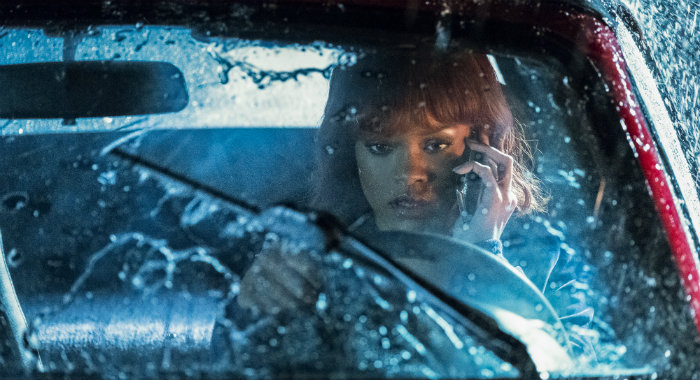 Marion was pissed her boyfriend, Sam (Austin Nichols), wouldn’t come meet her, so she decided to take a shower. Norman peeked through the peephole as she turned it on, took off her clothes, and climbed in. With anticipation rising, we saw her washing and then… getting out of the shower and going back into the office, where Norman told her Sam was actually married. Wait, there’s no stabbing in the shower?! Most fans were thrilled with this deviance from the Hitchcock narrative.

Some, however, were disappointed.

I've been waiting for the shower scene in #BatesMotel for years and I'm disappointed that Marion Crane wasn't the one who got killed ?

SO DID ANYONE GET STABBED IN A SHOWER? 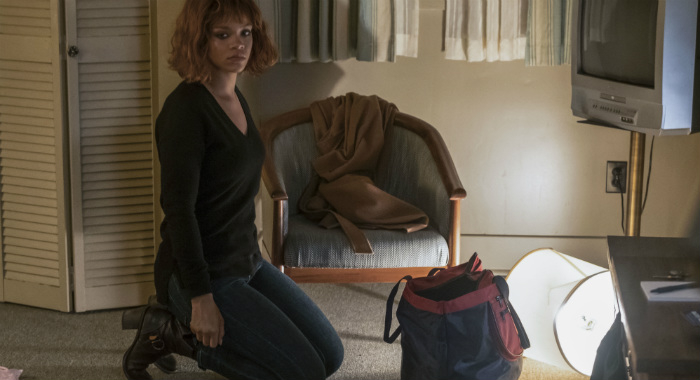 Norman made sure Marion got away, and just as she drove off, Sam showed up at the motel looking for her. He went into the room, tried calling her, and decided to take a shower himself. You see where this is going, right?

Fantasy Norma appeared and told Norman why she exists. He created her to help take away any pain he might feel, including watching his mother being physically abused by his father. And Sam was the same kind of guy who abuses women. Sam had to go – and shot for shot from Hitchcock’s classic, Norman — not dressed as Norma — stabbed Sam in the shower. Boy bye!

You can do better Marion. All that money will buy you a new man #BatesMotel pic.twitter.com/zbl1UNJIZv

#BatesMotel THAT ICONIC SHOT ON THE FLOOR. I'M SCREAMING.

This boy deserves an Emmy this is iconic #BatesMotel pic.twitter.com/94YcztZ0AB

With only four more episodes left in the series, tune in next week to see the fallout from Sam’s murder.