"Get out of my house, you zombie whore!" – Audrey 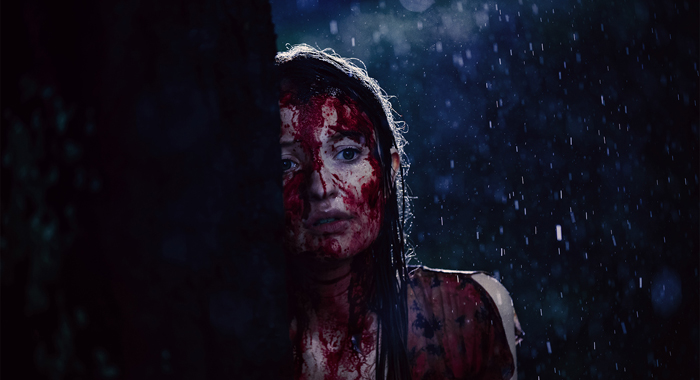 I'm fascinated by how divisive "Git Gone" is. People are split on adoring Laura and hating her. #AmericanGods

But, mostly, the episode was about Laura somehow squirming her way out of an eternity of fumigated darkness.

STALKER ALERT!! DO NOT WAIT IN THE PARKING LOT ON PEOPLE. PLEASE & THANK YOU! #AmericanGods #gawds

Some might argue that Laura is just a crappy person, but you have to admit that someone who huffs bug spray in their covered jacuzzi is not in a good place.

Anubis (Chris Obi) had to put Laura in her place, giving a great mini-monologue about perspective and entitlement when Laura demanded to return to Earth following her death.

“Already your flesh has been moved,” he informed her, “has been cut by the doctors who inspected your organs. Already your loved ones have selected for you the clothes to shroud your decomposition. Already you are in the ground. Tears have fallen for you.”

And yet she persisted: “Do I get a say in this?”

“Death is not a debate,” Anubis replied sternly. “How many do you think have come before you? All with promises and threats and offers of glory, gold, love. Who are you to misguide me from my duty? You are but a man — not even one I should remember. You will go into the darkness, and I will forget ever having met you.”

But Laura got the last word — “F— y…” — just before being abruptly jettisoned back to the living world where superhero-zombie Laura took on Technical Boy’s faceless henchmen and messed them up, beating them with a severed arm and even kicking the living spine out of one when they tried to lynch Shadow.

I am hella here for Laura cussing out Anubis though #AmericanGods

This latest episode of #AmericanGods is so good! Emily Browning as Laura Moon is perfection. pic.twitter.com/09a6QA7BBG

Later, Laura B&Eed her BFF’s place to sew her arm back on. Audrey took some time to adjust to the dead friend walking, but Laura’s intestinal distress put things into perspective.

"GET OUTTA MY HOUSE, YOU ZOMBIE WHORE!!!!" #AmericanGods #gawds pic.twitter.com/wdT3Gkgz8k

Anger and grief have made me a vulgar woman – Audrey

Doesn't matter how many times @BryanFuller & I watch her scenes, @bettygilpin makes us laugh & breaks our hearts every time. #AmericanGods pic.twitter.com/2f44eQiihK

Anubis catches back up with Laura in the end, though, promising to do his duty while sweetly touching up her makeup.

"When you are done I will complete my task and deliver you into darkness." -Anubis @obidon1 is amazing #AmericanGods #AmericanGodsQuotes

So u all love Laura now right? U totes forgive her? Lol jk, all I ask is that you love to hate her/enjoy watching her. Bye tweeeter! – EB

And just because it’s awesome: 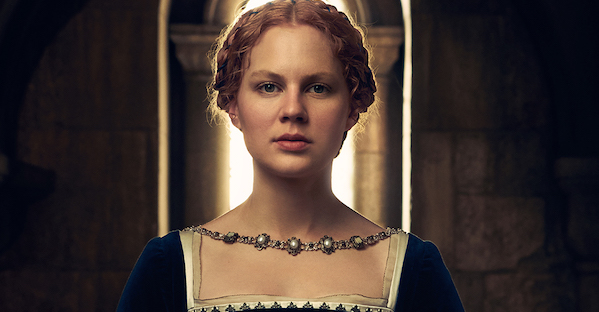