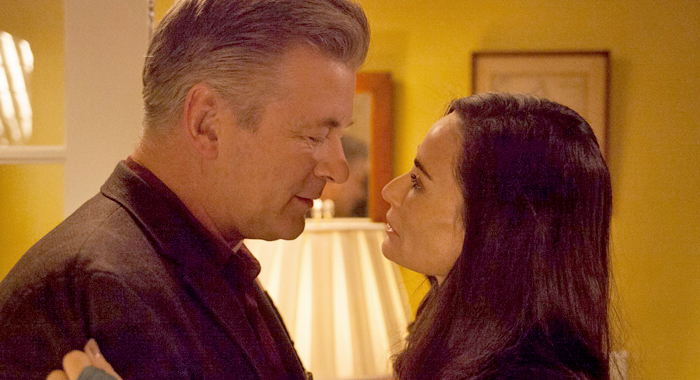 Look, we’re not going to lie to you — this is not your typical Five Favorite Films article. But maybe this is just what happens when you set out to interview Alec Baldwin and Demi Moore — who star opposite each other in this week’s Blind — and the former is raring to go. We admit we ceded control to Alec, who commandeered the conversation and independently engaged Demi in a rapid-fire discussion about everything from Hitchcock movies to pants-wetting to a mutual love for Robert Redford.

Normally, a good interviewer would intervene and take back the reins, but sometimes you just have to let nature take its course. In the end, we simply could not find a meaningful way to wrangle five individual movies from their chat into a representative list. Instead, we thought it might make more sense to share the whole conversation that took place, and let you take from it what you will. With that in mind, here are Alec Baldwin’s and Demi Moore’s Five (or 10, or 20) Favorite Films.

Alec Baldwin: I’m gonna start. I’m gonna just do my first one, which is — and you’re gonna laugh at this. I’m kidding. But I’m not. Because people always watch movies — you catch a movie, it just says something to you. You want to know what one of my favorite movies is? Indecent Proposal.

Demi Moore: Okay, you want to know what one of my favorites is, actually? 100 percent, every year, by the way? Beetlejuice. Literally, it’s literally every year. Every year. 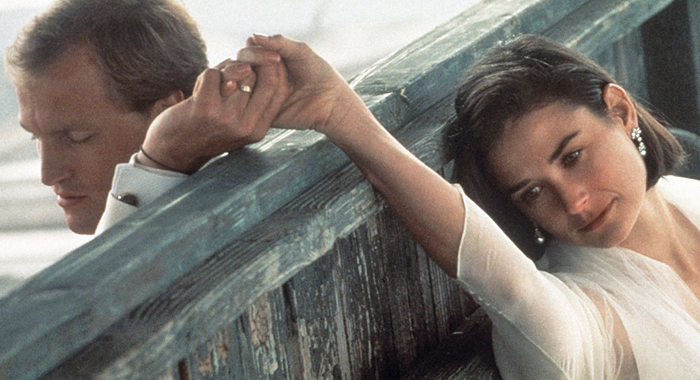 Baldwin: When you leave Woody Harrelson in the helicopter, and he’s there freaking out? I cry every time I see that. I love that movie. And it always made me look at [Robert] Redford differently, too, like he was a bit of a villain. I love Bob. But that movie, I love that movie. Adrian [Lyne]! I loved Indecent Proposal.

Baldwin: So that’s two. Two down. Is there a Hitchcock film you love? What’s your favorite Hitchcock?

Baldwin: I’m gonna say Psycho, because Tony Perkins, when you look back… He’s such a great actor, Tony Perkins. I miss him so much as an actor. He died not too old. I mean, he wasn’t that old. He died too young. And when you watch Psycho, God, what a great acting job that is to portray that. I mean, just indelible what he does. That famous scene when he was with her in the sitting room, and she’s like, “Why don’t you put your mother in a home?” and he kind of gets upset with her. I mean, Tony Perkins was one of the greatest actors. I loved Tony Perkins in the movies, so Psycho was my Hitchcock movie. What about you?

Moore: No, that’s a really good one.

Baldwin: So we’re gonna say Psycho. Indecent Proposal, Psycho, Beetlejuice. That’s three. We’re gonna give you a bunch, and you can sort it out. This is your problem.

Moore: Do you have any prompts for us? Like something you’re looking for?

Rotten Tomatoes: I would love to hear a little more about why Demi loves Beetlejuice, because I love that movie, too. 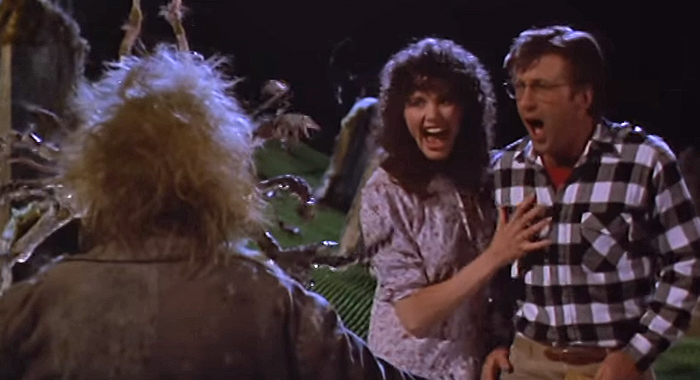 Moore: First of all, there was nothing like it, and the combination between Alec and Geena [Davis] that was so genuine and sweet and real, like what their pursuit was…

Baldwin: Tim Burton said, “I wanted the dead people in the movie to be less scary than the living people.”

Moore: And it was just like that. The part that was just them, wanting their dream, mixed with the absolute madness…

Moore: Michael Keaton, and that whole scene at the dinner table, and Winona [Ryder]. I mean, everything. It’s literally in our yearly rotation at Halloween.

Moore: It’s not really been on my radar right now.

Baldwin: Okay. What about a Civil War movie? No, I’m joking. What’s on your radar?

Moore: No, but romance. So let’s think about romance.

Moore: Get out! That is not even it. 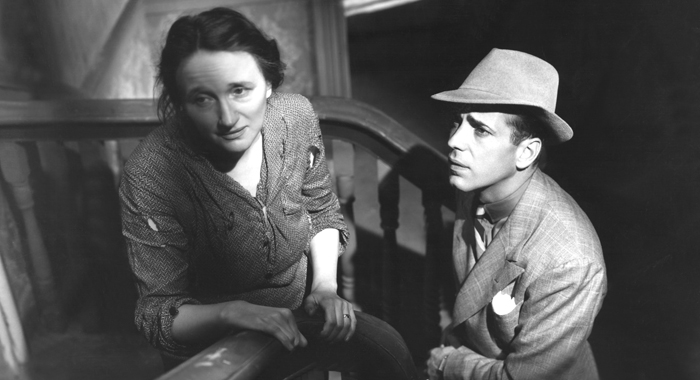 Baldwin: You do. What’s one of your favorites?

Baldwin: One of my favorites is Dead End, with Bogart, when Marjorie Main plays his mother, and he comes back and he’s had plastic surgery because he’s on the run. His mother slaps him across the face, and he looks at his mother and goes, “I’ve killed men for less than that.” His mother smacks him. Great movie. Dead End.

Moore: This is a totally odd one, with Ellen Burstyn, which is Resurrection. Ever seen it? Incredible. She’s incredible.

Moore: I’m not as big a fan of horror movies. You?

Baldwin: I know they were trying… I guess The Mummy didn’t do great in the US. It did very well overseas, everybody keeps telling me, and they were gonna kind of relaunch that Universal catalog, was the plan. I love The Invisible Man. My favorite horror movie. Claude Rains. I love that. either that or Abbott and Costello Meet Frankenstein.

Moore: Those are both more comedic horror.

Moore: No, but it’s not horror. Like horror, I think of Scream, and those hideous, bloodthirsty, Friday the 13th…

Baldwin: That’s a sign of your generation, isn’t it? Scream. I like some of those movies, but I love Claude Rains. Now, a political film. Do you like any political films?

Moore: Three Days of the Condor. 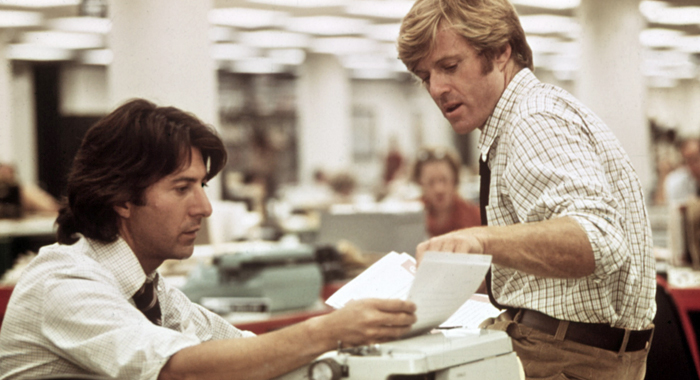 Baldwin: I guess with what’s going on politically now, they’ve been showing a lot of clips from All the President’s Men… A lot of Robert Redford in our menu.

Moore: We’ve having a lovefest for the Bob.

Moore: All the President’s Men is incredible.

Moore: What about Network?

Baldwin: Network I like. I like Network. Seven Days in May, The Manchurian Candidate, you know, those great political films.

Moore: We really screwed the pooch on love stories.

Baldwin: I said Ghost. I’m kissing your ass here. What are you talking about? Ghost, I said, and Indecent Proposal. Let’s talk about comedies. What’s a movie that makes you laugh?

Moore: Hmm… Oh, I really laughed hard at Rough Night. I did.

Baldwin: I didn’t see that. Good for you. I liked Bridesmaids, too. That was fun. That crowd is funny.

Moore: What else have I seen lately that’s super funny? Like pee-your-pants funny.

Baldwin: I guess in the modern world I love Bridesmaids because I love Melissa McCarthy. I’m obsessed with Melissa. She’s so funny.

Moore: Yean, I mean, her film Spy was like… That was pee-your-pants. 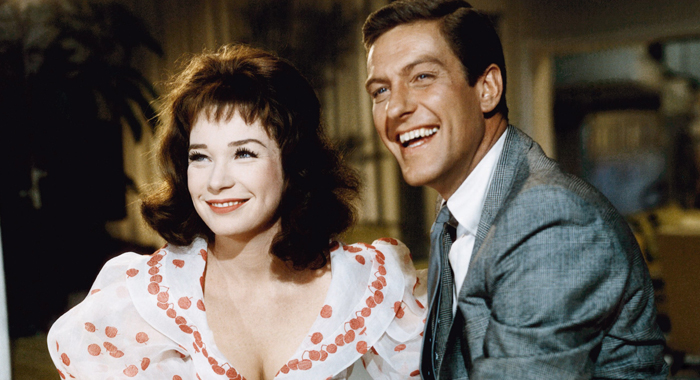 What A Way to Go! (1964) (Photo by 20th Century Fox courtesy Everett Collection)

Moore: And I’ve got another one that I love. Have you ever seen What a Way to Go!?

Moore: One of my favorites, all-time. What a Way to Go! I love that movie.

Baldwin: No! No, I can’t believe you said that! I was gonna say that!

Baldwin: I can’t believe you said that! You know What a Way to Go!? No! I was gonna say that!

Moore: It’s like, I love that film. I tried to get them to remake it. It’s so funny.

Moore: No, it’s like, every major dude, she marries, and she just wants a simple life, and everyone she touches turns to gold.

Baldwin: What’s your favorite freaky moment in a movie? I got one.

Moore: Well, like when she’s got the pink hair? Is that with…

Baldwin: Newman, Robert Mitchum, who else? Newman’s the painter, Mitchum’s the oil guy.

Baldwin: Van Dyke, yes, exactly. My favorite moment is in the movie The List of Adrian Messenger with George C. Scott. And in the beginning, with the very voluptuous title sequence and the music playing, it says, “Starring Frank Sinatra, Dean Martin, Sammy Davis … ” He names all these names; you have to look up who they are. And you watch the movie, and you never see them in the movie. And in the end credits, they zoom in on the old lady at the apple cart, and she peels off all the latex, and it’s Frank Sinatra. They dressed them up in this make-up to play it. It’s the silliest thing.

Baldwin: The List of Adrian Messenger. It was this kind of campy thriller.

Baldwin: Demi Moore, thank you so much for being my guest on Rotten Tomatoes! 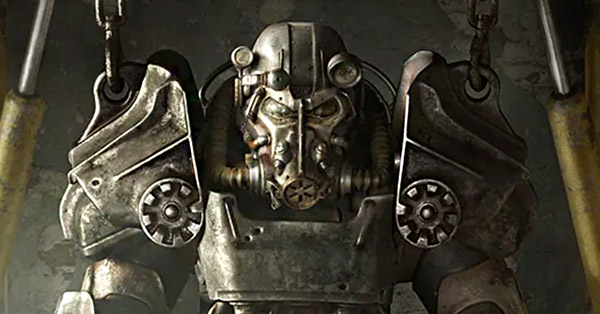 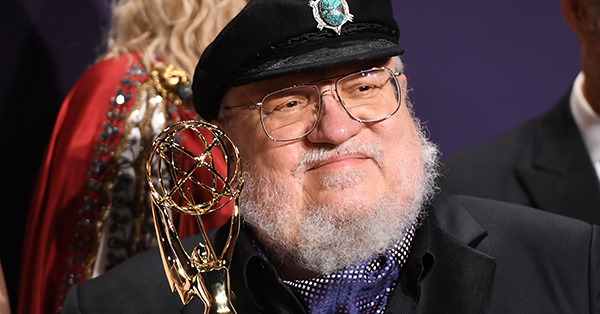 George R.R. Martin Says The Winds of Winter Should Be Done in 2021