Weekly Ketchup: Video Game Adaptation The Last of Us Announced

Plus, are we getting a gritty remake of Zorro?

This week’s Ketchup covers a sort of slow news cycle, post Academy Awards. The stories that did break include a few potential blockbusters for Sony Pictures, including a movie version of the video game The Last of Us, and a “gritty” reboot of Zorro. There’s also a T. Rex movie, giant insects, and a possible remake of West Side Story.

Two weeks after a Variety story about Sony’s need for more movie franchises, this week saw the studio announce a few such projects. The highest profile of those might be the planned live action adaptation of the 2013 Playstation 3 exclusive video game The Last of Us. The game was set in a post-apocalyptic America infested by zombies, cannibals, and lots of other people wanting to do harm to the two lead characters. One actress who is probably too old for the lead role, but has to be mentioned anyway, is Ellen Page, who last year was involved in a minor online kerfuffle about The Last of Us (which was quickly made nice, in advance of Page’s own video game Beyond: Two Souls). The Last of Us sold 4.1 million units in its first three weeks, making it the fastest selling Playstation 3 title, and the game won over 200 “Game of the Year” awards. The Last of Us, the movie, will be produced by Sam Raimi’s Ghost House Pictures (Evil Dead, The Possession).

#1 STEVEN SPIELBERG MIGHT RETURN TO THE SHARKS… WITH A WEST SIDE STORY REMAKE?

First off, it should be noted that this particular story is starting with pretty much no actual ink-on-paper “in talks” support. The story here is just that director extraordinaire Steven Spielberg has expressed “interest” in working with 20th Century Fox on a remake of the classic 1961 musical West Side Story. Usually, when the merit of a potential remake is discussed, the original movie’s “quality” has to be a huge factor, but with West Side Story, it’s a bit different. Regardless of how “good” the movie is, there’s little excusing that, as a movie about two rival gangs, West Side Story is as creaky and dated as movies can possibly be to modern eyes. Of course, if you remove the elements that make West Side Story so dated… is it still West Side Story, or just a “21st century gangs” remake of Romeo & Juliet? The answer might be somewhere in between, perhaps by keeping a few of the songs (like “America” and “Tonight”), and ditching the dancing switchblade-wielding gang members? Such will be the challenge for the eventual writer of the West Side Story remake, who hasn’t been hired yet. Steven Spielberg is still on the hunt for his first post-Lincoln project, after previous possibilities like American Sniper and Interstellar went to other directors, and Robopocalypse got shelved. Two remaining possibilities are Dalton Trumbo’s 50-years-in-the-making Montezuma, and the Moses epic Gods and Kings.

One side effect of the director choices made by Marvel Studios, and the resulting successes of such films, is that studios sometimes seem more likely these days to take chances with prestige directors that might not seem like immediately obvious choices otherwise. One such director who has been hovering on the fringes for several years, giving us such films as The Station Agent, The Visitor, and Win Win, is Tom McCarthy. This week, we learned that McCarthy is finally ready to go “big” with his movies, with a move to Universal Pictures for a surprising project. McCarthy is in talks with Universal Pictures to cowrite a screenplay adaptation based upon the Doug TenNapel graphic novel Tommysaurus Rex, with an eye to direct. First published in 2004, Tommysaurus Rex tells the story of a bullied young boy who discovers and befriends a Tyrannosaurus Rex in a local cave. The premise sounds a bit like The Iron Giant, with a dinosaur, but… that movie was also 15 years ago, and animated.

#3 JUSTIN TIMBERLAKE TO PRODUCE REMAKE OF THE IDOLMAKER

As a modern studio, MGM has been mostly about remaking old movies in their comprehensive library of titles for quite some time now. The recent remakes of RoboCop, Red Dawn, Fame, Carrie, The Pink Panther, and The Taking of Pelham 123 were all MGM, as are the upcoming remakes of Ben-Hur and Poltergeist. One planned remake is not as famous as some of those, but is just the type of nearly forgotten film that might be most prime for a remake. That film is 1980’s The Idolmaker, based upon the life of 1950s rock promoter Bob Marcucci, who discovered such teen idols as Frankie Avalon and Fabian. The remake is being co-produced by Justin Timberlake, who may star, and this week, we learned that the director might be Craig Brewer, who is now in talks with MGM. Brewer is coming off the 2011 remake of Footloose, and previously also directed Black Snake Moan and Hustle & Flow. The Idolmaker is now the second music industry biopic that Justin Timberlake is producing, along with the Neil Bogart biopic Spinning Gold.

In the dueling movies stand off with Warner Bros. over the idea of a new live action version of Rudyard Kipling’s The Jungle Book, Walt Disney Pictures made a crucial first step this week. Idris Elba, who worked with Disney as Heimdall in the two Thor movies, is in final talks to provide the voice of the tiger Shere Khan for director Jon Favreau (Iron Man). Shere Khan (and the rest of the animal cast) will be brought to life by the VFX team led by Rob Legato (Hugo, Titanic). Of course, one has to wonder if this idea of a “live action” Jungle Book with a CGI tiger wasn’t at least a little bit inspired by the dazzling tiger visuals in 2012’s Life of Pi. Warner Bros is currently looking for a director for their Jungle Book movie after the recent departure of Alejandro Gonzalez Inarritu (Babel, 21 Grams, Amores Perros).

In the last ten years or so, whenever people find inspiration to start speculating about new James Bond possibilities, Jude Law frequently comes to mind in such discussions. There’s just something about Jude Law that says “British spy.” We might finally see it happen with the news this week that Jude Law is in talks with 20th Century Fox to costar in Susan Cooper. The spy comedy will be the third project for the team of Melissa McCarthy and director Paul Feig, after previously working together on Bridesmaids and last year’s The Heat. Jason Statham will also costar in Susan Cooper, which 20th Century Fox has already scheduled for May 22, 2015.

One of the long-in-development projects at 20th Century Fox is an adaptation of the 1964 John D. MacDonald novel The Deep Blue Good-By, which launched a series of 21 novels about the “salvage consultant” Travis McGee, who specializes in helping re-aquire valuables which are no longer in their possession. Leonardo DiCaprio was at one time attached to the project (he’s not anymore), and previous potential directors have included Oliver Stone and Paul Greengrass. This week, writer/director James Mangold (Walk the Line, 3:10 to Yuma, The Wolverine) started negotiating to take on the project. If Mangold can figure the character out, Travis McGee has a chance at becoming a future big screen favorite, as one can trace elements of the character in such later figures as Jim Rockford, Han Solo, and “The Dude” from The Big Lebowski. James Mangold is also currently working on the script for another Wolverine movie.

Late last year, Jake Gyllenhaal started talks to star in the long-in-development boxing movie Southpaw. This week, we learned that the movie will be directed by Antoine Fuqua, who is almost always credited as the director of Training Day. Although that is true, it sort of bypasses all of the Rotten movies on Fuqua’s Tomatometer, which include The Replacement Killers, Bait, Tears of the Sun, King Arthur, Shooter, Brooklyn’s Finest, and last year’s Olympus Has Fallen. Southpaw was written by Sons of Anarchy creator Kurt Sutter, and will be produced and distributed by The Weinstein Company. Sutter has also said the script was inspired by the life of rapper Eminem, who at one time was attached to star, before Jake Gyllenhaal.

The movement at Sony Pictures this week to find potential blockbuster franchises leads us now to our final two Rotten Ideas. First up is an adaptation of the recent YA novel by Andrew Smith called Grasshopper Jungle. There are elements of the premise that are promising, but we haven’t come to the Rotten part yet. Grasshopper Jungle is described as “a coming-of-age yarn revolving around a teenager in Iowa trying to come to grips with his own sexual feelings as he and his cohorts cause a deadly genetically engineered plague that unleashes an army of 6-foot-tall praying mantises with an insatiable appetite for fighting, food, and fornicating.” The same article compares it to Stand By Me and Attack the Block… with giant insects. Anyway, the bad news is that the screenwriter that Sony has hired to work on Grasshopper Jungle is Scott Rosenberg. On one hand, he has High Fidelity and Beautiful Girls to his credit, but his RT Tomatometer also includes Con Air, Disturbing Behavior, Gone in 60 Seconds, Impostor, and Kangaroo Jack, which featured Stand By Me star Jerry O’Connell having wacky adventures with a kangaroo.

#1 ARE YOU READY FOR THE “GRITTY” REBOOT OF… ZORRO?

Not every classic character needs a “gritty” modern remake. Some characters just smack of their time and place, and should be allowed to stay in that place, and age gracefully. The two relatively recent Zorro movies with Antonio Banderas were not perfect, obviously, but the 1998 movie was fun and fresh, updating the character without changing what makes Zorro Zorro. Anyway, one of the new potential franchise reboots that Sony Pictures is considering is a new reboot of Zorro that would instill the colonial Californian with “gritty realism.” The screenwriter hired for the project is Chris Boal, a fencer, playwright and brother of Mark Boal (The Hurt Locker). Boal’s take reportedly takes out the “swashbuckler” and focuses on “a deadly combination of action and lethal fighting systems that combined swords, daggers, grappling, and bare knuckles” and “a new backstory, gritty realism, and emotional core.” Does the world really want a Zorro who doesn’t use his sword to etch out the letter “Z”, crack some jokes, defend the peasants, defeat evil politicians, or get the girl? 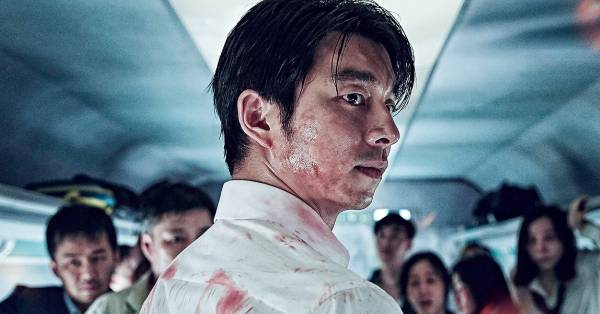