Stay tuned for a Comic-Con-specific Weekly Ketchup, coming your way on Monday.

Every July, the worlds of movies, TV, games, and yes, comic books, collide for four days in San Diego, giving us dozens of announcements, which is far more than we can fit into just one Weekly Ketchup. So, we’re splitting the week up, starting with this Weekly Ketchup devoted to everything that is not one of the big three S’s of San Diego Comic-Con: Superheroes, Science Fiction, and Sequels (mostly). There will be another Weekly Ketchup in a few days, after SDCC, to cover all of the biggest announcements and revelations.

When British actor (who’s of African descent) Idris Elba was first announced as playing the Norse God Heimdall in the 2011 Marvel movie Thor, there was an Internet outcry (from some). And then the movie came out, and Idris Elba was awesome, so that by the time Thor: The Dark World came out, no one even seemed to talk about the controversy anymore. A similar thing happened this week, with a character that’s equally connected to European folklore and legend, and the reaction was… pretty much non-existent. Progress! Idris Elba is now in talks with Warner Bros to star in King Arthur as a “Merlin-esque figure who trains and mentors Arthur.” The next casting step will be for director Guy Ritchie (Sherlock Holmes) to find the young actor who will be starring as King Arthur in this film, and its expected sequels. Guy Ritchie is also preparing The Man from U.N.C.L.E. for Warner Bros, which is scheduled for January 16, 2015. Warner Bros has scheduled the first film (of a potential six movies) of their new King Arthur franchise for July 22, 2016.

Jennifer Lawrence and director David O. Russell are reuniting for a Miracle Mop biopic for Oscar season, 2015 (called Joy), and now that project appears to be getting a very similarly-themed competitor. Sony Pictures has acquired the rights to the non-fiction book Tupperware Unleashed by Bob Kealing, about the woman who came up with the idea for “Tupperware Parties,” launching a new era of feminine entrepreneurship. Sandra Bullock is attached to star as Brownie Wise, and the project will be directed by Tate Taylor, who is becoming something of a specialist on biopic/period films, following The Help, and the upcoming James Brown film Get On Up.

It was back in 2012 that we first heard that Sony Pictures Animation was adapting the short-lived 1980s animal-shapeshifting detective TV series Manimal as an animated film. This week, we found out exactly who Sony is working with to give us a new vision of Manimal. And no, it’s not going to be a grim and gritty version. Will Ferrell and frequent collaborator Adam McKay are the two who will be lending their talents to Manimal, although it’s unclear what either of them will be doing besides producing (McKay won’t be directing, and Ferrell is not yet announced as doing any voice work). Here’s some of what Adam McKay had to say about the project, “Like The Catcher in the Rye or The Sound and the Fury, Manimal has always been one of those elusive projects every producer dreams of taking to the silver screen… I know the movie will be funny and entertaining, but will it be the first film to win a Pulitzer? We’ll just have to see.” It’s good to have dreams.

Although they are still not technically married in real life, the former Mr. and Mrs. Smith, Brad Pitt and Angelina Jolie, will again be playing a married couple in an “intimate character driven drama” called By the Sea. There have been rumors about the project for a few months now, and although we still don’t know many premise details, the film was written by and will be directed by Angelina Jolie, and both Pitt and Jolie are producing the film. By the Sea will be Jolie’s third narrative film as director, following In the Land of Blood and Honey, and the upcoming Unbroken. Brad Pitt will also appear, later this year, in the World War II tank action film Fury.

Walt Disney Pictures has picked up the rights to the family adventure comedy Brooklyn Family Robinson. Steve Carell is attached to play a New York father who relocates his family to a tropical island, where presumably, high jinks ensue. Carell is also producing the comedy. Brooklyn Family Robinson was written by David Reynolds, who was nominated for an Academy Award for cowriting Pixar’s Finding Nemo.

#5 THE BEST MAN WEDDING TO CONTINUES COMEDY FRANCHISE IN 2016

When it was released in 1999, The Best Man was a surprise success (predicting by several years the successes of later African American cast comedies), and as the title suggests, it was about a wedding. Fourteen years later, the film was followed by a sequel, last year’s The Best Man Holiday, and the promise was made that audiences would not have to wait that long for a third movie. The date that fulfills that promise was revealed this week as Universal Pictures has announced The Best Man Wedding for April 15, 2016. All of the cast (including Morris Chestnut, Taye Diggs, Regina Hall, Terrence Howard, Sanaa Lathan, Nia Long, and Harold Perrineau) are expected to return for writer/director Malcolm D. Lee.

For a studio that is presumably busy this week promoting various Marvel and Star Wars projects, Walt Disney Pictures announced many of the other news stories this week, as well. One of those was a movie based upon the 2011 children’s novel The One and Only Ivan, by author Katherine Applegate. Screenwriter Mike White (School of Rock, Orange County) will make his directorial debut with the story of a silverback gorilla named Ivan who is caged at a shopping center “zoo” along with two elephants, one of which (a baby) with whom Ivan plans an escape from an abusive human. That Walt Disney Pictures is developing this movie is especially curious when we remember that it was only a few weeks ago that we also learned that Disney is developing a live-action remake of Dumbo, which is also about a mother/baby pair of elephants.

The Spierig Brothers, Michael and Peter, who as a directorial team have recently given us the 2010 vampire film Daybreakers and the upcoming film Predestination, have signed on with Hammer Films (The Woman in Black) for a new horror project. The Spierig Brothers are adapting a script about the Winchester Mystery House,a San Jose mansion which is publicized as the “world’s most haunted house.” The focus of the film will be on Sarah Winchester, the firearms fortune heiress who believed in the 1880s that she was cursed by the ghosts of those who were killed by bullets fired by Winchester rifles (hence the “most haunted” claim). Hammer Films plans on starting filming in early 2015.

#2 FIFTY SHADES OF GREY TRAILER DEBUTS, FREAKS OUT THE UNFAMILIAR

Normally, the Weekly Ketchup only covers film development news, which includes new projects, creative hirings, and casting, but what’s not included under that umbrella is promotion, such as posters and trailers. However, the exception to that rule every year is San Diego Comic-Con, where those sorts of stories are not only more condensed, but they’re also bigger. Ever since the Twilight phenomenon first started at SDCC, other franchises more popular with girls and women have joined the superheroic masses. That group includes E.L. James’ Fifty Shades of Grey, which started as Twilight fan fiction. In addition to SDCC, the trailer is being publicized this week via such mainstream sources as The Today Show and Parade. The “Rotten” side of this story is that the trailer starts off seeming to tell one type of story, and then at the end, the freaky stuff starts showing up. Parents are going to have a fun time explaining to their kids what goes on in Fifty Shades of Grey. Universal Pictures and Focus Features will release Fifty Shades of Grey on February 13, 2015.

When Pirates of the Caribbean: The Curse of the Black Pearl was released in 2003, critics quite liked it (79% Fresh). The three sequels since then, however, have not fared as well, with the percentages progressively going down with each new film (54% to 45% to 33%). That’s why whenever there’s any PotC news, we have to pretty much include it as a Rotten Idea. This week, that news is that Walt Disney Pictures has officially announced a release date of July 7, 2017 for the fifth Pirates of the Caribbean movie, which is sometimes listed with the subtitle Dead Men Tell No Tales. The bright side of this project is that it will be directed by the Kon-Tiki team of Joachim Rønning and Espen Sandberg, but speaking of “tales,” there’s also an old saying concerning how difficult it is to put a shine on… well, you know. In this case, that might be the script, which was also written by Jeff Nathanson, whose credits include Coyote Ugly, Rush Hour 3, and Tower Heist. Johnny Depp is expected to once again play Captain Jack Sparrow. 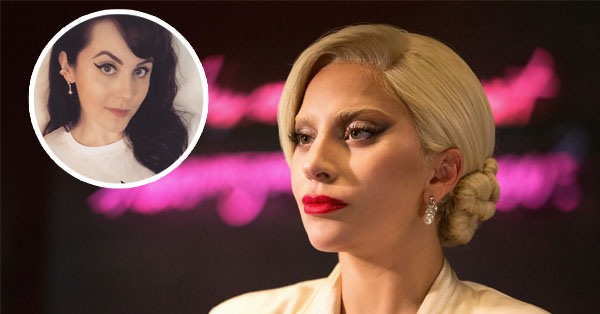 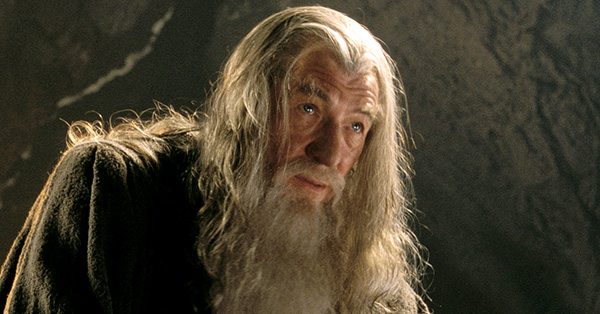