How to Get Away with Murder is back tonight with the first of its five remaining episodes of the premiere season. The Certified Fresh show has garnered awards attention, including last weekend’s SAG Award win for Viola Davis as Best Female Actor.

Rotten Tomatoes was invited to the set for a special screening of tonight’s episode (along with the first act of the new Scandal episode — how many OMGs can you cram into ten minutes, people?!) Showrunner Pete Nowalk said, “Episode ten is obviously a big reboot for us and I’m really excited how it turned out.”

“I always say that I think our characters are way better actors than we are,” said King, who plays Michaela. Read on to see if you agree.

1. TV Sex Can Be Liberating — and Steamy!

The increasing amount of hot, explicit sex on television may seem gratuitous to some, but the cast of HTGAWM disagrees. “It’s just two people doing what people do, all over the world,” said Billy Brown (Nate), laughing. “Somebody’s doing it right now!” Viola Davis, who plays Annalise Keating, said she finds it “liberating” and that her big, sexy scene with Billy Brown “was a lot of takes. I just went for it. And [Billy] really goes for it.”

Davis teased that co-star Brown likes showing his chest. “He takes off his shirt ten minutes before the scene starts, so he likes it.” But, even with that being the case, it’s a curious fun fact that Brown does not like to watch himself onscreen. “It’s tough to watch yourself,” he explained. “You see yourself in the mirror every day and it’s really not all that” and he finds it difficult to “tune in on a Thursday night in high definition on a 60-inch flat-screen.”

3. The Cast Calls Some of the Shots.

The writers alone do not inform the whole story. Charlie Weber (Frank) and Alfred Enoch (Wes) shared how incredible it can be when writers use the actors’ onscreen work to determine future plot points, specifically in the scenes taking place on the night of the murder. Katie Findlay (Rebecca) enjoys having open conversations with showrunner Pete Nowalk. She says some of their talks have even changed what happens in future scripts.

An inspiring example of an actor implementing change is the scene that revealed Annalise Keating removing her wig at night. Viola Davis said “I’m not going to stay in a bed with full makeup and hair as a sexy character. If I have to do that, it’s going to force me to do really, really bad acting. That’s not human. Human is women take their hair off at night — especially African-American women — we wear a lot of wigs. We take our makeup off. We don’t walk great in shoes. We’re not necessarily likable. We’re not always a size two. Some of us have deep voices. And you’re just going to have to deal with it.” Davis likes to see real women on TV, an image that excites and inspires her. What she doesn’t like is “the archetype of womanhood on TV. It depresses me. That’s the thing that makes me wanna go back home and eat and binge and eat a lot of bread. Eat bread [laughing]! Because I know the truth.”

Davis uses an example from her time studying at Juilliard to encourage TV showrunners and actors to present images of real women: “I always tried to be the 90-pound white girl, only because we did a lot of classical training there and all of the ingénues in Shakespeare, or whatever, were very small women. So I tried to make myself small — I don’t know how I did that — just thinking small. And I tried to have a high voice, which sounds ridiculous, right? I thought there was only one way to be sexy. I almost felt like I had to disappear. But it feels really good to embrace exactly who I am and be my sexy, to be my sexualized, to be my woman. It’s the joy of my life. And I think it found me at the right time of my life too, when I’m really unapologetic for who I am. I think women want to see themselves on TV. We’re in the 21st century and I think we need to woman-up. Shonda Rhimes is the one who is fearless with it. ”

5. Even the Actors Don’t Know What’s Going to Happen.

SEASON ONE SPOILER ALERT: We fans already know who killed Sam Keating, one of the prime mystery plots in the first half of season one. Alfred Enoch didn’t find out that his character, Wes, was going to be the murderer until the table read of the revealing episode. “When I got the script for the night,” he said, “I was like, ‘Whaaat? People!’ That was crazy just because I’d never worked in that way, you know? It was something very new to me … If you’re playing Othello, it’s useful to know if you’re going to kill Desdemona. Not like you’re going to walk around [looking like] you’re going to smother her every five seconds. But It can help you to build to that, or to not build to that.” Findlay expanded that actors are often tempted to play the ending because it serves as an anchor for the characters, in which case, not knowing the ending can actually be beneficial.

When the destiny of a character is unknown to the actor, Viola Davis feels a strong decision must be made in the moment. “That’s my big thing. You just have to jump. You have to have a leap of faith. Hopefully, whatever you do is going to inspire the writers to continue on that path. But that’s all you can do as an actor. You don’t have a choice. It’s not like you can just stand there and make no choice.”

Liza Weil, who plays Bonnie Winterbottom, has been in four of the Shondaland shows, including each on TGIT night. Shonda Rhimes was a fan of Weil since seeing her on Gilmore Girls and asked to meet. The idea of a general meeting with the high-profile producer terrified her because “the idea of just being myself in a room feels a little daunting.” The meeting got rescheduled multiple times and Weil joked that she felt her “authenticity diminishing” with each postponement. After day-player roles on Grey’s Anatomy and Private Practice, she read for a few roles on Scandal and landed Amanda Tanner, which was a “super dark thing to do.” For Murder, she read for Pete Nowalk and Betsy Beers; Shonda wasn’t even in the room. “I feel like {Shonda’s] just an intensely loyal person who fiercely believes in this stable of actors that she creates and uses over and over again,” Weil said. “I’m extremely grateful.”

7. To Get into Character, Jack Falahee Journals, Creates Song Playlists, and Image Collages.

In order to get into the headspace of Connor Walsh, actor Jack Falahee (Connor) said he does “a lot of action-based work from Stanislavski, blah blah blah.” But what also helps him is making separate playlists for different scenes with “emotional prep songs” that he loves. “I was really digging Phantogram,” he told us, “which is funny because then they used Phantogram in episode nine as the climax song. I was, like, going through PTSD watching.” Aside from digging Phantogram, Falahee admitted that he has a soft spot for Taylor Swift’s “Shake It Off.” “When I heard that song I think I listened to it, like, 45 times. I had never heard of it, I was so late to the game. And then I was working out and it came on. I was, like, ‘What is this?’ Taylor Swift, she’s great.” Or as co-star Matt McGorry (Asher) referred to her, “T-Swizzle.”

But Falahee also does journaling as his character and now, upon advice from a friend, he has begun dipping his hand into the world of character collaging. “I had read Inside the Actors Studio with James Lipton, and Johnny Depp was talking about — for his crazy characters — he goes and he does image boards. Like for writing an essay or decorating or however you have it. So I’ve been collaging images but it’s like psychotic. I took it apart.”

Davis shares her thoughts on how Murder is groundbreaking network TV, beginning with the casting which, she feels, has pushed some buttons. “Shonda always says, ‘It doesn’t feel unusual to me.’ It feels like Tuesday morning to her. Putting a mixture of people that look like America, that look like your day-to-day. That’s it.” But progress is not just in the casting, it’s in the risk-taking too. “I feel a huge sense of responsibility to be as honest and risk-taking with Annalise and, to a certain part, you’ve got to think about your audience. I get it. But the most progressive people who have moved anything forward are the people who acknowledge that but then say, ‘I’m not going to kowtow to it 100 percent. I’m going to take a risk. I’m going to go down that one alleyway that hasn’t been explored and see how it lands.’ [Creators] Shonda Rhimes, Betsy Beers, Peter Nowalk, Bill D’Elia, they’re willing to go there.”

Charlie Weber senses a tonal shift in what network audiences are more willing to accept: “Audiences are very receptive to [the] tone and it’s allowing us to kind of push in that direction, and have that be accepted. I don’t know that we could have been a show even five years ago. But now with what cable has done, it’s translating to mainstream, to the point that we can be dark and gritty and messy and it goes over.”

How to Get Away with Murder returns tonight, Thursday, Jan. 29, on ABC at 10 p.m. Will you be watching? 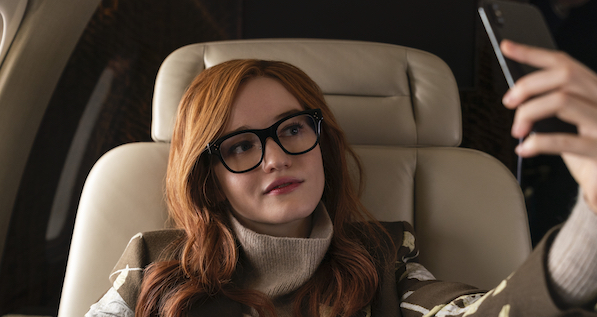 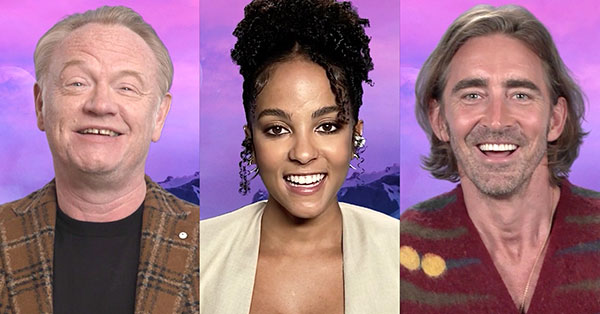