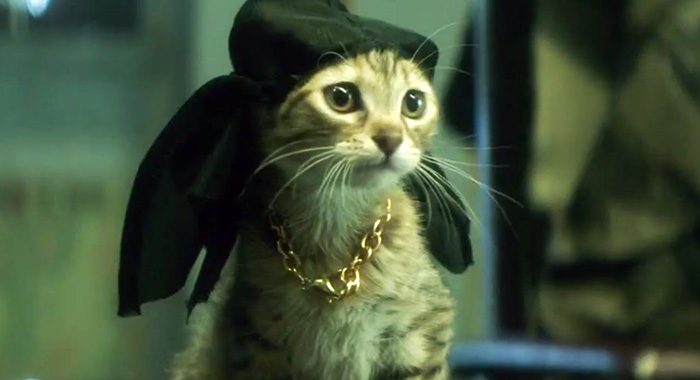 Keegan Michael Key and Jordan Peele team up with their Key & Peele director Peter Atencio, along with Method Man, Nia Long, Tiffany Haddish, Luis Guzmán, Will Forte, and plenty more, to bring you a story about a tiny kitty, whose inherent magic causes a kind of madness in several rival gangs, each striving to possess the feline. We caught up with them on the set in New Orleans to discuss pet jealousy, do-rags, and Groupon.

METHOD MAN IS THE KITTEN WHISPERER

Clifford Smith, aka Method Man, is so in tune with tiny cats that he puts Robert Redford, horses, and all of Montana to shame. The crew put a great deal of effort into finding the exact piece of footage for us that showed how, when Method Man held the kitten in his palm, it instantly stopped trying to wriggle out of its tiny do-rag and fell asleep. The fierce cuteness of Baby Panda Sneeze is a thing of the past, thanks to this team of kittens.

KEANU IS MORE THAN JUST A CAT

He is actually several kittens, changed out over the course of shooting for size consistency, who all have unique skills sets like sleeping, jumping, walking, and scratching. Although they all share some kind of mind-meld with Method Man, they regularly made the rounds through the rest of the cast and crew, angering the crew’s personal pets (especially Atencio’s cat). The most popular kitten charmed everyone with advanced moves like falling asleep on actress Tiffany Haddish’s chest in between takes. And was this movie cat named after THAT Keanu? Jordan Peele confirms that their Keanu is “The One,” even though he is in reality The Many.

Director Peter Atencio and his crew put a great deal of effort into finding New Orleans locations that evoked a strong Los Angeles feel, where the movie takes place.

BEEF UP YOUR NETFLIX QUEUE

Since they started working together, this team has completed what they estimate is 300 short films together that all have the same reverence for film and TV. Keanu was a natural extension of that, so the film directly references some of their favorite movies and TV shows both situationally and with characters. Keep an eye out for notes of The Wire, New Jack City, Raising Arizona, and True Romance, among others. Haddish says her characters reference people from Set it Off and Boyz in the Hood.

The first person we made contact with on the set was Luis Guzmán, who was covered in (fake?) blood and very apologetic about it. He said he would have cleaned up for us if he had known, and said it had been a “hard day.” He mopped the blood/sweat from his brow as he declared his love for his director and co-stars, saying that he “loves their brand of comedy” and that he wanted to be on the Key & Peele show so badly that he leapt at the chance to do a movie with them. They love each other so much, they even went on a swamp tour from Groupon together… even though they accidentally didn’t buy enough tickets, and had to hustle their way onto the tour.

AND JUST FOR THE RECORD…

If it made any sense, Jordan Peele would have put an OJ Simpson hologram in this movie. 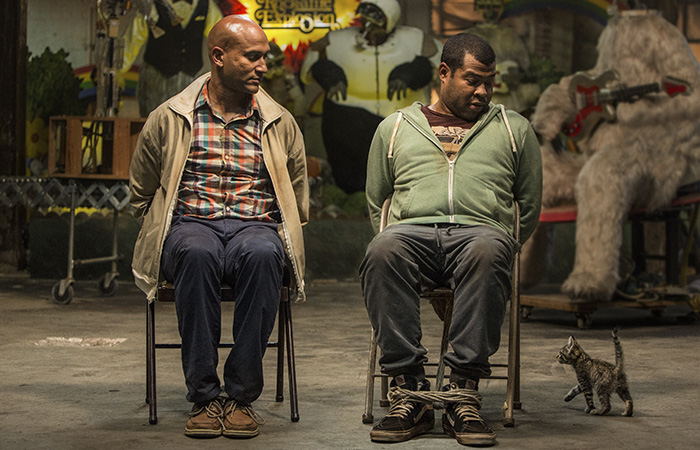