In the midst of a busy spring premiere schedule, Marvel’s Cloak & Dagger returned to Freeform on April 4 with a special two-episode premiere, highlighting the confidence of the sophomore show as an outlier in Marvel’s television business.

Starring Olivia Holt and Aubrey Joseph as two teens whose super powers work together by harnessing the powers of light and dark to save their city, Cloak & Dagger flew largely under the radar during its first season. And while superpowered teens may be nothing new, the show’s New Orleans setting and suggestion of fate as the reason for the “Divine Pairing” getting their powers make it a singular experience. And as we discussed with the cast and producers of the show during WonderCon, the show’s second season will solidify the fact that Cloak & Dagger is a show worth checking out. Here are five key reasons why.

1. The Characters Are True to Their Comic Book Sensibility 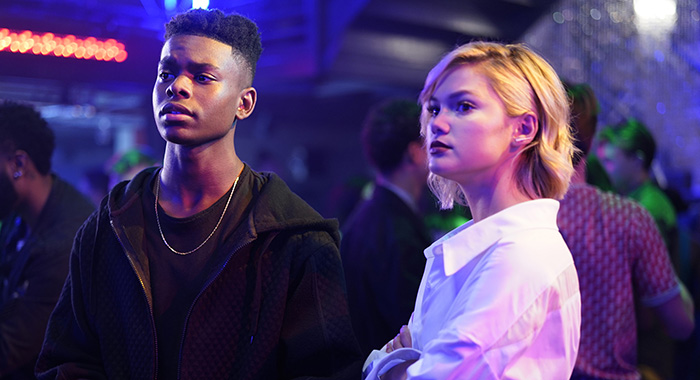 While the two lead characters may not have the costumes of their comic book counterparts, executive producer Jeph Loeb noted Tyrone (Joseph) and Tandy (Holt) were never the sort who said, “Let’s stop the bank robber.” From early on in their story, they faced issues of homelessness and drugs — problems not easily corrected with a few fistfights or quips.

“They were always there to protect the people that couldn’t protect themselves,” Loeb said. “So nothing is truer than what we live to do on the show.”

The season 2 premiere saw Tandy and her mother in counseling to finally confront the memory of Tandy’s abusive father. It also led Tandy on a journey to better understand why some women refuse to fight or flee when caught in those situations. As with the comic book of the 1980s, it is something she cannot easily tackle with her powers or even her tenacity.

2. The Training Wheels Are Coming Off 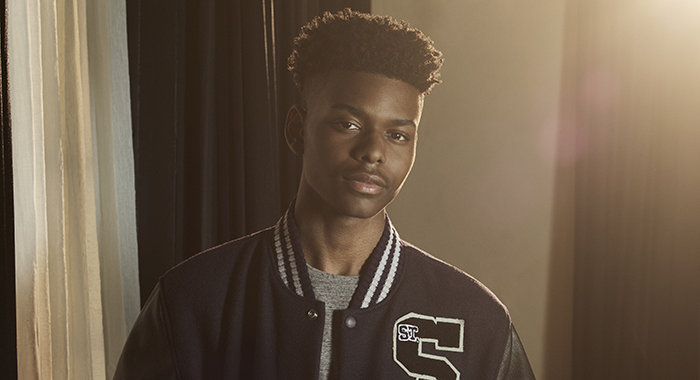 According to Holt, the first season saw Tandy and Tyrone facing the world with the training wheels on.

“They’re sort of still trying to grasp and cope with the powers that they’ve developed, and also they have been sort of forced to be friends in a way, and they didn’t have to be,” she explained. “But they’ve chosen to take on that role in each other’s lives and they are, they’re better together than they are apart.”

Naturally, the second season will see these training wheels come off.

For executive producer Jeph Loeb, the first season concluded with a key question: “Can we actually now become heroes and put our lives on the line and put the rest of our lives on hold in order to do that?”

The answer to that question will lead to Tyrone and Tandy properly becoming Cloak and Dagger, respectively.

While nothing in the first two episodes suggested the duo would be facing any more perilous situations than they did before, the episodes began to illustrate the world as a more complex place. Tyrone, for example, teleported into an ambulance that was apparently kidnapping a young woman. He involuntarily teleported away before he could help her, but seeing her set him off on a quest to understand what is happening to him. The situation also dovetailed with Tandy’s story as the woman in the ambulance turned out to be a victim of domestic violence she could not help. 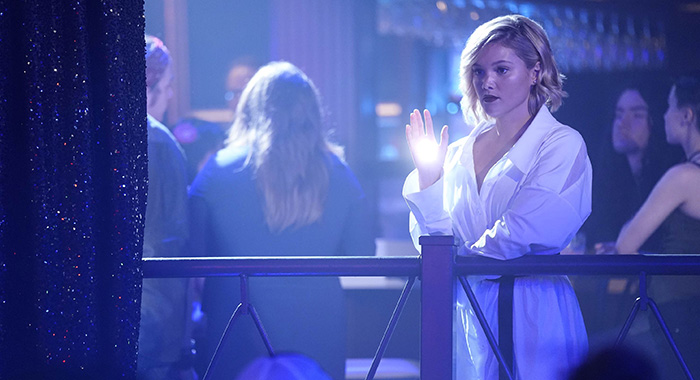 Cloak & Dagger ended its first season by giving Tandy and Tyrone a legitimate win. They fulfilled their destiny and saved New Orleans from a cyclical calamity requiring the sacrifice of a generational “Divine Pairing.” But with both of them surviving — a new element in the show’s particular mythology — the two are now looking at become vigilantes to give them a new purpose.

“[In the] second season we step into the realm of human trafficking,” Holt said. “It is a really intense journey for both Tandy and Tyrone.”

That journey begins with the woman in the ambulance, and, as showrunner Joe Pokaski noted, helps form a key story for the season.

“When we started talking about this season, we had talked a little about human trafficking, and how everyone knows the term but not everyone knows how widespread it is — that there are hundreds of thousands of men and women being trafficked for both labor and for sex,” he said. As both Tyrone and Tandy experience the sort of marginalization that leaves people vulnerable to trafficking, Pokaski and his team thought “they could be the heroes for some of these forgotten people.”

Luckily, the pair will have honed their powers in the eight months between the end of the first season and the beginning of the second.

Of course, he has plenty of time to settle in to those powers as he is still hiding out in the old church and evading the cops who are accusing him of a murder he did not commit. Which, as it happens, inverts the status quo from season 1, which saw Tandy living in the church and Tyrone living at home with his parents. Joseph said Tyrone’s relationship with his family will continue to be explored despite their separation. He also said it may even lead to some “interesting” developments. 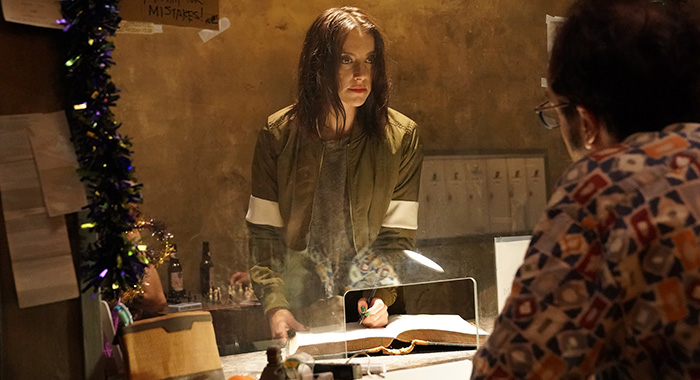 While Emma Lahana created an offbeat cop in the form of Brigid O’Reilly during the show’s first season, fans of Marvel Comics know Brigid better as Mayhem, an apparently undead former cop who can issue a paralyzing gas and attack foes with razor talons. It seemed that version of the character was teased in a stinger scene at the end of the season. But as viewers saw in the second part of the season 2 premiere, Mayhem is not as much contained within Brigid as it is something she must face head on.

“She’s so different from Brigid,” explained Lahana, who plays both versions of the character. Unlike her comic book counterpart, the two characters inhabit two separate bodies. “Her physicality is very different. Mayhem is kind of in this fight or flight mode at all times, whereas Brigid’s about more protective of herself,” she added.

Pokaski teased that Mayhem may not be the only new featured character joining the show’s ranks in the weeks to come.

It is a sensation he wants to recreate on the television series: “I want to make sure they are best friends.”

Added Joseph, “You have these people from two totally different backgrounds that can connect. For them to have a companionship and to be the one person that they can trust was what was so beautiful to me.”

Holt echoed his sentiment, saying, “I know everybody wants to see them get a room or something, but it’s like right now the companionship that they have is so sweet to me.”

The opening episodes of the new season illustrates the newfound BFFs’ sense of companionship, with Tandy stealing her way into Tyrone’s old school so he can get course plans and textbooks, and the two enjoying movie nights together. They also still squabble because they are both quite stubborn, but it nonetheless reveals a certain closeness between the two that’s a bond beyond their status as “The Divine Pairing.”

Loeb hopes it will prove “inspirational” for the program’s key audience.

“[Hopefully younger viewers] recognize that people of that age can have male friends and female friends and friends that are interracial,” he said. “All those things go into the complicated world that they live in, but there’s no doubt in anyone’s mind who watches the show, how deeply [Tandy and Tyrone] care about each other.”

That said, a romantic relationship is still the pair’s likely trajectory, as Pokaski teased, “I think the best love story is about falling in love with your best friend.” 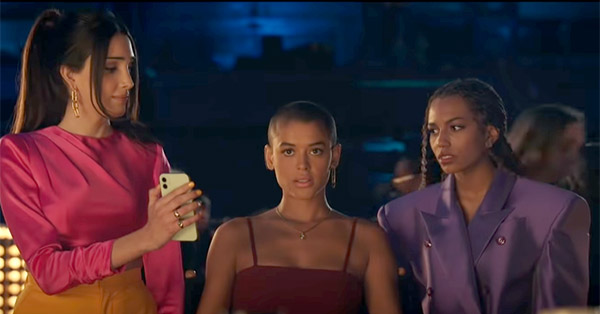 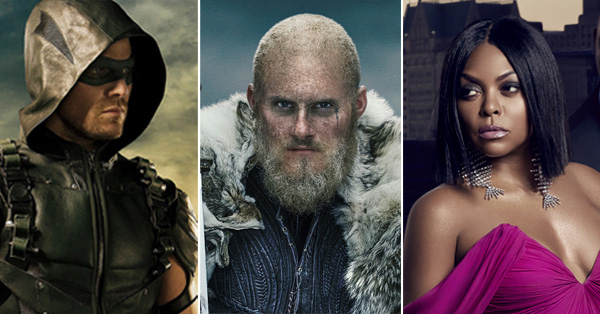