From Buffy to Star Trek, here are some of our favorite moments that demonstrate why sci-fi and fantasy have resonated with queer audiences for so long.

Science fiction has long been a home for LGBTQ people in pop culture. After the Motion Picture Production Code in the 1930s banned queer depictions, many queer people found resonance in the double lives of characters like Superman or the dual identity of Spock in Star Trek. Sometimes, such representations feel so close to queer experiences that they become queer icons themselves, as with the character of Jadzia Dax from Star Trek: Deep Space Nine, who resonated with the transgender audience.

However, only relatively recently have these representations been able to become more explicit, not shrouded in metaphor, allowing queer fanbases to find even more joy in finally being represented. With that in mind, Rotten Tomatoes shares our favorite explicitly queer sci-fi moments.

1. Buffy the Vampire Slayer – Willow and Tara Finally Confirm What We All Knew 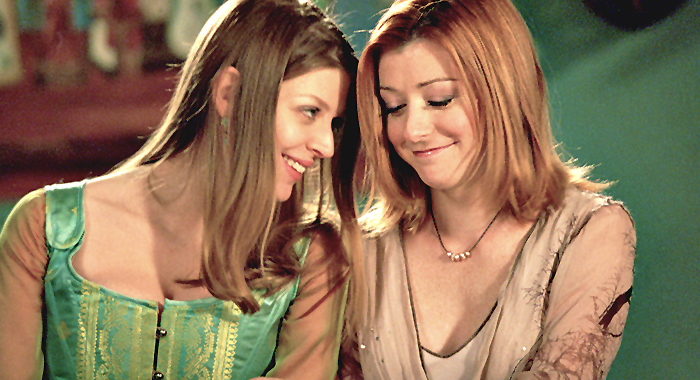 Despite the recent controversies surrounding its creator Joss Whedon, Buffy the Vampire Slayer remains a seminal genre classic for many fans. One of the main reasons was the show’s numerous female characters, who not only didn’t need saving, but were the saviors themselves. One of the most prominent was Alyson Hannigan’s Willow, who grew from meek schoolgirl to badass witch over the show’s run.

Willow’s early stories involved her finding romance with her high school boyfriend Oz, played by Seth Green. However, upon reaching college in the show’s fourth season, Willow realized they weren’t meant to be. She met Amber Benson’s Tara at a Wiccan group not long after that, and the two were soon inseparable. Their relationship grew through looks and touches that never felt overly fetishized, as many lesbian relationships were at the time.

However, many queer fans, who were used to having to read into subtext, never thought the show would officially canonize Willow and Tara’s relationship. All this made their eventual confirmation of love even more powerful. In the season 4 episode “New Moon Rising,” Willow brings Tara a candle after the power goes out. Tara timidly expects Willow to leave, saying, “I understand… You have to be with the person you love,” to which Willow smiles and replies, “I am.” It was a moment that changed television history and lesbian representation forever.

2. Doctor Who – The Introduction of the “Flexible” Captain Jack Harkness 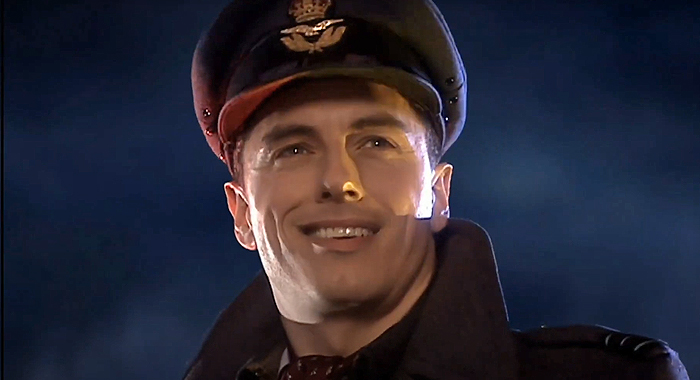 When Doctor Who returned to television in 2005, no one knew what to expect. While its first few episodes indeed showed promise, one of the early signs that the show was willing to take risks and bring something new to the table was the introduction of Captain Jack Harkness (John Barrowman).

Introduced in the episode “The Empty Child,” Jack initially seems like a typical womanizing Prince Charming-type, endlessly flirting with the Doctor’s companion Rose as he reveals that he’s actually a time agent from the future stuck in the past. However, as the two-part storyline progresses, we see more complexity to his charm.

Attempting to infiltrate a guarded facility in the follow-up episode, “The Doctor Dances,” Rose offers to flirt with a guard as a distraction, but Jack steps in: “You’re not his type.” As Jack heads off, the Doctor states, “Relax; he’s a 51st century guy. He’s just a bit more flexible when it comes to ‘dancing,'” to which Rose exclaims, “What, that’s what we do when we get out there? That’s our mission? We seek new life and – ” “Dance,” grins the Doctor. It was the first sign that executive producer and Queer as Folk creator Russell T. Davies planned to ensure this new iteration of Doctor Who felt genuinely 21st century. 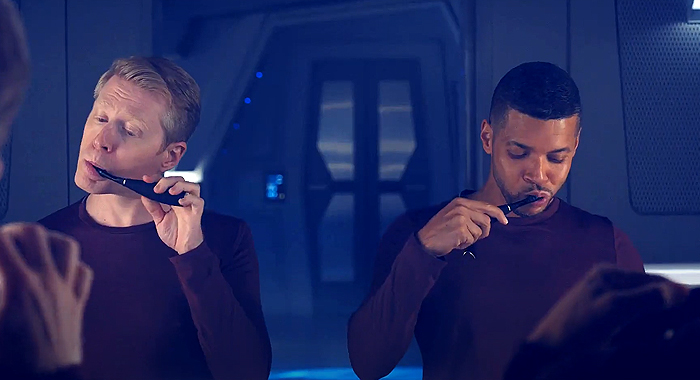 Star Trek has long loved to tout its diversity as one of its main selling points, going back to the cast of the 1960s Original Series. Yet one frontier that sadly remained mostly unexplored outside of small moments was the depiction of explicitly LGBTQ characters, something finally rectified in the franchise’s return to TV with Star Trek: Discovery.

Much of science fiction, even Discovery itself, is defined by bombastic moments, thrilling action, and surprising drama. By contrast, Star Trek’s best queer moment remains one of its quietest. After an episode filled with complex ethical questions that put Doctor Hugh Culber (Wilson Cruz) and scientist Paul Stamets (Anthony Rapp) at odds, the show pulled a surprise twist to reveal the two were husbands. They share a simple moment brushing their teeth together, kindly reaffirming their love despite their disagreement. It’s a tender beat of a kind that often gets overlooked in sci-fi, one that marked the beginnings of modern Star Trek becoming one of the most LGBTQ-friendly franchises to date.

4. Sense8 – A Big Trans Wedding to Wrap Up the Series 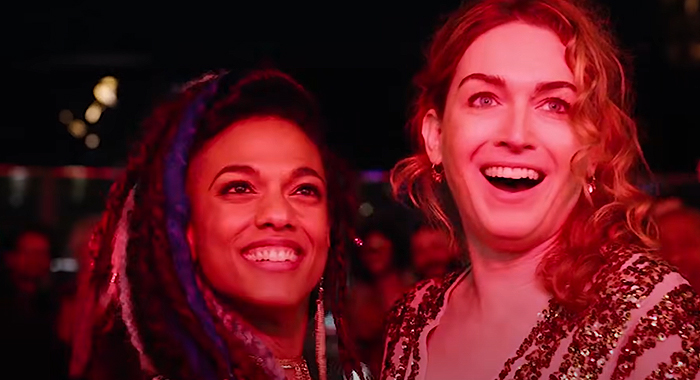 Sense8, created by The Matrix’s Wachowski Sisters and Babylon 5’s J. Michael Straczynski, is an oft-forgotten gem filled with breathtaking action and adventure. Yet its most significant selling point was how the show reveled in the totality of humanity, representing numerous characters of various cultures, sexualities, gender identities, and nationalities in a single story.

The show has a number of great LGBTQ moments, but its best came right at the finish line. In the series’ feature film finale, after the Big Bad has been defeated, the show ends with a joyous celebration: the marriage between Nomi and Amanita (on the Eiffel Tower, no less). It’s a raucous party, made even more effervescent not only by its queerness but by the fact that it centers on an interracial couple and a trans woman finding joy in the end, something most earlier queer stories didn’t often offer. 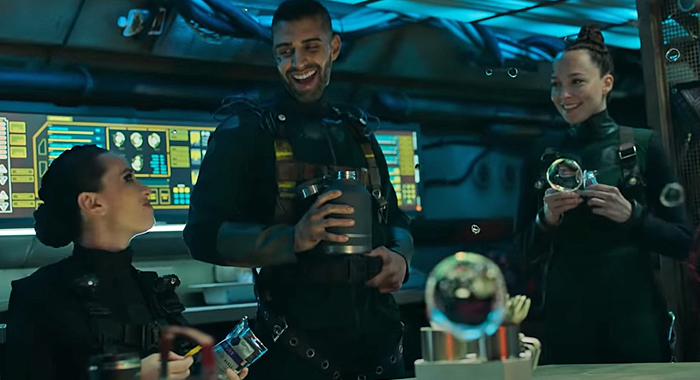 The Expanse is one of the most sprawling, complex science fiction series to date, and that doesn’t stop when it comes to the show’s relationships. The series had already established that polyamorous families were common in its early seasons, with lead character James Holden (Steven Strait) being the child of five fathers and three mothers. But the show’s most earnest depiction came in season 5, when it was revealed that Cara Gee’s Camina Drummer had become part of a polyamorous queer family.

Initially a side character with little screen time, Drummer quickly became a fan favorite due to her commanding presence, strong will, and intense stare. So it was fitting that the show finally let us see a more vulnerable side to her character as she entered into a loving, healthy polyamorous relationship onboard her Belter ship. Not only that, the depiction of polyamory felt grounded, earnest, and open, as opposed to the more vilified or sexualized depictions featured elsewhere. It truly showcased in microcosm what made The Expanse so great.