5 Directions The Boys Can Go in Season 4

In the wake of the explosive season 3 finale, we break down what could be in store for Butcher, the Boys, Homelander, and more as the series ramps up the stakes.

Another season of The Boys has ended with Butcher (Karl Urban) one step closer to his goal, yet further from the humanity he seemingly wanted to preserve (granted, that last part is debatable). Indeed, for all the mayhem unleashed in the series across its third run of episodes, the devastation in Butcher’s own heart seems the most potent – and that’s considering all the casualties in the “Herogasm” episode.

But that’s just one of the things we’re left pondering as the third season of The Boys upended so much of the status quo, re-framed its satirical streak into something more real, and exposed all of the rot in its key superhero team. The season finale may have created a certain calm before the storm, but we still have to ask “where does it go from here?” Unlike many comic book adaptations, the original Boys comics are not immediately a crystal ball, as the television program remixed a lot of ideas, characters, and fates. Nevertheless, we are going to use some ideas from the comics, combine them with the new statuses of both the Boys and the Seven as season 3 closes, and try to discern what’s left to do and who else Butcher can kill.

The Boys Vs. Butcher 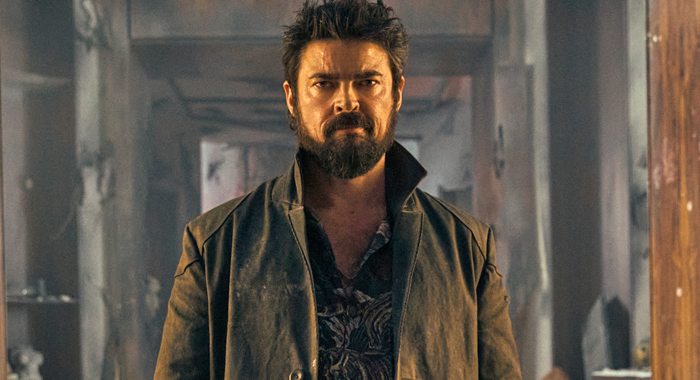 Let’s start with the most direct conflict teased in the season 3 finale: Butcher turning on the Boys. Now with Annie (Erin Moriarty) voted in as a member – in fact, the vote itself is a first, as the others claim the team is now a democracy – it’s clear Butcher’s stated and unrevealed motivations are now in conflict with the team. Hughie (Jack Quaid), Mother’s Milk (Laz Alonso), Frenchie (Tomer Capon), and Kimiko (Karen Fukuhara) went through a lot this season, and it has left them all questioning Butcher’s methods. Indeed, it is interesting to note the disillusionment with Butcher comes after Hughie’s notion of “the right way” is also shattered. But as often seems the case in the work of Boys co-creator Garth Ennis, believing in anything is the greatest folly.

As it happens, Butcher in the comics is even more dedicated to cruelty and pain than his TV counterpart – so much so that he violently ends the Boys when they discover his true plans for the supes and the modified Compound V. Back in the television version of events, Butcher responds to the Boys’ rebellion by identifying their next target, but we can’t help thinking some of the comic book Butcher’s more sadistic side will spill out in season 4. 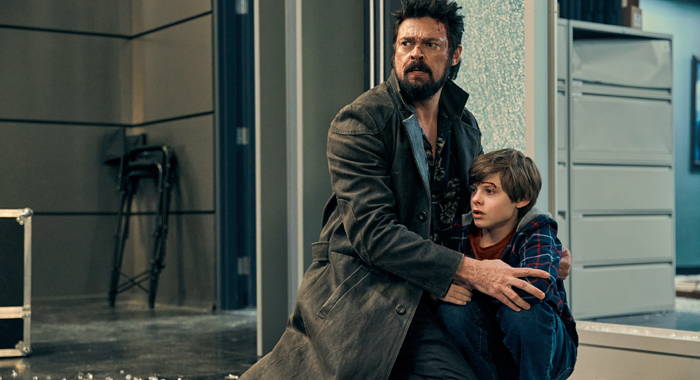 Then again, this is the dichotomy the show has been playing with the whole time. Although Butcher is a man of violence raised in a violent home, he has a more thoughtful and nurturing side. Although, the fact he can only express it to Ryan (Cameron Crovetti) or Hughie – and never in public settings – is proof that he will always default to that more violent element of his nature. Also, as both Annie and Kimiko noted across the season, Compound V just makes a person more themselves, and the sadistic violence Butcher unleashed thanks to his newfound powers is very much the nature of the man: regardless of the hurt inflicted upon him as a boy, he also wants to inflict it because, deep down in his mind, it is fun.

So, for whatever physical violence may occur in a season 4 showdown between Butcher and the Boys, there is also a battle for his soul to consider. Can he come to grips with his violent streak and why it motivates him the way it does? If so, he might be redeemed even if the modified V kills him. 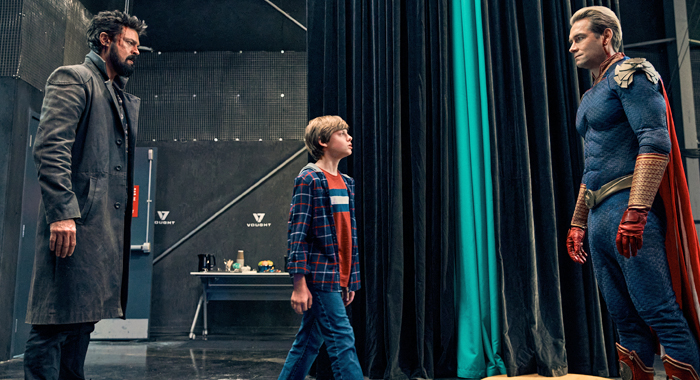 At the same time, there’s something to be said for Butcher failing – both himself and in his promise to Becca (Shantel VanSanten). As seen in season 3, he royally messed up his relationship with Ryan, and the show is within its rights to see both characters end in tragedy as a result. This failure could take a simple form: Ryan accepting Homelander’s teachings and further deepening his hatred of Butcher. But it could also go to a darker place, with Butcher ultimately ending Ryan’s life as part of his need to hurt as many supes as possible.

Yeah, we admit that’s pretty bleak and at odds with the sweeter heart of the show, but Butcher’s actions in season 3 (to say nothing of the earlier episodes) open the door for something bleaker. And considering the tone of Butcher’s behavior – expressed in the show as something far more serious than the hi-jinks of season 1 or 2 – we’re not entirely sure if Butcher deserves anything but to see his all his failures played out in the bloodiest way possible.

The Boys Vs. Victoria Neuman 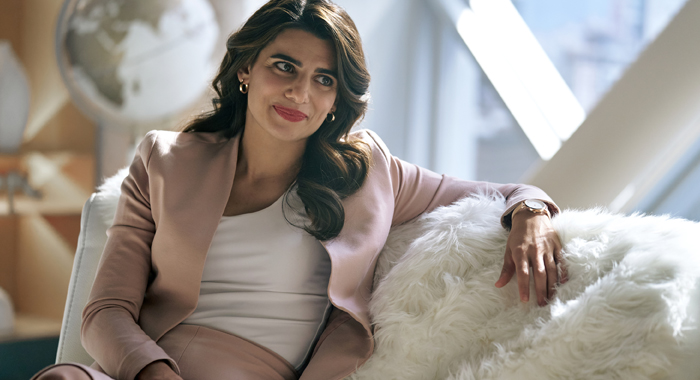 In the gulf of time between season 2 and 3, we were convinced super congressmember Victoria Neuman (Claudia Doumit) would be more of a threat in the third year than she ultimately became. But even if she took a backburner to the more immediate threats of Homelander (Antony Starr) and Soldier Boy (Jensen Ackles), she is still dangerous. In terms of a physical threat, she can still pop people’s heads into a mass of brain matter and blood. Beyond that, there is her prowess for politics and power plays. She undid her own adoptive father, Stan Edgar (Giancarlo Esposito), and used Homelander as both a scapegoat and an asset. She also used all her skills to guarantee a spot as Vice President on the Robert Singer (Jim Beaver) campaign.

Also, just as an aside, we love that Beaver will always be Robert Singer, whether it’s Supernatural, The Boys, or something else.

Although Neuman seemed more inspired by real-life congressmember Alexandria Ocasio-Cortez in her early season 2 appearances, the character’s roots trace back to the comic book. There, a Victor K. Neuman served as VP to Dakota Bob. Portrayed as functionally illiterate and unable to do basic tasks, his primary goal was to see Dakota Bob die so he could ascend to the presidency. He gets his wish, although his administration is mainly directed by Vought executives and brought to an end by Homelander (more on that in a moment).

It is easy to imagine season 4 picking up this thread, at least in the broad strokes – Victoria Neuman helping Singer win the presidency and then finding a way to remove him so she can control the Oval Office. But unlike her comic book counterpart, we doubt Vought will be able to push her around. She has an agenda, one powerful enough for her to ally with Homelander to achieve it. We’ll assume it may have something to do with securing a safe future for her daughter, but like so many other characters on The Boys, the cruelty may also be the point.

Homelander Vs. The World 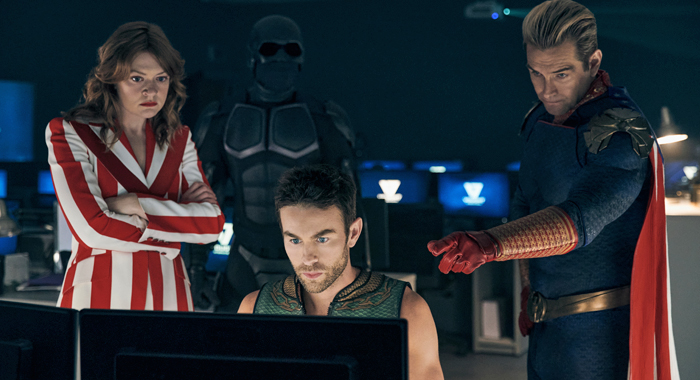 Now that Homelander has an army of angry people on his side, it is pretty clear where things will go. Indeed, The Boys comics depicted the leader of the Seven executing a coup d’etat long before there was a television show to even dream of tying the character to imagery of the 1/6 insurrection. And like the comic, this feels like an inevitability for the television series.

Going into the fourth season, he is still in a transactional relationship with Neuman, which could delay the coup if most of the season takes place during the latter part of the Singer/Neuman campaign. But it will be interesting to see how his now rabid base will change his situation within Vought. Will he still be popular enough in terms of pure numbers to maintain his control? Will it have to get increasingly violent as verbal threats to Ashley (Colby Minifie), the Deep (Chace Crawford), and A-Train (Jessie T. Usher) start to become less effective? Or will everyone in the tower end up as dead as Black Noir (Nathan Mitchell)? 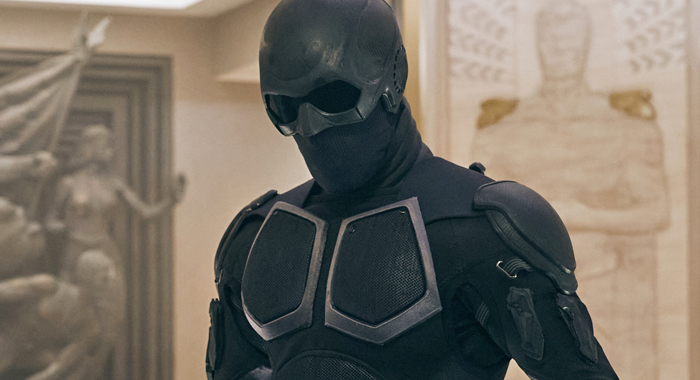 Interestingly enough, the Black Noir of the comics was not only a clone of Homelander, but the true culprit behind much of Homelander’s more sadistic and depraved behavior.

The comics also see a switch in Homelander regarding Vought. The coup is, in part, an attempt to free supes from the company’s control. It is possible some part of the television Homelander will come to this conclusion. Although, considering how the series set itself apart from the comics, he may always need the approval points to prove his worth and corporate access to facilitate his grand ambitions and petty wants. And, yeah, that probably makes him more dangerous than if he believed in something. If he does take control of the government from Singer or Neumann, it will likely be the result of a personal slight or another setback.

Of course, such a plot development would have to be endgame for the series. It is part of the comic book’s climax, and we can’t imagine the show could do a year of Homelander as the president. They’ve already used up a lot of the “good” material in that satire with him just serving as captain of the Seven. 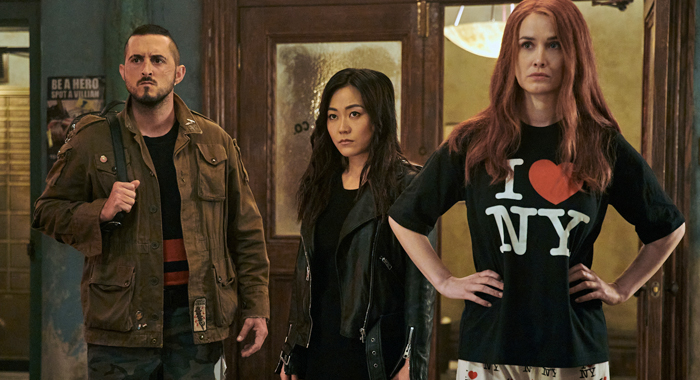 While Maggie’s (Dominique McElligott) apparent escape from her life as Queen Maeve speaks to the lighter, sweeter side of the series, we’re not completely convinced this is the end for her. It is easy to think that the program’s mean streak may yet rob her of this victory.

It’s that mean streak that makes so much of this show hard to predict. Every time it appears A-Train has finally learned his lesson or feels some true remorse for his actions, he still makes the most self-serving choices. Butcher can see the way out of his predicament on the horizon, but he always succumbs to his nature. Mother’s Milk also can’t win against his anger, even if he managed to salvage the relationship with his daughter. And though the show moves heaven and earth to protect Hughie and Annie, they often feel like the only people who can withstand the show’s belief in cruel people always faltering back into their cruelty.

Then again, Hughie and Annie always reconnecting is some sort of hope in the bleak world of The Boys, isn’t it?

What are your predictions for season 4 of The Boys? Let us know in the comments!