Let’s pour a stiff vodka martini and toast the late-great actor’s top moments in that story of a wealthy family who lost everything. 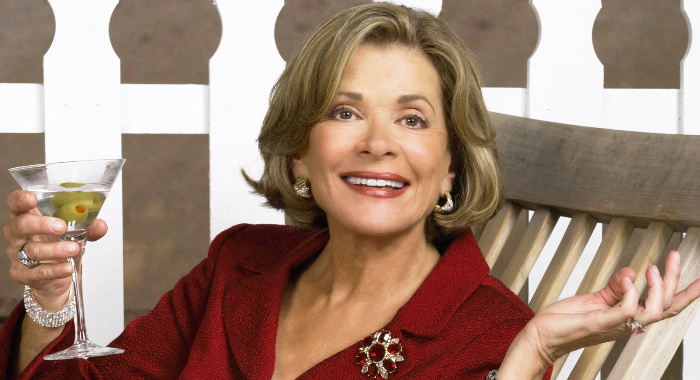 Fans of Arrested Development are reeling from the loss of Jessica Walter, who passed away at 80 on March 24. Her turn on that show, as vindictive, booze-soaked matriarch Lucille Bluth, was a marvel, a master-class in comic timing that showed off the actor’s uncanny ability to fire back cutting lines that dripped with vitriol. Lucille wasn’t just a character. She was a mood. And we can’t count the number of times someone – at work or a party or a family get-together – has dropped one of her delicious zingers to break the ice.

Walter’s storied career dated back to the early ’60s and was wide-ranging, boasting plum roles in everything from the classic Clint Eastwood thriller Play Misty for Me to the animated spy spoof Archer. “Even my ‘leading ladies’ – you know, in air quotes – were characters,” she told ELLE in 2019. “They were not Miss Vanilla Ice Cream. They weren’t holding the horse while John Wayne galloped into the sunset.”

Lucille Bluth, her character that arguably most struck a chord with viewers, was certainly no different. And it’s to Walter’s immense credit that she was able to stand out in one of the best-cast comedies ever – if not downright own certain scenes. Here are a few times where she did just that.

Just look at how Walter arches her eyebrows and closes her laminated menu after delivering “I don’t understand the question and I won’t respond to it,” one of the show’s most quotable one-liners. It practically screams: How dare you? Don’t you know who I am?

The Cost Of One Banana

Here’s another scene that shows just how out-of-touch Lucille is. “I mean it’s one banana, Michael. What could it cost? Ten dollars?” Lucille asks. When her son Michael (Jason Bateman) calls her out on her ignorance, Walters gives a curt “I don’t have time for this” while dismissively shaking her head in a way that wonderfully emphasizes her character’s entitlement.

One of the show’s best running gags – and there are a bunch – is Lucille’s private detective Gene Parmesan (Martin Mull) surprising his employer by showing up in shoddy costumes. Walter’s squealing in body-shaking, unadulterated glee at these reveals are absolutely delightful – and account for some of the few moments when Lucille’s pleasure doesn’t come at someone else’s expense.

Lucille interacting with servers – or anyone with a job, really – is always comic gold. But we’re partial to how Walter indignantly lashes out at one with this shrilly-delivered doozy: “If I wanted something your thumb touched, I’d eat the inside of your ear!”

Another running gag – there’s an excellent arc where Lucille mistakes a side-effect warning on her prescription as an invitation to get sloshed – sees Walter’s character doubling down on her attempt to be charming with Michael and coming off as absolutely ridiculous.

I'd rather be dead in California than alive in Arizona. pic.twitter.com/NRqCMTYOno

“Well I’d rather be dead in California than alive in Arizona,” Lucille shoots back at Michael upon hearing the news he’s moving to the Grand Canyon State. Marvel at the way Walter nods her head with conviction, eyes wide open.

A bunch of Bluths concocted awesomely absurd chicken imitations, usually to mock Michael for being a wimp, but Lucille’s version (making a flying motion with her arms and repeating “coodle-doodle-do”) might be our favorite.

“Look what the homosexuals have done to me.”

Lucille’s introduction in the pilot episode tells you just about everything you need to know about her character. Bonus points for how Walter emphasizes “dramatic” in her dig that “everything they do is so dramatic and flamboyant, it just makes me want to…set myself on fire.” 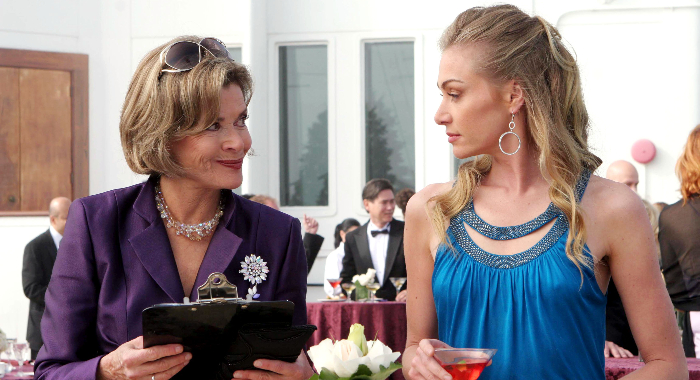 Lucille’s put downs of her daughter Lindsay (Portia de Rossi) are constantly amusing throughout the show’s run. But this scorcher of a line, delivered after Lindsay says she has the afternoon free, hilariously shows just how armed and ready Lucille is with a hurtful comeback.