And why it doesn't matter if George R.R. Martin's books ultimately end up telling a different story. 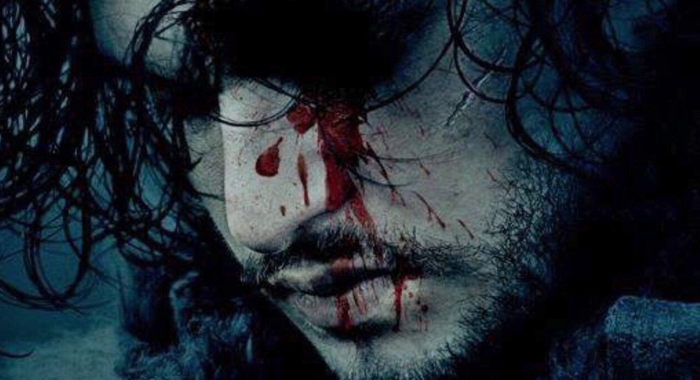 HBO’s official logline for the sixth season premiere of Game of Thrones states, “Jon Snow is dead.” But in a world filled with White Walkers, dragons, three-eyed ravens, and whatever the thing that used to be Ser Gregor Clegane is called, anything is possible.

Plus, as those of us who have read all of the books can tell you… Well, we don’t really know, either.

Game of Thrones’ sixth season is the first one in which most, if not all, of the major storylines we see will originate onscreen. That means no more debates about whether a particular plot twist played out more effectively on the page or on the screen. No longer do those familiar with George R.R. Martin’s A Song of Ice and Fire books have the advantage — or disadvantage, if you’re spoiler-averse — of knowing about certain plot twists in advance.

Indeed, with the exception of a few fortunate folks in the entertainment industry, the author, and the Obama family, nobody outside of HBO or the cast and crew of Game of Thrones can tell us whether Jon Snow (Kit Harington) is truly dead. Until 9 p.m. Sunday, April 24, we’re all in the dark, and it’s full of terrors.

That should be celebrated.

As much as everyone wants Martin to just finish his next book already, the fact that the TV series has moved ahead of the written word means we all get to enjoy the deliciously uncertain future together.

It also means Game of Thrones’s executive producers David Benioff and D. B. Weiss have been cleared to put their imprint on the series.

Granted, according to previous reports, Benioff and Weiss have discussed the plot trajectory of the remaining books with Martin, as one would expect. A franchise as valuable and lucrative as Game of Thrones could not possibly move forward without an official bible and an established endgame.

Besides, the executive producers have already made significant divergences from elements established in A Song of Fire and Ice, but most of these choices really haven’t taken the story that far off the road. The majority of Benioff and Weiss’s changes are completely understandable and necessary, from a logistical point of view. The books contain dozens of characters occupying various stations and branches on a forest’s worth of family trees. We get why a number of them have yet to appear, and perhaps never will.

As for the ones who made it into the show, some remain among the living in the books but, frankly, needed to exit the series. The tragic end of Stannis Baratheon’s quest for the throne, for example, was handled well and dispensed with a character whose accomplice, Melisandre (Carice van Houten), is far more interesting, if polarizing.

But now that Benioff and Weiss have been entrusted with the entangled fates of the remaining Starks, Lannisters, Tyrells, Greyjoys, the last Targaryen, and everyone else in Westeros, they have the perfect opportunity to course-correct.

Will the producers embrace that idea? That’s the more important question than whether Ned Stark’s bastard will rise again.

Given last season’s mixed reception of just about every episode (with the exception of “Hardhome“), Benioff and Weiss appear to be on more precarious ground with critics, as well as a number of viewers.

True, it won the Emmy for Outstanding Drama, one of 12 it scored in 2015. Regardless of any mistakes the writers have committed and will commit in the future, Game of Thrones is one of a scant number of series that enjoys the coveted status of being somewhat review-proof: the plot would have to utterly implode for viewers to abandon it.

Even if that were to happen, its smoking remains would still give rise to commentaries, podcast analyses, and reaction videos.

And the liberty granted to Weiss and Benioff doesn’t come free of an iron price. We can and do overlook the small stumbles, but the skewering of their largest mistakes, especially ones they repeat time and again, is heartily deserved.

The former seemed to be inserted for the purpose of titillation or mere voyeurism, as opposed to highlighting the terrible fate of those women; the latter merged a crime that happened to a character in the books who has not been introduced in the series into Sansa’s plot arc. The choice to do so was also completely unnecessary.

Yet Game of Thrones also spins the stories of some of TV’s most inspiring female characters, foremost among them being the Mother of Dragons, Daenerys Targaryen (Emilia Clarke). Assassin-in-training Arya Stark (Maisie Williams) has a huge fan base as well, as does Cersei Lannister (Lena Headey), who is impressively fabulous when she’s wasted on Arbor Gold.

Meanwhile, loyalists to the honorable Brienne of Tarth (Gwendoline Christie) may be quick to point out that her lackluster season five storyline tops the list of improvements to be addressed. Indeed, with so many characters to develop and service, a few — including Brienne – received short shrift while others probably could have gotten less screen time and not lost any of their impact.

This concern may, in part, inspire worry about the turns Benioff and Weiss will take as they draw this new section of the Game of Thrones map, plotting the show’s remaining journey. These missteps, if that’s what one believes them to be, were made when there was already a structure in place, a framework from which they deviated.

Then again, consider “Hardhome,” last year’s jaw-dropping, brilliant showcase of Weiss and Benioff’s imaginative punch. The executive producers leapt into the unknown, choreographing a chilling battle that revealed the overwhelming threat posed by the White Walkers, an evil force that has lurked around the fringes of the action since the show’s beginning. “Hardhome” at last showed the Walkers’ terrible might, adding a sharp urgency to the battle for the Seven Kingdoms.

Though that action sequence created what may be season five’s most indelible memory, equally as stunning – albeit much quieter – was a conversation between Dany and Tyrion Lannister (Peter Dinklage) over wine during the same hour. Bonding with one another by telling tales of family dysfunction, this moment between “two terrible children of terrible fathers,” as Tyrion put it, did not take place in the books. But it’s one every fan must have been aching to see. As tonally disparate as these scenes were, each rocketed the show’s plot forward in a meaningful fashion. That’s what we want – many more frames like these.

Is there reason to worry that Game of Thrones will fly off a cliff without Martin’s books to guide Benioff and Weiss? Of course there is. This is television we’re talking about; anything can go wrong, even with the best of series.

Greater than this concern, however, is the possibility for real invention. Benioff and Weiss have a chance to make their mark on Westeros in a way that’s noticeably different, and possibly even better, than what we’ve read in the pages. And if Martin takes the tale in an entirely different direction than what we see on TV, terrific. That means more stories to enjoy, with different surprises.

As for Jon Snow, he may be dead, but do you really think he’s gone? Please. Remember – that which is dead may never die, but rises again, harder and stronger.

You would be familiar with that saying, she wrote smugly, if you had read the books.

Former Seattle Post-Intelligencer TV critic Melanie McFarland is a Seattle-based writer and an executive member of the Television Critics Association who writes for various outlets, including Variety, Salon, and Geekwire.