Ed Harris, Evan Rachel Wood, and more discussed season 1 of their HBO hit at a 2017 PaleyFest panel in Los Angeles. 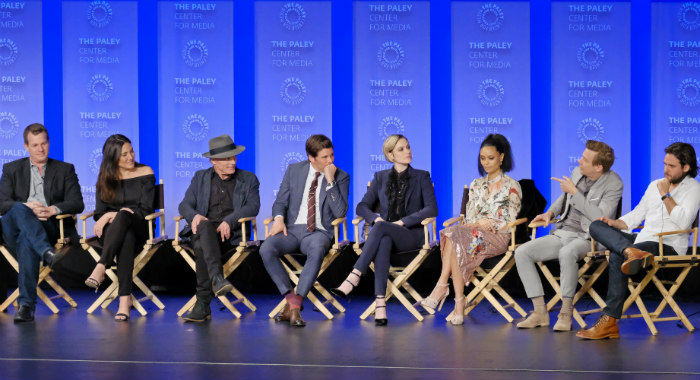 Freshman HBO series Westworld kept fans guessing throughout its mind-bending first season, toying with our senses of reality, humanity, and morality as it told a complex story about cyborgs in a futuristic wild west theme park. Since we didn’t quite get all the answers by the end of season 1, the cast and creators of Westworld turned up at PaleyFest to reveal secrets about the series — and hints about the closely guarded second season.

1. The cast didn’t know what was going on either

Showrunners Lisa Joy and Jonathan “Jonah” Nolan apparently had a fiendish tendency during filming to keep cast members in the dark about the overarching story of Westworld. Few of the characters’ narratives overlapped, so actors often didn’t know what was going on outside of their own arc — or how it would all come together in the end.

“They doled out the information — Jonah and Lisa — so beautifully,” said Jimmi Simpson, who plays white-hat William. “At one point, I think maybe episode two or three… I was like, ‘What’s happening?’ And [Lisa] goes, ‘I’m just going to say, you have, like, a hell of an arc.”

For his part, Ed Harris, The Man in Black (who was later revealed to be an older William), joked that he still doesn’t know what’s going on.

“I was by my trailer one day and someone said, ‘That’s the guy who’s playing you as a young man,’” he shared, referring to Simpson. “And I said, ‘What!?’”

“I didn’t know Bernard was a Host when we were doing those scenes — I had no idea,” she said.

The actors agreed that, while frustrating at times, not having the whole story allowed them to play each scene as it came.

“As long as I knew what Teddy knew in that moment [I was fine] — what his programming was, what was going through his mind, what comments all the guests and humans around him would say he would register and what comments he would not register,” James Marsden, who plays the perennially ill-fated Teddy, said.

Added Simpson, “it was so immersive, the way they gave us these characters bit by bit. You had to play the moment at hand.”

Joked Wood, “it helped that most of the time I didn’t know what was going on, so playing lost and confused worked.”

2. Maeve really did act on her own free will in the end 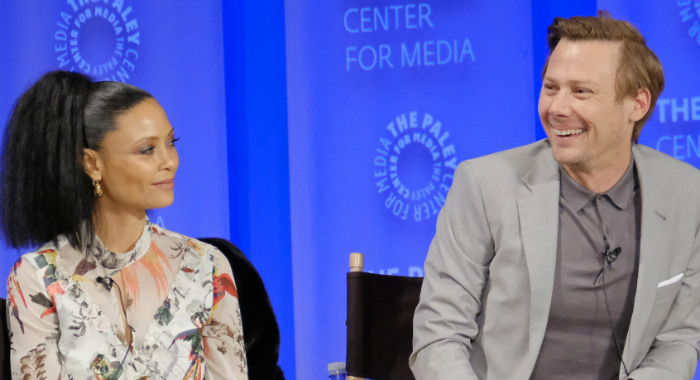 Fans were psyched to see brothel owner Maeve, played by British actress Thandie Newton, slowly become sentient and make plans to escape the confines of Westworld. That is, until Bernard reveals that whole “awakening” to be merely a narrative, programmed by someone or something for purposes not yet made clear.

“That was a horrifying moment,” Newton said, referring to both to the story point and her personal response. Because Newton didn’t know about that particular plot twist beforehand, her reaction on camera was as raw and emotional as many fans were to watching it.

But there’s an upside to that scripted escape narrative. When Maeve decides to jump off the train at the last second in “The Bicameral Mind,” returning to the theme park in search of her daughter, it was the first real decision she — and possibly any Host — ever made.

“It’s a very emotional moment in the episode because you’re really seeing the birth of free will there,” Nolan explained.

3. The show has a strong female empowerment theme 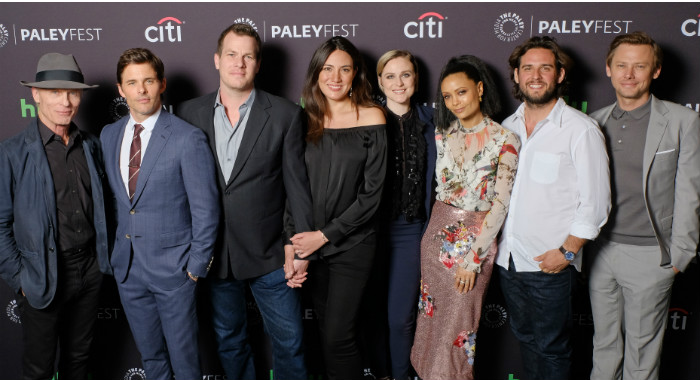 In her personal life, Newton is a fierce advocate for One Billion Rising, a charity dedicated to stopping violence against women. So when the Westworld creators offered her a role of an prostitute who gets killed nearly every day, Newton was a bit skeptical.

“When I spoke to Lisa Joy and Jonah and they said, ‘So you’re going to play a madam in a brothel, and you’re going to do — a lot of it will be naked, is that cool with you?’ I was thinking, ‘Do you know that I fight violence against women? Like that’s what I do in my spare time,” Newton said.

But she said that being nude on the show is “not gratuitous,” because the nudity — and the way the Hosts’ naked bodies are used and abused — helps drive home the idea that this is a world worth changing. 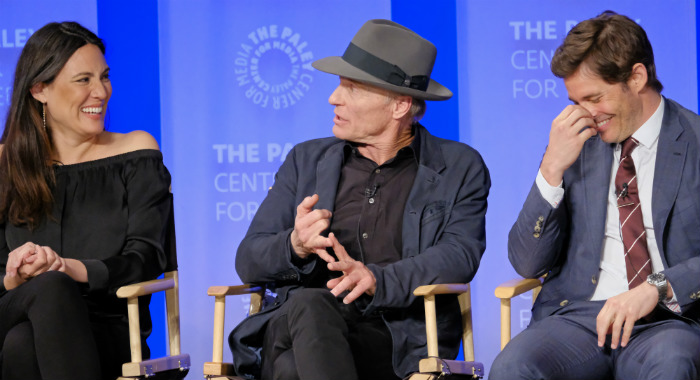 Nolan is notoriously tight-lipped about his projects and remained so about the upcoming second season of Westworld.

“It’s a musical,” Nolan joked when asked what season 2 has in store.

Teased co-executive producer Roberto Patino, “There will be a story, and it will f–k with the metaphysical at some point.”

Here’s what we know for sure: The second season is currently being written, and scripts for all 10 episodes will be done before filming begins. Joy was coy about whether production would start this summer, but regardless, all signs still point to a 2018 premiere date.

“It’s a 10-hour movie that we’re making,” Nolan said. “We’re writing right now and we are terribly excited about what we’re writing.”

Just don’t expect to see Harris in a Samurai World spinoff (or skyclad, for that matter).

“I just don’t want to be naked or wear a samurai suit. And I’m saying that publicly,” the actor said.

After all, he quipped, “Samurais don’t wear hats.”