Jason Reitman's affectionate sequel surpassed even its own studio's modest predictions to score a solid $44 million opening on the weekend of November 19-21, 2021.

Between critics railing over it being nothing but nostalgic fan service and its own studio lowballing expectations, Ghostbusters: Afterlife was not having a great week. Even with a solid $4.5 million in Thursday previews – a number that normally meant a $40-$50 million-plus opening – analysts were guesstimating a number in the low 30s while Sony itself predicted a potential $28 million start. Alas, Afterlife may not have set any records, but it should get the headlines it wanted this weekend as everyone writes how it rose from its dead expectations. That might be damning it with faint praise since, with the holiday season upon us and 10% of the nation’s five- to 11-year-olds getting their first shots, Ghostbusters could be primed to become one of the highest-grossing films of the year.

Ghostbusters: Afterlife took in an estimated $44 million over the weekend, which is the ninth-best opening of the year. At least one of the films on that list is not going to reach $100 million (Halloween Kills) and one appears it will just barely reach it (Dune). Paul Feig’s 2016 Ghostbusters reboot – not without its share of stupid fan controversy – opened to just over $46 million that summer and had a not-so-great 2.78 multiple to $127.9 million total. Sony either missed a giant boat this time around by not keeping Afterlife on its original Nov. 11 date (or simply moving it to that Friday, Nov. 12), or it may have created some great momentum going into the Thanksgiving holiday.

No film that has opened in November to over $37 million has failed to gross over $100 million, so there’s a good starting point for Afterlife. Also, no film (aside from the “R”-rated 8 Mile) began with over $40 million and failed to reach $125 million. That’s a number that would put Afterlife ahead of this summer’s Free Guy. Granted, most of these statistics are pre-pandemic, but the current numbers are starting to show a consistency that can just as easily translate to these expectations. Afterlife’s numbers this weekend are similar to Free Guy’s in another way, given its uptake from its Thursday/Friday numbers: Only 36.83% of Free Guy’s opening weekend came from those first day totals. Ghostbusters: Afterlife’s first day represented only 37.5% of its weekend gross. Rounding out the best percentages this year for films that opened over $20 million are Cruella (35.86%), Jungle Cruise (38.43%), Mortal Kombat (39.01%) and Shang-Chi and the Legend of the Ten Rings (39.13%).

Afterlife only needs to get to $75 million by the end of next weekend to stay on that $125 million pace ($90 million is very realistic), and aside from Encanto’s holiday release, families will not have any new options of any sort until Spider-Man: Far From Home on Dec. 17 and Sing 2 five days later. Ghostbusters: Afterlife is going to be a top five film until just before Christmas, and unless Encanto and/or Sing 2 proves that animated films are back, West Side Story draws in a larger crowd than expected, or HBO Max experiences mass outages around Christmas, Spidey may be the only film to outgross Ghostbusters going forward. Therefore if all of the above plays in its favor, it will become one of the ten highest-grossing films of 2021.

Rotten Returns: King Richard is Will Smith’s Worst Opening Ever

Good reviews are no match for comfy at-home viewing when folks don’t feel they need the “theatrical experience” for a particular film. Despite being Certified Fresh at 92% on the Tomatometer and earning raves for Will Smith’s central performance, Warner Bros.’ King Richard, which debuted simultaneously on HBO Max this weekend, opened to just $5.7 million. That means that half of the studio’s hybrid releases this year (8 out of 16) have failed to gross even $7 million. With the exception of The Many Saints of Newark, none of those films had name recognition or franchise ties, and anyone interested in them may have just stayed home or put it off for another day. This is the worst opening ever for a Will Smith headliner in wide release, lower even than Collateral Beauty ($7.1 million). Tennis may not be everyone’s cup of tea, but even The Legend of Bagger Vance opened to $11.5 million in November of 2000, and now King Richard appears to be headed for an even lower gross than the golf movie’s $30.9 million total, awards chatter or not.

The Top 10 and Beyond: Dune, Venom, and Bond Continue to Hold On

The upcoming Thanksgiving holiday is going to be a major factor in some of these films hitting the totals they were aspiring to. That begins right off the bat with Marvel’s Eternals, which took a steep 60% dip this weekend to $10.8 million. That is the second-highest fall for a third weekend among films that opened to at least $5 million. (Mortal Kombat fell 61.5% in weekend three.) That brings its total to $135.8 million, which is approximately $6 million off the pace of F9. That does not bode well for its Marvel floor gross of $175 million; it would need to reach $156 million by next Sunday to get back onto that pace, which seems unlikely. Though it is still headed for over $160 million and around $60-65 million less than Shang-Chi, it will still likely be considered a disappointment.

Last week, the praise was out for the numbers put up by Clifford the Big Red Dog, which streamed simultaneously on Paramount Plus. This week, analysts are likely to catch up to where it always was – good, but not needle-moving. Dropping 51% to $8.1 million this weekend, the family film is up to $33.5 million after 12 days. That is now behind the pace of The Boss Baby: Family Business, the year’s top fully animated film, which had an $8.8 million second weekend and $37.6 million on its 12th day. Whatever family audience there is over the holiday, the bulk of it will go to Ghostbusters and Encanto, so Clifford will likely be nestling into that Boss Baby 2/Addams Family 2 territory rather than charting new ground for either family events or streaming hybrids.

The winners of October continue to strive for their goals as well. Venom: Let There Be Carnage went past its $200-205 million projections and now may be able to stretch itself with $206.5 million in the bank to the original’s $213.5 million. With a holiday push, No Time To Die should eventually get itself to over $160 million. Finally, with another $3 million this weekend, Dune has slow-moved its total to $98.2 million and will eventually move beyond Godzilla vs. Kong’s $100.5 million total, making it the highest-grossing hybrid HBO Max release on Warner Bros.’ books. Can The Matrix Resurrections become the third film of the lot to get over the hump? Given how quickly many critics were ready to jump on their screener platforms at the mere suggestion of home availability, how many moviegoers will be choosing a ticket over a remote click?

On the Vine: Encanto and House of Gucci Offer Alternate Takes on Family

The Thanksgiving holiday will have no shortage of new releases to choose from, but will this be a coming out party for hesitant moviegoers. Disney’s Encanto would be an easy #1 at any other point in our history (and may very well be), but will it be setting that new benchmark for an increase in younger vaccinations? Studios with films for adults are still looking for one to pass $30 million; Ridley Scott certainly had no takers with The Last Duel, but will he find better success with another two-and-a-half-hour film in House of Gucci? Sony is going with a whole new cast and approach for Resident Evil: Welcome to Raccoon City after the last film grossed just $26.8 million. Then we’ll get our first look at the limited numbers for Paul Thomas Anderson’s highly-acclaimed Licorice Pizza a month before it opens wider across the country. 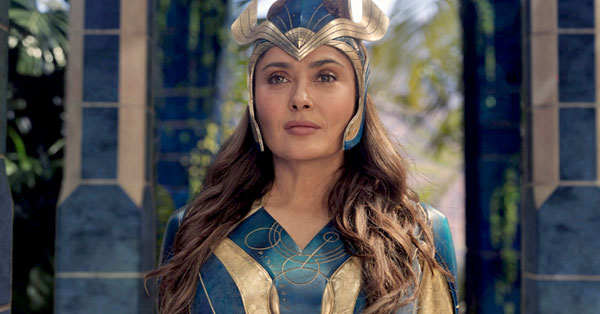 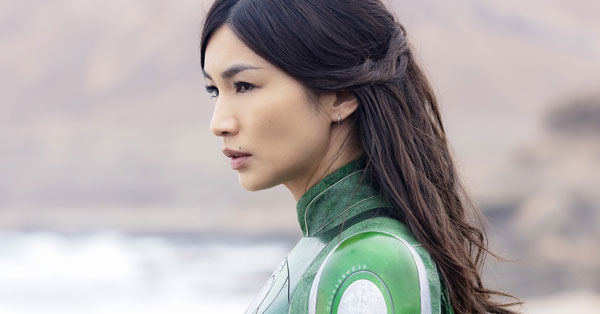