Downton Abbey: A New Era's $16 million start isn't bad, but theaters would like to see at least $50 million out of the film before it heads to video on demand.

The lingering question hanging over the return to theaters through the pandemic was how to get the adults back. Specifically combined with original tales not beholden to any universe or previous incarnation. The occasional title like Dog or House of Gucci found their way but they still felt like unicorns in a sky full of IP. Maybe that’s just what the adult market needed: a little reminiscence. Something that could pull in an age group with familiarity that they could not wait another 17 days to see at home — even if that is where their journey began with it. Maybe in this new era of moviegoing, Downton Abbey: A New Era could be that pull. Maybe. 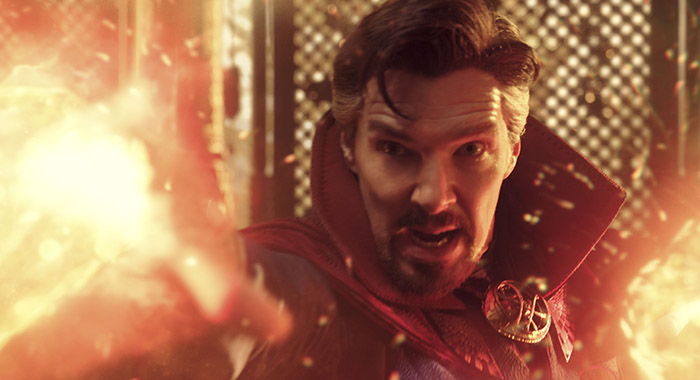 First things first, because Doctor Strange in the Multiverse of Madness continued its run at the top of the box office with another $31.6 million. This is a good number as it puts the Marvel film more firmly on pace again for a $400+ million finish. An even better number is the $342 million it has in its pocket after 17 days. Only four films have reached $300 million in that timeframe and the highest-grossing one that did not — the final Harry Potter film — was at $318 million. Doctor Strange’s third weekend was also higher than Transformers: Revenge of the Fallen ($24.2 million), The Hunger Games: Catching Fire ($26.1 million), and Jurassic World: Fallen Kingdom ($28.6 million), which finished with $402 million, $424 million, and $417 million, respectively. Strange’s $342 million is also nearly $20 million ahead of Transformers’ pace. It will fall from its perch next weekend but will still have the benefit of the Memorial Day holiday. Anything over $14 million will keep it well on pace, and it should have no trouble doing that. It’s worldwide gross now stands at over $803 million.

The Top Ten and Beyond: Downton Abbey: A New Era Invigorates Focus Features 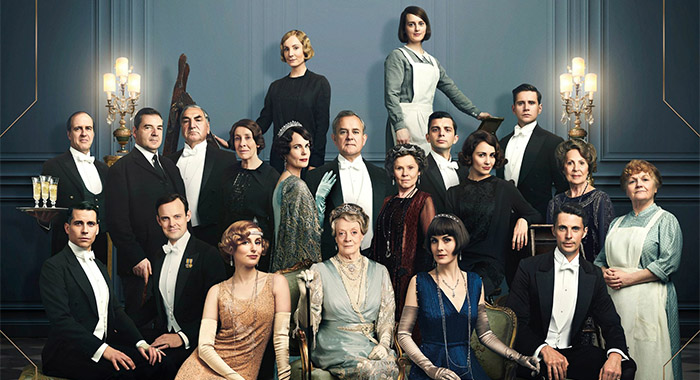 Now onto this week’s story that Downton Abbey: A New Era opened to $16 million. That is down from the $31 million of the opening of the first feature, which went on to gross over $96 million in 2019. Not a bad start all things considered for Focus Features, which has only had two films since the original Downton gross more than $15 million total including Harriet and another whose $90 million budget can hardly be considered a success (The Northman). A New Era is clearly not an original adult entry into the marketplace and is a PG-rated one to boot. The only original R-rated film to gross over $50 million since Sam Mendes’ 1917 is House of Gucci. Word-of-mouth and repeat business is also at a minimum this year with only four films opening to over $12 million making three times their start (Uncharted, The Lost City, Dog, and Death on the Nile). The magic number theaters would love to see out of A New Era is $50 million, but each day that passes is one closer to it coming to video on demand at home.

Families continue to add money to the theater tills as well with Universal’s The Bad Guys still high in third place with another $6.1 million. We’ve been charting it with a certainty for $85 million for weeks, but numbers now suggest that $90 million could be in the cards. At $74.4 million after a month in release it is ahead of Hannah Montana: The Movie, though its fifth weekend is more than $3 million higher. It is a closer match with the Steve Carell–Tina Fey comedy, Date Night, which had a $5.4 million fifth and finished with over $98 million. The Bad Guys is currently $7 million behind where Date Night was after a month. Sonic the Hedgehog 2, meanwhile, added another $3.9 million and is over $180 million. It looks to finish its run between $190 million–195 million.


A24 is quite the high-and-low weekend. On the low side is Alex Garland’s Men, which opened to $3.29 million and an audience response that is only going to gear it towards the ultra-curious going forward. This is only the studio’s seventh launch in more than 2,000 theaters, and it amounted to the lowest opening weekend among them behind even this year’s Ti West film, X, which started with $4.4 million. On the other hand, a huge congratulations all around goes to Everything Everywhere All At Once, which is a literal word-of-mouth machine and has now become the highest-grossing film in the studio’s history with over $52 million, unseating Uncut Gems.

Paramount has been having a solid year; so solid that Scream and Jackass Forever don’t even fit into the achievement that they will clear by the end of this month if not next weekend. For the first time since 2018, the studio will have three $100 million grossers and just the third time since 2015. Top Gun: Maverick is going to clear that with no problem, and Sonic the Hedgehog 2 is going to be their highest non-Cruise, non-Transformers grosser since 2013. But The Lost City has also slowly moved its way towards the milestone and as of this weekend stands at $99.3 million. If it takes anywhere near the miniscule 9-percent drop it had this weekend to $1.55 million, it should watch the diminished Firestarter (dropping to $1.9 million for a total of $7 million) fall below it and hang one more week in the Top Ten. Fantastic Beasts: The Secrets of Dumbledore will still be there too but at only $1.9 million this week bringing its total to $93 million and would need to Godzilla vs. Kong its way to $100 million which appears unlikely.

The sequel fans waited 34 years for (plus an additional two because of a pandemic) finally arrives in theaters and to a whole lot more critical support than imagined. Tom Cruise returns as Pete “Maverick” Mitchell in Top Gun: Maverick, and it could end up being the actor’s biggest opening ever when it opens Memorial Day weekend. Currently boasting a 96% Tomatometer score from critics (compared to the original’s 58%), we’ll know next week just how high it can fly. Countering that is another TV adaptation (and pandemic holdover) with The Bob’s Burgers Movie. Do not expect The Simpsons Movie–type numbers, but its fans are loyal. Just how many of them will be in theaters next weekend.