The Visit Is Worth the Trip

Plus, The Perfect Guy and 90 Minutes in Heaven weren't screened for critics, and The Late Show with Stephen Colbert is Certified Fresh.

This week at the movies, we’ve got creepy grandparents (The Visit, starring Kathryn Hahn and Ed Oxenbould), a dangerous charmer (The Perfect Guy, starring Sanaa Lathan and Michael Ealy), and a miraculous resurgence (90 Minutes in Heaven, starring Hayden Christensen and Kate Bosworth). What do the critics have to say? 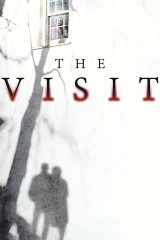 Since the runaway success of The Sixth Sense, director M. Night Shyamalan‘s career has certainly had its share of ups and (mostly) downs. However, critics say The Visit is a solid return to form, an oddball horror/comedy that doesn’t always work but surprises and shocks more often than not. It’s the story of two siblings who are invited to spend some time at their grandparents’ remote farmhouse, which our teenage heroes quickly discover is a bastion of eccentric, unnerving behavior. The pundits say The Visit is uneven, but its loose-limbed blend of laughs and scares results in Shyamalan’s most purely enjoyable big screen effort in years. 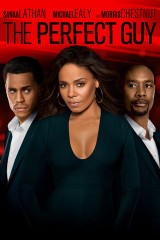 The Perfect Guy wasn’t screened for critics, so we currently have no way of knowing whether this latest take on the Fatal Attraction template achieves perfection. Sanaa Lathan stars as a lovelorn woman who meets a handsome stranger (Michael Ealy) who seems too good to be true, but a series of bizarre incidents leaves our heroine wondering who she can trust. Guess the Tomatometer! 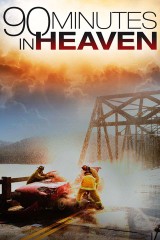 A faith-based drama boasting a strong cast, 90 Minutes in Heaven was barely screened for critics prior to its release in theaters. Hayden Christensen stars as a minister who is involved in a devastating auto accident; pronounced dead at the scene, he reawakens with a miraculous tale of a visit to the hereafter. Once again, feel free to guess the Tomatometer!

Smart, energetic, and a little bit silly, The Late Show with Stephen Colbert succeeds largely due to the charisma of its host, whose confident debut promises a bright future for the revamped show.

Hand of God boasts a talented cast and intriguing premise, but neither are enough to overcome a resounding lack of meaningful drama or impactful thrills.