The Gimmicks That Changed Cinema: Part 1

James Cameron promises Avatar will be the next step in a fully-immersive, 3-D movie experience -- but will it have the impact of these?

James Cameron’s Avatar is almost here, and if it’s anything like the director’s been promising — a new way to experience immersive 3-D movies, whatever that means — then the industry could be about to enter a new phase of technology.

So to mark the release of the latest revolution in film technology, we took a look back — way back — at the ones that have come before it. In the first of our two-part series about the technological advances that changed the movie industry forever, we look at the gimmicks that are now part of the standard moviegoing experience. Tomorrow, we look at the ones that weren’t so fortunate.

Hand tinting of black-and-white shorts started at the birth of cinema, but it wasn’t until 1906 that the first color process, the additive red-green format called Kinemacolor, was developed in the UK. The Brits can also lay claim to the world’s first color feature film, with 1914’s five-reel Kinemacolor melodrama The World, The Flesh and The Devil. Kinemacolor flicks had to be projected on special equipment at double speed, which was hell on prints, but, even so, hundreds of cinemas in Britain, Japan and the US installed the technology to play the film. Hollywood’s first color feature, 1922’s Technicolor The Toll of the Sea, was also the first to not require special projectors. While most were amazed, some were sceptical. Screenwriter Rupert Hughes told Popular Science Monthly in 1923: “For general use the single-tone pictures will enormously prevail.” Writing later in The Guardian in 1929, a commentator named “R.H.” confessed: “I view the prospect of colour with more alarm that I ever did the advent of sound… There will be so little left to imagine.”

Motion-picture pioneers Thomas Edison and Eadweard Muybridge apparently met to discuss the prospect of synchronized sound for the movies in 1888 — seven years before the first publicly projected films! Film with sound — that is, projected images accompanied by music, songs or dialogue on a phonograph recording — began in 1896 in Berlin. And it was in the same German city in 1922 that the first sound-on-film dramatic talkie, The Arsonist, was screened for the public. Most famously, the first feature film with partial talking was The Jazz Singer, which opened in the US in October 1927 and featured two dialogue sequences totalling 354 words. While perfect for the occasion, Al Jolson’s “You ain’t heard nothin’ yet” was actually an ad-lib of a line he frequently used on stage. But Lights of New York, released in 1928, was the first all-talking flick, with Time magazine noting, “as an experiment, like the first hot-dog sandwich, it is a palpable hit.” But even as sound took off, critics carped. In 1930, David Belasco, who’d been a leading Broadway playwright, director and producer for decades, said cinemagoers had tired of the sound novelty, which was like “an exhausted toy, ready to be cast aside.” Meanwhile, influential British film historian Paul Rotha reckoned sound movies were “absolutely contrary to the aims of cinema”. Alfred Hitchcock was also initially sceptical — until he made 1929’s Blackmail, the first successful European all-talking picture.

Like sound and color, 3-D’s conception coincided with the earliest days of film, with British cinematography pioneer William Friese Greene experimenting with stereoscopic moving images in the early 1890s. The first 3-D film presentation for a paying audience was at New York’s Astor Theater in 1915, with a triple-bill program of one-reel travelogues, while the first 3-D feature, Power of Love, debuted in Los Angeles in 1922. The first color 3-D feature was the 1947 Soviet film Robinson Crusoe, but it was the first American color 3-D film, 1952’s low-budget Bwana Devil, that kicked off the three-dimensional movie fad. Independent writer-producer-director Arch Obeler filmed Bwana Devil in “NaturalVision” that required audiences to don special polarized glasses. Promoted with the tagline “The Miracle of The Age!!! A LION in your lap! A LOVER in your arms!”, the movie was a hit, smashing attendance records and grossing $95,000 on two Los Angeles screens before United Artists acquired it for roll-out across the country. Critics reached for the obvious: “Even in 3-D, Bwana Devil is a singularly flat adventure yarn,” opined Time. But other studios took note of the grosses and jumped on the bandwagon, with Columbia releasing the first studio-produced 3-D feature, Man in the Dark, in 1953, beating Warner Bros. better-remembered House of Wax into cinemas by two days. The 3-D craze burned bright that year, with 27 movies made and released. In 1954, there were 16, but by 1955 just one 3-D flick hit screens. The next major revival of the format was in the early 1980s, with the likes of Comin’ At Ya, Parasite, Space Hunter: Adventures In The Forbidden Zone and Jaws 3-D. Now, thanks to the digital cinematography and projection and computer imaging processes used in Avatar, it seems 3-D’s here to stay. But then again, that’s what they always say.

While the first all-widescreen feature was 1929’s Fox Movietone Follies, the format didn’t catch on until the early 1950s when, like 3-D, it was viewed as a defense against the spread of TV. It was then that studios looked to the CinemaScope and Cinerama formats. The former was created by French inventor Henri Chretien as an evolution of his 1927 Hypergonar system. Fox bought the patent and in September 1953 unleashed Biblical blockbuster The Robe in the new 2.55:1 ratio, throwing in a revolutionary four-track stereo sound mix for further “wow” factor. Taking on not only TV but also 3-D, it was billed as “the modern miracle you see without glasses”. The gamble paid off handsomely, with the $5m feature grossing $36m which, adjusted for inflation, is $470m. Two months later, How To Marry A Millionaire, which was the first film to be shot in CinemaScope, was released and grossed a tidy $7.3m. Cinerama, meanwhile, was devised by American inventor Frederick Waller and utilized three 35mm projectors each projecting one-third of a movie image, creating a massive, curved 146-degree “panorama” which gave audiences the illusion of depth. The process had its public premiere in New York in September 1952 with the feature This Is Cinerama. Due to the cost of production and exhibition, few true Cinerama movies were produced, with the most famous being How The West Was Won. However it morphed into various single-camera big-image 70mm formats, which was the format used for the likes of 2001: A Space Odyssey and Ice Station Zebra. The massive screen idea would evolve into IMAX, which was first demonstrated at Expo ’70 in Japan, in advance of the first permanent IMAX venue, established in Toronto in 1971.

The Harry Potter “bridging” instalments are but the latest big-budget, feature-length versions of an idea that’s nearly 100 years old: the serial, with or without cliffhanging ending. What better way to keep audiences coming back than by not quite finishing the story they’ve paid to see? Back in the silent days, the movie serial — shown one chapter per week — was one of the most popular entertainment forms on the planet. The first of these was 1912’s What Happened To Mary. Made by Edison’s people and consisting of 12 one-reel episodes, it followed the action adventures of the title gal, played by Mary Fuller. In an early instance of the media cross promotion we now take for granted, each episode was released to coincide with an instalment of the story in McLure’s Ladies World magazine. While Mary was the first serial, it wasn’t the first cliffhanger. That honor went to 1913’s The Adventures of Kathlyn ¬- also printed as a Chicago Tribune newspaper serial — which did end each instalment on a suspenseful and perilous note. Ironically, the most famous “cliffhanger” series, 1914’s The Perils of Pauline, didn’t actually feature such endings.

While summer is now the blockbuster season, for the first two decades of the movie business the hottest months were a dead loss. That changed in 1925 when Willis Carrier, inventor of air-conditioning, persuaded Paramount Pictures to install his technology in the Rivoli Theater, which was under construction in New York’s Times Square. The new cinema, promoted as offering “cool comfort”, opened its doors on Memorial Day, but a hiccup with the air-conditioning system meant that the crowd of 2000 sat fanning themselves and grumbling. Finally the a/c started working, the chill descended, the hand-fans were lowered and movie-going was forever changed. The most important audience member, Adolph Zukor, head of Paramount, was impressed, declaring, “Yes, the people are going to like it”. Carrier rolled out his air-conditioning to cinemas across the country and by 1928 Time magazine listed “To keep cool” as the number-one reason people went to the movies.

Showgirls, Teen Wolves, and Astro Zombies: A Film Critic’s Year-Long Quest to Find the Worst Movie Ever Made (It Books/HarperCollins), Michael Adams’ pop-culture memoir about his search for the world’s worst movie, is in book stores next month. Read a chapter of it for free here. 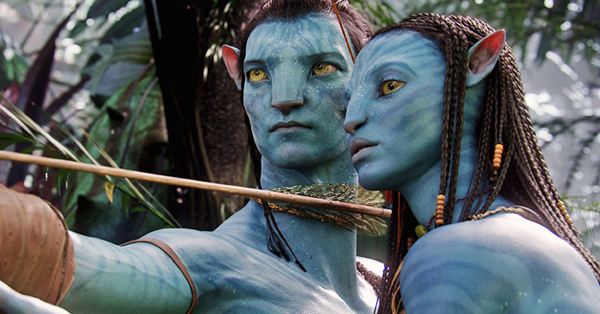