The 8 Biggest TV Cliffhangers from the 1980s

It’s spring cliffhanger time, and viewers are once again on the edges of their seats waiting to find out how their favorite shows end the season — or wrap things up for good. To honor a tradition that hit its stride with the primetime soaps of the ’80s, we decided to reach out to a guy who writes dozens of cliffhangers a year and get his take on some of TV’s true all-time classics.

Ron Carlivati has been the head writer for ABC’s General Hospital since early 2012, when he and executive producer Frank Valentini came over after an Emmy-winning run on the recently canceled One Life to Live. Bringing OLTL to a conclusion after its 43 years on the air ranks as a personal highlight for him — and yes, the show did end its broadcast run with a cliffhanger.

Carlivati spoke to us during a particularly busy time for General Hospital, which is gearing up for a pair of live episodes that started May 15 — and celebrated its 52nd anniversary in April with a landmark storyline that set the stage for the departure of Tony Geary (pictured above with Carlivati), who’s played soap legend Luke Spencer for decades. While he obviously couldn’t divulge any secrets about how he’s planning on writing Luke off the canvas, Carlivati did hint at a suitably eventful departure.

“I have a little bit of that feeling I felt when I had to bring One Life to Live to its conclusion,” said Carlivati. “We want to make sure we’re able to give the fans what they want — which of course is difficult, because different fans want different things. He’s such an iconic character, and we don’t have a lot of time left with him. When we rested him after his big story that he just had, I think I had 10 weeks to play out his exit. In a way it’s good, because it’s like, ‘All right, there’s no time to waste — just make this story go.”

Looking at the rest of the year, Carlivati says viewers can expect to see the resolution of a long-running storyline that’s brought the return from the “dead” of amnesiac hitman Jason Morgan (with a surgically altered face, natch.) “We definitely have the faster stories and quick adventures, but for something like this, these are stories that take a year or more to develop, and only on soaps can you have that build,” he pointed out. “Things that take that long to come together and justify the payoff by ratcheting up the drama. You know when this comes to a head, it’s going to be gigantic. We have a lot of great stories, but I think in 2015, this is going to be the one — other than Luke — that’s the big story.”

Here are eight of the TV cliffhangers that kept Carlivati glued to the screen as a younger viewer — beginning with the one that started the whole tradition.

I listed this one first because I think, in a way, it was the birth of a cliffhanger. I’m sure there were others before that, but to me, it was the first one where you were waiting over the summer. It was such a big thing, such a phenomenon — everyone speculating. I remember there were Vegas odds for who the shooter would turn out to be. I wanted it to be Sue Ellen, but it turned out to be Kristin, which I felt like was kind of a cop-out. I wanted it to be big. I should have known they weren’t going to do something like that. To me, it started what was going to become expected — the season to end with a “What’s going to happen next?” moment. Even though, obviously, cliffhangers go back to the serials. After this, it became an expected thing for primetime serials.

Sid’s car accident. Because now, it was a normal thing to expect a show to leave us hanging like that, but this was almost the flip side of “Who Shot J.R.?,” because Sid was the good guy of the show, whereas J.R. was a villain that everybody wanted dead. Sid is this good, solid guy that all of a sudden loses control of the brakes on the car and he goes over the cliff and you see this horrified look on his face, like “This can’t be happening to me!” You couldn’t believe it was happening. I was truly shocked — I mean, I was shocked when they shot J.R., but this was almost more shocking. Killing a good guy!

The cliffhanger for the “Valene’s twins” storyline, where Abby says “your babies are still alive.” It was a storyline that switched on such an emotional underpinning to it. An idea like “I can steal your babies from you” was horrifying, and I think everyone just felt for Val so much — you were waiting for the truth to come out. The dad driving away with one baby and the mother clutching the other one. The adopted mother. The slow-motion, Harry’s wife warning him, and Val in the middle, doing the slow motion sort of Wonder Woman spin around that freeze-frames on her. You know, you just get chills when you see that. I still watch it and get chills.

Dynasty was kind of the flip-side of Knots Landing. Where Knots Landing was kind of grounded, but still over the top — it had real people living on a cul-de-sac that were friends. It was a little more down to earth. Dynasty was fun and frothy and over the top, and that first season had a great cliffhanger: Blake on trial for murder. I believe it was the murder of his son’s gay lover, and they suddenly call a surprise witness. The doors open and you just see a lady with a huge hat — you can’t see her face, but everyone looks shocked as she’s heading towards the stand. Everybody’s mouth is hanging open, and Fallon says, “Oh my God, that’s my mother!” That threw you for a loop — you never thought about the mother. It was all about Blake and Krystle, so there was this mystery to it. I don’t know if this is correct, but they hadn’t cast Joan Collins yet when they shot the finale — I think they just put a giant hat on a stand-in. They didn’t know who Alexis was going to be yet, and I think between the first and second seasons they cast her. I’ll have to double check that, but if it’s true, they found a way to execute that without having found their actress.

The Moldavian Massacre — this is like a cliffhanger on crack. I mean, at this point, people expect them, and they keep getting bigger and bigger. How can you top the others? You go from one person getting shot, like JR, to Dynasty, where they said, “I know what we’ll do, we’ll shoot the entire cast.” You know? The audacity of it is what I really love. They’ve got this royal wedding, where Amanda’s going to marry the Prince. The entire cast is in attendance. The soldiers or whoever they were proceed to mow everybody down. We’re left with this pile of bodies, which I thought was so amazing. The producers and writers had so much freedom to decide who lives and who dies in these storylines — it was like anything could happen. In the end, I think they killed a couple of more minor characters, but at that moment, it was the entire cast lying in a bloody heap.

The reason I picked this one is because this is the last Dynasty, and Alexis and Dex break through the bannister and crash off of the balcony. I picked this one not necessarily because it’s so big, but because the show got canceled, and I thought that was interesting because you didn’t get that closure — they were not coming back. I’m not sure, but I think this was one of the first shows that kind of ended like that. Unresolved. They eventually did the reunion movie where they did resolve it, and I found that absolutely hilarious and brilliant: Alexis landed on Dex and he died, and that’s how she lived. It’s pretty funny, but we’ll accept anything; we don’t want Alexis to die.

Fallon is abducted by Aliens. It’s similar to the Moldavian Massacre: “What can we do that has not been done?” That’s what happens with these shows. You start getting into that “Jump the Shark” territory — which, I have to say, I loved Jaws and I loved Happy Days, so I really bonded with that shark and I was totally into it, so I don’t take it so personally when people say the show has “jumped the shark.” Anyway, as ridiculous as this was, it was still intriguing. That was another example of a show getting canceled and the cliffhanger ending without resolution — and then Fallon came back to Dynasty after The Colbys ended and everyone acted like it never happened.

Genie Francis (Laura) had returned to the show, but she was just on the periphery for awhile. The viewers would see, like, a pair of legs. And then she’d be in the shadows. It kept getting closer and closer to Luke finding out she’s alive, and then the day it happens, they’re on location — he’s the mayor and he’s in the mayor’s mansion, and he’s drinking on the balcony. She’s walking the grounds, and she crosses the huge lawn, and they ratchet and ratchet the suspense, and he sees her from a distance on that lawn. And then there’s Tony Geary’s (Luke) reaction — it’s so big and so over the top. He just screams her name. For me, that’s what soaps are all about. To me, that’s what you would do, and that’s crucial — I would always imagine my own reaction. What if that happened to me? What if that happened to my mother, my wife, my brother? What if that person were dead and then walked in? Wow, what an amazing moment that would be in your life — and his reaction was just perfect. So over the top, but that’s what you’d do! You’re seeing somebody you’d believed to be dead, standing there alive. He screams and runs to her and it’s amazing. Such a powerful, powerful scene. 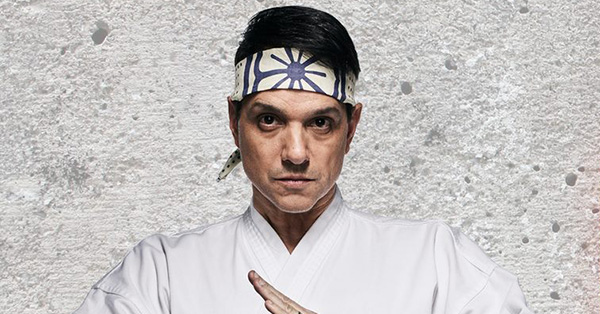