Terry Schiavo Biopic On the Way

It’s been about a year, so it only makes sense that we’d start hearing news about a Terry Schiavo bio-movie. And here it comes: A group of producers have purchased the rights to the book "Terri: The Truth," which was written by widower Michael Schiavo. As of yet, the producers are unsure whether this story demands to be told on the big screen or small, but I assume the phrase "highest bidder" will be somehow involved.

From Variety: "A year after Terri Schiavo died, Hollywood is looking to film her story.

A quartet of producers, including Mike Farrell and Lawrence Bender, have optioned the rights to Michael Schiavo’s just-published book Terri: The Truth and are looking to develop it as a telepictelepic or feature film. Farrell and Bender would produce any project in conjunction with their respective partners, Marvin Minoff and Kevin Brown.

Schiavo’s death on March 31, 2005, came after a years-long battle between Michael Schiavo, husband of Terri Schiavo, and her parents over when it was appropriate to remove the brain-dead woman from life support. What began as a family feud ended up a national political battle.

"The story is almost Shakespearean in the warring of the families and the great love story between the (couple)," Minoff told Daily Variety. "It starts off so beautifully and then ends so chaotically."" 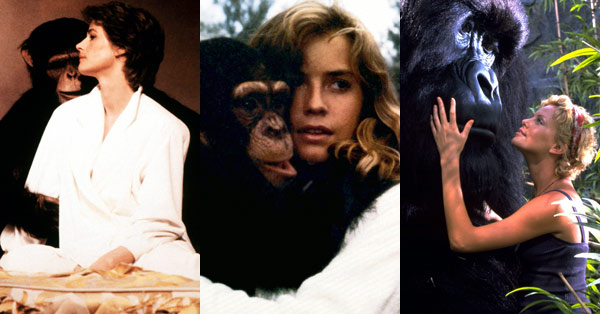 24 Great Apes From the Movies