When cable first came into homes, it brought some 50 new channels with it. Now the channel count approaches 1,000. When cable comes to TCA, about 50 different networks present panels to the Television Critics Association. OK, it’s more like 15, but that’s still a lot of information crammed into one day. Here’s the biggest news from the first cable day of TCA, and there’s more tomorrow.

TV Land President of Development Keith Cox officially gave Heathers a 10-episode order to premiere in the fall. It will be TV Land’s first hour-long scripted series. “Heathers will stay true to the dark comedic tone of the film,” Cox said. “Yet it’s going to offer many twists and turns and surprises that will really make it its own.” Veronica Sawyer (Grace Victoria Cox, Under the Dome) — played by Winona Ryder in the 1988 film — deals with vicious group of modern-day Heathers. James Scully appears as J.D., the role made famous by Christian Slater in the film; Melanie Field (Wicked National Tour) as Heather Chandler; Brendan Scannell (Funny or Die) as Heather Duke; and Jasmine Mathews as Heather McNamara. It was previously revealed that Shannen Doherty, Heather Duke of the film, will guest star as an unnamed character in the series.

During her executive remarks, BBC America President Sarah Barnett confirmed the third season of Broadchurch will come to BBC America in March and that the final season of Orphan Black and second of Dirk Gently’s Holistic Detective Agency are coming this year.

The young adult Doctor Who spin-off, Class, also comes to BBCA in 2017. “The premise is: who keeps the world safe when the Doctor is not there?” she said. “That liminal land between child and adult is filled with figurative, and in this case literal, monsters. This group of questing teens struggle to wrestle both.”

10 years in the making! See Earth in all its wonder when #PlanetEarth2 premieres on Feb 18th at 9|8c on @BBCAMERICA, @SundanceTV & @AMC_TV pic.twitter.com/g9uQk63gm7

Season 2 of Hap and Leonard is based on the J.R. Lansdale book Mucho Mojo. If it seems like Mucho Mojo is more violent and darkly comic, that’s on purpose. “The books are shifty,” series creator Jim Mickle said. “Season 2 is obviously a very different season, different setting, different characters. It’s a murder mystery. It’s hard not to lean into that and enjoy it.” In Mucho Mojo, Leonard (Michael K. Williams) inherits a house from Uncle Chester and finds a child’s skeleton in it. Now implicated in the murder, Hap (James Purefoy) helps clear Leonard’s name. Mickle also teased that Leonard gets a boyfriend, and another relationship Mickle won’t give away. Hap gets a love interest in Florida, played by Tiffany Mack, who is Chester’s lawyer. Mucho Mojo premieres March 15 on SundanceTV.

The Underground Railroad drama introduced Harriet Tubman with an obscure face at the end of last season before casting Aisha Hinds to play her. Now that the historical figure is a main character, Underground creator said she’s a superhero, and they didn’t even have to make anything up. Tubman suffered from narcolepsy due to a head injury. “[She] had these sleeping spells and would have visions,” series co-creator Joe Pokaski said. “She believed very strongly that God was speaking to her and telling her what to do. She was just as close to a superhero as we have in American history.” Executive producer John Legend plays Frederick Douglas this season in a smaller role. “It was not much more than a cameo,” Legend said. Underground returns March 8. Look for Rotten Tomatoes’ interviews with the cast.

Big Foster Is Back in Outsiders Season 2

On a panel for the WGN America series Outsiders, star David Morse confirmed Big Foster is heading back to the mountain. The fact that he’s on the panel makes it obvious Big Foster didn’t die, but surviving has made him yearn for his loved ones, son Li’l Foster (Ryan Hurst) and G’Winveer (Gillian Alexy). “When he comes back, that’s really where he’s headed, for those two people,” Morse said. Outsiders returns January 24 on WGN America, and look for Rotten Tomatoes’ interview with Morse.

Reelz presented a panel on their follow-up series to The Kennedys. Katie Holmes reprises her role of Jackie Kennedy in The Kennedys: After Camelot. Director Jon Cassar said After Camelot catches up to the 1999 death of John F. Kennedy, Jr. “We go right from Robert Kennedy’s death bed to JFK Jr. getting into a plane,” Cassar said. Locations for the miniseries include Greece, Paris, and a recreation of Jackie’s New York apartment. So if you think you’re Jackie’d out after the Natalie Portman movie, Holmes reminds you, “You can see both, and you’ll get something different.” The Kennedys: After Camelot premieres in April on Reelz.

You don’t have to wait until Lifetime airs the Beaches remake to hear Idina Menzel sing “The Wind Beneath My Wings.” The soundtrack dropped today and also includes covers of “Glory of Love” and “I’ll Stand By You,” plus the original song “Last Time.” On the Beaches panel, Menzel said she only had one recording session for “Wind” but didn’t feel she was getting it right until take five. Director Allison Anders revealed she copied Garry Marshall’s final shot of the original movie exactly. Beaches premieres January 21 on Lifetime. Look for Rotten Tomatoes’ interviews with Anders and the producers of Beaches.

Spike TV’s The Mist TV series is a re-imagining of the Stephen King novella, which was adapted into a movie by writer/director Frank Darabont. Showrunner Christian Torpe compared it to FX’s Fargo series adapting the Coen Brothers movie. “It’s like a weird twisted cousin to the source material,” Torpe said. “Fans of the movie, of the book and Mr. King’s work will see elements from it. In order to turn it into an ongoing series, we took our own little detours here and there. Let’s call it a parallel story or cousin to the original one.”

The original story, for example, is about a group of neighbors trapped in a supermarket. Outside a fog is filled with monsters who will kill them if they leave. In a clip, The Mist showed characters escape the mist into a church. Kevin Copeland (Morgan Spector) brought the prisoners from jail with him in the escape. Alyssa Sutherland, who plays Eve Copeland, said she is stuck in the mall with their daughter, and the man who raped their daughter. Torpe said The Mist set up multiple “pressure cookers around” town where the people trapped together could be scarier than what’s in the mist. The Mist premieres June 22 on Spike.

Walton Goggins could not make it to Los Angeles for the panel on his History Channel miniseries Six, because he is filming Tomb Raider in South Africa. He stepped into the Six role when Joe Manganiello got appendicitis, and with him changed the character. “We kind of tore everything up and really took another look at what we could do and how we could do it,” co-writer David Broyles said. Based on real SEAL Team Six missions, the eight-part miniseries premieres January 18 on History. Look for Rotten Tomatoes’ interview with Six director Lesli Linka Glater.

Isn’t it enough that Kevin Hart does four movies a year, stand-up, and The Real Husbands of Hollywood? Now he’s starring and executive producing a History Channel special Kevin Hart Presents: The Black Man’s Guide to History. What does Hart know about history? “In addition to his acute observations on life, Kevin has a true appreciation of history and the role of storytelling for all of us,” said Jana Bennett, president and general manager of History. Kevin Hart Presents will air later in 2017.

Comedy Central President Kent Alterman announced a fifth season of Drunk History, a Daily Show inauguration special on Friday, January 20 at 11 p.m., a week of live @midnight’s the week of February 13 and a second season of Roast Battles. The upcoming new series Comedy Jam will feature comedians telling stories about meaningful songs to them and then performing those songs with a backup band. The Funny or Die animated short series The Gorburger Show will be a half-hour series for Comedy Central. Silicon Valley‘s T.J. Miller reprises the voice of Gorburger. 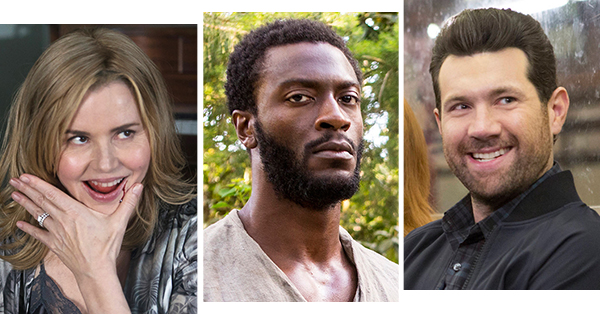 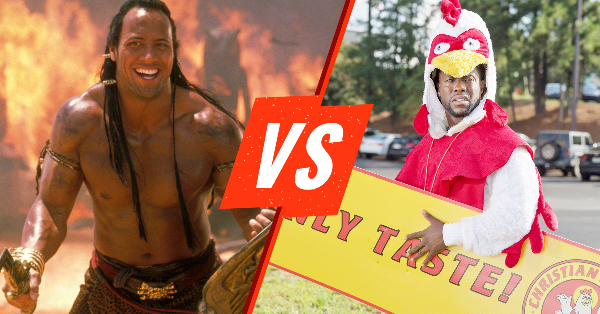