Self/less Director Discusses the Films that Have Inspired Him

Self/less director Tarsem Singh is no stranger to epic films. Having begun as a successful music video and commercial director (R.E.M.’s “Losing My Religion,” En Vogue’s “Hold On,” and the “We Will Rock You” Pepsi campaign), Singh’s eye for visual splendor embarked him on a film career made up of optical wonders like The Cell, The Fall, Immortals, and Mirror, Mirror. Self/less, starring Ryan Reynolds and Ben Kingsley, will follow suit this Friday. We wanted to know what films served as influences for his work, and we got his top five here: 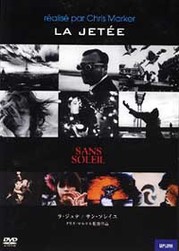 I think the greatest film of all time. It doesn’t even care about anything. It has the best MacGuffin. The audiences in the west — if you’re going to transfer somebody from one place to the other, you want to spend all the money on the big gadgets that do all of the — as Monty Python says “the machines that go BING” kind of stuff. Whereas in La Jetée, just two guys lie down on a hammock, they drug intravenously, and they go, “Voila! We’re in the future.” I just love that. It’s just a Macguffin in a different culture, the different time — they’re used to different things. And for me, having traveled a lot, I always have to find out — when you show a movie to people they just say, “Would you buy this?” That’s one of the reasons you have origin films — like Superman or whatever — that takes so long in the west whenever you start to originate one, because you have to set up that this guy can fly because he is from another planet, has a nemesis, you can make him grounded when you give him kryptonite, and all that stuff. You watch a Hindi movie, and they just say, “Hey this guy can deflect a bullet with his ring because he is [Indian film actor] Amitabh Bachchan, so next question.” Literally, it is all about what each culture takes — to take as a MacGuffin and where they want the money spent. And La Jetée just doesn’t care. It’s got the greatest story and the movie — the images don’t even move except in one particular instance — I don’t want to spoil it for someone who hasn’t seen it. But it is just one of the greatest. It was made the year I was born, I was obsessed with it forever and when Terry Gilliam made 12 Monkeys I knew it was done. 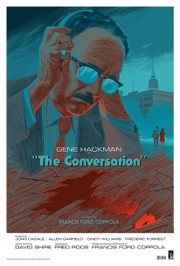 It is the greatest film in the english language ever made between the two Godfathers. Almost drove him bankrupt, but there you go. It is the greatest thriller of all time. If ever you’re talking about a character to which — how to get you biting your nails without any slaps or gunshots going off, that movie’s it. It’s just so terrifyingly correct. I’m not really a [Michaelangelo] Antonioni fan or any of those; Blow Up and all that never did it for me. But The Conversation, somehow, whoa. And I kind of find Mamet the same way. I know everybody holds correctly Hitchcock, you know, as high as you can, but I find Mamet delivers more shock and awe to me, and twists in a correct way than I ever found with Hitchcock. But of course we’re watching Hitchcock movies when 20 things have copied his films and they’ve become cliché at a particular point. The Conversation holds up like that for me. 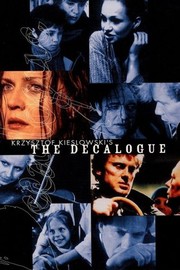 The reason I love it is it’s the ultimate adaptation. You know, memes coming out in your films. This guy makes a film every two, three years, is making, making, making, and all the money goes away and they come to him and they say, “Okay, you can make it for TV. You can make whatever you want,” and he walks up to a building complex and he goes right, The Ten Commandments in that building. How do you do that? He makes 10 movies in a year — three of them I think they released later on as features. And you look at them and they have the balls of a student movie, like a short film about killing. It’s just all about the process. It isn’t about hanging the guy or not hanging the guy, it’s just what it takes to hang a guy. And just stuff like that, that I just think, “How do you do that?” I don’t think it’ll ever happen — at least in my lifetime. 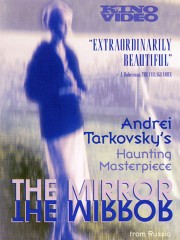 This used to get me when I was in college. I haven’t watched [Tarkovsky’s] films for years now, but they really got my goat. I did not understand anything. I just watched it, and I used to have a visceral reaction with them. And I haven’t seen them for about 20 years, but any of his [would make the list]. I think The Mirror, or even The Sacrifice, or Nostalghia — any one of those just blew my rocks off. Somebody like Polanski, he does a film with the devil or he does a thriller and his DNA is all over it. So when I look at the Tarkovsky films I just think like I could interchange all of them and watch them, each one of them just shook my world. 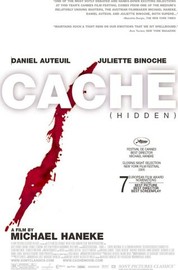 I do remember talking with [filmmaker David] Fincher. He was telling me about the original one that [Michael Haneke] did, Funny Games, and I was telling him about Hidden. And we didn’t realize in that conversation that we were talking about the same filmmaker. But it is truly, for me, the God of cinema, that just does not breathe a step wrong, and is contemporary life apart from Kieslowski’s time — is Haneke. I looked at that film and I thought it the most thrillingly, chillingly, correctly timed movie that I have ever seen.