Adam Bhala Lough’s "Weapons" has an opening to remember. A teenager sits in a fast food joint eating a hamburger, chewing blithely away in slow motion. He sits facing the camera for minutes until a figure in the background approaches, pulls out a shotgun, and blows off his head mid-lunch — splashing a ketchup-red splatter of blood right onto the camera lens. It’s a harbinger of what’s to come.

Lough’s opening sequence sets up a story of ambiguous morality and desensitization in modern day youth that unfolds in out-of-sequence chapters; we see the aforementioned murder, then immediately flash back days earlier, when college-boy Sean (Mark Webber) comes home to hang out with his pothead pals Jason (Riley Smith) and Chris (Paul Dano).

Sean and his pals smoke weed and shoot the shit in extended takes — nearly unbearable takes, deliberately long and protracted as in real life — and plot to jump a neighborhood kid over some casual slight. They listen to slow, hypnotic rap (all songs by late mixtape artist DJ Screw) and cruise the streets in a station wagon; shot again in slow motion, the result is a hazy, careless aura that evokes the mind-numbness of a drug high. But what about the kid in the restaurant?

That doomed kid is Reggie (Nick Cannon), a black teen in the same town who’s just found out his little sister’s been raped and beaten. He was on his way to a job interview, but the news sends him into a blind rage that only grows stronger as he sets out to exact revenge. We follow Reggie and his pals on a quest through the ghetto to find a gun, which he does after a particularly brutal beating involving a fire extinguisher and a man’s head.

"Weapons" is a film about violence, though actual acts of bloodshed happen only sporadically (though viciously) throughout the film. Lough’s point may well be to send a message about messed up kids in America (parents, watch your children or else) but the film, as many young people can attest to, is an authentic portrait of reality — teens really do have unbelievably easy access to guns, drugs, and sex.

Lough also takes care to obliterate the race card; the two groups of friends, one black and one white, are acquainted but not hostile. They hang out at the same parties. They listen to the same syrupy, sedate rap, speak the same ghetto-pop language, and — most importantly — make the same bad, explosive decisions and enact brutal acts of violence upon others with the same cavalier disregard.

The film is broken into chapters told out-of-order that unfold the twists and motives of multiple characters. One particularly impressive sequence, entitled "I’m Making A Movie," is shot completely by actor Paul Dano on a handheld home video camera as his character Chris circulates through a party. It’s an impressive scene; also remarkable is Dano’s performance throughout the film as a troubled and lonely introvert in desperate need of acceptance. 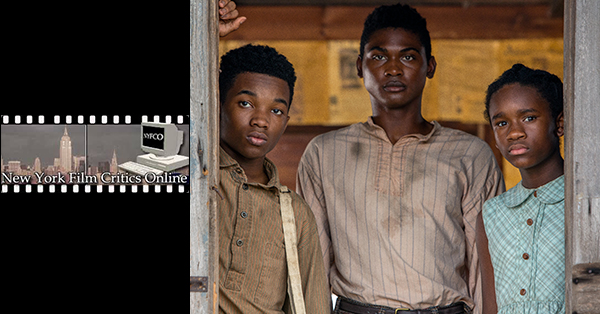