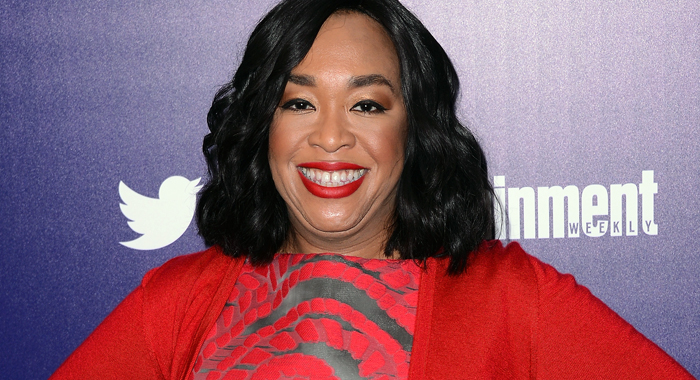 It’s a great time to be Shonda Rhimes, the executive producer behind ABC’s TGIT lineup of Grey’s Anatomy, Scandal and How to Get Away with Murder.  In dedicating all three hours of Thursday’s primetime schedule to ShondaLand dramas, ABC has at last gained a foothold on one of the most competitive nights of the primetime week.

Meanwhile, in a climate where women accounted for only 27 percent of behind-the-camera jobs at broadcast, cable and streaming networks during the 2014-2015 season, Rhimes stands as one of the most powerful figures in Hollywood.

Just don’t ask her to comment on that, or the influence that she’s had on the industry. One reporter’s  attempt to get her to do so during a recent press conference brought the question and answer session to a halt.

Hesitant as Rhimes is to admit that she may be a trailblazer, she’s even more tight-lipped when it comes to revealing upcoming storylines for her shows. Co-producer Betsy Beers and HTGAWM creator and showrunner Pete Nowalk are equally as secretive.

Nevertheless, here are details about the upcoming seasons of Grey’s Anatomy, Scandal, and How to Get Away with Murder that we were able to pry out of Rhimes, Nowalk and HTGAWM co-star Matt McGorry, who plays Asher Millstone. [Warning: Contains major HTGAWM season one spoilers.]

A Lighter Shade of Grey’s 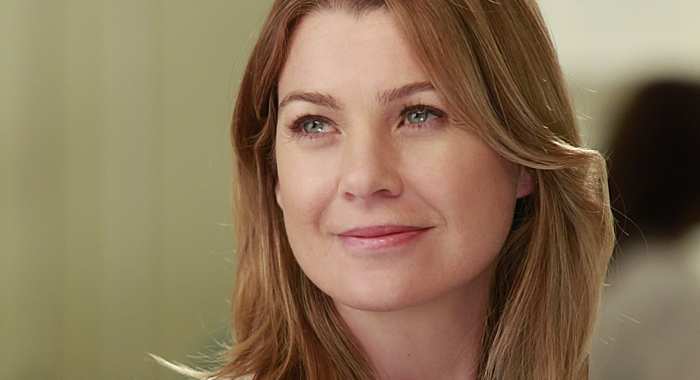 Nothing is perfect in ShondaLand, a fact that Rhimes and Beers drove home on last season of Grey’s Anatomy by killing off Meredith Grey’s great love Derek Shepherd (Patrick Dempsey). Ending a love story that spanned 11 seasons brings the opportunity for new beginnings for Dr. Grey (Ellen Pompeo), and Rhimes teased that viewers will see a brighter Meredith in season 12, which kicks off three months after the finale’s events.

We had to wonder whether writing this established character as a widow starting over is different than fleshing out the next chapter for a divorcee, a la Private Practice’s Addison.

“Oddly enough, no,” Rhimes said. “Meredith has always had a dark sense of humor. You have to remember that this is a character who has drowned and been shot, and been in an airplane crash, and had a lot of dark things happen to her, and dealt with those things very darkly, and in a very funny way, for a long time. So interestingly enough, her sense of humor is oddly charming. It’s not disrespectful to the memory of her husband. It’s more about who she is now.”

No, Martin Henderson is Not the New McDreamy 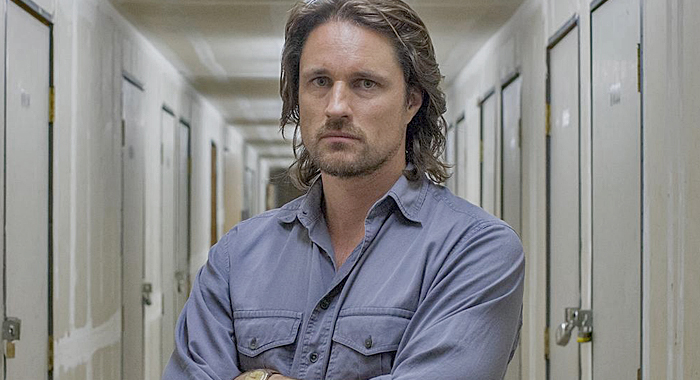 Shortly after the season ended, it was reported that Martin Henderson, co-star of Sundance Channel’s The Red Road, had joined Grey’s as a series regular. But Rhimes quickly shot down early speculation that Henderson’s character would be stepping into Meredith’s life as Derek’s replacement.

“He’s not going to be on until the middle of the season, so I haven’t even made a plan yet,” Rhimes said. “I just knew that I needed a doctor to be in this particular role for a medical story.” 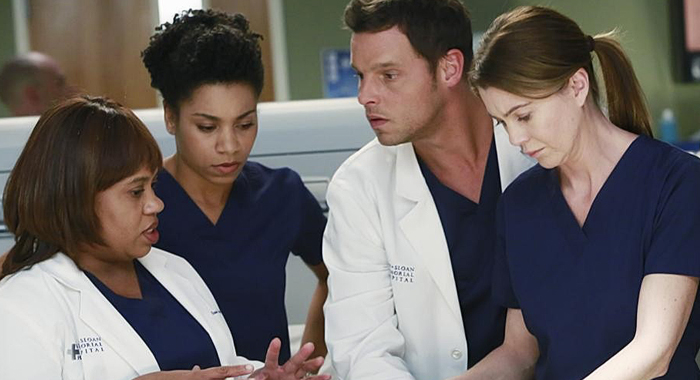 Though the focus will be on Meredith as the twelfth season kicks off, she’s got her kids and her sisters to deal with. Rhimes reminded us, “There’s a lot of relationships happening…there’s Jackson and April, there’s Ben and Bailey, there’s Callie and Arizona. They’re dealing with their own lives… on top of which they’re all really focused on being doctors.” 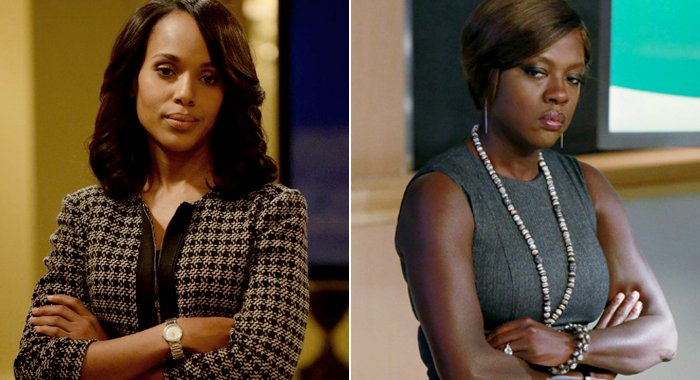 In that previously mentioned press conference, Scandal star Kerry Washington observed, “I’ve always thought it was really misguided when women tell me that Olivia Pope is their role model, because she’s having an affair with a married man who is the President of the United States. And a murderer. And they stole an election together.”

But they looked so sexy while they did it, right?

This is part of the reason why news of Olivia and Fitz (Tony Goldwyn) finally being together probably made Scandal’s gladiators cheer. Her ex-boyfriend Jake (Scott Foley) can’t be too happy about it, and it’s probably not a good idea to tick off a former intelligence operative, but who cares? Love conquers all.

Somewhat similarly, viewers are drawn to HTGAWM’s Annalise Keating (Viola Davis), who has covered up several murders and done questionable things for people who are, well, not so great. This in itself is somewhat unusual since, even in recent seasons, TV audiences have cheered along difficult men while shying away from women who weren’t likable.

Whether Olivia and Annalise are likable is beside the point. “These are interesting women. I don’t know where it says that women have to be likable,” Rhimes said. “They’re attractive, not necessarily likable. I don’t mean physically attractive… Likable is nice, I suppose. I think what’s ‘attractive’ is that you’re drawn to them. You want to spend time with them and you want to see what’s going on in their lives. I don’t know that I want to hang out with Annalise Keating, like, as her buddy.”

Can you blame her?

HTGAWM Gets Away with More Murders 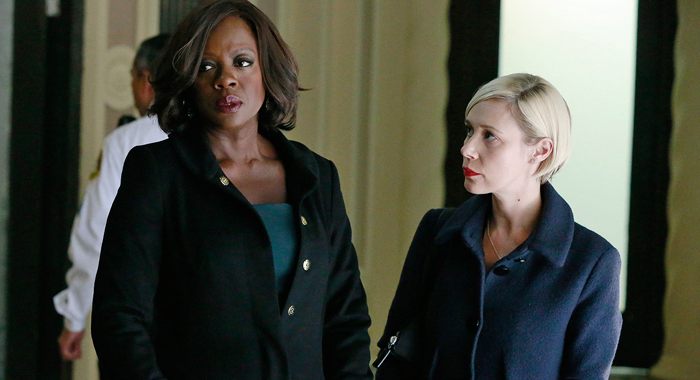 Annalise is a woman who has a murderer in her employ, a man who she may have commissioned for other deadly deeds in the past.  According to Nowalk, the show’s only beginning to explore the attorney’s past. “There are a lot of people from Annalise’s life who we have not met.”

And with the cliffhanger finale’s new murder, “she’s in a big mess, and so she now has to deal with it. There are a lot of things to either cover up, or to bail [out],” Nowalk said. “Does she turn herself in?…There are a lot of killers on our show, so I don’t want to say one way or another.”

The Mystery of Frank 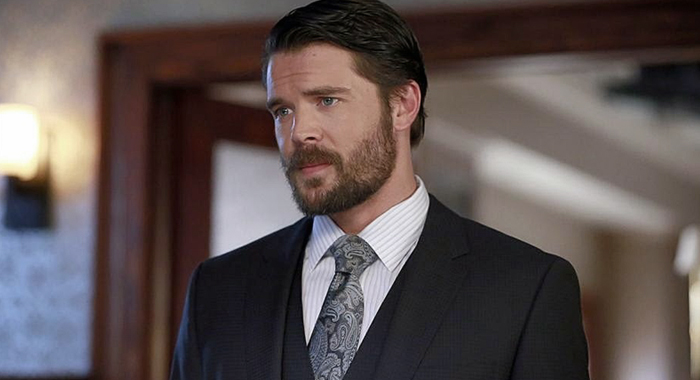 Then again, maybe Nowalk didn’t actually know at the time of this interview. The showrunner admitted that the decision to make Annalise’s right-hand man Frank (Charlie Weber) Lila’s murderer was a last-minute choice. “I wrote a version where Rebecca did it, and I wrote a version where Sam did it, and I knew they weren’t right.” Then, he realized, “Subconsciously, we had set up that it was Frank. We had little clues along the way. And that, to me, was the best answer because it raised more mystery.”

How will this knowledge impact Frank’s affair with Laurel (Karla Souza)? “Laurel obviously doesn’t know that he killed Lila. Nobody knows Frank killed Lila. So that’s another relationship we’re going to continue to explore,” Nowalk said. “…Whether Laurel finds out the truth about him or not is up for grabs.”

Another detail to be revealed eventually is a mysterious act Frank had to complete on Sam’s behalf. 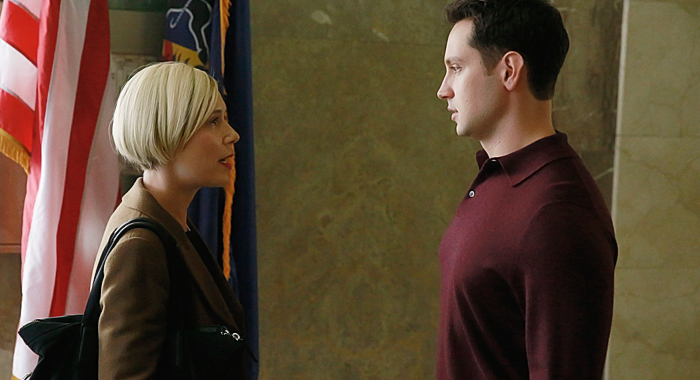 What about the character HTGAWM viewers love to hate, Asher Millstone, and his strange relationship with Bonnie (Liza Weil)? McGorry has a more sympathetic view of Asher – no surprise, since he plays the guy.

“Asher is sort of the most honest character. He doesn’t keep secrets very well, and unfortunately, he has no filter, which can be obviously very offensive at times. I think if he were to find out about the murder, they’d have a hard time making him keep it a secret.”

As season two begins, Asher’s remains unaware of the murders that everyone else knows about and has a district attorney asking him questions about Annalise.  On the other hand, everyone on Annalise’s team knows about him and Bonnie.

That’s probably good news for McGorry. “As an actor, I don’t want to lose my job! If he finds out, and they have to kill him, that would suck. So yeah, I mostly worry about my job, not the storylines,” he said with a grin. “But I have a feeling that things might get darker. There’s no way for them not to.”

New seasons of Grey’s Anatomy, Scandal, and How to Get Away with Murder premiere Thursday, September 24 on ABC.