RYAN REYNOLDS IS PRODUCING AN R-RATED REMAKE OF HOME ALONE 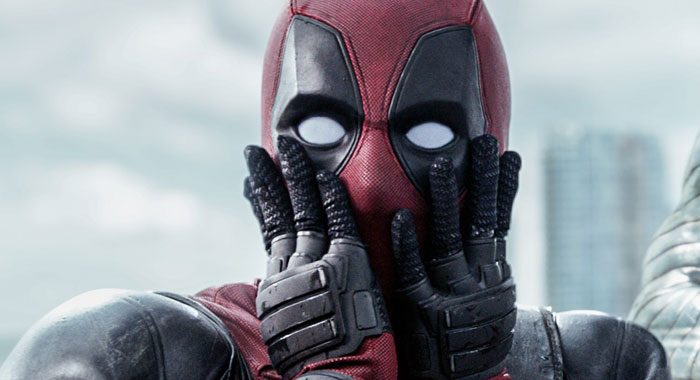 Even as the Fox/Disney deal was being closed this week, one of Fox’s most popular family-friendly franchises was being revived for a new era (and a completely different tone and intended audience). That franchise is Home Alone, which started as a 1990 John Hughes movie starring Macaulay Culkin, Joe Pesci, and Daniel Stern, inspiring four sequels (some with different actors). This new movie will be called Stoned Alone, which indicates that it will not be a family movie, but an R-rated comedy. Stoned Alone will tell the story of a weed-smoking loser who misses a holiday ski trip, decides to get high instead, and suffers a paranoid delusion that his house is being invaded by thieves… except that there really are thieves invading his home. Ryan Reynolds is producing Stoned Alone for Fox, with an eye towards possibly starring as the stoner (though at 41, Reynolds is a bit long in the tooth for the “20-something” character. The Home Alone franchise has thus far earned over $476 million globally.

Last year, Netflix announced plans for a six episode series from writers/directors Joel and Ethan Coen (The Big Lebowski, Fargo) called The Ballad of Buster Scruggs. This week, however, when September’s Venice Film Festival revealed its competition lineup, one of the films was The Ballad of Buster Scruggs, now confirmed to be a movie. The 132-minute film will have a “chaptered anthology structure,” which ties into the original plan for six “episodes.” In their statement, the Coens explained, “We’ve always loved anthology movies, especially those films made in Italy in the Sixties which set side-by-side the work of different directors on a common theme.” The cast of The Ballad of Buster Scruggs includes Tim Blake Nelson (O Brother, Where Art Thou?) as the title character, Zoe Kazan (The Big Sick), Liam Neeson, and Tom Waits. Netflix is expected to give The Ballad of Buster Scruggs an awards-season qualifying theatrical run this fall before it starts streaming on their service (similar to how they released Mudbound, which earned four Academy Award nominations, last year).

2. YOU’LL LAUGH, YOU’LL CRY, BUT WILL THE CATS MOVIE BE BETTER THAN THE MUSICAL?

Last year marked the 35th anniversary of the Broadway debut of the musical Cats, based on T.S. Elliot’s Old Possum’s Book of Practical Cats. The furry-costumed play about the Jellicles tribe of Cats went on to become the 4th longest play in Broadway history, and gave the world the ballad “Memory.” Next summer, Disney is going to deliver their “live action” remake of The Lion King (7/19/19), and perhaps as a reaction to that, Cats is finally getting its own movie, too. Although Cats is associated in the USA with Broadway, it started as a British production, and the movie will be British as well, to be produced by Working Title. Cats will be directed by Tom Hooper (The King’s Speech), who in 2012 gave us the long-awaited adaptation of the musical Les Miserables. Tom Hooper and Cats have attracted an impressive four stars that include three singers (Jennifer Hudson, Taylor Swift, James Corden), and Lord of the Rings and X-Men star Sir Ian McKellen. The roles of the other three are unclear, but Hudson will play Grizabella, the “glamour cat” who gets to sing “Memory.” Cats will start filming in England in November. In related news, studios are currently engaged in a bidding war in the $50 million range for the rights to a 2016 live performance of Hamilton, featuring Lin-Manuel Miranda, to be released theatrically in 2020 or 2021.

If you’re old enough to remember when advice columnists Ann Landers and Dear Abby, there’s one bizarre bit of trivia you may or may not know about them. Dear Abby was written by Pauline Phillips and Ask Ann Landers was written, after 1955, by her twin sister Esther “Eppie” Lederer. That’s right — the two columnists who were direct competitors with each other were also identical twins. It’s a pop culture historical twist perfectly made for a biopic, and Natalie Portman is in talks to take it on, as both director and the film’s two female leads. Portman’s directorial debut was 2015’s Israeli drama A Tale of Love and Darkness (Fresh at 67%), and she also starred in 2016’s Jackie as First Lady Jacqueline Bouvier Kennedy.

4. JAMES FRANCO: FROM THE DISASTER ARTIST TO AN ESPN ORIGIN MOVIE

If you’ve ever looked at the directorial filmography for actor James Franco, you might have noticed he’s directed a ton of movies (12 in the last 5 years). Of those, the one you’re most likely to have actually heard of is last year’s The Disaster Artist (Certified Fresh at 91%), in which Franco also starred as The Room director Tommy Wiseau. While Franco’s career behind the camera has been decidedly inconsistent, with The Disaster Artist, he may have shown that he’s learning from all of that extra experience. James Franco is now in talks to direct another true story based on relatively recent pop culture events, namely the early days of the ESPN cable TV network. The go-to comparison for such a movie is Aaron Sorkin’s 1998-2000 TV comedy Sports Night, except that the premise seems to focus on the financing hurdles that ESPN’s founders had to overcome. The project will probably be called Those Guys Have All the Fun, as it’s an adaptation of the 2011 book by that title by co-authors James Andrew Miller and (noted TV critic) Tom Shales.

Although Jared Leto gave us his own take on the Joker in Suicide Squad (and reportedly may someday return as the character), Joaquin Phoenix is all set to start filming his own Joker origin movie this fall. The Wrap is now reporting that project to be titled simply Joker, and that Robert De Niro is in talks to play a talk show host who is crucial to Phoenix’s character becoming the Joker. De Niro also starred in Martin Scorsese’s King of Comedy, which was reportedly an inspiration for director Todd Phillips’ (The Hangover, War Dogs) take on the Joker. Francis Conroy, who co-starred in HBO’s Six Feet Under is also in talks to co-star as the Joker’s mom “Penny.” These announcements came after the late news last week that the future Joker‘s potential romantic interest will be a single mother played by Zazie Beetz, who debuted as Marvel’s Domino this summer in Deadpool 2. We can also now report that Joker will be released on October 4th, 2019, up against the sci-fi action movie Gemini Man (starring Will Smith) and The Woman in the Window (starring Amy Adams, Julianne Moore, and Gary Oldman).

When Charlie’s Angels debuted on ABC in 1976, the show about a trio of female private investigators was quickly criticized (along with Three’s Company) as “Jiggle TV.” Charlie’s Angels was rebooted in movie form in 2000, but that film and its sequel were arguably more of the same (especially the way Cameron Diaz’s character was filmed). We’ve known for a while now that Elizabeth Banks (who made her directorial debut with Pitch Perfect 2, Fresh at 65%) was going to reboot Charlie’s Angels, and now we know more about how her take will be different. First off, there’s the title character, which was a man in the original TV show (voiced by John Forsyth), but in this third version will be played by Elizabeth Banks herself. Secondly, instead of private investigators, the Charlie’s Angels of 2019 will specialize in international “security and intelligence services,” so basically, they’re spies. Finally, where the 2000 Charlie’s Angels was sort of a supergroup of three popular actresses (Drew Barrymore, Cameron Diaz, and Lucy Liu), the only “name” in the new movie will be Kristen Stewart, who will be joined by Naomi Scott (Power Rangers, and Jasmine in Disney’s upcoming Aladdin reboot), and British actress Ella Balinska. Charlie’s Angels is now scheduled for release on September 27, 2019 (up against the animated Yeti movie Abominable).

7. JENNIFER CONNELLY’S GOT THAT LOVIN’ FEELIN’ AS THE TOP GUN: MAVERICK ROMANTIC LEAD

The one scene that people who have never actually seen Top Gun might know (thanks to memes) is the “Playing with the Boys” beach volleyball montage. It’s emblematic of a movie so dripping with testosterone that you’d be forgiven if you forgot that Top Gun actually had a female lead, played by Kelly McGillis. With that in mind, Jennifer Connelly (Hulk, A Beautiful Mind, Requiem for a Dream) has signed on to play the Top Gun: Maverick female lead, which is described as a single mother who runs a bar near the airbase where Cruise’s Maverick is now a flight instructor. It’s not yet known if  Connelly’s bar will also have a beach volleyball court. Top Gun: Maverick is being directed by Tom Cruise’s Oblivion director Joseph Kosinski, who only has one Fresh film out of three to date. Top Gun: Maverick will take off on July 12, 2019 (the week after Spider-Man: Far From Home, and the week before Disney’s The Lion King).

Martial arts legend Bruce Lee died in 1973 at the age of 32, leaving behind just a handful of films (and the cobbled together 1978 film Game of Death). Lee’s last film, during which he actually died while dubbing, was 1973’s Enter the Dragon, about a Shaolin kung fu master who is recruited by British intelligence to infiltrate a crime lord’s secret martial arts competition. Last Friday (7/20/2018) marked the 45th anniversary of Bruce Lee’s death, which means that the summer of 2023 will mark the 50th anniversary. That perhaps is why development has started on a remake of Enter the Dragon, with director David Leitch in early talks to direct. Leitch got his start as a stunt coordinator, before co-directing John Wick, and then establishing a solo career with Atomic Blonde and this summer’s Deadpool 2. Warner Bros. has been trying to remake Enter the Dragon for a long time now, including previous attempts with both Spike Lee and disgraced Rush Hour director Brett Ratner. In (sort of) related news, Jason Scott Lee, who starred in Dragon: The Bruce Lee Story, signed on with Disney recently to co-star as a villain in their live action remake of Mulan (3/27/2020).

1. GUARDIANS OF THE GALAXY DIRECTOR FIRED

This year’s San Diego Comic-Con had an unusually low number of big announcements, and this was highlighted by the week’s biggest superhero movie news actually happening outside that venue. On Friday, Walt Disney Pictures announced that they had “severed our business relationship” with director James Gunn, who delivered the first two Guardians of the Galaxy movies, and had been developing Guardians of the Galaxy Vol. 3. The reason for Gunn’s dismissal was the recent re-discovery of several offensive “joke tweets” from 2008 to 2011. In response, Gunn said in a statement that, “regardless of how much time has passed, I understand and accept the business decisions taken today.” Gunn’s firing has inspired a wide spectrum of responses, from this Collider editorial to Dave Bautista being “NOT ok” with it, to Selma Blair saying Gunn is “one of the good ones,” to this response calling for criminal prosecution. Meanwhile, Thor: Ragnarok director Taika Waititi has emerged as a fan favorite to replace Gunn on the inevitable Guardians of the Galaxy Vol. 3 (presuming his wacky “imaginary Hitler” movie Jojo Rabbit doesn’t stand in the way). It’s unfortunate that Gunn will no longer be involved with the Guardians, but honestly, he should have known better, too.