We count down the 10 Michael Bay movies that earned the biggest opening weekend box office totals.

Plenty of new releases are making their way to theaters this weekend, but there’s only one wide release — because if you’re forced to choose between opening opposite one of Michael Bay‘s Transformers movies or simply moving to a different week, it’s usually best to pick the latter. In honor of Transformers: The Last Knight‘s arrival, we decided to take a look back at Bay’s directorial output, but with a twist: instead of arranging it by Tomatometer, we’ve lined up these releases in order of opening week box office. Get ready to push the awesome button, because it’s time for Total Recall! 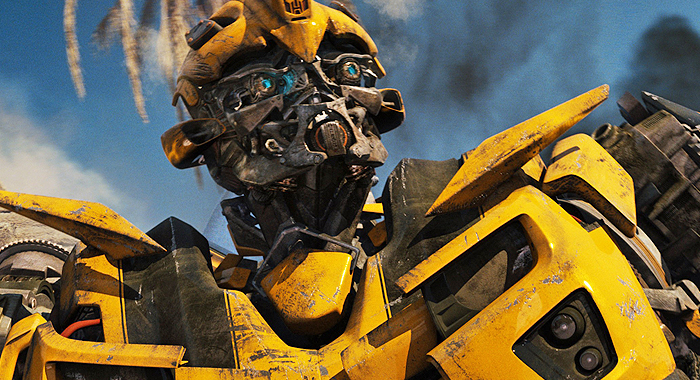 Michael Bay whetted the audience’s appetite for galactic robot war with the first Transformers, and when he returned two years later with the sequel, audiences rewarded him with the best opening-week gross for the franchise — and his career overall. Transformers: Revenge of the Fallen was a major whiff with critics, but it thoroughly cemented the series’ status as a major moneymaker, bringing in nearly $109 million on its way to a theatrical gross that crossed the $835 million mark worldwide. Loudly encapsulating the Transformers movies’ strengths as well as their weaknesses, it served up more of everything audiences loved the first time around, rendering critical analysis irrelevant in the bargain. “Revenge of the Fallen may be a massive overdose of popcorn greased with motor oil,” shrugged Entertainment Weekly’s Owen Gleiberman. “But it knows how to feed your inner 10-year-old’s appetite for destruction.” 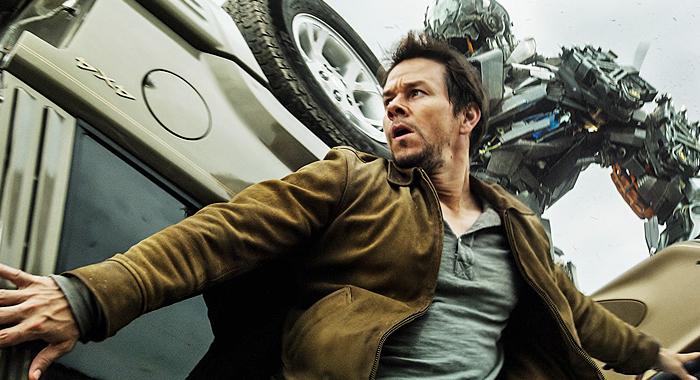 At a lowly 18 percent on the Tomatometer — and only 51 percent of audience members giving it a positive score — 2014’s Age of Extinction represents something of a qualitative low point for the Transformers series. On the other hand, it still featured a lot of giant alien robots punching each other and stuff going boom, which is pretty much exactly why people line up to see these movies; as a direct result, its $100 million opening weekend found the franchise rolling right along where it really counted. New human lead Mark Wahlberg added a little extra star power to the non-CGI portion of the proceedings, but in this fourth installment more than ever, it was really the robots’ show, and at least a handful of critics were perfectly okay with that. “Who cares,” shrugged Variety’s Maggie Lee, “if the human characters are even more dispensable and the plot even more scattershot than usual?” 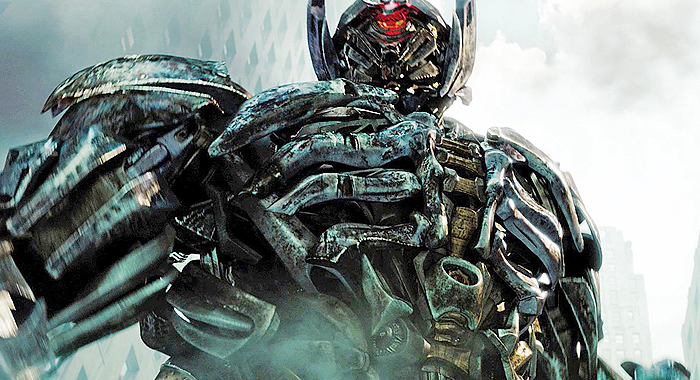 After the original Transformers surprisingly raised the bar for the series, subsequent chapters in the saga earned lower Tomatometer scores with critics and audiences alike — but that didn’t stop the movies from raking in increasingly impressive piles of loot. Each installment bested the original’s opening-weekend haul, with the third chapter, 2011’s Dark of the Moon, managing nearly $98 million — almost $30 million more than the first film, and still only good for third-highest in the franchise. As the series reached the point where cast members started being rotated out, spectacle meant more than ever, and Moon took Transformers to ever more visually impressive heights. “For good or ill,” argued Time’s Richard Corliss, “Bay is the soul of a new machine, the poet of post-human cinema, the CEO of Hollywood’s military-entertainment complex.” 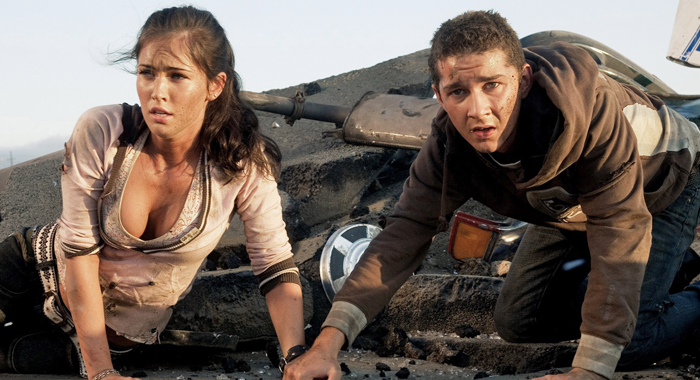 Hollywood caught the toy-to-film fever roughly a decade ago, making plans for all manner of adaptations of classic properties that, for the most part, have either stalled in development or died ignominious deaths at the box office. And then there’s Transformers. Arguably a perfect union of source material and directorial aesthetic, the first film in the series exceeded (admittedly low) expectations when it came clanking into theaters in 2007, earning surprisingly high marks from critics while bringing in heaps of franchise-building cash. Not yet burdened with the responsibility of propping up sequels and spinoffs, the original installment simply offered the CGI-fueled thrill of seeing toys come to life — and featured starring turns from Megan Fox and Shia LaBeouf at their most likable. “We knew it would be dumb,” marveled the Orlando Sentinel’s Roger Moore. “But we had no idea it would be so much dumb fun.” 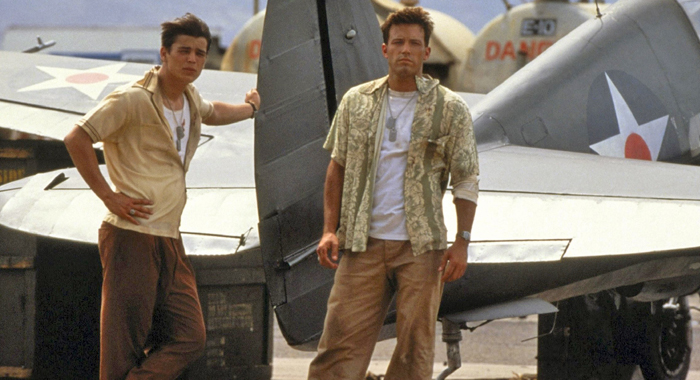 If assembling an ensemble cast to fight a fictional disaster worked for Armageddon, it had to work again with a real disaster, right? Well, yes and no. On a technical level, Pearl Harbor was a triumph; Bay’s fondness for cutting-edge special effects and knack for senses-shattering explosions meant that, when it came time for the bombs to start dropping, audiences would experience the devastation on a broader scope than ever before. Unfortunately for Bay, Pearl Harbor wasn’t all about special effects — it was also a love triangle between two WWII Army men (Ben Affleck and Josh Hartnett) and a Navy nurse (Kate Beckinsale), and on that front, most critics felt the movie was a letdown. Of course, audiences turned out anyway, bringing in nearly $450 million during Harbor’s theatrical run — and some critics enjoyed it, including the Washington Post’s Stephen Hunter, who called it “a much better heartbreaker, thrillmaker and tear-tweaker than Titanic.” 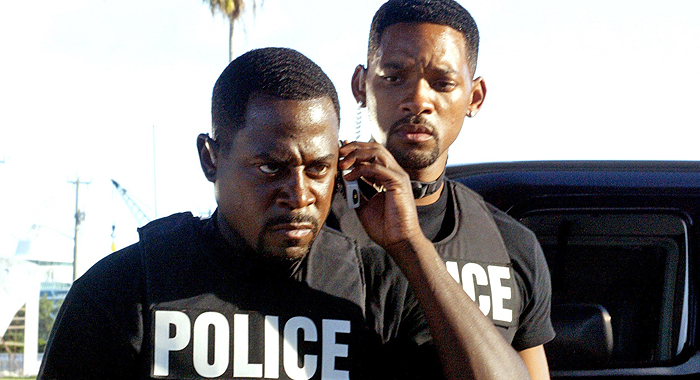 Critics have never exactly been kind to Michael Bay’s movies, but he’s had particularly rotten luck with sequels. His first attempt, 2003’s Bad Boys II, reunited Will Smith and Martin Lawrence in a bid to recapture the fast-talking, action-packed magic of the 1995 original, and although it performed respectably at the box office, bringing in $273 million against a $130 million budget, it earned some of the most scathing reviews of the year from critics who derided it as overlong, misogynistic, and generally distasteful. (Never one to listen to critics, Bay has publicly entertained the idea of filming Bad Boys III after finishing with the Transformers franchise.) Still, some scribes were capable of enjoying Bad Boys II as a loud and mindless action vehicle, including Tom Meek of the Boston Phoenix, who argued that “What carries the film is the comedic pairing of stars Will Smith and Martin Lawrence, who actually improve on their contentious oddball chemistry.” 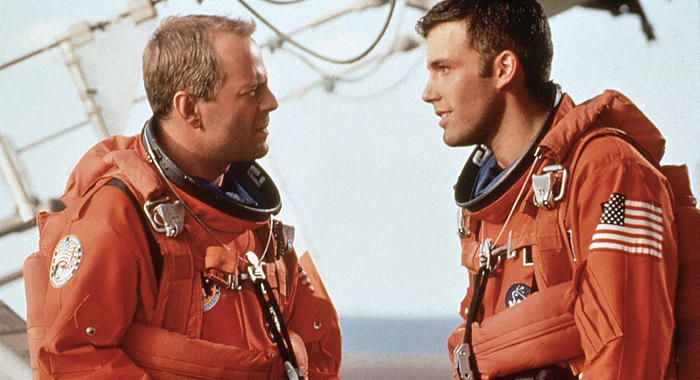 After proving he could deliver a hit with Bad Boys and The Rock, Bay earned a blockbuster-sized budget for Armageddon — and it shows on the screen, where a terrific ensemble cast (including Bruce Willis, Ben Affleck, Steve Buscemi, William Fichtner, Owen Wilson, and Billy Bob Thornton) teamed up to trade wisecracks while saving the entire planet from being smashed to bits by an inconveniently placed meteor. One of two comet disaster thrillers in 1998, Armageddon lost the battle of the critics, but delivered at the box office, where it racked up more than $550 million in global receipts. Slate’s David Edelstein was one critic who didn’t try to minimize the movie’s populist appeal, admitting, “Along with the rest of the audience, I jumped when I was meant to jump, laughed when I was meant to laugh, and swallowed a lump in my throat when I was meant to feel moved.” 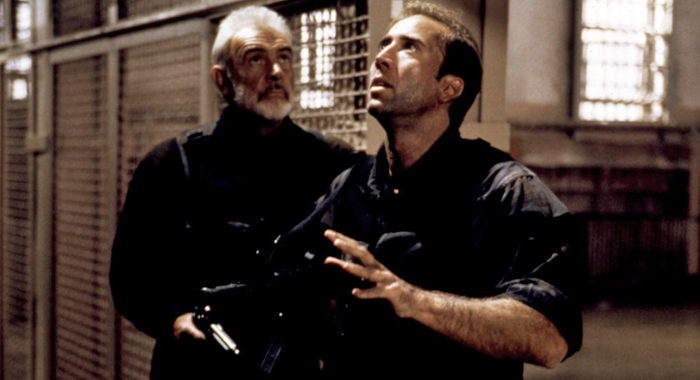 After they made a mint together with Bad Boys, Bay and producer Jerry Bruckheimer got right back to work, teaming up for this $335 million hit about a neurotic scientist (Nicolas Cage) who’s duped by the Pentagon into helping a disgraced MI6 agent (Sean Connery) bust into Alcatraz in order to foil a lunatic Marine (Ed Harris) who’s threatening to fire poison gas rockets into San Francisco. It’s absolutely ridiculous, of course, but The Rock proved beyond the shadow of a doubt that if you want to send a movie way, way, way over the top with popcorn-flavored, big-budget panache, Bay was one of the first guys you needed to call when it came time to fill the director’s chair. “The Rock is the Guy Movie to end all Guy Movies,” applauded Marc Savlov of the Austin Chronicle, calling it “a ridiculously overblown summer testosterone blowout right down to the Wagnerian strains of the soundtrack and its stunningly high body count. It’s also a hell of a lot of fun.” 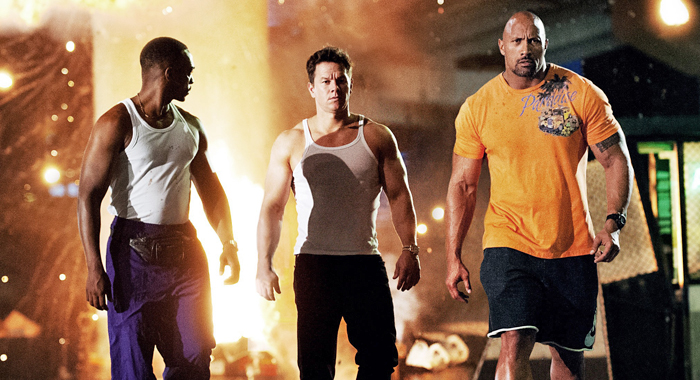 Michael Bay had so much fun working with Mark Wahlberg on Transformers: Dark of the Moon that he reunited with his star for his next directorial effort, 2013’s Pain & Gain — and instead of CGI robots from outer space, he paired Wahlberg with Dwayne Johnson and Anthony Mackie in the fact-based tale of dunderheaded personal trainers whose pursuit of wealth got them embroiled in an infamous (and infamously foolish) series of crimes that included kidnapping, torture, extortion, and murder. Made for a pittance compared to Bay’s other movies — even with those stars attached, it only had a reported $26 million budget — Pain held the promise of a new kind of Michael Bay picture, with a little extra cockeyed wit to season all the stylishly arranged action. Critics weren’t particularly kind to the end result, and audiences didn’t exactly turn out in droves, but for some, it proved a (relatively) low-key and entertaining entry in the director’s filmography. “[Bay] hits new levels of both artistry and sleaziness in the black comedy Pain & Gain, which I strongly recommend if you don’t overvalue taste, subtlety, and moral decency,” wrote David Edelstein for Vulture. “I liked it.” 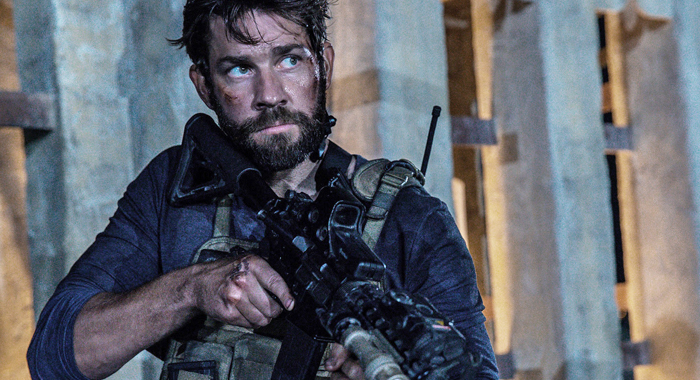 He’ll forever be associated with a certain brand of explosion-fueled action, but give Michael Bay this much: once the Transformers franchise helped further reinforce his financial security, he used the downtime between sequels to make projects closer to his heart. For example, 2016’s 13 Hours: The Secret Soldiers of Benghazi, a dramatization of the 2012 attack on U.S. diplomatic compounds in Libya that left four Americans and seven Libyans dead. Given the serious nature of the subject matter — not to mention the fact that it was still being heavily politicized when 13 Hours arrived in theaters — it struck some as a left-field choice for the director, and Bay’s staunchest critics expected a jingoistic embarrassment. The truth was somewhere in the middle: while it came as no surprise that 13 Hours wasn’t the most thoughtful take on a real-life tragedy, it still had plenty of compelling moments, and the cast (led by John Krasinski and James Badge Dale) proved ready and able to shoulder the task of honoring those injured or killed in the conflict. “The movie is imperfect and overlong but it’s never boring,” observed James Berardinelli for ReelViews. “And, although aspects of its factual accuracy can be called into question, it does a decent job of chronicling what happened that night.”