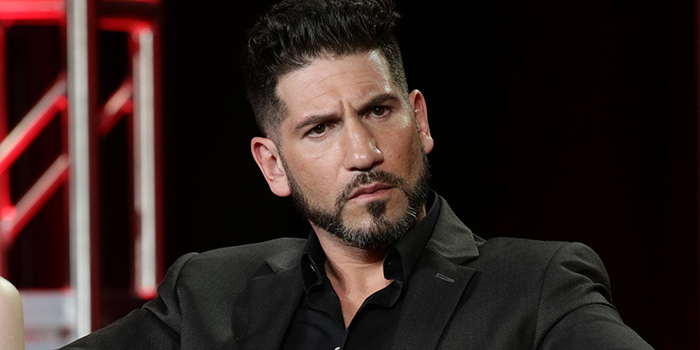 After the breakthrough first season of Marvel’s Daredevil on Netflix, what could possibly make fans more excited than just the promise of a second? For starters, adding more Marvel heavyweights into the mix. For Season 2, starting March 18, Jon Bernthal joins the cast as Frank Castle, who comic book readers (and a few Dolph Lundgren fans) know as the Punisher.

This is a fitting reintroduction for Castle, since the character originally appeared as a guest star in The Amazing Spider-Man comic book. Now he appears in Matt Murdock (Charlie Cox)’s world to bring more definitive, deadly vigilante justice to the crooks of Hell’s Kitchen. Bernthal spoke to reporters after the Television Critics Association panel for Daredevil and Rotten Tomatoes was there.

Q: How much awareness did you have of the Punisher prior to getting the gig?

Bernthal: You always have to learn, right? That’s been one of the joys of doing the job. I think what was sort of to me like a tidal wave was not just how much is out there, but how it important it is to so many people. People care deeply about this character. Again, that just makes my responsibility even bigger. I will tell you one of the real joys for me about this process was to go into comic book shop after comic book shop all across this country and just sell them out of Punisher stuff. That was a real joy for me. I’m a fan for life now.

Fred Topel for Rotten Tomatoes: What was one thing you got from the comic books that really clued you into Frank Castle?

Bernthal: For this character, and I think what makes it such a such a wonderful fit for the world they so successfully created last season, is they presented this world that was so authentic and so gritty. And I really feel it’s the perfect world to reintroduce this character. I think, for me, since so much of Season One was about Matt sort of dealing with this decision to be a hero, I think here comes this guy who, you know, he’s really not concerned with that. I think, if I got one thing from the comics, as far as superpowers, his superpower is his rage. His superpower is that he is not going to quit, and he is going to go forward no matter what. And that’s as human and grounded a quality as I think this sort of genre could have. 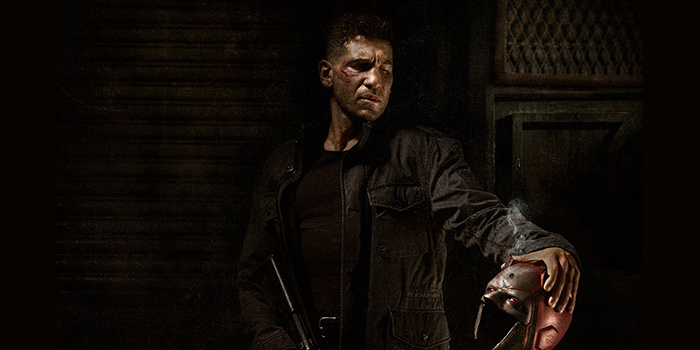 Q: Do you and Charlie ever pause to go, “Wow, we’re playing Punisher and Daredevil fighting each other?”

Bernthal: Look, I wish I was a little less serious, man. I’m a pretty serious guy when it comes to that stuff. There might be moments of that, but what’s so wonderful about Phil Silvera, the stunt coordinator and fight choreographer, there’s no fighting just for the sake of fighting. I dare anybody to say that there’s any stunt work or fight work on television that even comes close to comparing to this. I’ve been in big features with great fight teams where we have six months of rehearsal to do one fight. This is television. We’re racing the clock. We’ve got to get this in. It’s so ambitious. They never scale back. They go for it and they get it done. The best thing, I think, about the choreography of the show is it’s all story-driven. It’s character-driven, story-driven. Every punch, every kick, every way in which you deal with the weapon is character-based and story-based. So it’s not as simple as just, “I’ve got to fight this guy.” There’s a reason. What’s my goal? What am I after? What am I going through and what’s behind me? What a pleasure.

RT: Could you have asked for a better introduction?

Q: Is it difficult to pull yourself out of the dark space you go to?

Bernthal: Yeah. It’s part of the deal. Everybody works differently. I respect everybody’s way of working. Unfortunately, I don’t trust my skill enough to go to work, be the Punisher, and then go have a latte or go out to a nightclub. It’s just not who I am. It’s not what I’m about. A lot of it just means, for me, really having the discipline to adhere to a certain lifestyle which means the first few weeks, putting on a 60 pound backpack and walking over the Brooklyn Bridge all night long until the sun came up. I don’t know why I did it. I just did it. It’s weird. It’s actor crap. It’s what I do. I think for me, the big thing is I have three young children. They’re my life. The only thing, aside from my work, that I care about in this world is my family. I have to separate from them. I have to lock them out for a few months to really dive in. Then you transition. Your kid doesn’t care that you’re the Punisher. Your three-year-old could care less. 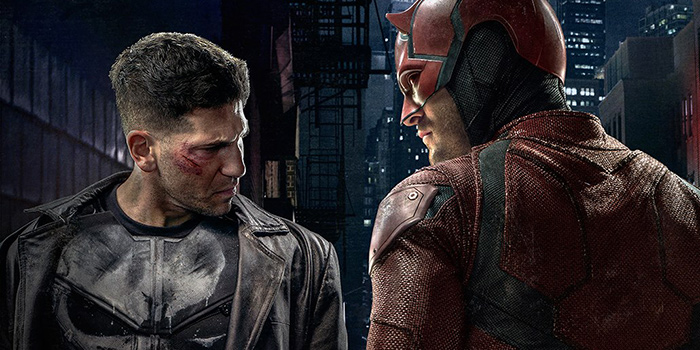 RT: Is the military a very specific take on the Punisher? Other Frank Castles have been cops.

Bernthal: I don’t know what I’m allowed to share with that. To me, it’s incredibly important not only that he’s military, but the specificity of what his military background is — where he served, what he did, who he served with, what were the circumstances of his service? And more importantly, I think, who he was before he was in combat and after.

RT: I didn’t mean a spoiler. I just meant if PTSD or special skills made him more than a cop.

RT: Talk already started of a Punisher series. Do you enter something like this knowing it could spin off?

Bernthal: I really don’t. I really go into this just looking at the job at hand. I’ll tell you that, again, this whole company is shrouded in secrecy. At first, it was frustrating. I look at it now, I love it. I love it. I don’t have to concern myself with it. It’s not my business. My business is the task at hand. I will say this is a character that resonates deeply with me. Like Frank Castle, I stand ready at attention.

Q: What intrigues you about possibly carrying him forward as an antihero, and popping into different corners of the Marvel universe?

Bernthal: Again, for me, my concern here is what did we do this season? You watch Season One and it is just a kick-ass television show. I got the opportunity to play this character on Season Two of this television show, and that’s the Frank Castle that I’m concentrating on now. That’s the deal.