The latest movies, new Netflix series, and other new releases coming to the streaming giant this September include critically-acclaimed series launching their latest seasons on the streamer this month ahead of their new fall seasons coming to cable: the ninth seasons of both The Walking Dead and Shameless, and American Horror Story: Apocalypse. The final season of Gotham is also now available for binging.

Plus, limited series Unbelievable, film In the Shadow of the Moon, and Ryan Murphy’s The Politician are among the new Netflix originals in September. And there is a slew of new Certified Fresh movies coming, too: Mystic River, Superbad, and two Lord of the Rings films among them.

Read on if you’re looking for the latest movies and binge-worthy shows on Netflix in September.

Why You Should Watch: Recovering from a Tomatometer slump over recent seasons, the series’ ninth season was Certified Fresh at 91%. Andrew Lincoln, who has played lead Rick Grimes since season 1, said goodbye to the weekly series in this season (he’ll return to the role for feature films, however), while Samantha Morton (Minority Report) said hello to her lethal new role as the The Whisperers leader Alpha. Get caught up on the horror series with a quick binge before season 10 starts on AMC on October 6.

Description: The communities encounter a formidable force that threatens the very idea of civilization that the survivors have worked so hard to build. 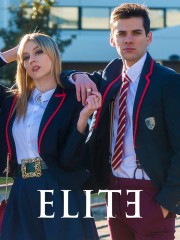 Why You Should Watch: Guilty pleasure high school drama Elite scored 100% on 11 reviews for its first season. Season 2 of the binge-worthy Spanish import promises more of the same.

Description: In the wake of a classmate’s death, a student vanishes, allegiances shift, new friends join the drama, and dark secrets become too difficult to contain. 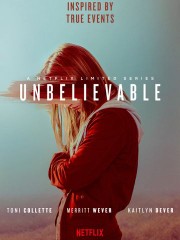 Why You Should Watch: Just off of 89% Certified Fresh 2018 horror film Hereditary, Toni Collette stars as a detective alongside fellow Emmy-winner Merritt Wever (Godless). Plus, Kaitlyn Dever, a standout in 97% Certified Fresh Booksmart, costars as a troubled teenager in this drama inspired by real events documented in The Marshall Project and ProPublica Pulitzer Prize-winning article “An Unbelievable Story of Rape,” written by T. Christian Miller and Ken Armstrong, and This American Life podcast episode “Anatomy of Doubt.”

Description: When teenager Marie Adler (Dever) files a police report claiming she’s been sexually assaulted by an intruder in her home, the investigating detectives, as well as the people closest to her, come to doubt the truth of her story. Meanwhile, hundreds of miles away, detectives Grace Rasmussen and Karen Duvall (Collette and Wever) meet while investigating an eerily similar pair of intruder rapes and partner to catch a potential serial rapist. With episodes directed by Oscar nominees Susannah Grant and Lisa Cholodenko, Unbelievable is a story of unspeakable trauma, unwavering tenacity, and astounding resilience. 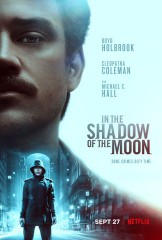 Why You Should Watch: Boyd Holbrook starred in the first two of three Certified Fresh seasons of Netflix original Narcos. As DEA Agent Steve Murphy, he worked to bring down Colombian drug lord Pablo Escobar in the acclaimed series that also starred Pedro Pascal (Game of Thrones). Here, Holbrook takes on another law enforcement role — this time to catch a serial killer. Michael C. Hall (Dexter) and Cleopatra Coleman (The Last Man on Earth) costar in the film directed by Jim Mickle (We Are What We Are), whose Tomatometer average as writer/director/producer on four films and one TV series sits at a solid 81%.

Description: In 1988, Philadelphia police officer Thomas Lockhart (Boyd Holbrook), hungry to become a detective, begins tracking a serial killer who mysteriously resurfaces every nine years. But when the killer’s crimes begin to defy all scientific explanation, Locke’s obsession with finding the truth threatens to destroy his career, his family, and possibly his sanity. The genre-blending psychological thriller examines the power of time, and how its passing can either bring us together or tear us apart. 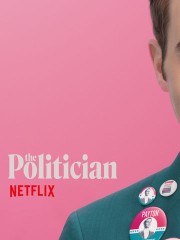 Why You Should Watch: TV super-producer Ryan Murphy’s first original series for Netflix stars Ben Platt, 2017 best actor in a musical Tony Award winner for Dear Evan Hansen. Platt also has an Emmy and a Grammy and is one Oscar away from EGOTing. The comedy also stars Gwyneth Paltrow, Jessica Lange, and Zoey Deutch.

Description: Payton Hobart (Platt), a wealthy student from Santa Barbara, California, has known since age seven that he’s going to be President of the United States. But first he’ll have to navigate the most treacherous political landscape of all: Saint Sebastian High School. To get elected Student Body President, secure a spot at Harvard, and stay on his singular path to success, Payton will have to outsmart his ruthless classmates without sacrificing his own morality and carefully crafted image.