This week’s Ketchup brings you more headlines from the world of film development news, covering such titles as Blade, The Marvels, Red Sonja, and Superman. 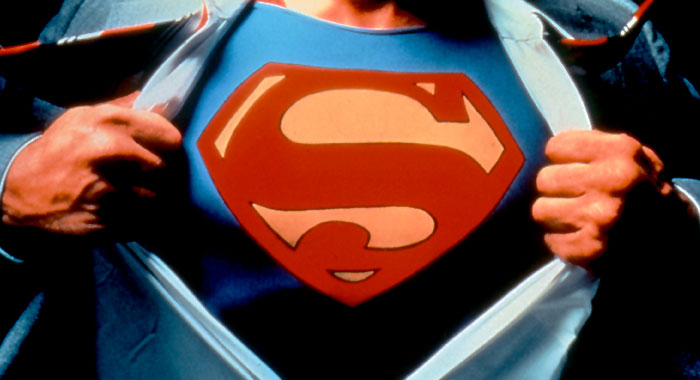 Three months ago, we learned that Warner Bros. had hired award-winning novelist and comics writer Ta-Nehisi Coates to start work on what was expected to be a “Black Superman” movie. This week, new details emerged about the studio’s plans, including their goal of hiring a director of color for the job. Warner Bros. is reportedly working from a short list that includes Barry Jenkins (Moonlight), Steven Caple Jr. (Creed II), J.D. Dillard (Sleight), Regina King (One Night in Miami), and Shaka King (Judas and the Black Messiah). Ta-Nehisi Coates isn’t expected to finish his Superman screenplay until just before Christmas, but Warner Bros. appears to be motivated to use the rest of 2021 to gear up. That will also likely include casting their new Superman himself, and you can see some of the possible candidates in this piece. As for what Coates’ Superman screenplay is actually about, no villain has been revealed yet, but Superman is still expected to be Kal-El from the planet Krypton, and it might be a period piece set in the 20th century. This film is also not expected to be part of the DC Extended Universe (which includes The Flash, in which Sasha Calle will play the first Latina Supergirl), but will instead be more of a standalone film similar to Joaquin Phoenix’s Joker (Fresh at 68%), or the upcoming The Batman (3/4/2022), starring Robert Pattinson.

1. MARVEL’S PHASE 4 TO INCLUDE THE MARVELS, BLACK PANTHER 2: WAKANDA FOREVER

As accessibility to COVID-19 vaccines promises the return of the moviegoing experience, Marvel Studios released a sizzle reel this week highlighting their upcoming films for 2021, 2022, and 2023, including what appears to be the rest of their Phase 4 roster. The video includes our first look at footage from Eternals (11/5/2021) from recent Academy Award-winning director Chloé Zhao (Nomadland) and a release date for Guardians of the Galaxy Vol 3 (5/5/2023). Two of Marvel’s upcoming sequels also received new titles, as the movies formerly called Black Panther 2 and Captain Marvel 2 are now officially titled Black Panther: Wakanda Forever (7/8/2022) and The Marvels (11/11/2022), which will see Brie Larson’s Carol Danvers joined by Disney+ stars Teyonah Parris (Monica Rambeau from WandaVision) and Iman Vellani (Kamala Khan from the upcoming Ms. Marvel). The video ends with a blue 4 surrounded by a circle, which suggests the final film of Phase 4 will be Fantastic Four, although no release date is given, and we don’t know any cast yet.

At San Diego Comic-Con in 2019, Marvel Studios announced their films for Phase 4, as well as plans for Blade and Fantastic Four, which, at the time, were not expected to be included in Phase  4. This week, however, Fantastic Four seemed to be teased at the end of Marvel’s new sizzle reel, while the Blade reboot starring Mahershala Ali was missing altogether. As it turned out, an explanation for this was to be found somewhat buried in The Hollywood Reporter‘s story this week about Warner Bros.’ hunt for a Superman director. Although they have very little else in common, both Blade and Superman will feature black leads, and both studios are seeking black or African American directors, which means both Marvel and Warner Bros. are working from similar shortlists of possible directors. It’s for this reason that Marvel has apparently pushed the production start date of Blade from this September back almost a year to July, 2022 instead. In addition to giving Marvel more time to hire their Blade director, this delay will also allow screenwriter Stacy Osei-Kuffour (HBO’s Watchmen) more time to fine-tune  the Blade screenplay.

Currently 20 years old, New Zealand actress Thomasin McKenzie had a major breakout role in 2018’s Leave No Trace (Certified Fresh at 100%), which was followed one year later by Taika Waititi’s Jojo Rabbit (Certified Fresh at 80%), in which she was basically the female lead (Scarlett Johansson played more of a supporting role). McKenzie has stayed pretty busy in the last two years (even with COVID-19), which includes roles in M. Night Shyamalan’s Old (7/23/2021), Edgar Wright’s Last Night in Soho (10/22/2021), and Jane Campion’s The Power of the Dog. Actress-turned-director Olivia Wilde has also been staying busy following her directorial debut with Booksmart (Certified Fresh at 96%), as she recently wrapped Don’t Worry Darling (starring Flroence Pugh, Harry Styles, and Chris Pine), and she’s also developing a Sony Pictures superhero movie expected to be Spider-Woman (or something similar). Last year, just before the COVID-19 pandemic fully struck, Wilde also signed on to direct a biopic called Perfect, about 1992 and 1996 Olympic gymnast Kerri Strug, and it appears Perfect is getting closer to being Wilde’s next as director. Thomasin McKenzie is now signed to star in Perfect as Strug, who is perhaps best known for participating in the vault competition despite an injured knee, which meant that she then had to be carried to the podium by her coach. Filming of Perfect is expected to start in January following the release of Don’t Worry, Darling.

4. TENET STAR TEAMING UP WITH ROGUE ONE DIERCTOR FOR TRUE LOVE

As COVID-19 kept many theaters in the USA closed for at least several months, many films were delayed until 2021, and others were picked up by various streaming outlets (and still are doing so). One of the directors who didn’t give up on a theatrical release (for better or worse) was Christopher Nolan, whose Tenet (Fresh at 70%) was released in theaters unlike many other Warner Bros. films, which debuted instead on HBO Max. The star of Tenet was John David Washington (BlacKkKlansman, Malcolm & Marie), and this week, Washington signed on to star in the next film from another sc-fi/action director, as he will star in a new film called True Love for director Gareth Edwards (Monsters, Godzilla, Rogue One: A Star Wars Story). The premise of True Love is being kept secret, except that it’s a sci-fi story set in the near future, and the title also obviously suggests a romantic element.

5. AMY ADAMS TO STAR AS A SCIENTIST WHOSE WORK INSPIRED JAMES CAMERON’S AVATAR

The world is still waiting for James Cameron’s first Avatar sequel, which is currently scheduled for December 16, 2022, eight years after the sequel’s first announced release date in 2014. As it might turn out, another movie related to Avatar could feasibly end up being released before Avatar 2. Amy Adams’ Bond Group Entertainment and Jake Gyllenhaal’s Nine Stories production companies are teaming up for an adaptation of the memoir Finding the Mother Tree by scientist Suzanne Simard, with Amy Adams also attached to star in the film as Simard. The memoir is described as a scientific detective story about Simard’s studies into the hidden fungus networks underground that trees use to communicate. The connection to Avatar comes in the form of the “Tree of Souls” featured in that film, which was inspired by Simard’s work.

6. IT DIRECTOR TEAMING UP WITH THE COUPLE BEHIND THE BIG SICK

After years of delays (it was once scheduled for release on March 23, 2018), Warner Bros.’ The Flash has finally started filming under director Andy Muschietti (Mama, IT, IT: Chapter Two), and at the same time, Muschietti has already started developing another future project. Muschietti and his wife Barbara are teaming up with another husband-wife duo, Kumail Nanjiani and Emily V. Gordon, who co-wrote the 2017 indie comedy hit The Big Sick (Certified Fresh at 98%), based on their own experiences together. The project bringing these two couples together is an adaptation  ofthe Edward Gorey illustrated book The Doubtful Guest, which tells the story of a strange penguin-like creature that drops in unexpectedly at a family manor. It’s not yet clear if the film will be adapted as live action (perhaps with a tone like The Babadook), a live-action children’s movie, or something else.

In literature, there is a form of story called “parallel fiction,” in which characters from popular works are expanded upon in their own stories. Famous examples of this include Wicked (from The Wizard of Oz), The Mists of Avalon (from the Arthurian Legends), Rosencrantz and Guildenstern are Dead (from Hamlet), and Alan Moore’s League of Extraordinary Gentlemen (from dozens of Victorian Era works). This story involves a supporting character from William Shakespeare’s Romeo & Juliet getting her own movie, starring Kaitlyn Dever from Booksmart (Certified Fresh at 96%). That character will be Rosaline, who was Juliet’s cousin, and at the beginning of Shakespeare’s play, Romeo’s romantic interest. Rosaline will be a modern, revisionist, rom-com take on the entire story (which suggests something more like 10 Things I Hate About You or Clueless), and it makes its way to production at 20th Century Studios after a long development cycle at MGM.

In the CW superhero series Stargirl, Luke Wilson plays a former superhero sidekick who secretly moves back to his hometown, where he has a secret base in a car garage where he keeps a 15-foot-tall robot. That particular character beat might be a coincidence, but this week, Luke’s brother Owen Wilson signed with producer Jerry Bruckheimer to star in a family-friendly superhero action movie called Secret Headquarters. It’s not yet known for sure who Wilson will be playing, but the premise of Secret Headquarters is about “a kid who discovers the secret headquarters of the world’s most powerful superhero hidden beneath his home and must defend it with his group of friends when villains attack.” From that, we can probably guess that Wilson might be the hero in question, one of the supervillains, or the kid’s dad. Secret Headquarters will be directed by the team of Henry Joost and Ariel Schulman, who also directed the Netflix movie Project Power (Fresh at 61%).

Some movies have roads to production that are relatively easy to explain, and then there’s Red Sonja. Originally created by Marvel Comics as a supporting character in Conan the Barbarian (not the movie), Red Sonja eventually got her own movie in 1985, starring Brigitte Nielsen and Arnold Schwarzenegger, except that he wasn’t playing Conan the Barbarian, which remains a weird thing that happened. Fast forward to the 2000s, when director Robert Rodriguez spent several years trying to remake Red Sonja and got as far as making a poster with Rose McGowan in costume kneeling above a release year of 2009… and then that didn’t happen either. Then, it also didn’t happen under director Bryan Singer. Long story short, this week, Hannah John-Kamen (Ghost from Ant-Man and the Wasp) is now officially attached to star as Red Sonja for indie director Joey Soloway. We should note that the Red Sonja rights (and the Conan rights, and the Robert E. Howard stories she’s loosely based on) have all exchanged hands repeatedly since the 1970s, so this Red Sonja movie is now basically its own thing, and is unlikely to have any connections to Conan (and definitely not Marvel).