Monster Mashup King Kong vs. Godzilla Is In the Works, and More Movie News

New roles for Tom Cruise, Michael Fassbender, and Jamie Foxx, as well as a sequel to Trainspotting and a remake of Road House.

This week’s post-Labor Day Ketchup covers ten stories from the realm of film development news. Included in the mix this time around are headlines for Trainspotting 2, remakes of Road House and King Kong vs Godzilla, and new roles for Tom Cruise, Michael Fassbender, and Jamie Foxx.

MONSTER MASHUP KING KONG VS GODZILLA IN THE WORKS 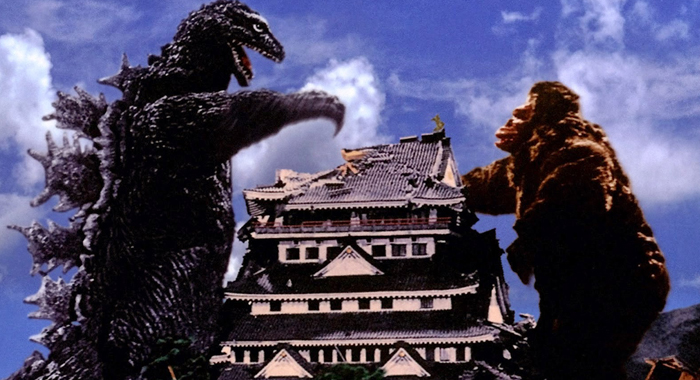 Years of frustration over situations like the split of Marvel Comics characters between Marvel Studios and Fox have conditioned fans not to expect certain “dream movies” to happen, due to rights and licensing issues.  In a surprise deal this week, however, the skies did indeed part, and a potentially “awesome” movie mashup is now possible that previously seemed so unlikely that few fans or pundits ever even thought of it.  In 2014, Warner Bros released a successful reboot of the Godzilla franchise, which was produced by Legendary Pictures, a company that then moved to Universal Pictures. At Universal, Legendary has been developing another new monster reboot called Kong: Skull Island, which is currently scheduled for release on March 10, 2017. That film will be directed by Jordan Vogt-Roberts (The Kings of Summer), and will feature a cast including Tom Hiddleston (Marvel’s Loki), Brie Larson (Trainwreck), Samuel L. Jackson, John C. Reilly, and Tom Wilkinson. Now, here’s where things get surprising. Legendary Pictures has announced that Kong: Skull Island (which may get a new title) is moving to Warner Bros, Legendary’s former studio home. All of this is being done with the expectation that the King Kong reboot will be followed by Godzilla 2 (6/8/18) (which is expected to introduce other Toho giant monsters like perhaps Mothra, Rodan or King Ghidorah). Then, both of those movies would be followed by a giant movie that would basically be a reboot of King Kong vs Godzilla, Toho’s original 1962 movie mashup. All of this is possible in large extent because King Kong itself is in the public domain, and because all of this also falls within the legacy of Toho Studios, which remains the source of Legendary’s license to make these big big budget Godzilla reboot movies.

Warner Bros has a history of successful mid-summer releases in the third week of July, which has included the last Harry Potter, the two last Dark Knight movies, and Christopher Nolan’s Inception. For that reason, it may have been reasonable for studio executives to expect that in the year 2017, Warner Bros would have yet to make a big announcement for that weekend.  This week, that news did indeed come, although it is still very much a mystery otherwise. Warner Bros has scheduled an untitled movie to be directed by Christopher Nolan (Inception, The Dark Knight, Interstellar) for July 21, 2017. Although the nature of the movie is as yet unknown, Nolan has a demonstrated box office record, both with superhero movies and not, so this mystery movie probably has rival studios reconsidering their release dates. The other movies previously scheduled for July 21, 2017 were Pitch Perfect 3, an untitled Fox/Blue Sky animated movie, and the French space opera Valerian and the City of a Thousand Planets. That weekend also comes a week after War of the Planet of the Apes, a week before the reboot of Spider-Man, and two weeks before Guillermo Del Toro’s Pacific Rim.

2. TOM CRUISE TO STAR IN THIRD FILM FOR EDGE OF TOMORROW DIRECTOR

After teaming up on the 2014 science fiction war movie Edge of Tomorrow (which earned a global box office of $369 million), director Doug Liman and star Tom Cruise quickly reunited for another movie. That project was the 1980 drug smuggler drama Mena, which is currently scheduled for release on January 6, 2017 (though that date might be preceded by an “awards season” qualifying date in late 2016). That film is still a year away from release, but Tom Cruise and Doug Liman have already agreed to collaborate on a third movie together.  Now called Luna Park, this movie, which Liman has been developing for several years, will be an outer space heist film set partly on the moon. Tom Cruise is expected to play one of a group of “renegade employees who venture to the Moon to steal an energy source.” Cruise is currently preparing to start filming the sequel Jack Reacher: Never Go Back, and is also expected to film his sixth Mission: Impossible movie sometime in 2016.

3. MICHAEL FASSBENDER TO STAR IN SERIAL KILLER THRILLER THE SNOWMAN

Former football (soccer) star Jo Nesbø started a second career after an injury which has led Nesbø to become one of the best selling international authors since the 1990s, with his crime/thriller series about police detective Harry Hole being his most successful. The 2011 film Headhunters was based upon one of his novels, and now, Nesbø’s 2007 novel The Snowman is next up to be adapted. Just two weeks after the first image of him from the video game adaptation Assassin’s Creed emerged, Michael Fassbender has now also signed on to star as Harry Hole in The Snowman. Set in the early 1980s, the thriller depicts Hole’s investigation into what he suspects might be Norway’s first documented serial killer case. The Snowman is being directed by Tomas Alfredson, whose last two films have been the spy drama Tinker Tailor Soldier Spy and the vampire movie Let the Right One In.

British director Edgar Wright has been developing the heist action movie Baby Driver for a few years, but the project is finally ready to start filming later this fall. Ansel Elgort (The Fault in Our Stars) was previously cast as the film’s lead, a mute getaway driver who gets in trouble with a crime boss, and Lily James (Lady Rose from Downton Abbey) was also cast as the female lead. This week, Jamie Foxx also joined the cast of Baby Driver, although the nature of his role has not yet been revealed. Sony Pictures has high hopes for Baby Driver, with a release date planned for March 17, 2017, the same week as Disney’s remake of Beauty and the Beast.

5. TRAINSPOTTING 2 TO BE DANNY BOYLE’S NEXT FILM AFTER STEVE JOBS

6. SAM SMITH TO SING THE NEXT JAMES BOND THEME SONG IN SPECTRE

With the UK release date for the next James Bond movie, Spectre, now only weeks away (10/26/15, and 11/6/15 in the USA), one of the last things left unknown has been the movie’s theme song, including who was going to be singing it. After months of guessing and speculation, singer Sam Smith started the week with a photo clue, which led a few days later to his official announcement.  The song is called “Writing on the Wall,” and it will be released two weeks from today, on September 25th.

7. BRITISH CAST ANNOUNCED FOR WAR COMEDY THEIR FINEST HOUR AND A HALF

Filming has begun in London on the British World War II comedy Their Finest Hour and a Half, about a “Battle of the Sexes” that emerges during an attempt at filming a patriotic film in England. This week, Jack Huston (Richard Harrow from Boardwalk Empire) and Jake Lacy (Obvious Child) filled out what has become an ensemble cast. Previously cast actors include Sam Claflin (The Hunger Games: Mockingjay), Richard E. Grant, Eddie Marsan (The World’s End), Bill Nighy (Love Actually), and Henry Goodmanstar. Likewise, the female “side” will be represented by Gemma Arterton (Quantum of Solace), Helen McCrory (Harry Potter’s Narcissa Malfoy), and Rachael Stirling. Richard E. Grant was also cast this week in the next season of Game of Thrones. Their Finest Hour and a Half is being directed by Lone Scherfig, whose filmography includes An Education, Wilbur Wants to Kill Himself, and Italian for Beginners.

In most weeks, there are enough news stories that there isn’t room for “rumors,” but Labor Day shortened the news flow considerably. Plus, this particular rumor involves Captain Marvel, the first Marvel Studios movie featuring a female lead in a solo role, scheduled for November 2, 2018. (Though Captain Marvel may appear in a Marvel movie before her solo debut.) With Black Panther having been cast back in October of 2014, the role of Kree-power-infused pilot Carol Danvers has lingered for months as the next solo movie for Marvel to fully cast. There have been a number of names bandied about in recent months (including Emily Blunt, Charlize Theron, and leading her own campaign, Ronda Rousey). If this week’s rumor turns out to be correct, the new top contender might be Swedish actress Rebecca Ferguson. Ferguson is one of the most sought after actresses in Hollywood right now following her female lead role in this summer’s Mission: Impossible – Rogue Nation. Part of the reasoning behind the rumor is that Ferguson recently “took herself out of the running” for the female lead in Fox’s own Marvel solo movie Gambit (the role went to Lea Seydoux instead). Last year, when Doctor Strange was the character most being talked about on movie sites, it was several months before Benedict Cumberbatch was confirmed, and that might also happen with Captain Marvel.

After winning a series of matches and “best of” MMA/UFC lists in 2015, and having costarred in Furious 7 and Entourage, professional mixed martial artist Ronda Rousey is definitely in demand in Hollywood. Rousey has also attempted to be proactive, campaigning for the lead in Marvel’s big cosmic superhero movie Captain Marvel (see above). This week, Rousey landed what was something of a surprising casting choice, as she will be starring in the remake of the 1989 barfight movie Road House. The surprising part is that Rousey will be taking over the role originally played by Patrick Swayze, the gender of which is being changed. Like Swayze in the original film, Ronda Rousey will play “a bouncer hired to clean up one of the rowdiest, loudest bars in Missouri.” Rousey has also recently set up roles in the action movies The Athena Project, Mile 22, and her own biopic, My Fight/Own Fight. The original Road House earned a Rotten Tomatometer score of just 40 percent.