LQ Jones on A Boy and His Dog: The RT Interview

The veteran Sam Peckinpah player on his 1975 sci-fi classic.

Last week RT had the pleasure of visiting Western movie legend LQ Jones in his Hollywood home, shooting the breeze for a leisurely few hours in the subterranean office beneath his house. Out back, somewhere within the sweeping canyon below, Jones grows his own tomatoes — or as he calls them, his “tomaters.” With a soft Southern twang and an unusual openness about him, Jones sounds like a gentleman cowboy — not surprising, if you’ve seen any of his supporting roles in classic Westerns like Hang ‘Em High, Lone Wolf McQuade, or the five films he did for Sam Peckinpah: Ride the High Country, Major Dundee, The Wild Bunch, The Ballad of Cable Hogue, and Pat Garrett and Billy the Kid.

With such a career connection to the guns n’ ponies genre, Jones — who changed his name from Justus McQueen to that of the character he played in Battle Cry, his first film — may have surprised some when in 1975 he wrote and directed the science fiction film A Boy and His Dog. Based on Harlan Ellison’s novella of the same name, Boy tells the story of Vic (a baby-faced Don Johnson, on the brink of Miami Vice stardom), a teenage loner fighting for survival in the barren wastelands of post-apocalyptic America. Vic’s only companion, a telepathic dog named Blood (voiced by Tim McIntire), helps him search out the only two necessities a young man needs in the wake of nuclear destruction: food and sex. But when Vic follows a young woman into an underground society where the old world traditions are still enforced, he finds the people below ground are just as sinister as those above.

LQ Jones shared with us stories of making A Boy and His Dog over three decades ago, what it was like to work with directing legends like Peckinpah and Martin Scorsese, and how he finds Hollywood is different these days. And while he may be biased, but he’s not alone in finding similarities between his film and George Miller’s Mad Max series, which followed Boy four years later.

Catch the re-release of LQ Jones’ 1975 cult classic A Boy and His Dog (in a brand new print!) this Friday, February 8, at midnight at the Nuart Theater in Los Angeles, where LQ Jones will introduce the film, answer questions, and meet fans. For more information, check out the Nuart website.

What do most people call you?

LQ Jones: It’s one of those strange things. I know what you call me from where I knew you. I had one nickname in college, one in high school, one in Nicaragua, one here. In high school it was Mac; in college it was DoDo. In Nicaragua it was Senior Jefe. Here it’s LQ. But you can call me anything that pleases you.

Ok, I’ll stick with LQ. You can call me Jen. Do many people call you Justus?

You’ve had that name for a while.

LQ: Since ’54. Why in the hell would you change your name from Justus McQueen to LQ Jones? It doesn’t make any sense! But the studio wanted to do it, and I said as long as you make the checks out, what do I care?

But when I did Battle Cry, the author of it was doing quite well. He was very famous, because it was the second best-selling book of World War II. We got to be fairly good friends, and I said the studio wants to change the name – why don’t I change it, and as soon as they start using it and as soon as they do, let’s sue them! He said, “That’s a marvelous idea!” So I changed my name and he went off and wrote Exodus, and I never heard from him again.

Let’s talk about A Boy and His Dog!

You’ve seen the picture — how did you see it?

LQ: You did not see it. A Boy and His Dog used scope. And we used scope like no picture has ever used it before or since. [On DVD] you’re not seeing it all, because to put it into the format for television, and eventually DVD, you have to do what they call pan and scan. So you’re losing a quarter of the picture!

LQ: I almost got too smart for myself. Because I did not want a picture like today, they tell you A) what you’re seeing, B) What you saw, and C) why you liked it. I don’t like that — I like to put it on the screen, and if you liked it, super. If you don’t like it? Super. I don’t care. Because everything that’s there I wanted you to see.

People are not sure, but it is a very intricately designed little picture. Doesn’t look like it, looks like you shot it out of a garage. But it’s very carefully scripted and shot; in the beginning, if you missed something, you’re dead. In the end, if you missed something, you’re dead. I’ve seen it in front of audiences as small as one person; I’ve seen it with an audience as big as 14,000 people — in an outdoor football stadium. And I found out, the problem with it is, people did not see and understand enough of it the first time. And on average, it takes about four times to see the picture, to see everything. Probably on average, and I’m very happy with this, half of the people adore it. Half of the people detest it. And I don’t care whether it’s either one for you because if I can make you mad, then I’ve earned your money. If I can titillate you, then I’ve earned your money. 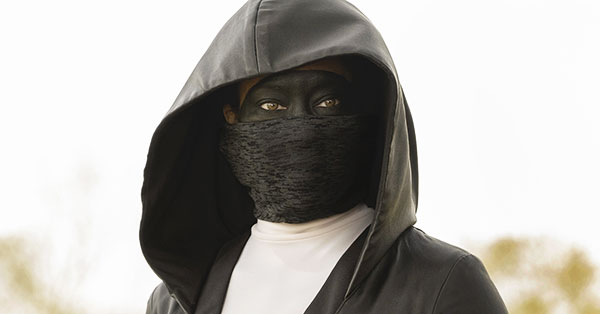 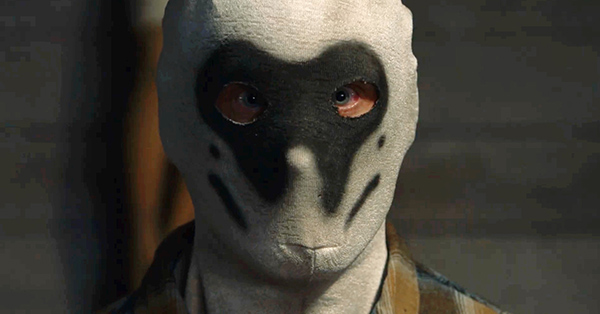 Everything We Know About HBO’s Watchmen TV Series