Tomb Raider reboots again, Creed and The Gray Man get spin-offs, and new projects for Charlize Theron, Matthew McConaughey, and Taron Egerton, among others.

This week’s Ketchup brings you more headlines from the world of film development news, covering such titles as Avengers: The Kang Dynasty, Drago, and Tomb Raider.

LEONARDO DICAPRIO TO REUNITE WITH MARTIN SCORSESE FOR THE WAGER 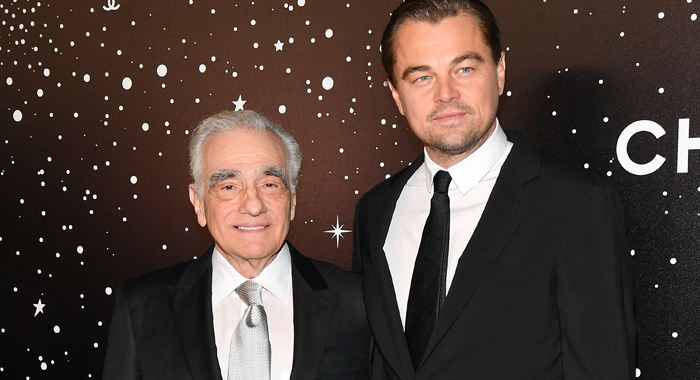 Some directors choose to frequently work with the same actors on multiple films. One of the most famous curren collaborative relationships is the one between director Martin Scorsese and actor Leonardo DiCaprio. So far, DiCaprio has starred in five of Scorsese’s films (Gangs of New York, The Aviator, The Departed, Shutter Island, and The Wolf of Wall Street), with their sixth project, Killers of the Flower Moon, now aiming to release in 2023 instead of 2022. DiCaprio and Scorsese are now developing a new project that would also be an adaptation of a work by the same writer, David Grann, as Killers of the Flower Moon, and like that upcoming film, it will be for Apple Original Films. This potential seventh collaboration will be an adaptation of the upcoming non-fiction book The Wager: A Tale of Shipwreck, Mutiny, and Murder. As the title suggests, The Wager will tell the true story of the British ship the HMS Wager, which wrecked off the coast of Chile in the 1730s, leading to both a harrowing survival story and a famous mutiny case. Leonardo DiCaprio will both produce and star in The Wager, but it’s not yet known which role he would be playing.

1. SHANG-CHI DIRECTOR TAKING ON AVENGERS: THE KANG DYNASTY, AND OTHER MARVEL NEWS

Marvel Studios had a very big Saturday at San Diego Comic-Con last week, which Rotten Tomatoes already recapped right here, but some of the news kept coming long after the final cosplayer left the convention floor. At SDCC, it was revealed that Phase Six of the MCU will conclude in 2025 with the release of two Avengers movies in the same year, namely Avengers: The Kang Dynasty (5/2/2025) and Avengers: Secret Wars (11/7/2025), and also conclude what Marvel is now calling “The Multiverse Saga” (Phases Four, Five, and Six). What was especially interesting to many fans when they heard the latter title was that just a few weeks earlier, Joe and Anthony Russo had been making headlines about their interest in directing a Secret Wars movie. This week, however, Marvel head Kevin Feige clarified that the Russo Brothers are not connected to either of the Phase Six Avengers movies, including Secret Wars. We don’t yet know who will land that job, but the directing role for Avengers: The Kang Dyansty was revealed just a few days after SDCC, and the job is going to Destin Daniel Cretton, who last year delivered Marvel’s Shang-Chi and the Legend of the Ten Rings (Certified Fresh at 91%). It’s not yet known which characters will make up the new Avengers roster. Another clarification Kevin Feige dropped this week concerned Fantastic Four (11/8/2024), the film that will actually start Marvel’s Phase Six. Feige said that the 2024 Fantastic Four will not be an origin story, saying, “A lot of people know this origin. A lot of people know the basics. How do we take that and bring something that they’ve never seen before? We’ve set a very high bar for ourselves with bringing that to the screen.” To Feige’s point, the Fantastic Four origin story was previously told in three separate live-action films: the (officially) unreleased 1994 Fantastic Four (Rotten at 27%), the 2005 Fantastic Four (Rotten at 28%), and the 2015 Fantastic Four (Rotten at 9%). Marvel’s Phase Four will conclude this fall with Black Panther: Wakanda Forever (11/11/2022), and Phase Five will begin in February with Ant-Man and the Wasp: Quantumania (2/17/2023).

Many film productions were somehow able to weather the COVID-19 pandemic in 2020 and 2021 and come out on the other side with finished films. There were other projects, however, that came to a grinding halt in 2020. One example of this was the video game adaptation sequel Tomb Raider 2, which would have been the second film to feature Alicia Vikander as Lara Croft if it had met its scheduled release date of March 19, 2021. As it turns out, the rights deal that allowed MGM to make Tomb Raider (after the two films in the early 2000s starring Angelina Jolie) had only been for nine years, including five years of development before 2018, and that period recently lapsed. Thus, the rights to future Tomb Raider movie adaptations — likely without Alicia Vikander attached to star as Lara Croft — are now the subject of a heated auction between several studios and streamers. Alicia Vikander’s Tomb Raider was fairly directly adapted from the 2013 prequel/reboot of the game franchise, but with Vikander now exiting the role, whichever studio lands the rights may choose to go in a completely different direction.

3. IVAN AND VIKTOR DRAGO TO SPIN OFF FROM CREED II

In Creed II (Certified Fresh at 83%), Dolph Lundgren returned to the franchise to reprise his Russian boxer character Ivan Drago from Rocky IV (Rotten at 37%) in a surprisingly bittersweet father-son story featuring his son Viktor Drago, played by Florian Munteanu. Michael B. Jordan and crew recently wrapped filming of Creed III (3/3/2023), but this week, the news emerged of a fourth movie in the Rocky franchise since the soft reboot of Creed. MGM is now developing a spin-off of Creed II called Drago, which will focus on the relationship between Ivan and Viktor. The Drago screenplay will be adapted by relative newcomer Robert Lawton, who came to MGM’s attention through his Becoming Rocky spec script about the filming of the original Rocky in the 1970s. It is not yet known if Dolph Lundgren and Florian Munteanu will return to star in Drago, or if the roles may be recast (if the film takes place far enough in the past, for example).

4. BEN AFFLECK TO RETURN AS BATMAN IN AQUAMAN AND THE LOST KINGDOM

The week started with Marvel’s Black Panther: Wakanda Forever (11/11/2022) dropping its first trailer, which features the long-awaited debut of one of Marvel’s first characters, the underwater ruler Namor the Sub-Mariner, played by Tenoch Huerta. The week ended, however, with Jason Momoa flipping the hype train back towards that other underwater superhero by revealing that Ben Affleck will indeed be returning to co-star as Batman in next year’s Aquaman and the Lost Kingdom (3/17/2023). Momoa was reportedly inspired to make Affleck’s return public after fans on a Warner Bros. bus tour figured out that Affleck was on the lot for the sequel. Ben Affleck is also expected to be seen as Batman (along with Michael Keaton) in next summer’s The Flash (6/23/2023).

Science fiction author Philip K. Dick was known for both his larger-than-life off-screen persona and his stories that inspired films now considered genre classics like Blade Runner (Certified Fresh at 89%), Total Recall (Certified Fresh at 82%), and Minority Report (Certified Fresh at 90%). Just a few weeks ago, the news broke that Dick’s life is now being developed as a biopic, and within the same month, another story has come out that gives us a much better idea of what’s planned. Charlize Theron and director Alfonso Cuarón are now partnering with Amazon Studios to produce the project called Jane, named after Dick’s sister who died six weeks after birth. In addition to producing, Theron is also expected to star as the title character in “a moving, suspenseful and darkly humorous story about a woman’s unique relationship with her brilliant, but troubled twin, who also happens to be the celebrated novelist Philip K. Dick” (despite the real Jane having never grown up to be an actual woman).

In 2019, actor Matthew McConaughey became a minority owner of the Major League Soccer team Austin FC, based in Texas. This week, McConaughey made another commitment to Texas soccer by signing on to star in Dallas Sting, based on the true story of a Dallas high school soccer team who went to China in 1984 as (spoilers?) “the ultimate underdog and beat some of the best women’s teams from China, Australia and Italy.” Dallas Sting will be directed by Kari Skogland, who recently directed all six episodes of The Falcon and the Winter Soldier (Fresh at 83%), from a screenplay by two of the writers of Netflix’s GLOW (Fresh at 92%). Matthew McConaughey will play Bill Kinder, who coached the Dallas Sting after the group was formed to answer the invite from China in 1984 for the U.S. Women’s Soccer Team to compete, despite the fact that the United States did not have an official U.S. Women’s Soccer Team at the time. The Dallas Sting also reportedly borrowed their team name from the 1971 film The Sting (Certified Fresh at 94%), starring Paul Newman and Robert Redford.

7. LICORICE PIZZA AND ELVIS BREAKOUT OUT STARS TEAM UP FOR THE TRASHERS

Two movies that have come out within the last year that feature a few arguable “breakout performances” are Licorice Pizza (Certified Fresh at 91%), featuring Haim member Alana Haim and Phillip Seymour Hoffman’s son Cooper Hoffman, and Baz Luhrmann’s Elvis (Certified Fresh at 78%), featuring Austin Butler as the title rock star and Olivia DeJonge as Priscilla Presley. Cooper Hoffman and Olivia DeJonge are now both signed to star in a 2000s-set period piece hockey drama called The Trashers. David Harbour (Stranger Things) will also co-star as real-life Genovese crime family associate Jimmy Galante, who in 2004 bought the New Jersey minor league hockey team the Danbury Trashers, while Hoffman will play Galante’s son. The Trashers will be directed by another Cooper, Cooper Raiff, whose most recent film was Cha Cha Real Smooth (Certified Fresh at 85%).

Spanish-American director Jaume Collet-Serra is currently preparing for the release later this year of his superhero action movie Black Adam (10/21/2022), starring Dwayne Johnson, which was his second film in a row with Johnson following last year’s Jungle Cruise (Fresh at 62%). For what may be his next film, Collet-Serra has signed on for a holiday-themed action thriller called Carry On for Amblin Entertainment and Netflix. Taron Egerton is also already attached to star in Carry On as a TSA agent working at a busy airport on Christmas Day who is blackmailed into passing through a suspicious package onto a plane.

9. NETFLIX SEEKING BOTH A SEQUEL AND A SPIN-OFF OF THE GRAY MAN

The Netflix action movie The Gray Man (Rotten at 47%) only debuted a week ago (7/22/2022), but the streamer is already developing both a sequel and a spin-off to the spy thriller. The Gray Man always had a loaded plate of talent, including directors and producers Joe and Anthony Russo (who directed four films for Marvel Studios, including Avengers: Endgame), and stars Chris Evans, Ryan Gosling, Ana de Armas, and Regé-Jean Page. It’s unclear who will return for the sequel, except for Ryan Gosling, who is currently the only actor attached, specifically to the sequel. Frequent Marvel co-writer Stephen McFeely will adapt The Gray Man sequel, and the spin-off (which currently has no cast attached) will be adapted by Deadpool and Zombieland screenwriters Paul Wernick and Rhett Reese.