Critics who watched the Sundance premiere say Shaka King's biopic is anchored by its stellar performances and a story that feels just as relevant as it did in the 1960s.

Lakeith Stanfield and Daniel Kaluuya star as the titular figures of Judas and the Black Messiah, Shaka King’s new movie focused on the betrayal and death of Black Panthers leader Fred Hampton in 1969, and their performances are the standouts, according to the first reviews published following its Sundance Film Festival premiere on Monday, February 1. The historical drama involving the US government’s targeting of Black Americans expectedly carries power and timely relevance, and Kaluuya, Stanfield, and co-star Dominique Fishback have some talking Oscars, even if the biopic framing posed a bit of a narrative hurdle for some critics.

Here’s what critics are saying about Judas and the Black Messiah:

Is it one of the most important movies of the year?

Judas and the Black Messiah makes the Hampton saga feel as urgent — and tragic — as ever.
– Kate Erbland, IndieWire

It doesn’t feel like a stretch to name it one of 2021’s best films. It may be one of the year’s most important movies, too.
– Karen Han, Slate

Of the movies that have come out after last year’s Black Lives Matter protests, Judas and the Black Messiah is perhaps the most essential.
– Karlos Delossantos, Smash Cut Reviews

The film could have been truly earth-shaking. As is, it’s a momentous story told well enough.
– Richard Lawson, Vanity Fair

To call it timely would be both accurate and essentially meaningless, insofar as everything the movie shows us has been with us, and may be with us, for a very long time.
– Justin Chang, Los Angeles Times

Will it make you angry?

Judas and the Black Messiah will piss you off — but that’s by design. The film is a bleak reminder that racism, classism, and corruption still exist within the American government and society at large — and it’s not going away anytime soon.
– Valerie Complex, The Nerds of Color

If you aren’t furious and shedding tears by the end of it, I don’t think you paid close enough attention.
– Tessa Smith, Mama’s Geeky

The story is infuriating — not in the way King presents it, not at all, but in its details.
– Bill Goodykoontz, Arizona Republic 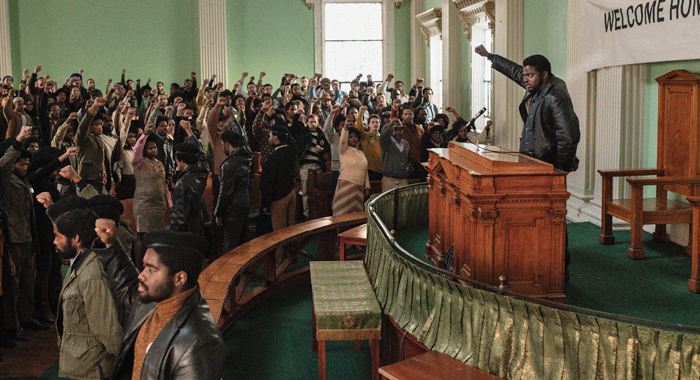 Does it offer an authentic history lesson?

Because this is a movie, the Rainbow Coalition’s origins are a little too oversimplified and streamlined… There might be fabricated “only in a movie” moments, but the film authentically conveys the passion and necessity for civil rights.
– Carla Hay, Culture Mix

Judas and the Black Messiah could be considered a piece of civil rights history, but really it’s a war movie and it explores how soldiers and civilians see themselves in that war.
– Matt Goldberg, Collider

Does it work as a biopic?

That it was conceived within those creative walls and still breathes freely as non-conformist art makes it all the more invigorating.
– Carlos Aguilar, The Wrap

It’s a great reminder of what a studio-produced biopic can accomplish with the right parameters for telling the story of notable historical figures.
– Aaron Neuwirth, We Live Entertainment

Judas and the Black Messiah is richer and more engaging than a standard biopic but is not quite the Shakespearean tragedy of double allegiances and backstabbing that it could have been.
– Richard Lawson, Vanity Fair

King hits the limits between cinema and history in his race to the conventional biopic center… Judas And The Black Messiah doesn’t fully encapsulate either its Judas or its messiah.
– Robert Daniels, The Playlist

How well does it handle its characters?

Judas’ flaws start at the conception stage, and a script that just needed better focus or more care for both of its titular figures.
– Kyle Pinion, ScreenRex

The film is hurt a bit by a wandering protagonist. It keeps flipping between both men to the point I didn’t feel I got to know either well.
– Rachel Wagner, rachelsreviews.net

Shaka King resists the temptation to flatten real-life figures into easy roles like hero, victim, villain, or saint, or to bop the audience over the head with constant reminders about the gravity of it all.
– Angie Han, Mashable 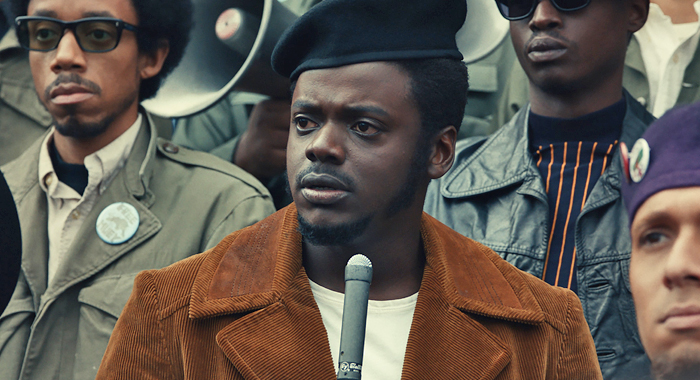 How is Daniel Kaluuya as Fred Hampton?

Kaluuya provides an electrifying performance as the young revolutionary, bringing in various affectations, physicality, and more to provide a near-instantly iconic portrayal of Hampton.
– Aaron Neuwirth, We Live Entertainment

Kaluuya renders an incredible impression of Hampton’s presence, power, and energy—Kaluuya is simply electric—and when he’s not on screen, the power stops.
– Robert Daniels, The Playlist

It’s a nuanced, careful part, embodied by an actor who can more than ably capture every inch of a man, far beyond decades-old public perceptions.
– Kate Erbland, IndieWire

This role is a huge step up for him in a quick march towards becoming one of the finest actors of his generation.
– Leila Latif, Little White Lies

Kaluuya is transcendent… He’s so good, his absence lends itself to some slightly patchy pacing around the midway point.
– Cameron Frew, Unilad

And LaKeith Stanfield as William O’Neal?

This is a career best. Stanfield was able to capture the complexities and internal struggles that O’Neal was suffering with perfectly.
– Dorian Parks, Geeks of Color

Stanfield gives us a career-best performance… Stanfield’s gentle face, often breaking into a slippery but charming smile, is enough to break your heart.
– Peter Bradshaw, Guardian

Stanfield’s performance is indeed a thing of insidious beauty, as conscience and cowardice duke it out until the cruel, bloody end.
– Justin Chang, Los Angeles Times

Stanfield is terrific (as he is in everything he does), but what makes his performance clever is that O’Neal doesn’t seem to grasp anything larger than his own survival.
– Matt Goldberg, Collider

It’s a tricky role, both despicable and pitiable… He viscerally captures the shiftiness of O’Neal.
– Richard Lawson, Vanity Fair

He’s confined to certain expressions and reactions because of how the film portrays O’Neal… It’s solely the fault of how the character is written.
– Valerie Complex, The Nerds of Color

The material underwhelms, doing him somewhat of a disservice.
– Courtney Howard, Fresh Fiction 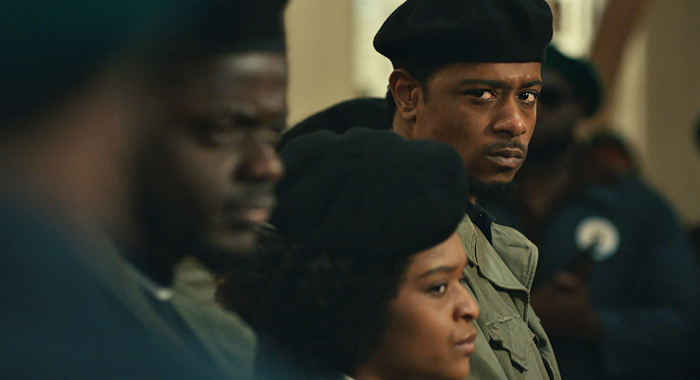 Is there anyone else to watch for?

Dominique Fishback is the film’s fresh breathing lungs… Fishback, put in a supportive spouse role, accomplishes so much with so little.
– Robert Daniels, The Playlist

Fishback arguably has the most difficult task in the entire picture because she needs to sell the personal stakes of the fight, and she immediately wins us over with her strong yet gentle performance.
– Matt Goldberg, Collider

What else is effective in the film?

The film’s dazzling use of music weaves deep cuts from the period and spoken word together with a score by avant-garde jazz trombonist Craig Harris and Mark Isham.
– David Rooney, Hollywood Reporter 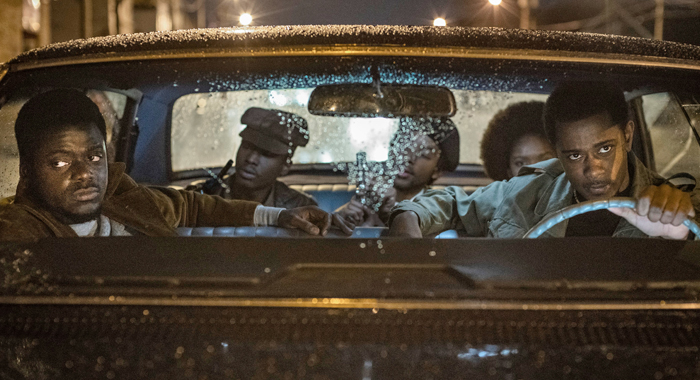 What else is the film reminiscent of?

A sort of Donnie Brasco undercover drama that unfolds within the weighty context of sociopolitical fury and sorrow.
– Richard Lawson, Vanity Fair

The movie acts as a corrective for Sorkin’s film [The Trial of the Chicago 7].
– Karen Han, Slate

This film has a lot in common with The Assassination of Jesse James by the Coward Robert Ford… Much like the Roger Deakins-shot film, Judas also looks incredible.
– Aaron Neuwirth, We Live Entertainment

Like Spike Lee’s Da 5 Bloods, King’s film is masterful in its depiction of the struggle for Black self-determination.
– David Rooney, Hollywood Reporter

Should we anticipate some awards recognition for the film?

Speaking in Oscar prospects can reduce a great performance to gold, but [Kaluuya] is surely our supporting actor winner.
– Cameron Frew, Unilad

Another nomination should be in the cards [for Kaluuya] showing the full range of his talents.
– Brian Truitt, USA Today

I hope it goes the distance during award season; it certainly deserves it.
– Dorian Parks, Geeks of Color

Judas and the Black Messiah premieres in theaters and on HBO Max on February 12, 2021. 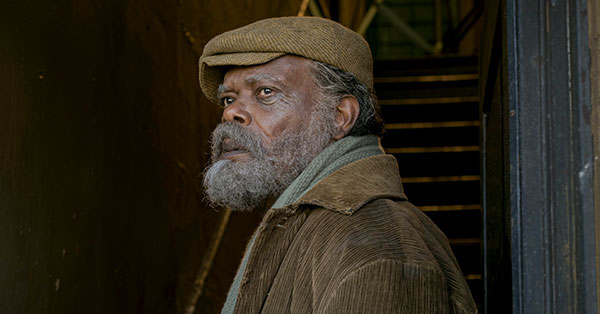