This week’s Ketchup brings you another ten headlines from the world of film development news (those stories about what movies Hollywood is working on for you next). Included in the mix this time around are stories about such titles as Black Panther, Fruit Ninja, Hot Wheels, The Lion King, and Murder on the Orient Express.

IT’S THE CIRCLE OF LIFE: DISNEY TO REMAKE THE LION KING 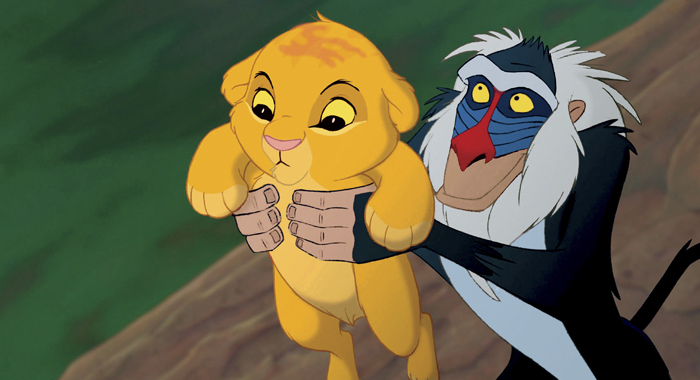 Ever since it became pretty obvious that Walt Disney Pictures was dedicated to remaking most of their back catalog (before say, 1996), there have been a few very obvious “big titles” that remained unannounced or unconfirmed. We’re at the point now where it’s far easier to list the films that Disney isn’t currently planning to remake than to list the ones it is. Some of the big ones still not announced yet include Lady and the Tramp, The Aristocats, The Rescuers, Pocahontas, and Bambi (though SNL has already spoofed that concept). The most popular such film (certainly in box office, as it’s the highest-grossing hand-drawn animated film of all time) is 1994’s The Lion King (not counting rumors). If one were to guess the reasons for Disney previously not developing a “live action” remake of The Lion King, the most obvious would be that the cast is comprised entirely of animals. Earlier this year, though, Disney’s remake of The Jungle Book seemed to lay that debate to rest, and it remains in the top 5 box office hits of the year to date. Jon Favreau (Iron Man) directed The Jungle Book for Disney, and now the studio has enlisted Favreau to direct their remake of The Lion King as well. Many sources are using the phrase “live-action,” but as this article points out, that’s highly unlikely. Instead, like The Jungle Book, The Lion King‘s animal characters will be CGI (albeit, very well animated). Jon Favreau and Walt Disney Pictures are also working on a sequel to The Jungle Book, but there is not yet a release date for that film, or The Lion King.

1. JOHNNY DEPP AND DAISY RIDLEY TO WITNESS MURDER ON THE ORIENT EXPRESS

We’ve known for over a year now that 20th Century Fox was preparing a remake of Murder on the Orient Express with director Kenneth Branagh (Thor, Cinderella) for release on November 22, 2017. For a long time, the biggest star in the film’s ensemble cast was expected to be Angelina Jolie, but last month, she was reported as having dropped out of the project. Jolie’s departure hasn’t apparently slowed down the Orient Express any, however, as this week, Fox announced a large ensemble cast for the remake, including one of Hollywood’s biggest (male) stars. Johnny Depp, Daisy Ridley (Star Wars: The Force Awakens), Dame Judi Dench, Derek Jacobi, Leslie Odom Jr. (Hamilton), Michael Pena (Ant-Man), and Michelle Pfeiffer are all among the stars who are now attached to costar in Murder on the Orient Express. They and several other actors are joining Kenneth Branagh, who, in addition to directing, is also starring in the film as Agatha Christie’s famous detective Hercule Poirot. It’s not yet known which characters these actors will be playing, or which actress is “replacing” Angelina Jolie, though it’s probably Michelle Pfeiffer (closest in age), or perhaps Daisy Ridley (not as close in age). Murder on the Orient Express has been adapted a few times before, but the most famous remains the 1974 version starring Albert Finney, Lauren Bacall, Ingrid Bergman, Jacqueline Bisset, Sean Connery, Sir John Gielgud, Anthony Perkins, and Vanessa Redgrave. Daisy Ridley also made the news this week for joining Sony’s new adaptation of Beatrix Potter’s children’s character Peter Rabbit (to be voiced by James Corden).

2. HOW TO GET AWAY WITH A CAPER: VIOLA DAVIS TO STAR IN WIDOWS

This season now marks three years since the Academy Award-winning release of 12 Years a Slave, but the world is still awaiting a new film from director Steve McQueen. For a while, it was expected that McQueen’s follow-up would be a mini-series for HBO called Codes of Conduct, but that project was recently shelved. Instead, McQueen is now working on making his next feature film an adaptation of a 1983 British mini-series called Widows. Viola Davis is now attached to star in Widows, about a group of women who are brought together to complete a heist after their husbands all die in the first failed attempt to pull off the job. Steve McQueen is currently working on finishing the adaptation screenplay with Gillian Flynn, the author and screenwriter behind the 2014 hit film Gone Girl.

3. FAST & FURIOUS DIRECTOR TO PLAY WITH THE FAST CARS OF HOT WHEELS

Some franchise concepts or licenses take decades to actually get produced as a big feature film. One such property this writer remembers covering over 15 years ago is a movie based on the Mattel toy car franchise Hot Wheels. (Basically, Hot Wheels took off as a development project soon after the release of the first The Fast and the Furious film in 2001.) As it turns out, maybe what Hot Wheels was waiting on was for the Fast and Furious franchise to become so popular that a director with three of those films under his belt would be available (after directing a Star Trek movie, even). Justin Lin, who directed the 4th, 5th, and 6th Fast and Furious films is now attached to direct Legendary Pictures’ adaptation of the popular Hot Wheels toy car franchise. Lin will also be producing, and the search is now on for a screenwriter to start work on developing Hot Wheels into a narrative film with, you know, an actual plot besides cars going really fast, and perhaps doing loop-de-loops (ala Speed Racer?).

Pretty much ever since the notion of a Black Panther movie was confirmed by Marvel Studios, an obvious choice for one of the film’s villains has been M’Baku, AKA Man-Ape, who is the leader of one of the rival tribes to King T’Challa’s Black Panther. It’s arguably for that reason that some fans were a little surprised when Michael B. Jordan was announced as playing the film’s main villain, and it was going to be Killmonger instead. Well, this week, all those Man-Ape fans got great news, because he will indeed be one of the film’s villains, alongside both Killmonger and Ulysses Klaw/Klaue (as already played by Andy Serkis in Avengers: Age of Ultron). M’Baku, AKA Man-Ape, will be played in Black Panther by Winston Duke from TV’s Person of Interest. Marvel Studios has scheduled Black Panther for release on February 16, 2018. As for the Marvel movies coming before Black Panther, it was revealed this week that “a couple of months ago,” Stan Lee flew down to Atlanta to film his cameo appearances in the next four Marvel Studios films, which are: Doctor Strange, Guardians of the Galaxy Vol. 2, Spider-Man: Homecoming, and Thor: Ragnarok (a few of which did indeed film in the Atlanta area). And finally, we also have a bit of news about Thor: Ragnarok, which is that Jurassic Park star Sam Neill revealed on Twitter this week that he has filmed a role in that film… but he can’t tell us more than that.

Although Mindy Kaling remains committed to starring in The Mindy Project now that it’s on Hulu, the actress and comedian is continuing to branch out into doing more film work as well. Two of Kaling’s biggest recently announced film projects are the ensemble sequel/spin off Ocean’s Eight, and Disney’s adaptation of A Wrinkle in Time, in which she’ll play Mrs. Who. Kaling is also, however, developing her own films, starting with an untitled showbiz comedy which she is producing, writing, and starring in. The premise revolves around an aging late night talk show host (to be played by Emma Thompson), whose show gets new life when she hires the show’s first female writer, to be played by Mindy Kaling.

There have been various efforts in the last several years to somehow tell the story of inventors Thomas Edison and Nikola Tesla, specifically their conflict as both employer/employee and later as the brainiacs on either side of the technological dispute over what sort of electrical current would become used by most people worldwide (direct or alternating). Tesla’s alternating current patents were purchased by George Westinghouse, and with that, it became Westinghouse who took on Edison “directly.” Benedict Cumberbatch (Doctor Strange) has been attached for a while to star in The Current War as Thomas Edison, and this week, Michael Shannon began negotiations to join Cumberbatch, playing his competitor George Westinghouse. The role of Nikola Tesla has not been cast yet.

One of Julia Roberts’ most famous (and award-winning) films was 2000’s Erin Brockovich, the true story of a single mother trying to fight a big power company over alleged industrial poisoning.  This week, Roberts signed on for another film based on a true story in California involving a real mother, but the subject’s resemblance to Erin Brockovich might end there. The film will be called Framed, and in it, Roberts will play a PTA president named Kelli Peters who became the victim of a coordinated “smear campaign,” which included marijuana and drugs being planted in her car. Framed will be an adaptation of a six-part series in The Los Angeles Times, which you can read in its entirety right here.

2. SPEAKING OF PRETTY WOMAN, ROY ORBISON TO GET HIS OWN BIOPIC

Though it seems like ambitious musical biopics are a dime a dozen, there are still plenty of popular musicians whose life stories never made it to the big screen. One example is Roy Orbison, whose career began in the same sessions that gave us Elvis Presley, Johnny Cash, and Jerry Lee Lewis (all three of which have already had their own biopics in the past). Orbison’s life was also marked with tragedy, as his wife died in a car crash and two of his sons died in a house fire. Now, the Roy Orbison estate has allowed his life story to be optioned for a potential feature film. The writers who are now working on the film called The Big O are Ray Gideon and Bruce Evans, whose past credits include Starman, Stand By Me, and Mr. Brooks.

1. MOBILE GAME FRUIT NINJA TO BE ADAPTED AS A MOVIE ABOUT NINJAS CUTTING FRUIT

Over the last several years, one of the most lucrative new markets for “casual” video games has been in the mobile realm (phones, tablets, etc). It’s on those devices that games such as Angry Birds and Plants vs Zombies have had their greatest success. Earlier this year, the first major movie based on such a video game, The Angry Birds Movie, was released, and it’s currently the #18 movie in worldwide box office grosses. That movie also only earned a 42 percent Tomatometer score, which might serve as an example of the challenges in attempting certain types of video games which don’t inherently have strong narrative elements. Despite all that, New Line Cinema has won the film rights to another popular mobile game — Fruit Ninja — a big screen adaptation of which would presumably include ninjas who, well, cut fruit. As it turns out, that’s exactly what New Line has in mind.