Jared Leto Wants to go from Blade Runner to Tron 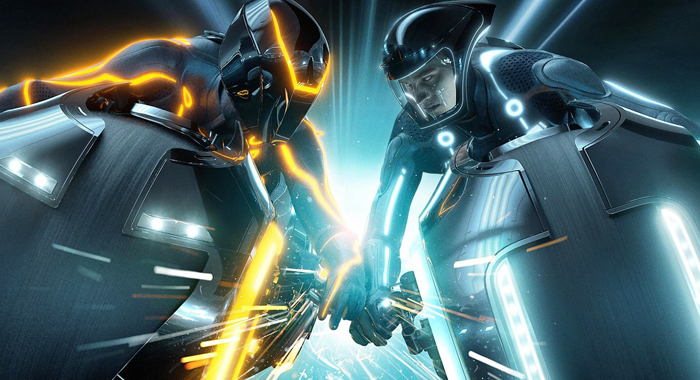 Earlier this year it was reported that Jared Leto was among the names circling the third Tron movie, a project that’s been hot and cold at different times following the somewhat lukewarm reception of 2010’s Tron: Legacy (51% at Rotten Tomatoes; $400 million in worldwide grosses). While we still don’t have a firm release date or cast, Leto — out promoting Blade Runner 2049 — says he’s definitely excited about jumping into the Tron universe and expanding upon it, much like he’s done with Blade Runner.

“For me, when I was a kid, it was Blade Runner, it was Tron, it was The Shining,” Leto told Rotten Tomatoes. “It was these kind of elevated genre movies really blew my mind, as well as films like Clockwork Orange and Scorsese [movies] and the early work of Brian De Palma. But Tron is another one that I feel like is a world that we’re not done with yet. There’s so much more to explore and to see there. I would absolutely love to expand upon the world of Tron and see what we could do to bring that to life.”

So What Would That Third Tron Movie Look Like?

According to Legacy director Joseph Kosinski, the current idea revolves around an all-out invasion film, with parts of it taking place in the real world and other parts inside the Tron world.

“What I’m excited about is the concept, which is an invasion movie from inside the machine coming out as opposed to one we’ve usually seen,” Kosinski told Collider earlier this year. “So we hinted at that at the end of Legacy with Quorra coming out, but the idea for Ascension was a movie that was, the first act was in the real world, the second act was in the world of Tron, or multiple worlds of Tron, and the third act was totally in the real world.” 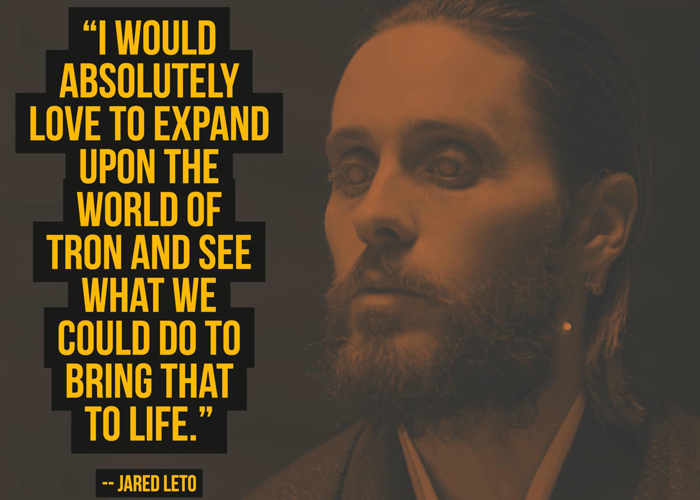 As for Leto’s role (assuming he remains onboard and the film becomes a reality), all we know is he’d be playing a character named Ares, according to the original report. In Greek mythology, Ares is the god of war, and so it would seem like Leto might be playing a villain — or, like he does in Blade Runner 2049, a character whose presence is both good and bad, depending on the situation.

Do you want to see a third Tron movie?