Check out the latest Fresh indie releases, including what's in theaters, what's on VOD and streaming, and what's coming soon.

This week for our Indie Fresh List, we have an urban Western coming-of-age tale, an insightful documentary about female comics, and a dark comedy set at a Jewish wake. In our spotlight section, we have a documentary that examines the fall of the co-working space WeWork and the cult-like company culture that allowed it to thrive despite clear warning signs. 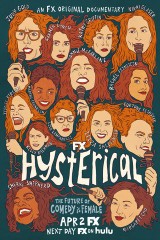 Some of the funniest women in comedy join forces to break down the hilarious, heartbreaking, and oftentimes brutal world of comedy, an industry historically dominated by men and fans who take every opportunity to declare “women aren’t funny.” Hysterical (as the name suggests) relies on funny women Fortune Feimster, Margaret Cho, and others to break down the history and future of funny ladies on stage — check out our chat with Sherri Shepherd, who is also featured. More than that, the film also serves as an interesting conduit to discuss hard-hitting subjects including every facet of comedy, sexism, and pop culture. “It’s achingly hilarious at times, these ladies are really funny, but the constant undertone of active, open, traditional sexism smarts,” writes Anne Brodie of What She Said. 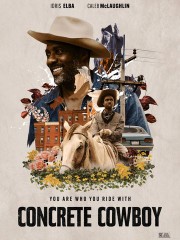 Idris Elba and Stranger Things star Caleb McLaughlin star in Concrete Cowboy, a dramatic look at the real-life urban cowboys of Philadelphia nestled in an intimate father-son coming-of-age tale. After his rebellious actions leave his mother at the end of her rope, young teen Cole (McLaughlin) is sent to live with his estranged father for the summer. As he reluctantly tries to adapt to his new surroundings, he finds purpose in the local community of Black cowboys. Featuring a dynamic one-two punch of impressive performances, this “inner-city western featuring Black cowboys in a real-life setting deserves celebrating and the dynamite teamwork of Idris Elba and young Caleb McLaughlin head off the father-son cliches in the script to keep you riveted,” according to Peter Travers of ABC. 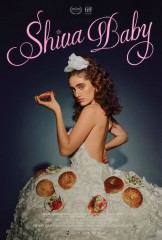 Hilarious twists and turns litter every moment of writer-director Emma Seligman’s debut feature Shiva Baby. Set primarily during a Jewish funeral service — or, more appropriately, a Jewish wake (aka Shiva) — the story centers on a college student who struggles to maintain her sanity when she discovers her sugar daddy and her ex-girlfriend are both in attendance. Painfully authentic on family (particularly Jewish American family) dynamics, Shiva Baby will have you laughing at every deadpan delivery and awkward exchange. “A perfectly engineered and performed piece of comic cringe,” writes Helen Shaw of Vulture. 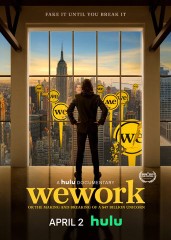 If the documentary about failed Theranos start-up founder Elizabeth Holmes (The Inventor: Out for Blood in Silicon Valley), failed to convince you of the troubling cult of personality that drives Silicon Valley investment, this new investigative doc about the rise and fall of WeWork will convert you. With another charismatic founder/con-man at its center (hippie-messianic leader Adam Neumann), WeWork: or The Making and Breaking of a $47 Billion Unicorn serves as a stark reminder that tech investment is primarily based on a company’s ability to convince people an idea is worthy, more so than its ability to actually deliver on that idea. An eye-opening autopsy of one of the biggest busts in tech history, this doc is “a fast-paced, entertaining saga of WeWork’s relentless self-selling and what it portrays as a cultlike corporate atmosphere,” writes Ben Kenigsberg of The New York Times.

40% Baby Done (2020) , a comedy about a couple who go on a baby bucket list after finding out they’re pregnant.

59% Black Bear (2020) , about a writer struggling to find story who heads to a remote cabin to meet married friends and make potentially inspirational mischief between the couple.

80% The Climb (2019) , a comedy about a pair of best friends whose relationship is tested when one of them gets involved with a woman.

64% The Dark and the Wicked (2020) , a horror film about a pair of siblings who discover something sinister when they return to their childhood home to care for their dying father.

36% I Am Greta (2020) , a powerful documentary on climate activist Greta Thunberg.

48% Kindred (2020) , a thriller about a young pregnant woman who suspects the family caring for her has nefarious intentions for her unborn child.

84% Land (2021) , a drama about a woman in search of her true self as she treks across the American Midwest.

84% Little Fish (2020) , a sci-fi romance centering on a new memory disease that wrecks the idyllic love story of a young couple.

67% MLK/FBI (2020) , a documentary about the U.S. government’s attempts to surveil and discredit Martin Luther King, Jr.

78% One Night in Miami (2020) , Regina King’s directorial debut about a fictionalized evening spent together in a hotel room by Cassius Clay, Sam Cooke, Malcolm X, and Jim Brown.

87% Promising Young Woman (2020) , starring Carey Mulligan in a darkly comic drama about a med school dropout who spends her evenings bringing a form of justice to would-be sexual predators.