Incredibles 2 Director Brad Bird On the Pressure to Deliver that Pixar Magic, And Being Edna Mode – Again

The writer-director takes some new story turns as he aims to deliver another cherished animated classic. 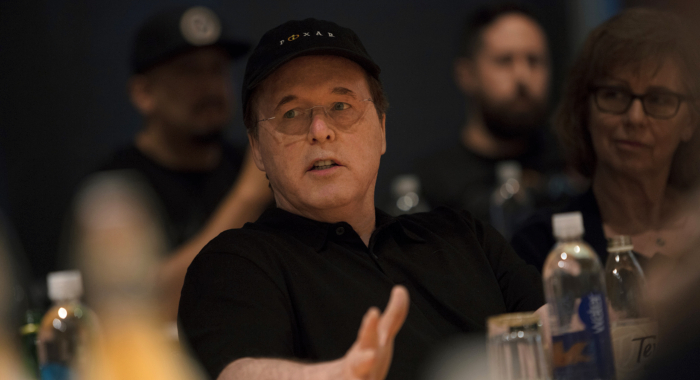 After a spell away from animated features, Brad Bird returns to the form to write and direct the follow-up to his original Pixar classic, The Incredibles. The pressure is now on to deliver with Incredibles 2, which opens this week: not just because every Pixar film arrives on a wave of wild audience expectations, but because when it’s a Brad Bird Pixar movie, that wave crests at an even higher point. This is the man whose first feature, The Iron Giant, is a Certified Fresh classic, and whose Incredibles and Ratatouille are considered by many Pixar purists to be the studio’s finest work. (Not convinced of his animation credentials? Consider that he worked on the first eight seasons of The Simpsons, a job he says has served him well when it comes to the work ethic and discipline it takes to pull off a movie on the scale of Incredibles 2.) Ahead of the movie’s release, Rotten Tomatoes spoke with Bird about the new directions he takes with the Parrs — this time Helen is called upon to fight crime and make a compelling case for legalizing Supers while Bob plays stay-at-home dad, ineptly – and some of the influences on the film’s inventive action sequences. And he addresses the pressure that comes with working for Pixar, and being Brad Bird.

On Helen and Bob’s Role Reversal: “I thought it would be fun to make both of the characters uncomfortable.”

Much has been made of the gender-switch at the center of Incredibles 2 – this time it’s Elastigirl who leaves Mr. Incredible at home to take care of the family while she goes off to fight crime. But Bird is quick to point out that just because Helen gets to kick more butt than Bob in Incredibles 2, we shouldn’t forget that she was a fierce female superhero in the original film, too. “Helen was a strong woman in the first movie, a very powerful female superhero,” he told Rotten Tomatoes. The notion of switching up the family and superhero duties came to Bird “when I was pushing the first film. I wasn’t trying to say anything political. It was more like, this will really screw Bob up. I thought it would be fun to make both of the characters uncomfortable. Helen had adapted to being a parent really, really well, and I thought it would be interesting if she were sort of forced out into being a superhero again and then found that she really missed it. So it was more about what to do for comedy and character development than anything else.” 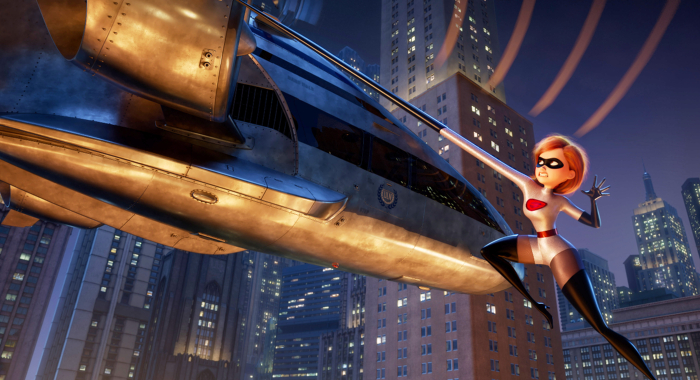 On Jack-Jack’s Powers and Being a Dad: “You’re Living In a State of Anxious Alert.”

The decision to leave Bob at home with the kids – and one multi-powered baby in particular – was comedy gold, says Bird. And mostly because it was a predicament most dads, including Bird, can relate to. “There is a moment as a man when you have kids where you go, How hard can it be?” says Bird. “But then they start becoming mobile. And then it becomes this series of events where you’re afraid they’re going to fall down stairs or put their finger in a socket or they’re not stable. You’re constantly living in a state of anxious alert. This situation is that, times 11.”

On the Jack-Jack Powers We’ll Never Get to See: “I ended up killing entire communities of darlings.”

Rotten Tomatoes asked if the youngest Parr had more abilities in earlier drafts of the script, Bird answers with a hearty, “Absolutely!” But weeding down Jack-Jack’s powers — and a ton of other ideas that could have made the world of Incredibles 2 even richer, even zanier, but arguably detracted from the central story — was key. “There were all kinds of things that I wrote that I threw out. I wrote so much that wasn’t used for the movie. And it wasn’t that the words weren’t good, but it was that they didn’t serve the family part of the story. I got really good at killing darlings. I ended up killing entire communities of darlings, cities of darlings, dropping nuclear weapons on darlings. It was really challenging, the pressure to get the movie made. But all the TV training that I’d done on The Simpsons came into play. It was very useful that I had that experience.” 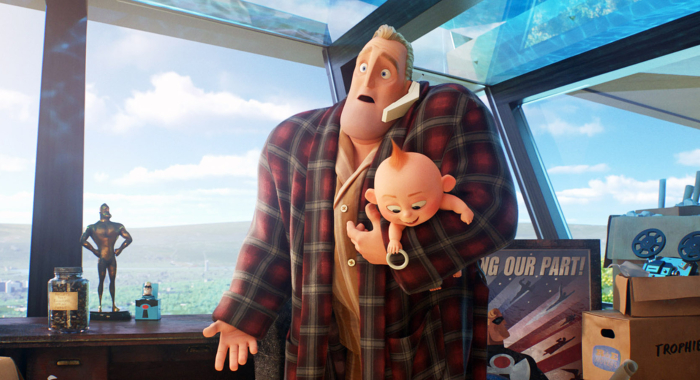 On Choreographing Helen’s Epic Screenslaver Fight Scene: “I saw From Russia With Love at the theater as a kid…and it made a real impression on me.”

In a movie built on standout action sequences at sea and in the sky, one sequence stands out for being a tight and terrifying squeeze. After tracking the villainous Screenslaver to his lair – in a sequence that has some serious Silence of the Lambs vibes – Elastigirl engages him in a tough, close-combat fight inside a wildly lit kind of cage. It’s inspiration? James Bond. “There’s an amazing fight on the train between Sean Connery’s James Bond and Robert Shaw in From Russia With Love,” says Bird. “I saw it at the theater as a kid, and I saw it on the re-release, you know, and it made a real impression on me: this confined space, and it was kinda brutal. You’ve got a fight choreographer that I used, he was part of the stunts team on Mission Impossible: Ghost Protocol and I used him as well on Tomorrowland, his name is Rob Alonzo. I had him come up and spend a little bit of time talking to our storyboard artists and animators about what someone would do if they were limited in the way that Helen is limited in that fight. How would somebody who is great at fighting deal with it? And he was like, ‘She would get into a corner to limit the directions she could be attacked from.’ It was good stuff, and the animators and the storyboard artists just loved hearing this. Everyone at Pixar are film lovers first and foremost and when you get an assignment with unique challenges you want to do your homework. So, they were really into talking with Rob about fighting and fighting styles.”

On Stepping Back Into Edna’s Stylish Shoes: “I think everyone wants to be so sure of themselves.” 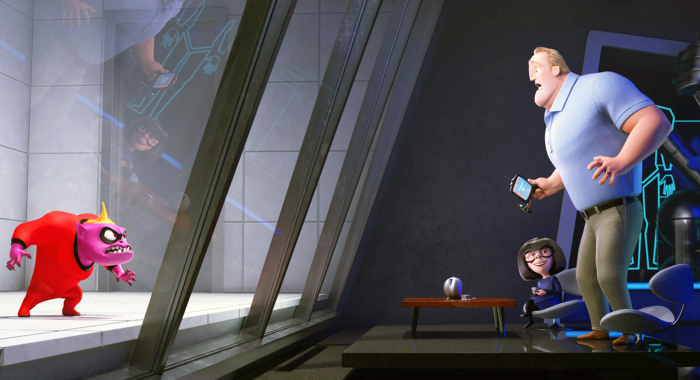 In 2004, Bird stole the show in his own film voicing the character of superhero costume designer, Edna Mode. The character returns in Incredibles 2, and she’s not happy that Elastigirl’s been dressed by a rival. “She’s really fun to write,” says Bird. “She’s so certain about her point of view; I think everyone wants to be so sure of themselves.” Getting into character takes some adjusting, he says. “I just have to remind myself of the accent, it’s this weird sort of accent. And when I write her, I try to write everybody differently and have them use different words, and maybe the rhythm of their sentences are different, that’s something I try to do. So I had to remind myself of her cadences a little bit. But you adjust to that pretty quickly, she’s kind of always there, you know?”

On the ‘Pixar Pressure’: “You really didn’t want to be the first film to screw up.”

Bird says he felt pressure while making the film to deliver on time, and to deliver that Brad Bird Pixar magic – few studios or filmmakers out there inspire such high expectations. It was a feeling he remembers clearly from working at Pixar on the first Incredibles movie. “It became a joke and a kind of ritual that a film would go out into the world and on that weekend we’d have a little celebration to celebrate the fact that the film was doing well out in the world, and have a little toast. When Nemo came out, right after the toast, Andrew Stanton kinda looked towards us and said, ‘No pressure guys.’ And it became a joke because you really didn’t want to be the first film to screw up at Pixar. So yeah, there’s pressure. But there’s pressure on any film. A lot of creative people throw their heart and soul into it.”

Incredibles 2 is in theaters June 15