And an on-set Repo! story from star Alexa Vega.

Thursday night RT posed a tough question to director Darren Lynn Bousman when he stopped by Toronto’s Brant House for a Saw IV soiree. What question, pray tell, was thorny enough to stump the man who brought the world such intricate, deadly traps as the Venus Flytrap iron maiden and a pit full of dirty, used syringes?

Bousman, whose third turn at the helm of the Saw franchise is out October 26, is currently in town shooting his sci-fi rock musical Repo! The Genetic Opera. He brought Repo star Alexa Vega with him (incidentally, the nineteen-year-old actress is a warm, sparkling young lady well on her way to getting past her Spy Kids notoriety).

Bousman and Vega arrive at the Brant House

“Since I’m a big wuss when it comes to gore, tell me this,” I say. “What’s your favorite romantic comedy?”

“You know what; I’ve hit a complete blank,” Bousman confesses. “I can’t think of any!”

What about Sleepless in Seattle, I venture.

“Would you try your hand at that genre?” I tease.

“That’s what I’m doing next, a romantic comedy…with Jennifer Love Hewitt — No!”

Vega is incredulous. “Did you see my eyes? That was like when you told me I had to redo Fergie’s ‘My Humps’!”

Bousman explains: “I told her in the musical, we’re gonna redo ‘My Humps,’ and I was totally serious and I walked away from her. She thought for a while she was gonna have to redo that.”

Finally, Vega brings it back to The Question: “In Superbad there was a little moment [between Jonah Hill and Michael Cera] where they were like, ‘I love you man’…is that considered a romantic comedy? Superbad — I’m obsessed with that film!” 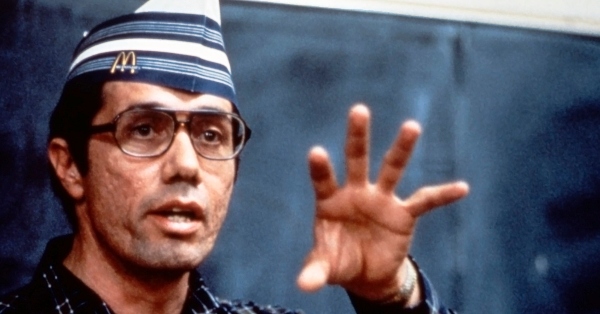