With the recent passing of Martin Landau, Nathan Rabin reflects on the lovingly crafted biopic of a Hollywood misfit that earned him an Oscar. 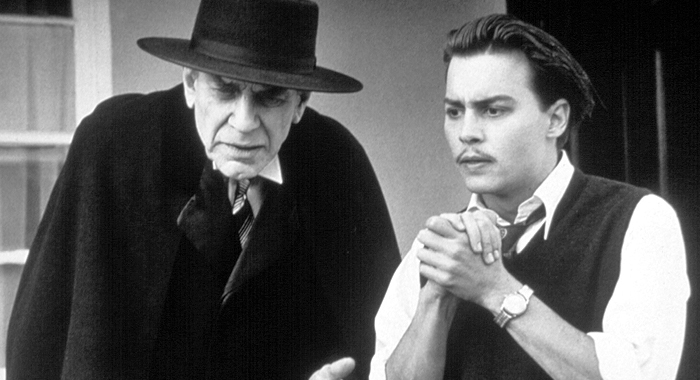 I recently had the surreal pleasure of interviewing misunderstood auteur Uwe Boll for a book I’m co-writing about the notorious video game and movie Postal. During that time, I learned — or perhaps re-discovered — that Boll really does not like being considered the worst living filmmaker. At all. Not even a little bit.

When I pointed out to him that Ed Wood became famous as the worst filmmaker in the world, he argued persuasively that Wood was famous because Hollywood made a big movie about him, not because cult movie fans were morbidly intrigued by Wood’s infamy. Boll had a point; there is no glory in being named the world’s worst living director, only the shame of being maligned and misunderstood. But being the subject of a loving, exquisitely made tribute like 1994’s Ed Wood is an undeniable honor, no matter how you look at it.

Ed Wood is a film that threatens to give hagiography a good name, one that transforms Wood’s often sad life into an upbeat crowd-pleaser with a whole lot of sugar, star power, and Hollywood magic. Wood died broke, drunk, and relatively unknown, a flamboyant, joyous weirdo who spent his career on the sordid fringes of the film business. The movie that bears his name, on the other hand, was helmed by one of the top directors of the day at the height of his creative powers (Tim Burton), received great reviews, won a fervent cult following, and deservedly earned one of the highest honors in film when Martin Landau, who recently passed away at 89, won Best Supporting Actor for his heartbreaking, career-defining performance as Bela Lugosi.

Like so many of the films we’ve covered for this column, Ed Wood begins with a character breaking the fourth wall and addressing the audience directly. In this case, it’s Jeffrey Jones’ Criswell, a bogus psychic who, employing the wooden language of the movie’s subject, informs us that what we are about to experience “the shocking facts of the true story of Edward D. Wood Jr.” Then, the film proceeds with an exquisite, Tales From the Crypt-style opening credit sequence (the cast’s names adorn gravestones, particularly morbid to revisit in the wake of Landau’s recent death) that closes with wonderfully homemade Ray Harryhausen-style recreations of some of the famously terrible, amateurish special effects in Wood’s movies, like a fearsome sea monster and the notorious paper-plate UFOs from Plan 9 From Outer Space.

We’re not just watching a movie about Ed Wood, in other words. We’re watching a movie set inside Ed Wood World, one that seems to take place as much within the starry fantasies and ambitions of its subject as it does in a real world neither he nor the movie seems particularly interested in. Why would they be, when the carnivalesque world of show business is so much more colorful and interesting than dreary old reality?

Ed Wood is a strange, glorious beast. It’s an A-list Hollywood tribute to the ultimate Z-list filmmaker that spends millions to recreate movies that cost thousands and features a glittering array of top talent doing convincing impersonations of the egregiously untalented. In addition to Landau and Jones, the cast includes Bill Murray, Sarah Jessica Parker, Patricia Arquette, Vincent D’Onofrio, Mike Starr, wrestler George “The Animal” Steele, Landau’s daughter Juliet Landau as an actress untalented even by Ed Wood standards, and, of course, Johnny Depp as the infamous filmmaker himself.

The biopic, shot in gorgeous black and white by Stefan Czapsky, follows a young and hungry Ed Wood as he struggles to produce the movies that would come to define his reputation. That journey starts with the making of Glen or Glenda?, which began life as a cheap attempt to exploit trans pioneer Christine Jorgensen’s fame with a motion picture to be titled I Changed My Sex, until Wood decided to make it about his own predilection for transvestism.

Wood’s cross-dressing is played for laughs throughout Ed Wood, particularly when juxtaposed with his more conventionally masculine history as a veteran unafraid to constantly reference his service, but the movie doesn’t judge Wood for any of his idiosyncrasies. If anything, it celebrates Wood’s radical individualism and his earnest embrace of fellow misfits.

Drag queen and actor Bunny Breckinridge’s desire for a cut-rate sex change operation in Mexico is similarly played for comedy, but Bill Murray lends the character a wounded, battered dignity and ingratiating sweetness. The lives, personas, and careers of the people in Wood’s weird orbit may be ridiculous, but we’re invited to sympathize and feel for these characters all the same. Heck, we’re invited to sympathize with them specifically because they’re such wonderfully absurd human beings.

At times, Ed Wood resembles one of those heist flicks where a charismatic leader recruits a team of eccentric professionals uniquely qualified to pull off a big job. Only, in this case, Wood, the ringmaster of his own private circus, enlists people who are singularly terrible to do even worse work for him in what can only very generously be deemed movies.

Wood’s crazy repertory company was largely made up of oddballs and eccentrics on the very fringes of society and the movie business, like Vampira, a sort of proto-Elvira (she even sued Elvira unsuccessfully for ripping off her act) who delivered terrible one-liners in a bored monotone as the host of a campy horror movie program. But his most legendary collaborator was, at one point, a genuine movie star and box office attraction: Bela Lugosi, who rose to fame as the sexy, mysterious star of the classic 1931 horror film Dracula before entering a long, drug-fueled downward spiral that lasted decades.

The chemistry between Depp and Landau in the film is electric. Landau plays Lugosi as a vain and narcissistic man, deeply wounded by the fickle nature of fame and show business. At the outset of the film, he appears ready to curl up and die; we’re even introduced to him inspecting coffins, for either a touring production of Dracula or his own private use. Landau captures Lugosi’s spiritual exhaustion and world-weariness so poignantly that it’s almost difficult to believe that the actor, who breathes so much soul and cracked dignity into Lugosi, would continue to work for another 23 years.

Meanwhile, Depp plays Wood not just as a sweetheart of a man, but as an angel-faced true believer, a daft innocent out of a Preston Sturges screwball comedy. Something about Wood’s guileless hero worship breaks through Lugosi’s defenses, and he’s rejuvenated by Wood’s child-like faith in him as a performer and as a human being. The world might look at Lugosi and see a has-been and a junkie, but Wood sees a movie star who just needs the right role, and that makes all the difference.

Thanks largely to Landau’s performance, Ed Wood somehow manages to be at once a breezy, even glib comedy and a genuine, haunting tragedy. In lesser hands, the film would have been ruined by the former undermining the latter, or vice versa. That’s not the case here. The comic and tragic elements function in absolute harmony. Working from a script by Scott Alexander and Larry Karaszewski, Burton and his collaborators found the perfect tone for the film, a surprisingly palatable combination of dreamy, infectious comedy and sobering drama.

The filmmakers also re-contextualized Wood’s words and screenplay dialogue in fascinating, revelatory ways. There’s a glorious, justifiably revered scene where Lugosi performs a histrionic monologue Wood has written for a mad scientist character he wants Lugosi to play. It overflows with defiant rage towards a world that once honored and rewarded him but has now cast him aside and rejected him as a freak, a maniac, a madman.

Landau takes the clumsy, hyperbolic words his friend has written and makes them ferociously personal. Lugosi is clearly speaking through the character, and even though the words are graceless, the fury behind them comes through all too vividly. The mad scientist’s enraged monologue might not mean anything to anyone other than Wood and Lugosi, but it clearly means the world to them, both as artists and as men.

As it enters its final stretch, Ed Wood focuses on the movie Wood is convinced the world will remember him for: Plan 9 From Outer Space. He’s right, but not in the way he anticipated or hoped. Plan 9 would be recognized as Wood’s magnum opus, but only because it is so exquisitely, unforgettably, enjoyably bad and incompetent, not because it’s an unequivocal masterpiece.

The film closes by informing audiences that two years after Wood’s early death in 1978, he was named worst filmmaker of all time, bringing him “worldwide acclaim” and “a new generation of fans” in the process. I was struck by the film’s curious verbiage. “Acclaim” is a strange word to describe being widely considered the worst practitioner of your craft. Sure, the “Worst Director” title brings notoriety and infamy and a strange, complicated fame, but it does not bring acclaim.

Yet the movie half-ironically, half-sincerely depicts the making of Plan 9 as a triumph, and in a way, it really is. In flagrant defiance of God’s will, the wishes of the Church that unwisely funded the film, a near non-existent budget, special effects that would go down in history for being so transcendently inept, and, in Bela Lugosi, a co-star who was unavailable for re-shoots on account of his subsequent death, Wood and his kooky band of misfits made a movie that would be remembered and watched and celebrated over a half century later. No one can deny that this tiny, weird little film has left an indelible impact on American pop culture.

Ed Wood is a gorgeous valentine to the creative impulse, to dreaming, and to pursuing your dream and your creative vision at all costs. With it, Tim Burton and Johnny Depp — two Hollywood hotshots whose movies would go on to gross billions — channeled the spirit of their lovable subject to create a great movie about the creation of some of trash cinema’s all-time stinkers. 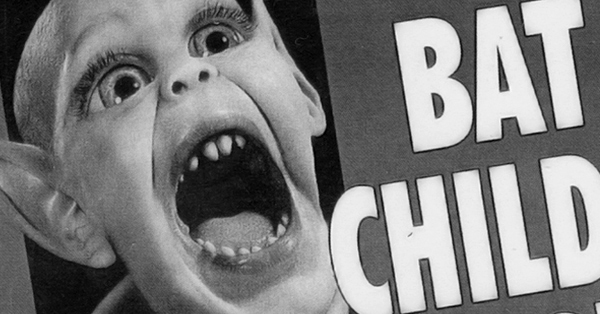