Singer, actress, businesswoman…rock opera star? Paris Hilton has worn many hats during her reign as America’s most famous celebutante, but her most unexpected role is about to come. As a spoiled rich girl with a dangerous plastic surgery addiction in Darren Lynn Bousman‘s grand, Gothic rock opus Repo! The Genetic Opera, Hilton is surprising critics by taking more than a few jabs at herself — by playing a character some might call the Paris Hilton of Repo!

Rotten Tomatoes caught up with Hilton at the soundtrack release party for Repo! The Genetic Opera, which debuts in theaters November 7. Read on for the latest installment of Five Favorite Films with Paris Hilton!

I love There’s Something About Mary. I love Ben Stiller, I think he’s hilarious, so funny. I love Cameron Diaz — she’s so beautiful, and such a great actress. I love the Farrelly brothers. They’re so talented. They have the craziest, sickest humor but I love it.

And Moulin Rouge — I love musicals, and I love the music in that. I have it all memorized, I’ve seen that movie twenty times. It’s so beautiful, and I love the makeup and the costumes. The story is so sad.

I love Beaches. I love that movie! It’s so sad, but it’s really a story about best friends. I don’t know, it’s a classic, and I grew up with it. And it has really great music.

I love Johnny Depp — he’s an amazing actor, and I love the characters he picks. And it’s just a really cute story. And I love the director [Tim Burton].

And I love Breakfast at Tiffany’s. I love Audrey Hepburn. I love her style, and I think the whole idea of it is really fun, because I used to live in New York so I can relate to her.

Our interview with Paris Hilton continues as we discuss her role in Repo! The Genetic Opera, how her intensive singing for the role inspired her new album, and her dream role as an actress.

You’re here because you have a role in Darren Bousman’s film, Repo! The Genetic Opera, which seems to be kind of an unusual choice for you. What kind of roles are you usually offered, and why did you choose to venture into this Goth rock opera?

Paris Hilton: I’m always offered basically to play myself, or another blond role, so it’s hard to really do anything with it, because it’s like, you know, whatever. So I was really honored and excited when I got the call from Darren about it because I love all the Saw movies. The fact that I was being offered such a different role was really exciting for me, and I wanted to show people that I can do a lot more than what I’ve been offered.

I remember hearing Darren talk about how impressed they were at your auditions by your singing.

PH: Yeah, auditions were a lot of fun. I’m so excited I got the part! I really worked hard with my voice coach; this was completely different from my last album. The music was hardcore, so I really had to train. Doing those exercises really helps, they really built up my voice. I was excited to do another album so I set up a recording studio at my house, did a whole album this summer, wrote all the songs…so that’s coming out next month.

What kind of album will this be?

PH:A lot of the songs are very tongue-in-cheek, like I’m joking around and making fun of my image a little bit. And then some songs are more serious, some are love songs, anthem kind of songs.

Acting-wise, what are your goals?

PH:Well, people have been seeing Repo and giving great reviews, so I’ve been getting many offers and calls to do a lot. I’d like to play a total nerd, I think that would be fun. 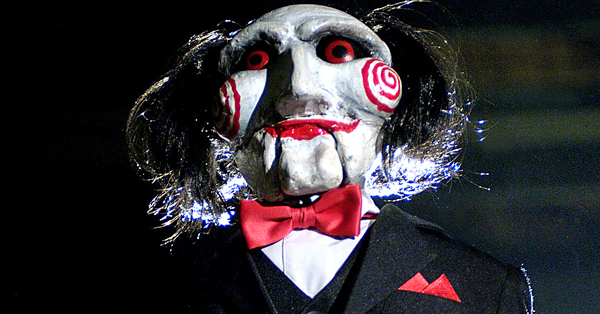