The actress on her FBI role, technophobia, and keeping perspective.

The Internet is the setting for methodical killings in Untraceable, the latest nail-biter from director Gregory Hoblit (Fracture, Primal Fear), but we already know cyberspace comes with its pros and cons. The good? Movie reviews at the click of a mouse (gratuitous self-promotion: check!). The bad? Identity theft, spam, and predators. But what if those offenders were also psychotic murderers, combining the anonymity of the internet and our inherently morbid curiosities to create a traffic-driven killing machine that inflicts more and more pain with each increasing page view?

For Lane, a self-described technophobe who lives quietly outside of Hollywood with actor Josh Brolin and their family, Untraceable is a foray into relatively new territory: the realm of the tough female enforcer. Though she’s been acting since the age of 13, hard-edged roles have been rare for Lane (save a turn opposite Wesley Snipes in 1997’s Murder at 1600) and, as she notes of her latest, “It’s not Must Love Dogs!”

Lane talked to RT at a roundtable interview about her pistol-packing role, societal desensitization to violence, the parity of realistic portrayals of women in movies, and what it’s like having not one, but two career revitalizations at the same time in one celebrity household.

Diane Lane: It’s not a horror movie; it’s a thriller…and I think if anybody’s [torturing people for fun onscreen] they deserve to be stopped by somebody as nice as me.

What was the appeal in playing this female FBI agent?

DL: I like the fact that she was a working woman, and that her job exists and she is real. The need for angels online to intervene with bad guys online is sad, but when I visited the FBI and spent time with this woman who was my role model, she was amazing. She dressed better, she had better hair, she looked great — she just carried herself with dignity, and with style. You could be anyone at a keyboard and a screen doing her job so it’s a non-ageist, non-sexist profession. And yet here she is, a mother of teenagers, the kids are doing great, and I was just very impressed with the need for her job and the fact that she was the one doing it.

So for me, that was a piece of information that I never had before. My references were all from the movies, and they didn’t look like her. I went and got the clothes that she was wearing, and they said “No, it’s too nice. You have to play it down a little, because maybe it’ll be distracting for the audience that FBI people dress well.”

What was it like spending time with the FBI?

DL: That was fun! That was the most fun I had in this experience, as you can imagine, but the preparation was really fun. The firearms training days — it’s fun firing off large ammunitions! — it has a thrill, [but] I found out I’m not a very good shot!

Were you shocked by some of the things that you ended up seeing on the internet in your research?

DL: Yes! I was very shocked. It validated my technophobia, and I’m back happy in blissful ignorance.

Do you let your children go online? That’s the scariest thing, isn’t it?

DL: You know, being a parent is just so fun these days. There’s an alternate universe that kids feel is theirs, they’re entitled to it, and it’s a great big world out there and they’re gonna inherit it anyway. So you try to instill a good Jiminy Cricket and hope that they make good choices. I’m just a tour guide.

No Country For Old Men has been criticized for being extremely violent, but the violence in that movie seemed subdued compared to Untraceable. What do you see in this culture about where movie violence is going, and your place in it as an actor?

DL: I think it’s a statement of our times, and I am a girl of my times. I don’t want to live in a bubble, in my craft or in the world…I can’t, I would be cheating myself out of my generation and the world we live in. I love how uncomfortable everyone is, because that tells me I made the right choice. I think comfort is kind of overrated, and if I’m worth my salt in this business it would be because of the diversity of roles I’ve been able to pull off, hopefully. I was thinking about all the different parts I’ve played recently, and I thought, that’s why I felt so challenged by the offer. Because it was kind of a dare, and I knew that if I didn’t do the film, someone else would.

I didn’t want to chicken out, because when I had my criteria in front of me, the main ones were it’s not misogynistic, it’s not a sexualized kind of negative message, and there’s no subjugation of women — the poster is not going to be offensive to me, and it’s not going to be out in front of a kids’ playground. This is an R picture; those [audiences] are the people that are entertained, and it’s the entertainment industry. I’m not in a ballet here! And even some ballets deal with pretty tough issues if you were to film it rather than do it poetically with pirouetting. So, this is this story, this is this movie, and it’s not Must Love Dogs! 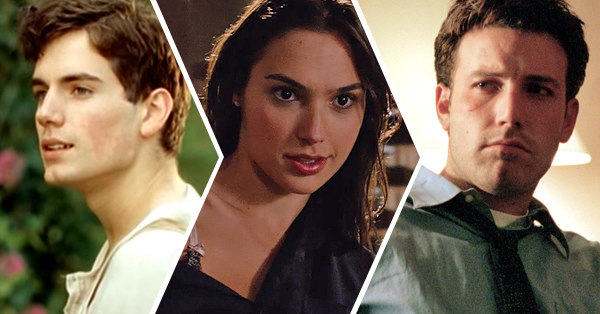 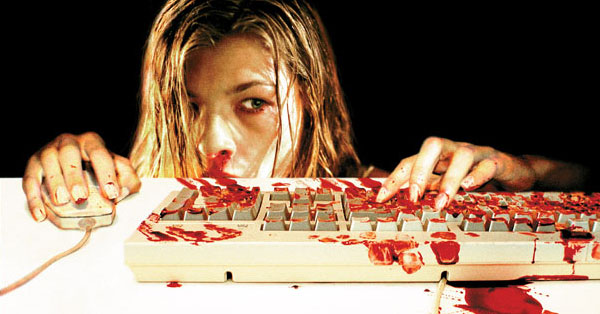 24 Best and Worst Movies About the Internet