5 Ways to Get Totally Lost in the New DC Universe

Marvel at a remastered Batman classic, read up on landmark comics, and get weird with one-off specials.

DC Universe, the DC Entertainment streaming service, launches this week with a good deal of material. Its first original television show, Titans, does not debut until next month, but there is plenty to enjoy in the meantime as the service brings together movies, television shows, and animated series based on DC Comics characters — most notably the original Batman feature film cycle, Batman Begins, and The Dark Knight in honor of Batman Day on Saturday.

The platform also features a surprising amount of the source material — you can download the comics and read them as you please. But just how lost in DC lore can one get on DC Universe? Let’s take a look at the initial offerings and just how deep into the comics multiverse DC Universe goes. 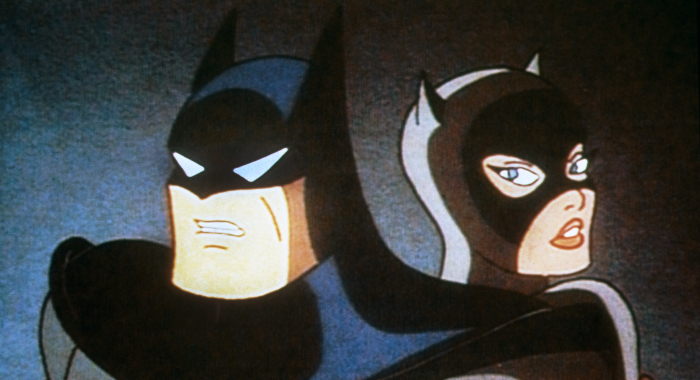 If you were a child in the early 1990s – or a teenager for that matter – the debut episode of Batman: The Animated Series was something of a revelation. Titled “On Leather Wings,” it set a new darker tone for Batman cartoons. Though initial publicity mentioned Robin would appear, he was nowhere to be seen here. Instead, an almost solitary Batman faces down his first opponent, Manbat, and the Gotham City Police Department in a moody episode that’s painted in darkness. The minute-long intro sequence lacked text or lyrics to explain the premise; instead, Shirley Walker’s reworking of Danny Elfman’s Batman theme plays over one the best title sequences in American animation. During a time when afternoon cartoons featured the pop-culture anarchy of The Animaniacs and the later seasons of Teenage Mutant Ninja Turtles, the difference was striking.

On DC Universe, the series is organized by airdate – Robin makes an early appearance in episode two and disappears again for a time – which gives the show, which we recently dubbed the best superhero series ever, added context on the platform. As an example, “On Leather Wings,” aired as a special on Sept. 6, 1992, and the next episode would not debut until November, indicating Fox saw it as something different, if only for a moment. But from November 1992 on, episodes kept redefining characters like Poison Ivy and Catwoman. The first Mr. Freeze episode, “Heart of Ice,” was a revelation thanks to a completely serious treatment of the character and the definitive Freeze performance from actor Michael Ansara. Other great episodes from the early part of the run include the two-part “Two-Face,” in which District Attorney Harvey Dent becomes the notorious Batman foe, “Beware the Gray Ghost,” in which Batman ’66 actor Adam West lends his voice to Batman’s childhood hero, and “The Man Who Killed Batman.”

“On Leather Wings” and the rest of the initial Animated Series arrives in a remastered edition highlighting the rich visual darkness and serious tone of the early episodes. Though it would eventually become a brighter show both in subject matter and technique, the impact of “On Leather Wings” has not dulled. 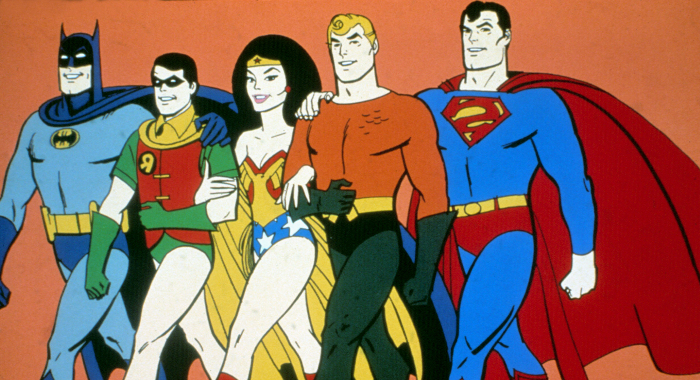 Beyond Batman: TAS, DC Universe features a great number of animated series based on DC Comics characters (though Beware the Batman!, Green Lantern: The Animated Series, and the current Teen Titans GO! are notably absent). From the Max Fleischer Superman theatrical shorts of the 1940s to 2013’s Young Justice Season 2 finale, much of the wide and wild world of DC animation rests in one convenient place. Here are some highlights:

Super Friends: “ A History of Doom.” Three aliens from another universe come to a destroyed Earth and learn the origins of the Legion of Doom and their part in the planet’s destruction. While the series featured episodes with wilder visuals and better endings, this episode’s opening moments of apocalyptic landscapes and a dying Superman presage DC Comic’s eventual affair with Crisis events and killing off characters by 15 years.

Justice League Unlimited:  “For The Man Who Has Everything.” This adaptation of a classic comic book story by Alan Moore and Dave Gibbons features the added bonus of voice talents like Kevin Conroy as Batman, George Newbern as Superman, Susan Eisenberg as Wonder Woman, and Eric Roberts as the villainous Mongul. As in the original comic-book story, Mongul’s darkly ironic birthday present for the Man of Steel gives him the thing he wants most – a life on Krypton – even as his friends face impossible odds fighting the villain.

Batman: The Brave and The Bold: “Evil Under The Sea!” While Jason Momoa will redefine Aquaman in his upcoming feature film, The Brave and The Bold offered one of the most thrilling takes on the character ever presented on screen: an underwater adventurer modeled on the 1960s Hercules films whose larger-than-life tales grate against Batman’s (Diedrich Bader) sensibilities. As voiced by John DiMaggio, this Arthur Curry’s boisterous love of life just might see him deposed by his jealous brother if the King of the Seas and Batman can’t work together.

Animated films like Green Lantern: First Flight and the 2009 Wonder Woman also back up the cartoon offerings with strong production values and great voice acting.

3. A Truly Deep Collection of Comics 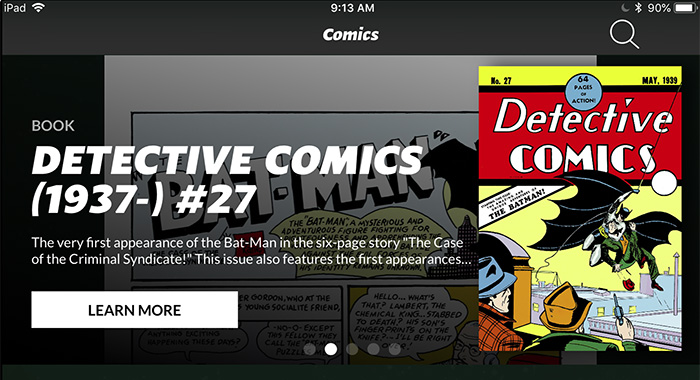 As promised in early announcements for the service, DC Universe features a large collection of DC Comics titles from its earliest days to its most recent relaunch. The first appearances of the Trinity – Superman, Batman, and Wonder Woman – are available for all to enjoy. Deeper cuts like the earliest Hawk and Dove series from the 1960s and Prez – the company’s strange attempt to appeal to the late ’60s counterculture – share equal footing with well-known event comics like Flashpoint. Some of the titles, like Hawk and Dove, Doom Patrol, and The New Teen Titans, are there to give subscribers background on the upcoming Titans series. Others, like the Legion of Superheroes early run in Adventures Comics, are just there to delight newcomers to the characters and long-time fans alike.

Some 81 issues of Batman represent various eras from the first issue to its 650th. Classic stories by Bill Finger & Bob Kane and Denny O’Neil & Neal Adams, and more modern tales like “A Death in the Family” and “Knightfall,” represent the breadth of Batman as a comic-book character. If you want a better idea of the Silver Age Justice League, the first 76 issues of Justice League of America are available, too. Also, the first appearances of Green Lantern Hal Jordan and Flash Barry Allen are available in a handful of issues from DC’s 1960s Showcase series.

If you’ve never read a Golden Age comic book, try one of the first 10 issues of Action Comics – you’ll learn that Superman only appeared on three of those covers. Batman’s early appearances in Detective Comics are also available, as are the first appearances of Aquaman and Green Arrow in More Fun Comics and the Justice Society of America in All Star Comics.

4. Lois & Clark And The Live-Action Shows 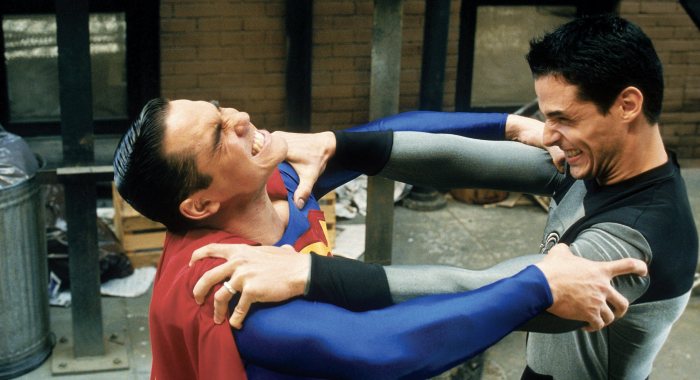 While history may have dulled the impact of Lois & Clark: The New Adventures of Superman, DC Universe allows subscribers to re-examine and re-appraise the series. The show was developed by producer Deborah Joy Levine, whose initial intent was to recast the famous pair as a bickering couple in the vein of ABC’s Moonlighting. That direction is crystal clear in the pilot episode, which establishes the dynamic and a winning Lois Lane (Teri Hatcher) as quickly as it undermines some of its goals by having Lois’s sister tell her she’s “too smart” for most guys.

Backing up Hatcher is Dean Cain. As in the comics of the day, an emphasis was placed on Cain’s performance as Clark Kent, who ends up being far wittier and more subversive than his famous alter ego. In fact, while Cain may play Superman a little too straight, his Clark is a pleasure to watch as he spars with Hatcher’s Lois.

Of course, the frisson between the two was inspired in part by the original Adventures of Superman, the 1950s television series starring George Reeves as Clark Kent/Superman and Phyllis Coates (later Noel Neil) as Lois Lane. Though the verbal barbs between the two were less frequent – and, indeed, Reeves’ Clark rarely gave back what he got – his knowing wink said all he needed to say. It was every bit as important as the actor’s ability to convince viewers he could fly. Six seasons of the series are available on DC Universe, spanning TV’s black-and-white era and its slow adoption of color. For many, this series represents their first real extended look at Superman, though it avoided the character’s most famous antagonist in favor of miscellaneous gangsters and mad scientists, an inadvertent throwback to the hero’s earliest Golden Age adventure. The series also featured, arguably, the best TV Jimmy Olsen in the form of actor Jack Larson.

Besides the two Adventures of Superman series, DC Universe also offers a number of shorter-lived series like CBS’s The Flash, Fox’s Human Target from 2010, The WB’s Birds of Prey, and the single season of Constantine. In terms of more successful series, it also has the three seasons of Wonder Woman and all four seasons of The Adventures of Superboy. 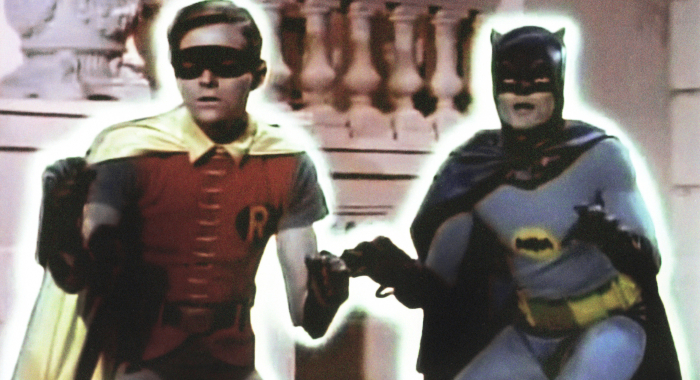 One element of the service not getting much attention is its array of short features from Cartoon Network’s DC Nation block, a handful of specials culled from home-video releases, and a few curios from DC television lore. The highlight of the specials collection has to be Secret Origin: The Story of DC Comics. While always putting the company in its best light, the feature-length documentary written and directed by Mac Carter is, in some ways, a prelude to DC Universe itself. Thanks to interviews from comic-book creators like Mark Waid, Grant Morrison, Bob Kane, and even some rare archival material from Superman creators Jerry Siegel and Joe Shuster, it paints the media dominance of Superman and Batman as an inevitability.

Other specials include Batman Unmasked: The Psychology of Batman, Look, Up In The Sky! The Amazing Story of Superman, and the absolutely strange 1970s television special, Legends of the Superheroes. Though it features Batman ’66’s Adam West and Burt Ward back in their iconic roles, the attempt to camp up heroes like Hawkman and Black Canary fails in a way that must be seen to be believed.

The DC Nation shorts represent an earlier attempt to diversify the brand by taking characters like Shazam and Shade the Changing Man and presenting them in quick, but highly stylized, cartoon form. Teen Titans GO! emerged from the concept, but the Shazam short “Stamina” may be the best of the bunch. The Sailor Moon-inspired Amethyst: Princess of Gemworld is also worth the quick watch. 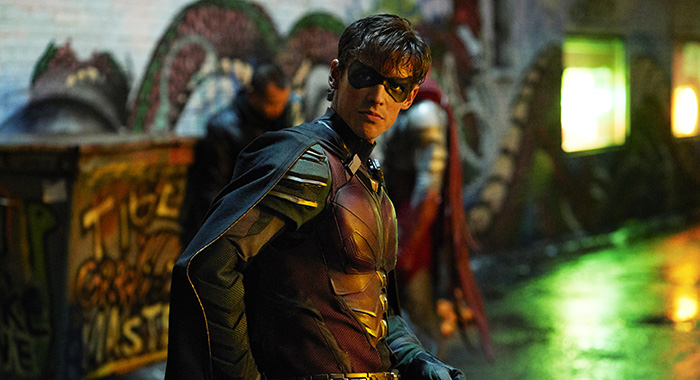 Though DC Universe opens with no new television content, the archival material available will keep any fan of DC’s rich media history busy until Titans debuts in October.

Visit DCUniverse.com to learn more and sign up for a subscription ($7.99 per month or $74.99 annually). The service will be available in the U.S. on Saturday, September 14, on iOS, Android, Apple TV, Android TV, and Roku, as well as the web and mobile web.