With Yorgos Lanthimos' The Favourite hitting theaters, we salute the idiosyncratic director and other filmmakers keeping moviegoing exciting. 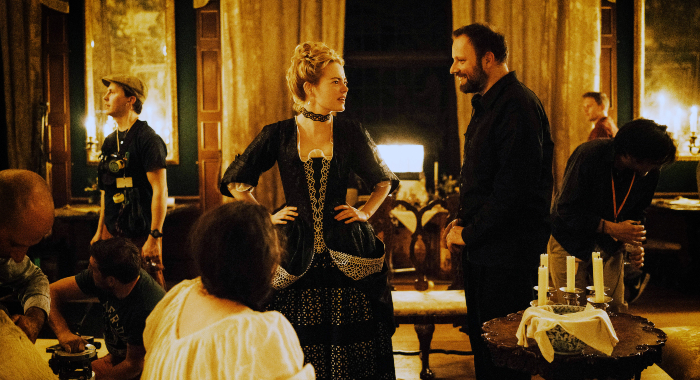 As we stare down the barrel of another year stuffed full of remakes, reboots, and sequels, we’re paying tribute to the movies’ true originals: the directors and filmmakers whose work continues to buck movie trends, inspire us with its originality, and defy our expectations. Chief among these artists is Yorgos Lanthimos, who this month goes period – and wickedly funny – with his critically acclaimed The Favourite. The bitingly original tale of Queen Anne (Olivia Colman) and two women in vicious battle for her affections (Rachel Weisz and Emma Stone) is being hailed as a serious Oscar contender, and it currently sits Certified Fresh at 95% on the Tomatometer. As we get ready for its expanded release, we’re saying thank you to Lanthimos and 15 other innovators keeping theaters fresh.

What exactly are society’s rules? Why do we follow them? And can we free ourselves of them? These questions are at the heart of the films of Greek director Yorgos Lanthimos. From Dogtooth’s pessimistic take on innocence to The Lobster’s satirical skewering of relationships, Lanthimos’ films feature bold cinematography, impeccable acting, and a childlike sense of humor and wonder. His latest critically acclaimed movie, The Favourite, takes a dark and hilarious look at the allure and horror of, well, favoritism.

To say that acclaimed French director Claire Denis has an eclectic filmography would be understating it. She’s turned her lens to imperialistic coffee bean farmers in Africa in White Material; to the life of a Parisian swinger in Let the Sunshine In; and, most recently, she wowed audiences at TIFF with a brutal sci-fi epic about forced reproduction in High Life. She’s known for letting her actors breathe and explore their characters, capturing the mood and psychology of a setting or idea while never losing focus of the humanity at the center of her stories.

Life is just as beautiful as it is terrible at times, and few directors capture that duality as viscerally as Gaspar Noe. His films are kaleidoscopic gut punches of colors and textures, populated with characters as gentle and brutal as life itself. As graphic as the lovemaking in Love is, as horrific as the rape and violence in Irreversible is, as grossly hypnotic as the acid burnouts in Enter the Void are, Gaspar Noe is nothing if not honest. 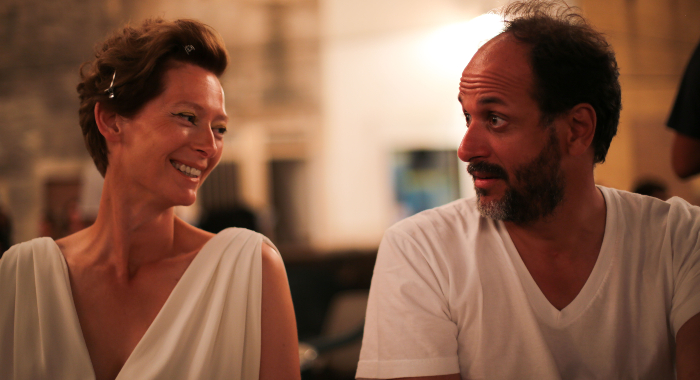 How does one remake Suspiria, the experimental Italian bloodbath that many consider one of the greatest horror movies of all time? You hire Luca Guadagnino, award-winning director of acclaimed films Call Me by Your Name, I Am Love, and A Bigger Splash, all of which explore the nature of romance, and most of which wield Tilda Swinton like a scalpel. Guadagnino’s latest won’t appeal to everyone, but for those with patience to match their bloodlust – and anyone who loves dance – his Suspiria is a delicious freakout of a film.

Hailing from Quebec, Denis Villeneuve instills his every frame with the bleakness of winter. His characters too can have a wintry disposition, men and women of few words, imbued by toughness. While his films, all of which are Fresh, span multiple genres – from thrillers like Prisoners to quasi-westerns like Sicario to cyber-punk Blade Runner 2049 (talk about an ambitious task) – they all concern the way we function in a society that often sees us for little more than our utility. They’re rarely hopeful films, but there’s plenty of thrills to be had and thinking to be done.

With just two brash films that have put the industry on high alert – this year’s Mandy and 2010’s Beyond the Black Rainbow – Greek director Panos Cosmatos has made his approach very clear: he will be our generation’s purveyor of retro-’80s stylings – on LSD! For Cosmatos, style is substance, and his films are made to be experienced rather than necessarily followed. Think of them like walking through a strange, label-less museum. A museum with alien psychics, satanic cults, chainsaw sword fights, and weird macaroni-and-cheese commercials.

One movie. One movie was all it took to make rapper Boots Riley one of the most exciting movie satirists working today. His breakout film, Sorry to Bother You, throws an absurdist lens on everything: Capitalism! Consumerism! Colonialism! Wage Slavery! Racial Politics! Horse People! Culture Wars! Amazon! (We think.) He directs his actors with a slick, easy confidence, giving each the elbow room to ham it up and match his truly out-there stylings, which can recall an early Spike Jonze. 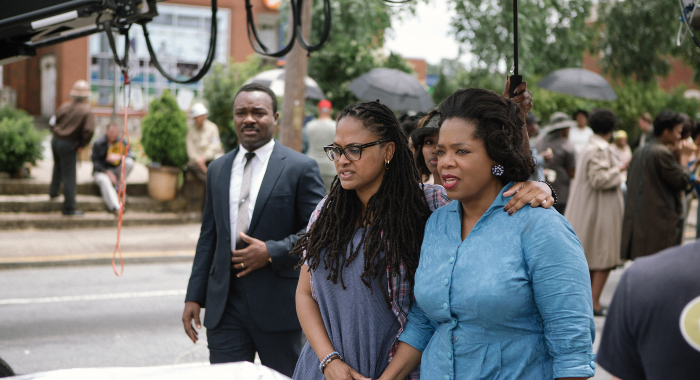 She may be making movies for the Mouse House these days, but that has not dulled Ava DuVernay’s ambitions and tough-mindedness. The Academy Award nominee has married her activism with some of the most compelling filmmaking of the last decade: DuVernay’s Netflix documentary 13th laid bare the racist machinations of the American prison system; her Martin Luther King Jr. biopic Selma dramatized both the heartbreak and achievements of the Civil Rights era in a way that felt ferociously urgent; even A Wrinkle in Time, her Disney-produced kids’ book adaptation, had a ton more on its mind than most fare aimed at the younger set. Next up: A five-part miniseries on the Central Park Five.

Dee Rees’ first feature, Pariah, used bold, expressionistic colors in a potent drama about a black teen in Brooklyn discovering her sexual orientation and coping with her alienation from the rest of society. Her second feature, Mudbound, explored race relations post-World War II in what was one of the best-reviewed movies of 2017. Rees’ swing from intimate urban drama to sprawling historical epic has us excited for what’s coming next.

Karyn Kusama’s debut film, Girlfight, propelled her and Michelle Rodriguez into the stratosphere. What did she do next? A prestige Oscar flick? Another indie gem? No, she decided to tackle a big-budget studio project. Her mind-bending adaptation of Aeon Flux, starring Charlize Theron, might have been a critical and box office misstep, but it also showed her ambitions, and a refusal to rest on her laurels. Next up came Jennifer’s Body, the teen horror flick panned by critics at the time but which is undergoing something of a re-evaluation today, and then The Invitation, a mysterious dinner party flick that was considered among the most effective thrillers of 2015. Just in time for Awards season, this year she releases Destroyer, another movie unlike any other she’s made: it features Nicole Kidman as a detective in a gender-flipped noir mystery that some are saying is Kusama’s best and most daring movie yet. 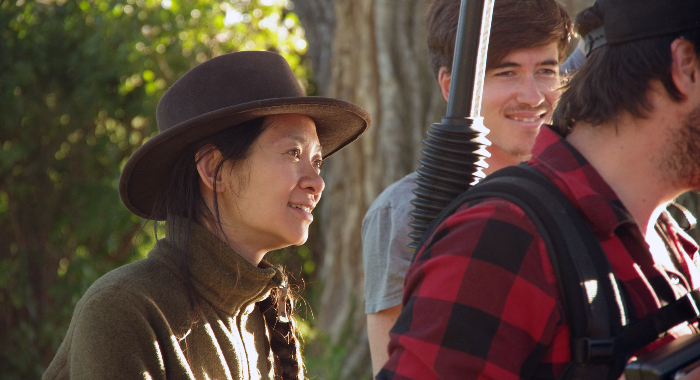 Industry-watchers were not surprised when Chloé Zhao was recently announced as director of Marvel’s The Eternals – the superhero film giant has a habit of nabbing great indie directors for its projects. To check out what Marvel – and many more film lovers – saw in Zhao, catch up with her stunning first two films, The Rider and Songs My Brothers Taught Me. Both are beautiful, poignant dramas set within U.S. indigenous communities. You truly haven’t seen a sunset until you’ve seen one filmed by Zhao.

Looking for a daring debut feature? The Witch only had to be a horror movie set in Colonial America; instead, writer-director Robert Eggers presented it entirely in colonial English. That might’ve been enough, but it was also an articulate treatise on femininity and its place in a patriarchal society. Anya Taylor-Joy is stunning as a colonial teen wrongfully accused of her infant brother’s disappearance, and she finds herself demonized by her family’s dogmatic zeal, her mother’s jealousy, and her siblings’ oblivious pranks. There’s also a damn creepy goat. Eggers’ sophomore feature will be 2019’s The Lighthouse, starring Robert Pattinson and Willem Dafoe.

All of Scottish director Lynne Ramsay‘s work contends with the cruel and often terrifying inevitability of confrontation, be it realizing that a loved one is dangerous in We Need to Talk About Kevin or coming to understand that your own memories are suspect as in You Were Never Really Here, which stars Joaquin Phoenix and was released to critical acclaim earlier this year. Ramsay’s direction is raw and intense, but often desaturated and dreamlike, keeping us in her characters’ often unsure minds.

What are the things that make us human? Is it OK to be flawed? As a screenwriter, Alex Garland touched on these questions in 28 Days Later and Sunshine, but as a director, he’s put them front and center with the likes of Ex Machina and Annihilation. The latter, released earlier this year, could have shorn off some of the more discombobulating aspects of its source material and been released as a standard sci-fi creature feature – those who saw it know that is absolutely not the approach Garland took. 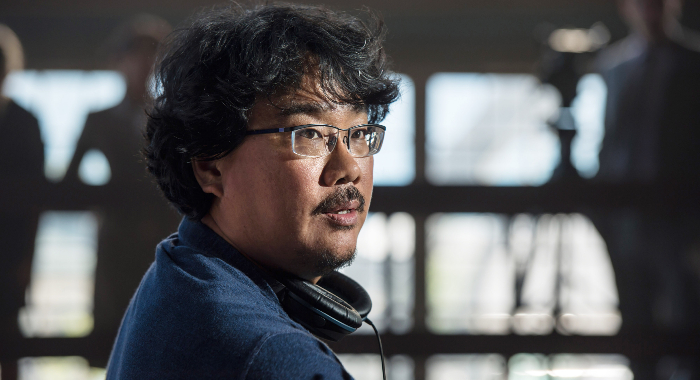 There’s sci-fi, and then there’s Snowpiercer – the last of humanity is on a train traveling on a never-ending loop around the world. Or there’s Okja, in which the packaged meat industry breeds the perfect, overgrown, sentient animal to solve global hunger. Or there’s the great 2000s monster flick, The Host, in which mankind pays a huge, swimming, hungry price for its carelessness. Bong Joon-ho’s strength is his almost Pixar-esque way of playing your emotions, even as he skewers our values and our world. He tugs at our heartstrings, makes us laugh, thrills us with adventure – and then coolly indicts us for being a big part of the problem.

Up-and-comer Janicza Bravo turned heads with her shorts Eat and Gregory Go Boom, and her first feature, Lemon, was a culmination of her themes and style. Her post-Wes Anderson pastels, symmetrical framing, and quirky comedy were employed in an expert and funny dive into suburbanism, social awkwardness, white maleness, and the impact of all upon race relations. You can bet her upcoming film, Zola, will be a funny and insightful take on wanderlust and black femininity.

The Favourite is in limited release, expanding to more theaters November 30.