Chris Evans Is Done With Captain America After Avengers 4, and More Movie News

The Conjuring inspires another spinoff, Michael Bay leaves as Transformers director, and we'll get new biopics for Dock Ellis and 2 Live Crew.

This week’s Ketchup brings you another ten headlines from the world of film development news (those stories about what movies Hollywood is working on for you next).  Included in the mix this time around are stories about such titles as Avengers 4, The Crooked Man, X-Men: Dark Phoenix, and new biopics about Dock Ellis and 2 Live Crew. 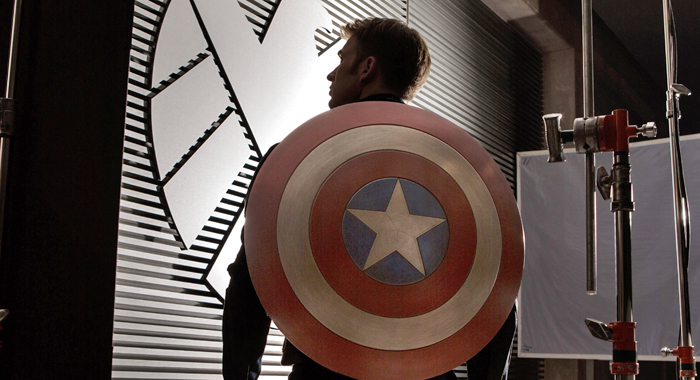 Earlier this year, there was some intimation from Chris Evans that he might soon be hanging up his shield as Marvel’s Captain America. However, there were also statements — like this — that muddied the waters. Now two months later, Chris Evans is speaking more authoritatively on the issue, confirming the fourth Avengers movie (May 3, 2019) will be his last film as Captain America.  “I had six films in my Marvel contract, so I could have said after the third Avengers I was done, but they wanted to make the third and fourth Avengers films as a two-parter,” Evans said. “They said they had so many other characters to fit in… and couldn’t get them all into one movie. [I agreed] because it made sense. It’s going to wrap everything up.” (Brie Larson’s Captain Marvel is scheduled for release in between Avengers: Infinity War and the fourth Avengers movie on March 8, 2019.)

1. JESSICA CHASTAIN IN TALKS TO CO-STAR IN X-MEN: DARK PHOENIX

In 2006, when Fox adapted the fan favorite Dark Phoenix Saga from 1980 as X-Men: The Last Stand, broad changes were made, including the deaths of two major characters, and the absence of any of the cosmic characters and settings in the comics. Fox is now preparing to retell the story as X-Men: Dark Phoenix (11/2/18), and Jessica Chastain (Zero Dark Thirty, Interstellar) is in talks to co-star as Empress Lilandra of the Shi’ar Empire, described as the film’s “villain.” We’ve put that word in quotes because in the comics, Lilandra not only becomes an X-Men ally, but after a lengthy romance, she marries Professor X! Speaking of Charles Xavier, James McAvoy, Michael Fassbender, Jennifer Lawrence, Nicholas Hoult, and other recent X-Men cast members are in talks to return for Dark Phoenix (Evan Peters as Quicksilver is a notable exception), which will be directed by Simon Kinberg. Game of Thrones‘s Sophie Turner is set to star in X-Men: Dark Phoenix as the titular character.

2. THE CONJURING GETS THIRD HORROR SPINOFF THE CROOKED MAN

As other studios are struggling to set up their own “cinematic universes” — The Mummy and King Arthur: Legend of the Sword come to mind — New Line Cinema appears to be building one more organically. The studio first spun off Annabelle from The Conjuring (its sequel, Annabelle: Creation, opens in August), and a second spinoff called The Nun is scheduled for next summer, on July 13, 2018. In last year’s The Conjuring 2, Patrick Wilson’s Ed Warren (based on a real-life paranormal researcher) experiences a terrifying encounter with a creature called the “Crooked Man,” and we now know that, like Annabelle and The Nun, The Crooked Man will be getting his own film. New Line Cinema has hired screenwriter Mike Van Waes, who is also working on a Wizard of Oz horror movie (yes, really), to write it. The Crooked Man doesn’t have a director or a release date yet, but we’d guess that it could be out sometime in 2019.

After four movies with Rotten Tomatometer scores, we generally include Transformers news in the “Rotten Ideas of the Week”. All of the franchise’s films thus far have been directed by Michael Bay, who, with the exception of 1996’s The Rock, has an even longer streak of Rotten scores. So, why would we suddenly include a Transformers-related story in “Fresh Developments”? Earlier today, Fandango.com published a series of video interviews with Michael Bay in which he confirmed that, after Transformers: The Last Knight, he will be stepping away from the franchise as a director (he will continue to produce them for Paramount). Travis Knight (Kubo and the Two Strings) will direct next summer’s Bumblebee spinoff (starring Hailee Steinfeld and opening on 6/8/18), but Paramount has yet to announce a director for Transformers 6, which is scheduled for release on June 28, 2019.

We’ve known for a while that Marvel Studios signed Tom Holland for six movies when he was cast to play the new Spider-Man in last year’s Captain America: Civil War and this summer’s Spider-Man: Homecoming. Considering Marvel has made (or will soon make) trilogies for a number of its characters, this week’s news should surprise pretty much no one. While talking to a reporter in France, Tom Holland “accidentally” confirmed that there will be a third Spider-Man movie, saying, “There will be a Spider-Man 2 and 3… yeah well, now you know, sorry Marvel. Whoops!” (Of course, that could have been completely planned.) Holland will play Peter Parker in Spider-Man: Homecoming (7/7/17), next year’s Avengers: Infinity War (5/4/18), and 2019’s untitled Avengers 4.

Earlier this year, we learned through a series of revelations that Joss Whedon (Marvel’s Avengers, Avengers: Age of Ultron) was moving on to direct DC Comics adaptations for Warner Bros. In addition to an eventual Batgirl movie, Whedon will first take over for director Zack Snyder on this November’s Justice League, following an unfortunate tragedy in Snyder’s family. Although it’s not the way anyone would have wanted it to happen, Whedon’s move to Warner Bros seems to be bringing a change in tone. After the success of Wonder Woman, the five keywords for DC Comics movies will reportedly be “heart, humor, hope, heroics, and optimism.” We also learned composer Tom Holkenborg, aka Junkie XL (Mad Max: Fury Road, Deadpool), has left Justice League, and in his place, the film will now be scored by Danny Elfman, who might be most famous for his work with Tim Burton and the theme song of The Simpsons.

6. ICE CUBE AND SON TO COLLABORATE ON DOCK ELLIS BIOPIC

Even if you’re not a sports fan, you may have heard the story of baseball pitcher Dock Ellis. On June 12, 1970, while pitching for the Pittsburgh Pirates, Dock Ellis threw a no-hitter, which is a very rare, very difficult feat, but made all the more remarkable by his (admittedly disputed) admission years later that he was high on LSD at the time. It’s so remarkable, in fact, that someone was bound to make a movie about it, and that someone is rapper-turned-actor Ice Cube, aka O’Shea Jackson, who has signed on to produce a Dock Ellis biopic with his son O’Shea Jackson Jr. attached to star as Ellis. The younger Jackson starred in 2015’s hit biopic Straight Outta Compton, playing his father. Dock Ellis died in 2008 at the age of 63 after struggling with liver disease.

7. MICHELLE MONAGHAN TO RETURN TO THE FRANCHISE WITH MISSION: IMPOSSIBLE 6

Much has been made this week of the box office disappointment of The Mummy (domestically, at least), but it’s not all doom and gloom for Tom Cruise’s future. The trailer for his awards season release American Made (9/29/17) came out recently, he’s been talking up Top Gun: Maverick, and he’s signed to star in the Edge of Tomorrow sequel Live Die Repeat and Repeat. That would be a lot for most movie stars, and yet, there’s more. Cruise recently began filming of the sixth Mission: Impossible movie (7/27/18), and this week, we learned the cast will feature the return of a fan favorite. After co-starring in MI:3 and popping up in a cameo in MI: Ghost Protocol, Michelle Monaghan is now confirmed to return for Mission: Impossible 6. Monaghan joins a cast that includes new addition Henry Cavill and returning cast members Alec Baldwin, Rebecca Ferguson, Simon Pegg, and Ving Rhames.

8. 2 LIVE CREW TO BE NEXT RAP PHENOMENON WITH ITS OWN BIOPIC, THE BOOK OF LUKE

Following the success 2015’s N.W.A. biopic Straight Outta Compton, we’ve heard some plans for other biopics based on famous rappers (like this week’s All Eyez on Me, and its 27 percent Tomatometer score). Next up is Luther Campbell (and 2 Live Crew), with a project at Lionsgate called The Book of Luke. RJ Cyler, who played the Blue Ranger in this year’s Power Rangers, will play Campbell in this film, which is expected to focus on the precedent-setting legal battle that took 2 Live Crew all the way to the Supreme Court. Biopics are commonly made posthumously — the aforementioned Tupac Shakur, for example, and The Notorious B.I.G., the subject of 2009’s Notorious — but just for the record, Luther Campbell is still very much alive. Until recently, the once-controversial recording artist was coaching high school football in Miami.

A little over a year ago, we heard about Warner Bros.’ plans to remake the 1981 hit comedy The Cannonball Run, and at the time, Get Hard writer/director Etan Cohen was attached to it. As of this week, though, Warner Bros. has attracted a new screenwriting team and a new director. Thomas Lennon and Robert Ben Garant (of the Night at the Museum franchise) are now in talks to pen the Cannonball Run remake, as is director Rawson Thurber (Central Intelligence, Dodgeball: A True Underdog Story). The original Cannonball Run (which received a sequel in 1984) was an ensemble comedy about assorted teams racing across the United States — think It’s a Mad, Mad, Mad, Mad World or Rat Race — that featured such stars as Burt Reynolds, Dom DeLuise, the recently departed Sir Roger Moore, Jackie Chan, Farrah Fawcett, Dean Martin, and Sammy Davis Jr. It’s also remembered today for being one of the first movies with an extended “gag reel” during the credits (which you can watch right here).