One action sequel tries to knock another out of the number one spot as The Mummy: Tomb of the Dragon Emperor launches more than seven years after the last installment of the franchise hit theaters. The Dark Knight will fight hard to try and keep its hold on the top position, but even a second place finish will get it within striking distance of the $400M mark. The weekend’s other new release is the political comedy Swing Vote starring Kevin Costner which hopes to cash in on election fever. After red hot sales in June and July, the box office will start to cool off as the final month of summer kicks off.

The franchise has aged and fans haven’t exactly been clamoring for a new installment. A decent portion of the fan base will turn out but audience erosion will have an impact. Since the franchise has been locked away in a tomb since pre-9/11 days, new elements had to be added. Thus the casting of Li, the Chinese actor with the most commercial bang in the West. His fan base will take interest here especially since they rarely get to see him in big-budget effects-driven pictures. Li scored a number one hit already this year with The Forbidden Kingdom which bowed to $21.4M in April. But Li will learn what his Kingdom co-star Jackie Chan found out last summer with Rush Hour 3 – that a powerful franchise last seen in 2001 can lose its appeal all these years later. But Mummy is Fraser’s baby and with his fans enjoying him now in Journey to the Center of the Earth which has been a leggy hit, many will not feel the need for another action offering from the man so soon.

The first two films in the franchise, 1999’s The Mummy and 2001’s The Mummy Returns, opened to $43.4M and $68.1M, respectively. That would translate to $60M and $85M at today’s ticket prices. Both films debuted on the first weekend of May against no competition. In fact it was the first installment that started the industry trend of kicking off the summer movie season three weekends before the Memorial Day holiday frame. Universal was forced to try out the new strategy in order to get two weeks clearance from the unbelievably hyped Star Wars Episode I which launched a week before the holiday that year.

But the property has aged and the seven-year gap will take its toll this weekend. Since the last saga hit screens, fans of sci-fi, fantasy, and effects-driven actioners have moved on and have been wowed by numerous new franchises that have upped the standard like Harry Potter, The Lord of the Rings, Spider-Man, Pirates of the Caribbean, and of course a rebooted Batman. The Mummy now feels like yesterday’s entertainment, in more ways than one. Tied to Olympic fever spreading from Beijing, the film also bows in 28 international markets this weekend including most of Asia (except China), Eastern Europe, and Latin America. Invading 3,759 theaters in North America, The Mummy: Tomb of the Dragon Emperor could debut to about $48M this weekend.

Brendan Fraser returns in the third Mummy.
Kevin Costner returns to the big screen, this time playing an apathetic loser who gets tossed into the national spotlight overnight when his vote becomes the deciding factor in an ultratight presidential election in Swing Vote. Kelsey Grammer and Dennis Hopper star as the candidates in this PG-13 film which is hoping to cash in on the current election buzz. But buzz is what’s lacking as the Buena Vista release has none of it. The marketing volume has been low. No excitement has been generated which means that Vote will have to rely almost entirely on what’s left of Costner’s starpower. Given the cast, it will skew older than any other release which means that reviews will matter a whole lot. And critics have not been giving any big endorsements here. Mamma Mia! will provide the most direct competition for the target age group and will probably gross more in its third frame than Vote will bank in its first term. Most fans will wait for the DVD which will probably hit stores a week before the Obama-McCain showdown this fall. Landing in 2,213 theaters, Swing Vote could open to about $8M this weekend.

Kevin Costner in Swing Vote.
Two-time box office champ The Dark Knight has continued its record-shattering run all week and heads into the all-important third frame which will give the industry an idea of its long-term playability. The superhero sequel will have about $340M grossed in the first two full weeks which is the highest tally by far for any film in its first 14 days. The Mummy will be a direct threat, but not by too much as it lacks the event status carried by the Christopher Nolan megahit. A 45% drop could occur giving The Dark Knight about $41M boosting the total to a stunning $391M after 17 days.

It seems that every two years Will Ferrell and director Adam McKay get together for a comedy positioned in the second half of summer. Their latest Step Brothers should see the same kind of second weekend drops that their previous efforts saw. 2004’s Anchorman fell by 51% while Talladega Nights tumbled 53% in 2006. Sony’s Step Brothers will face a certain level of competition from the new Mummy pic so a 50% drop is likely. That would give the sibling flick about $15.5M for the frame and $62M in ten days.

Last weekend, Mamma Mia! posted the second best hold of any film in the top ten and this weekend looks to be another solid one. Universal’s feel-good hit will see minimal competition from the frame’s freshmen films so a 30% decline could be in order. That would give Meryl Streep around $12.5M and a superb 17-day tally of $87M. Meanwhile, the worldwide cume will soar past $200M this weekend.

Fox had nothing to celebrate with its dismal bow for The X-Files: I Want to Believe. Even Drillbit Taylor saw a better opening this year. The sci-fi sequel plays to a very finite audience which came out on the first weekend so it’s no surprise that after its fourth-place debut, the film dropped to seventh place on Monday and Tuesday. A fall of at least 60% seems likely this weekend which would leave X-Files with only $4M for a weak cume of $17M after ten days.

LAST YEAR: Matt Damon unveiled the latest threequel of the summer with The Bourne Ultimatum which generated the best opening in the franchise with $69.3M. The Universal hit went on to collect $227.5M domestically and $443M worldwide while also garnering some of the best reviews of the year. The Simpsons Movie took a 66% tumble in its second weekend falling to second with $25.1M to push its ten-day cume to a terrific $128.1M. Disney’s Underdog underwhelmed in third with an opening of just $11.6M on its way to $43.8M. Rounding out the top five were the long-titled pics I Now Pronounce You Chuck and Larry with $10.6M and Harry Potter and the Order of the Phoenix with $9.5M. A pair of rejects debuted on the lowest rungs of the top ten. Paramount’s stuntman comedy Hot Rod opened to $5.3M while Liongate’s girl flick Bratz debuted to just $4.2M. Final grosses reached only $13.9M and $10M, respectively. 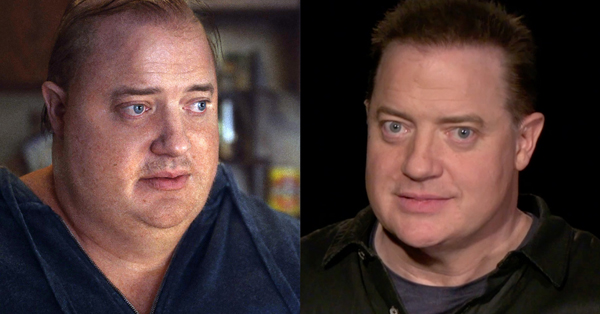 How Brendan Fraser Became Charlie in The Whale