Family is hard. A family of metahumans is harder. 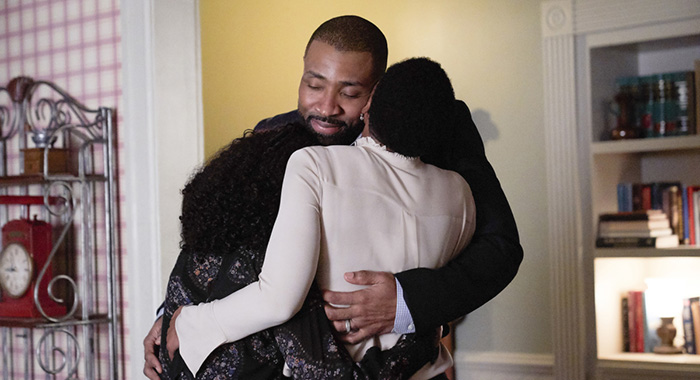 The first season of Black Lighting has proved to be a strong debut for the character and his world. Freeland is a tough place — even if we’ve only see a few isolated parts of it — but at least it has Jefferson Pierce (Cress Williams) to protect it as Black Lightning and mold its future as the principal of Garfield High. In fact, things might even be better in town had he not retired to raise his family.

But one of the great strengths of the program is illustrating just how vital the role of father was for him and how his parenting of Anissa (Nafessa Williams) and Jennifer (China Anne McClain) may have been his most important contribution in the years he spent away from being a superhero. And now that both of his daughters have powers, his choice to be a rad dad may even help him out now that he is back in the suit. With that in mind, here are five times Jefferson Pierce proved he is the raddest father in Freeland. 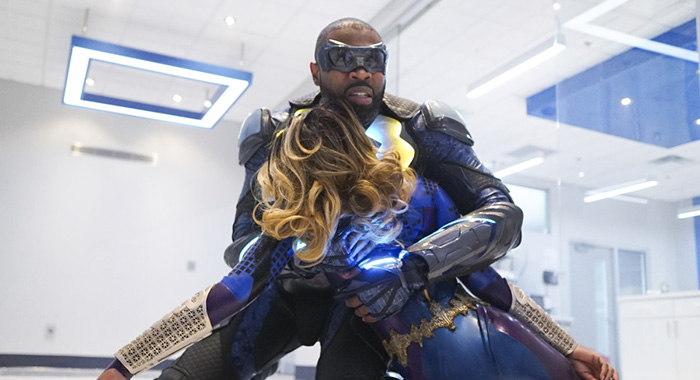 Admittedly, this took a little time — and a fight in “Three Sevens: The Book of Thunder” — but Jefferson accepted that Anissa wanted to use her powers in a manner similar to his own: crime-fighting. Granted, it took a long talk and a bit of the silent treatment, but they finally made peace,; leading to the beginning of Anissa’s training. And, boy, did they train. So much so that Gambi (James Remar) and her suit ready two weeks before she could use it.

But Jefferson’s real acceptance of Anissa occurs in “The Book of Revelations,” in which the pair investigates the death of Lady Eve (Jill Scott). Thanks to Anissa’s med-school training, she notices an irregularity in the tissue damage on Eve’s corpse. And later, when the trail brings them to the electro-guns used to murder the Freeland power player, Anissa saves Jefferson from getting caught in their destructive blast. Upon arriving home, he cannot stop telling Lynn (Christine Adams) about Anissa’s enormous crime-fighting potential.

That beaming of pride is very much key to Jefferson’s quality as a father. Though the two lock heads on a number of political issues and Jefferson was initially resistant to Anissa becoming Thunder, his pride in her never really wavers. And it bursts forth the second he has a chance to tell someone about it — which at this point is pretty much only Lynn and Gambi. 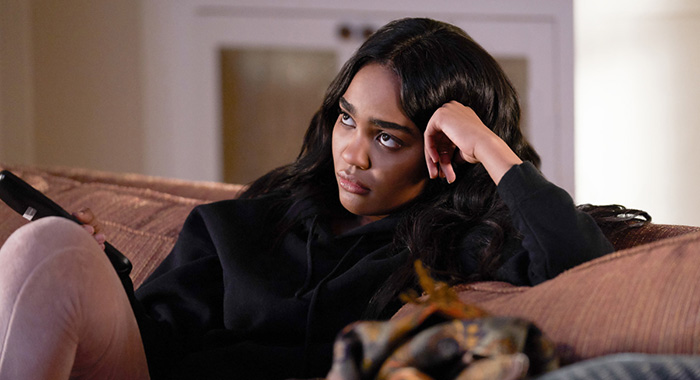 Despite the otherwise serious nature of “Lawanda: The Book of Burial,” a funny b-plot concerns Jennifer’s intention to lose her virginity with boyfriend Khalil (Jordan Calloway); in fact, she is so confident in this plan that she tell Jefferson and Lynn about it during a family dinner, leading to both awkwardly admitting they were not virgins before they met each other. The pair seemingly accept Jennifer’s rationale and thank her for discussing it with them. And though Jefferson seems OK with things, he knows another way to deal with the situation.

The next day at school, he runs into Khalil after track practice. The lad is still dripping wet from a shower despite being clothed and walking through the halls. Khalil, who believes he knows what Jefferson is going to say, instead gets asked about his drying technique. He reveals he dries off from the feet up. The answer is met with disappoint from Principal Pierce.  “Are you going to give my daughter athlete’s foot in places where athletes’ feet should not be?” he asks. He leaves Khalil to consider his self-grooming habits and any other choices he might make in the next few days.

Now, this might not be a “rad dad” move from Jennifer’s point of view, but it reveals two rad things about Jefferson. One: he is trying to regard his younger daughter as a young woman and, at least, hear her viewpoints. He understands her, to an extent, and understands it is better to listen than to argue. But since he is ultimately not on board with the idea, he found a way to discourage Khalil. And yet, in talking to both, he never outright tells them no — which would galvanize them to go forward — but instead puts the scare into Khalil in a surprisingly perceptive manner. That ability to guide without shouting or showing outright displeasure is pretty remarkable.

Of course, it is all a little moot as the gunfire at the protest later that night disrupts everybody’s plans and lands Khalil in the hospital, but Jefferson’s handling of the situation was graceful and wise. 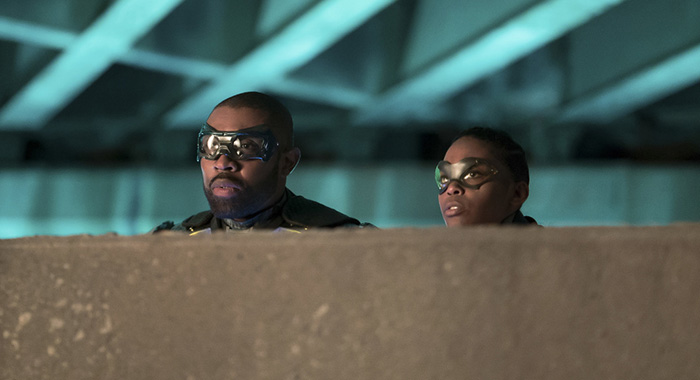 “The Book of Little Black Lies” may feature the best action scene of the series thus far: Black Lightning and Thunder’s raid on Proctor’s (Gregg Henry) Green Light lab. Though Anissa already had a following of her own thanks to some of her pre-training antics, the raid is the first time she and Jefferson really go out on a mission “in character.” And after a little bit of prep nearby, the two spring into action to deal with ASA goons and rig the whole place to explode.

Just a shame Proctor managed to get away in the confusion. But destroying the Green Light supply and getting the chemist to Inspector Henderson (Damon Gupton) was the real objective.

Of particular interest here is the complete lack of criticism on Jefferson’s part. Though he jokes with Anissa about being “not bad” at the superhero thing, he never warns Anissa about an oncoming enemy, corrects her use of powers, or reviews their actions after they make their swagger-filled exit. It illustrates how much he has come to trust Anissa as a crime-fighting partner in just the few weeks since their fight in Lynn’s lab. It also silently confirms what Jefferson already believes about her via a great action scene.

4. Reassuring Jennifer After She Learns the Truth

“Sins of the Father: The Book of Redemption” features one of Jefferson’s best moments with Jennifer. But the context around the short scene is important in order to understand its significance. In the previous episode, Jennifer finally learns that her father is Black Lighting. She also learns that her parents kept that detail from her because: a) she might spill the beans at an inopportune moment, and b) they did not think his powers could be inherited. The revelation, and the appearance of her own powers, leaves her feeling quite upset. She also tells her mother she has no interest in becoming a hero. She just wants to have a quiet and fairly domestic kind of life.

But her anger only gets compounded in this episode when Jefferson tells her to stay home and Anissa’s attempts to give her a superhero pep talk blows up in their faces — literally in Jennifer’s case, as her powers seem to consume her and scorch a pillow on the nearby couch.

She's all fired up! Stream the latest episode for free only on The CW App: https://t.co/m636oVhsDG #BlackLightning pic.twitter.com/omxcMQHymq

Later that afternoon, Jefferson comes home and learns about what happened. Going up to her room, he reassures Jennifer that she will be able to live the life she wants and not take up a superhero role. But he adds that she will have to learn to control her powers. The two hug and Jennifer jokingly asks, “How do you use the bathroom in your suit?”

It is a sweet scene which once again affirms their bond. Though the interactions we’ve seen between them tend to stick to the more common father–teenage daughter conflicts, there is still an essential love there that transcends the secrets withheld from Jennifer and other aspects of her impulsive nature. The show may not have the time to develop this entirely, but it remembers to honor this aspect of Jefferson’s qualities as a father and the fact that, ultimately, his children love him. 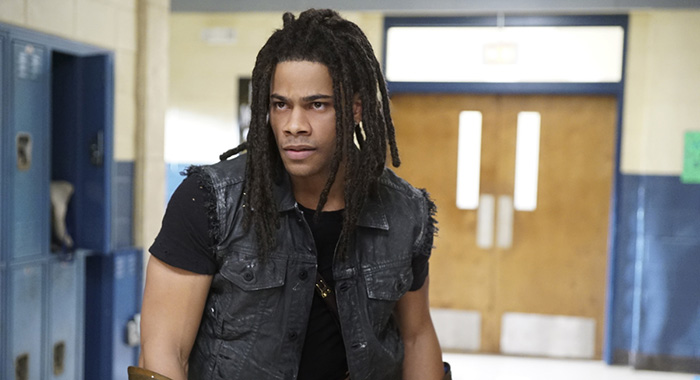 And since the bond between Jefferson and Jennifer is honored in scenes like the one above, a moment from last week’s episode, “The Resurrection and the Light: The Book of Pain” suggests some of the character growth otherwise unseen on the show thus far: Jefferson’s increasing trust in Jennifer.

Early in the episode, Jefferson happens to see Khalil on his feet and walking around Freeland. He tries to talk the young man into coming back to Garfield, but Khalil’s belief in that institution has been completely shattered thanks to Tobias (Marvin “Krondon” Jones III) and the initial shock Khalil experienced after being told he would never walk again. Jefferson, ever hopeful, even gives it a few more tries before Khalil brushes him off.

Then, almost immediately, he tells Jennifer that Khalil is back in town. While he expresses his preference that she not contact him because he has changed, Jefferson still gives that choice to her. In a show less adept with parenting issues — and definitely on other CW superhero shows — Jefferson would have hid Khalil’s return from her. The breakdown in trust would have been their plot for the week. Instead, he leaves it to Jennifer to decide for herself whether or not to go find him.

Giving her that option and not concealing Khalil’s return from her might be the raddest moment of all. Despite teenage rebellions, a few impulsive decisions and the lack of an afterschool activity, Jefferson has grown to trust her — not just with the family secret, but with tougher personal choices as well. 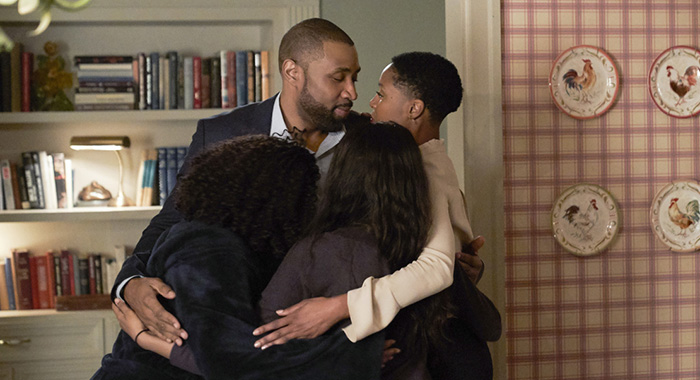 Jefferson’s relationships with Anissa and Jennifer reflect one of the most unique things about Black Lightning as a series: its exploration of family ties inside a world of metahumans. Where other shows take years to build families, this show took on the challenge of creating an established family from the get-go and then introducing powers into it. The results are thoughtful and compelling and one of the elements we hope the show will continue to explore when it returns for its second season.