8 Things To Know About Atlanta: Robbin' Season from the Creators and Stars

Season 2 of Atlanta is only two weeks away, and still we’ve only seen a minute and 15 seconds of footage from it. FX dropped the trailer for Atlanta: Robbin Season this week, giving fans a few clues about what’s in store for Donald Glover’s return to the ATL.

Rotten Tomatoes can fill you in a little bit more; Glover’s co-writer and brother Stephen Glover, producer Hiro Murai, and costar Zazie Beetz spoke with Rotten Tomatoes at the Television Critics Association winter press tour in January, and Donald Glover was also on a panel to preview the second season.

Come March you’ll get to catch up with Earn (Donald Glover), rapper Alfred “Paper Boi” Miles (Brian Tyree Henry), and Van (Beetz). In the meantime, here are eight things the creators of Atlanta told us about Atlanta: Robbin’ Season. 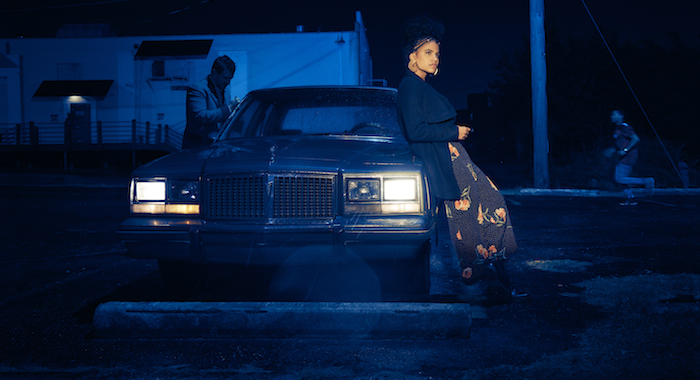 Atlanta really has an annual “Robbin’ Season,” the time before the holidays when crime goes up because criminals steal people’s Christmas presents. That doesn’t mean Atlanta became a crime show.

Robbin’ Season is the backdrop for season 2, but also represents how desperate Earn, Paper Boi, and Van are to make it.

“I think it’s a nice descriptor of tonally what happens in the show,” Beetz said. “I wouldn’t say literally in terms of people getting robbed, that’s not what’s happening. A lot of the characters [are] more deeply trying to find out what they need and trying to get it. This season the stakes are higher.”

But, setting the season around the holidays gives the whole show a different look and feel.

“There are some holiday themes in the show and it’s colder,” Beetz said. “The subject matter is heavier, the stakes are higher just in terms of exploring themes of death and themes of loss. It’s a lot darker and so I think having surrounding context is more important.”

Even though the themes are deeper, the tone is still “feel good,” said Donald Glover.

“I think locking into a good tone or a good vibe is what makes people want to come back,” Donald Glover said. “It feels organic and it feels very specific to us and the story that we tell each other.”

2. THIS SEASON IS BASED ON TINY TOONS, REALLY 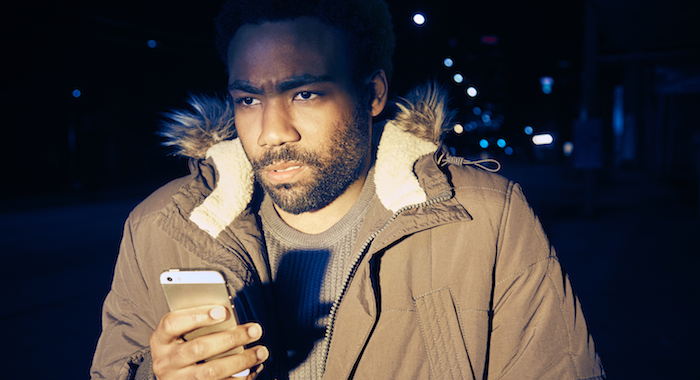 A weekday afternoon cartoon from the ’90s probably feels like the furthest thing from Glover’s edgy FX comedy. The Glovers grew up watching Tiny Toons though, so Donald remembered their 1992 How I Spent My Summer Vacation movie, which aired as individual episodes. He wanted to do the Atlanta version of that.

“You enjoy [the episodes] more when they are together, but you can also enjoy them in little bits,” Donald Glover said.

Don’t worry, it’s not like Game of Thrones where you can’t miss a single episode.

“There’s an arc there, but it’s not integral to enjoying the individual episodes,” Murai said. “If you watch the whole season in order, I think you’re rewarded hopefully, but you can watch it totally out of order and still be OK.” 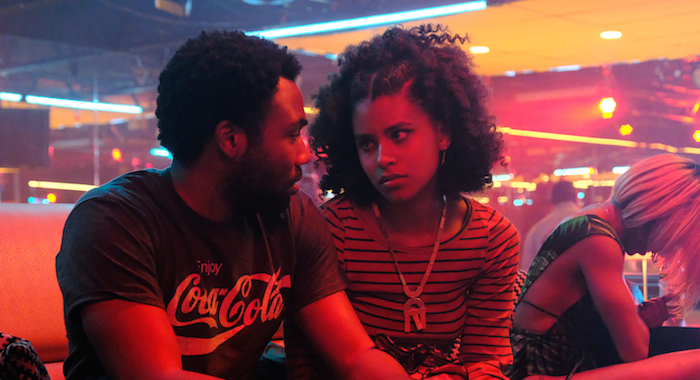 There were only a few shots of Van in the trailer, but she has a big role in Robbin’ Season. Van and Earn are still together, but he’s still not giving her the emotional support she needs.

“Van and Earn are trying to figure out what’s working and what’s not working,” Beetz said. “She wants more than what she’s getting. I think that’s something she expresses, but in this season she demands. She doesn’t want to just be a comfortable f— at the end of the day. She wants to be a priority for him.”

Paper Boi’s rap career is taking off in Robbin’ Season, which means Earn’s career as his manager is too. So he’s better able to provide financially, but that’s not enough.

“There is a shift in how they interact with each other,” Beetz said. “I think he still is lacking in his basic responsibility in terms of respecting me. I want to be in a committed relationship and I don’t want it to be just because we have a kid together.”

4. THAT RADIO STATION SCENE GOES ON A LOT LONGER 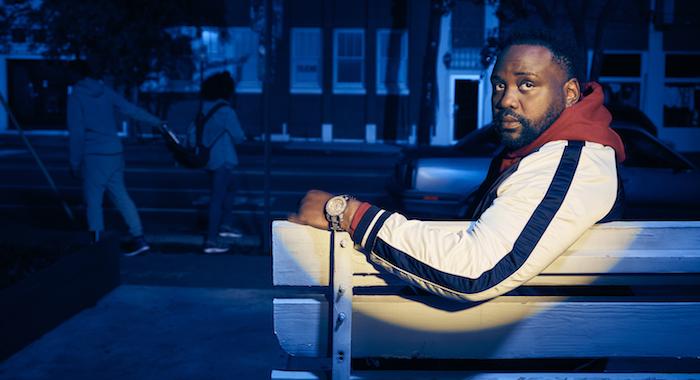 The trailer shows one of the DJ’s annoying requests. FX showed the whole scene to reporters in which the DJ wears Paper Boi down with ridiculous directions.

“With DJs it’ll be super really in the morning, you’ve already been to all these other places, and they’ll be like, ‘Now act like you’re on a boat and you’re partying,‘“ Stephen Glover said. “I don’t know how to say this like I’m partying. ‘Say this really cool,’ but this isn’t cool. What do you want me to say?” 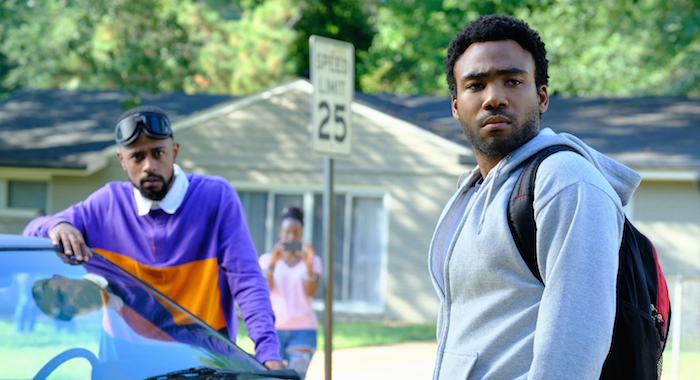 Even though Robbin’ Season is more of a continuing story, Atlanta still throws in the occasional twist like the black transracial who identified as white. They may not do a whole episode as a fake talk show this year, but it’s still Atlanta.

“In the second episode, I think we have something that kind of feels like the white trans kid,” Stephen Glover said. “It’s almost like a mini-sketch, but it’s still happening in the story. It’s keeping true to our spirit of experimenting and doing crazy stuff that you wouldn’t see anywhere else.”

It might even seem more random since it has to fit inside the continuing story.

“It feels like sometimes it’s even weirder than the first season because we’re having to integrate those elements into a real life story as opposed to sectioning it off as a TV segment,” Murai said.

Or maybe this whole Tiny Toons thing is a big exaggeration.

“Maybe none of the episodes really tie together, but they’re all talking about the same theme or helping you get an idea of this topic we’re going for,” Stephen Glover said. “You have a major idea and then you can just put characters in different scenarios that help build on that idea.”

6. YOU’LL SEE NEW PLACES IN ATLANTA AND THE SOUTH 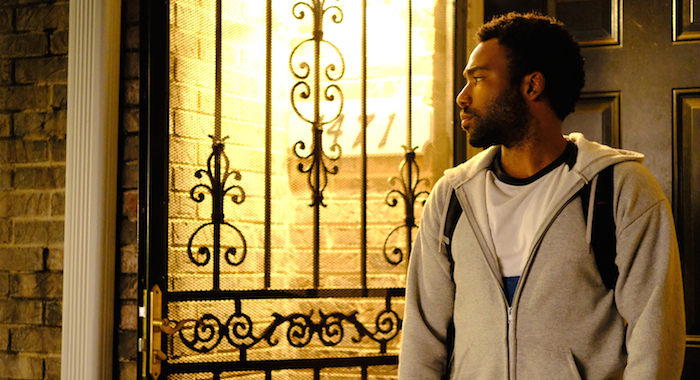 “Helen, Georgia, is a place we went to,” Stephen Glover said. “It’s like a Germantown in the mountains in Georgia. We got to shoot there [and] more of the hood places that Atlanta people would notice.”

Season 2 even pushes the borders of the state.

Atlanta itself is more of a focus in Robbin’ Season. Now that you know the characters, they can delve deeper into the city.

“I think with this season, we get to touch on a little bit of why Atlanta is the way it is,” Stephen Glover said. “We get into why it’s that way or why people act the way they act there or why it’s important for a kid from the hood to try and rap and get out of there. We’re digging a little bit more into what makes Atlanta the city tick, which we didn’t get to really in the first season.” 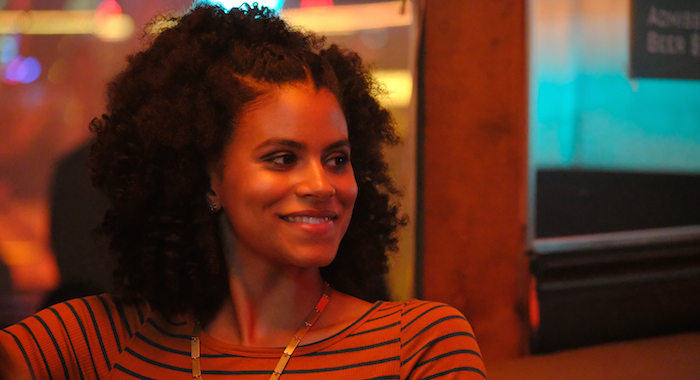 One of the great season 1 episodes was “Value,” which was an all Van episode. She has dinner with Jayde. Jayde isn’t back, but Van has three other friends who’ll be important in Robbin’ Season.

“You see her in the context of her friends and you see her also having a good time, which is I think something that didn’t happen so much in the first season,” Beetz said. “So we explore more of her life outside of just being a mother. For Van specifically, she’s trying to see how she functions just in the context of herself and what that means to her.” 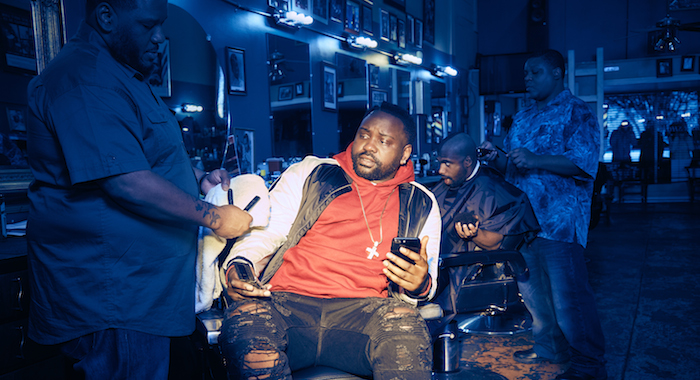 “Being Paper Boi’s manager comes with stuff, changes,” Stephen Glover said. “That’s what season 2 is about, everyone trying to adapt to their new lives.”

Even Paper Boi doesn’t totally embrace success. It’s not just getting annoyed at DJs. His whole identity has been being from the street. Having money is new.

“I think he has an impulse to not play into the stardom with celebrity,” Murai said. “I think this season is a story about whether he accepts his fate as a rapper.”

“You can’t do both, really,” Donald Glover said. “You can’t be a famous drug dealer.”

At home for Earn, becoming the provider doesn’t necessarily fix everything between him and Van.

“I’m more removed from his thing with Alfred,” Beetz said. “It doesn’t matter to me if you’re successful or not successful. Just support us emotionally and be there. I think the success still isn’t necessarily giving her what she means. It’s emotional support. Is he giving everything he can give emotionally? The success I don’t think necessarily changes [them].”