About This Is Us’ Divisive Season Finale: How Did Jack Die?

What did you think about the season 1 finale of the NBC drama? Did you miss the kids? 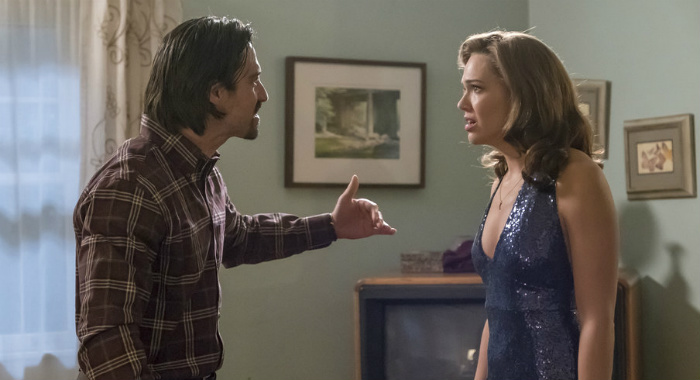 This Is Us has hinted all season long at the tragic circumstances surrounding Jack’s (Milo Ventimiglia) death, and many hoped (and feared) that the season 1 finale would reveal exactly what happened to the Pearson family Patriarch.

Naturally, fans stocked up with wine, snacks, and plenty of tissues. Read on to find out what the episode revealed — and how fans coped with their finale stress.

SPOILERS AHEAD!
STOP HERE IF YOU HAVEN’T SEEN THE EPISODE.

Considering how This Is Us has constructed most of its episodes, the major reveals all season long have come at the end. So despite being well-stocked with snacks and beverages, fans were majorly stressed throughout the episode.

I am not ready to let Jack go ?#ThisIsUs

Preparing for the worse #ThisIsUs pic.twitter.com/TpkyPz85B4

I haven’t been this upset about a Jack dying since Titanic ? #ThisIsUs

I have to keep reminding myself to breathe. The anticipation of will happen has me so wound up. #ThisIsUs 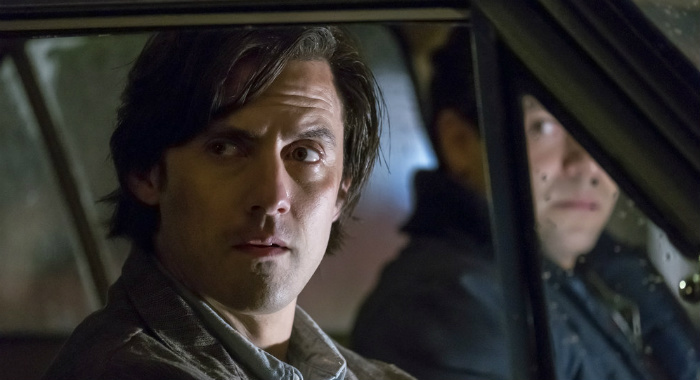 It seems fitting that before revealing Jack’s fate we got to see the beginning of his and Rebecca’s (Mandy Moore) relationship, and this week’s flashback took us to the days before he and Rebecca met. Jack was a clean-shaven 28-year-old Vietnam War vet who fixed cars for old ladies.

Hey all. A beautiful episode written by @Dan_Fogelman @iaptaker @bergernight & directed by @Ken Olin. Show them your ❤❤❤. #ThisIsUs MV

He dreamed of opening a mechanic shop with his BFF, and even went to a shady poker game to earn some money to buy a garage. Unfortunately, though he wanted to think otherwise, nice guys don’t finish first — and despite winning big on his first hand, the thugs running the game beat him up and stole his cash.

I HAVE NEVER BEEN MORE NERVOUS OVER A CARD GAME @NBCThisisUs

Meanwhile, back in 1995, we cut back to Jack downing beers in his car. Not a smart life choice, Jack! Thankfully, Jack made it to Rebecca’s show alive — only to slam more beers and drunkenly stumble backstage in the hopes of finding Rebecca. Rebecca, though, was busy fighting off Ben’s (Sam Trammell) very inappropriate attempts to kiss her, then calling Jack to tell him how much she missed him.

When Jack caught up with Ben, he punched him in the face. Rebecca intervened and drove her staggeringly drunk husband home — where they both arrived safe and sound. See, he didn’t die in a drunken driving accident after all! At least not on that night.

We tried to warn you Rebecca @NBCThisisUs #ThisIsUs #MandyMoore We knew that dude was trying to rekindle his lust he had with you pic.twitter.com/I34Omu9yvc

I was waiting for Jack to punch Ben. It was a long time coming! @MiloVentimiglia @SamTrammell @NBCThisisUs #ThisIsUs

Just when we thought Jack was safe from wrong-doing, the episode flashed back to Young Jack as he went to garage fundraising Plan B: rob a bar.

Luckily, Rebecca skipped out on her boring bind date to sing at an open mic night at that very bar, and the power of her voice singing a Cat Stevens song made him turn his head and not rob the bar after all. Sure, OK! 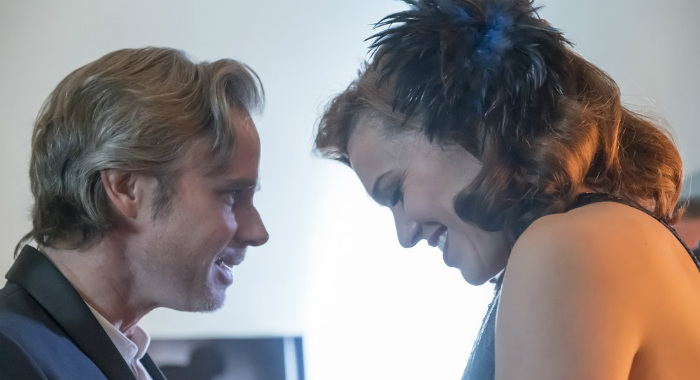 Back in the ’90s, instead of watching E.R. — just a reminder that it was the ’90s — Jack and Rebecca had a knock-down, drag-out fight that was truly one of the most heartbreaking relationship milestones we’ve seen. Could this be the last conversation they ever have?

Me yelling at Rebecca right now! “Say something else! Ooo say something.Shut up! Shut up!” #ThisIsUs pic.twitter.com/AbgvM34Di5

Rebecca is saying all these hateful things and I’m scared Jack is gonna die before she says sorry. #ThisIsUs pic.twitter.com/KAG80hRQsw

This is not what I expected. For the first time this season, I’m not bawling my eyes out; I’m straight-up stressed out #ThisIsUs

Oh good!! I thought he was gonna die without seeing her again #ThisIsUs #thisisusfinale pic.twitter.com/Bm1DhYnYwY

“You were MY big break.”

But wait a minute — despite the fact that they both apologized to each other, Rebecca told Jack to stay at Miguel’s for a while. NOOOOOOO! Is THIS when Jack dies?

Me trying to figure out how Jack dies before they tell us #ThisIsUs pic.twitter.com/irzEgvRqbC

When #ThisIsUs is almost over and we have learned nothing pic.twitter.com/lPRjzPSIJA

me to me: okay only 7 minutes left, nothing bad is gonna happen! also me to me: just wait until 9:59 #ThisIsUs pic.twitter.com/QQsC2DQ78i

At this point, I refuse to believe Jack is dead. He is stuck in Jumanji waiting for someone to roll a 5 or 8. #ThisIsUsFinale #ThisIsUs

After all that, the episode didn’t actually reveal anything about Jack’s fate, and many fans were not too happy — or at least were very confused about it all.

Me after the season finale of #ThisIsUs pic.twitter.com/de8XtGnnzw

#thisisus I feel like I watched a different episode than everybody else. Great ending? Not really. Not for a finale

sooo disappointed with that ending #ThisIsUs

That was worse then the sopranos ending…#ThisIsUs

Raise your hand if you were personally victimized by the season finale of #ThisIsUs pic.twitter.com/CZBujD5RBv 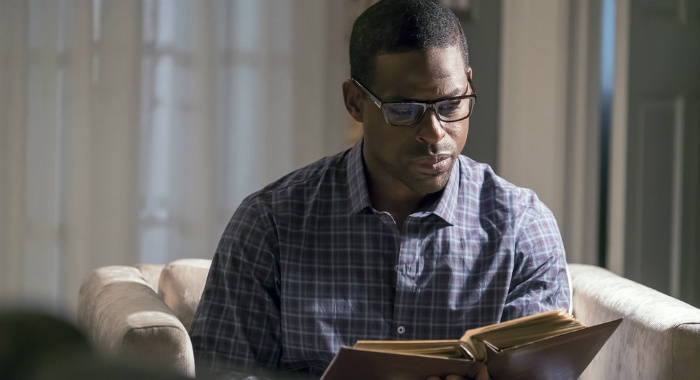 Although the Pearson kids weren’t in the episode much, there was a short montage at the end that revealed what direction their stories might head in season 2.

Randall: *has one line*

So many different topics to look forward to next season. Adoption. Kate singing. Kevin and Sophie together again. Can’t wait! #ThisIsUs 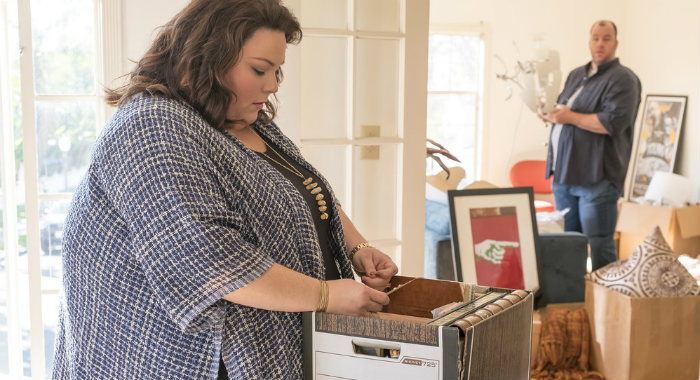 Still, there was something major missing: How did Jack die, and why did Kate say it was her fault?

I’m wondering at this point why Kate said to Toby it was her fault jack died?… #ThisIsUs

What did you think of the This Is Us finale? Do you have theories about Jack’s death? Are you upset that his cause of death wasn’t revealed? Take our poll and share more of your feelings about the episode in the comments. Comments here