Scott Beck and Bryan Woods break down an almost dialogue-free screenplay that reads — and looks — like few others. 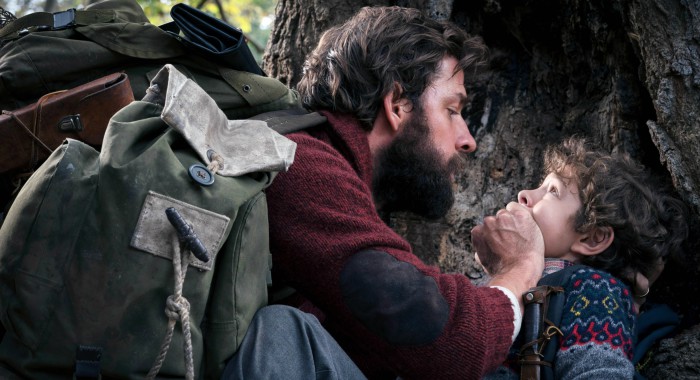 In the first trailer for A Quiet Place, two children play a silent game of Monopoly. Instead of using the famous metal thimble, top hat or Scottie — playing pieces that would clip-clop a little too loudly along the board as players pass Go — they play with soft, homemade items that can be moved noiselessly from street to street. The young girl moves a star-shaped patch across the board, the boy uses what looks like a small knitted heart, and they roll the die onto a rug to muffle any rattle. Plush red hotel pieces, which look like little pom poms, dot Connecticut and Vermont Avenues.

A Quiet Place’s silent Monopoly board is one of those ingenious cinematic devices that grabs you with its novelty as it effortlessly does the expository work of about 10 pages of script. We know instantly that this is a world in which silence is important — important enough to fashion noise-free board games — and in which even the slightest sound, like the role of a die on a board, could mean disaster. The stakes are there, laid out in wool and felt and nervous hands. It’s the kind of device you might think an inspired director brought to the project, a visual cue to cut back on exposition, but the game was part of the A Quiet Place script from the very beginning — quite literally.

“We actually put a picture of the Monopoly board in the screenplay,” says Bryan Woods, who co-wrote A Quiet Place with Scott Beck, his collaborator since they were kids making amateur movies in the cornfields of Iowa. The duo also scanned their own handwriting and incorporated that into the physical script. It was all part of an effort to produce a screenplay that, with almost zero dialogue, would be as readable as possible. “We took wild swings at things that Screenwriting 101 classes tell you not to do,” says Woods. “We just knew from the outset that this script needed to be lean and it had to move really fast. You had to feel like you were watching the movie even though you were reading it on the page.” 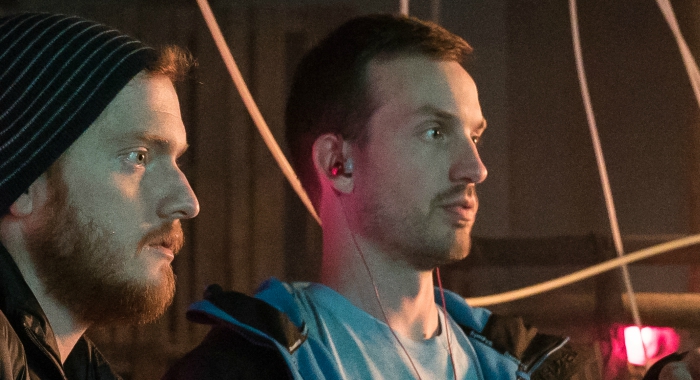 The first draft, following a 15-page treatment, clocked in at 67 pages and did not look much like the scripts that regularly come across agents’ and producers’ desks. The writers played with font sizes, embedded images, and did everything they could to make it a thrilling and visual read. “We kept getting nervous,” says Beck. “We thought, we’re going to have this script with no dialogue. Nobody’s going to want to get through this.” In form, they were inspired by Walter Hill and David Giler’s screenplay for Alien (a rewrite of the original script by Dan O’Bannon). “The words were incredibly sparse and it just reads really quickly,” says Woods. “With our script, there was a lot of playing with form simply to make it leap off the page as much as possible.”

The strategy worked. The project caught the eyes of Paramount, and director John Krasinski, who would work on later drafts of the screenplay and go on to cast wife Emily Blunt as the matriarch of a family living somewhere in post-apocalyptic rural America, hiding in silence from mysterious creatures that are attracted to sound. The movie, which is currently at 98% on the Tomatometer, premiered at South by Southwest Film Festival in March. Rotten Tomatoes was there for the screening, and screamed and gasped on cue along with the rest of the audience; the film is as intense as trailers promise, and yes, the bathtub scene will leave you shook. “To see the movie play the audience like a piano, that was an incredible moment,” says Beck. “That was probably the most satisfying moment that we’ve had in our careers.” 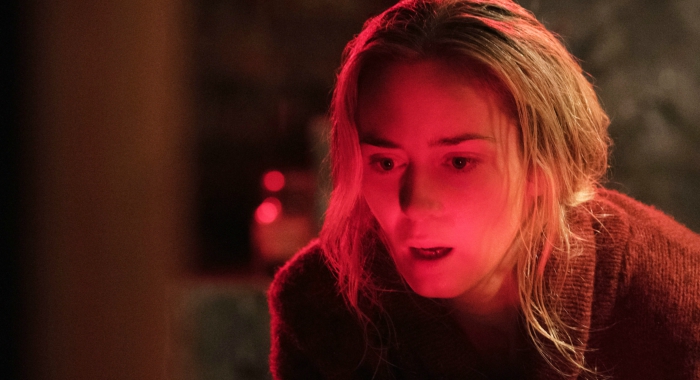 A lot of the audience reaction came down to the way Krasinski uses sound in the film, toggling from from silence to screechy panic. Sound is a key character in the film and was a key character in the script — its absence, its sudden appearance in jolting bursts, all articulated in detailed written descriptions before the filmmakers brought it to life. “Our philosophy is: What you don’t see is scarier,” says Beck. “But it’s not just what you don’t see, it’s what you’re hearing and not hearing.”

That approach is put to great effect in a sequence set in a cornfield, which was inspired by, of all things, Jurassic Park: The Lost World. In that film, Steven Spielberg shows the audience that raptors are moving through a field by revealing the trails they leave; in A Quiet Place, it is sound that indicates a malevolent presence among the corn stalks. Beck draws on another Spielberg film in describing the tactic: “We thought, what if we actually make sound the shark from Jaws?”

The tension in A Quiet Place teeters on the edge of “too much” at times, with new perils piling up in ways that may test some viewers’ ability to suspend disbelief. Woods laughs when Rotten Tomatoes asks about the risk of going too far. “That encapsulates our writing process in a weird way, which is Scott and I going back and forth and saying, ‘Well, that scene was alright, but what if we did this?’ We call it a healthy competition of ideas. We’re constantly trying to stir the pot and make stuff as intense and exciting as possible.”

For all of its suspense and invention, though, it is the traditional elements of the screenplay — the family drama at its center — that keep the film grounded, even as the terror escalates to giggle-inducing new levels. And this may be the writers’ greatest achievement: getting us to care about our mostly mute protagonists. The family have suffered a tragedy and face a breakdown in communication in the worst possible environment for that. And then there are those monsters to deal with.

“They need to talk, they need to listen, but of course now they’re in this post-apocalyptic situation where they’re literally unable to communicate,” says Beck. “How do you get over that?”

A Quiet Place is in theaters April 6.