Weekly Ketchup: Will Smith to Star in Wild Bunch Remake?

This week’s Ketchup covers the days leading up to this year’s Cannes Film Festival, at which dozens of movies are announced, and casting deals are made. Included in the mix are two new movies each for Chris Pine, Will Smith, and Hailee Steinfeld, and also new roles for Robert Downey Jr, Shia LaBeouf, and Arnold Schwarzenegger… in The Toxic Avenger?

THIS WEEK IN WILL SMITH: AFTER EARTH 2 AND A MODERNIZED REMAKE OF THE WILD BUNCH?

The first week of Cannes is sort of weird because there’s a lot of movie news, but it’s not all necessarily what most people would call “big movie news.” What ends up here this week isn’t anything that might have made it any other given week. Having said that, Will Smith is still one of the world’s biggest movie stars working today, and both of these stories involve him. First up, there was the otherwise sort of boringly worded announcement that the business agreements have been put in place which would allow for the development of a sequel to the upcoming May 31st release After Earth. Like the marketing for the movie, this announcement almost doesn’t mention that After Earth was directed by M. Night Shyamalan. And now, we get to the story that is also the Most Rotten Idea of the Week: Will Smith is in talks with Warner Bros to produce and star in a remake of Sam Peckinpah’s classic Western The Wild Bunch. If the remake was a Western, that might be slightly more okay, but we didn’t get to the really rotten part yet. This remake will be about a modern “disgraced” DEA agent (likely to be played by Smith) who gets together a team to go after a Mexican drug lord (and his money). In other words, it’s as much a remake of The Wild Bunch about as 10 Things I Hate About You was a remake of The Taming of the Shrew. Warner Bros is currently looking for a new director for the remake following the suicide last year of director Tony Scott, who was previously developing it as a future project.

#1 THIS WEEK IN JFK ASSASSINATION CONSPIRACY THRILLERS: THE STARS OF THE AVIATOR COMPETE

Hollywood producers sure do love competing with each other with similar projects. Another pair of dueling projects you can add to the list is the “JFK assassination conspiracy thriller.” In one corner, there’s David Mamet’s Blackbird, which Cate Blanchett is attached to star in. Blanchett will play a woman who travels to Los Angeles for the funeral of her Hollywood special effects wizard grandfather, and she discovers that he was involved in something secret and dangerous (and given the theme of this story, you already sort of know what it involves). That movie’s story might be more in the realm of fiction, whereas the adaptation of the book Legacy of Secrecy might be more fact based (“might” is always a key word with JFK conspiracy theories). That movie is reportedly now being developed by writer/director David O. Russell (The Fighter, Silver Linings Playbook). If everything comes together the way the producers hope, Legacy of Secrecy might see David O. Russell reuniting with Robert De Niro, and working for the first time with Leonardo DiCaprio. Now, as for why these movies are all being developed right now, well, this November is the 50th anniversary of JFK’s assassination (though neither film is likely to be finished in time to actually be released then).

#2 SAMUEL L. JACKSON AND HAILEE STEINFELD COSTAR IN BARELY LETHAL (AND ALSO GET A NEW MOVIE A PIECE)

In a week like this with so many stories being announced, this column attempts to find links that allow more than 10 stories to get mentioned within the space of 10 entries. This one starts with Barely Lethal, which will see Hailee Steinfeld (True Grit) playing a teen assassin trained by a mentor to be played by Samuel L. Jackson. Steinfeld will also costar with Sam Worthington in For the Dogs, in which he is the one who plays an assassin, one who agrees to help a teenage girl get revenge on the murderers of her parents. Finally, let’s go back and pick up Samuel L. Jackson again, who will star in a movie called Big Game as the President of the United States, who is discovered by a teenager after Air Force One is shot down. And then they have adventures, one would presume.

#3 CHARLIE KAUFMAN’S NEXT IS THE ANIMATED MOVIE ANOMALISA

Charlie Kaufman is one of the few screenwriters that has his own active community of fans, even if his output has slowed down lately, following a fin-de-(last)-siecle rush that included Being John Malkovich, Adaptation, and Confessions of a Dangerous Mind. Kaufman also got into directing with Synecdoche, New York. And now with an adapation of his own play called Anomalisa, Kaufman will be getting into the (independent) animation business, too. Jennifer Jason Leigh, Tom Noonan, and David Thewlis, who all appeared on stage in Kaufman’s play, will also be providing their voices to this story of a man who falls in love with a woman (Charlie Kaufman is known for original ideas like that). Financing for Anomalisa is also coming from Kickstarter, but it’s not really making much news in the way that Veronica Mars or Zach Braff’s next movie (which is not a sequel to Garden State, by the way) has.

#4 ROBERT DOWNEY JR. AND BRADLEY COOPER ARE BOTH SET TO STAR IN MOVIES CALLED CHEF

People have making movies for over a century now, and yet there are still common words that haven’t been used as titles for major motion pictures yet. One of them is Chef, but there are currently two different movies with that title being hawked at Cannes that both have A-list stars attached as the lead. One of them is Bradley Cooper, and his Chef will be directed by John Wells of ER fame. The other is Robert Downey Jr, and for Marvel fans, his is the more appealing (and arguably gimmicky). That is because that Chef reunites the Iron Man 2 trio of RDJ, Scarlett Johansson and director Jon Favreau. Favreau’s Chef is also more generally cast, with Bobby Cannavale, John Leguizamo, and Sofia Vergara also cast. Both movies are about guys who take food, mix them up a bit, usually (though not always) apply heat, and produce something that is still food… and yet, it’s something completely different now, too. There’s no word yet as to whether either Chef movie will be in 3D or have budgets in the triple digits.

Chris Pine’s name came up twice this week before the theatrical release of Star Trek Into Darkness. Pine, Amanda Seyfried (Mamma Mia, Les Miserables) and Chewitel Ejiofor (2012, American Gangster) have all been cast in the science fiction thriller Z for Zachariah, based upon a novel by Robert C. O’Brien. The story concerns a girl (possibly Seyfried) who at first believes that she’s alone after a nuclear attack, but eventually discovers that she’s not. Presumably it’s more exciting than that. Craig Zobel (Compliance) will direct Z for Zachariah, and filming is expected to start in August. Chris Pine’s other big news this week was that he and Jake Gyllenhaal are both in talks to play the two prince brothers who are the romantic interests of Cinderella and Rapunzel in the adaptation of the Stephen Sondheim musical Into the Woods. If Pine and Gyllenhaal sign on, this would be the first song-and-dance musical for both actors. Emily Blunt and Christine Baranski are also in talks for roles.

Chloe Moretz and Asa Butterfield, who costarred together in Martin Scorsese’s Hugo, have both signed on to also costar in a “dark fairytale” movie called The White Circus. The film will be executive produced by Terry Gilliam, and will mark the feature film directorial debut of Chris Lavis and Maciek Szczerbowski, who work together under the pseudonym of “Clyde Henry.” Filming is scheduled to start in February, 2014 at locations in Germany and Serbia. The story of The White Circus “revolves around a young pilot who crashes his plane in a war-torn town where he befriends a talking circus bear, falls in love with a cabaret singer and challenges a maniacal despot.” And Terry Gilliam is involved with such a film…? GASP!

#7 SHIA LABEOUF TO COSTAR IN THE WILDERNESS SURVIVAL THRILLER VILLAIN

Shia LaBeouf is set to costar as one of two brothers forced to reunite in a dangerous wilderness setting in a thriller with the surprisingly unused title of Villain. This film will be directed by Juan Carlos Fresnadillo (Intacto, 28 Weeks Later), who had previously been attached to direct the reboot of The Crow this year, but will be working on this film instead. That connection is important thematically, because the Villain script was written by Joshua Zetumer, who was one of the cowriters of another action remake, next year’s RoboCop.

There are only nine locations, so unless they remember it from movies like The Cable Guy or Garden State, most people are probably not that familiar with the existence of the Medieval Times restaurant franchise. Basically, Medieval Times is like a mainstreamed Renaissance Festival, where diners can go to watch pretend knights ride around on horseys, while perhaps discussing the myriad ways in which their dinners are anachronistic to the Medieval Times theme. Of course, so are those magical orbs of light above your head keeping the room from being pitch black. Anyway, the production companies BenderSpink (The Ruins, The Butterfly Effect) and Broken Road (Jack and Jill, The Sorcerer’s Apprentice) are teaming up for a Medieval Times movie. There’s no other details known yet, but it will probably be a “comedy.” Though not necessarily intentionally.

It might be difficult for younger movie fans to imagine it, but there was a time when Arnold Schwarzenegger was considered an A-list movie star whose involvement in a project was hotly sought after, and presumed to guarantee box office success. Since leaving political office as the governor of California, however, Schwarzenegger has just costarred (with a lot of other older actors) in The Expendables 2, and when he did go solo in The Last Stand, the world mostly ignored it. The next step down for Arnold Schwarzenegger’s career will be a supporting role in a remake of a Lloyd Kaufman/Troma movie called The Toxic Avenger. Schwarzenegger is in talks to play “the Exterminator” (get it?), a former black ops agent who trains “Toxie,” a young nerd who falls into a vat of toxic chemicals, transforming him into a disfigured monster with superhuman strength. This new version of The Toxic Avenger will be directed by Steve Pink (Hot Tub Time Machine) in late 2013 after he wraps up filming of the sequel Hot Tub Time Machine 2.

#1 This week, the Most Rotten Idea was also the Top Story of the Week. 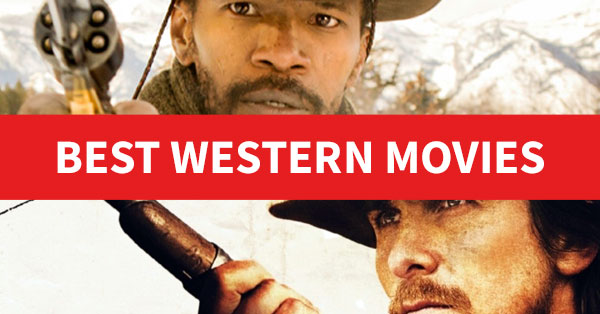 100 Best Western Movies of All Time