With Game of Thrones taking nine Creative Arts Emmys already this year, the remaining question for 2016 is: Can the HBO fantasy juggernaut be bested? We’re looking to the crime series — American Crime and The People v. O.J. Simpson: American Crime Story — to make a dent and expect FX, which won 12 creative awards to HBO’s 16, to continue to challenge the crown.

Rotten Tomatoes has ranked the Best Drama, Best Comedy, Best Limited Series, and Best TV Movie nominees by our Tomatometer to show you which titles critics collectively think deserve a win on Sunday. The Television Academy will no doubt hand us some surprises, however, when the Primetime Emmys airs on Sunday, September 18 at 7E/4P p.m. on ABC. 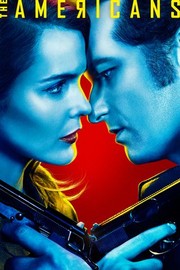 What It Is: FX’s spy drama set in 1980s Washington, D.C., follows two KGB agents trying to maintain their cover while looking out for their family.

What Critics Thought:  With its fourth season, The Americans continues to deliver top-tier spy drama while sending its characters in directions that threaten to destroy their freedoms — and their lives. 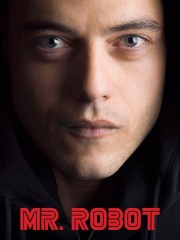 What It Is: First-time best actor nominee Rami Malek plays Elliot Alderson, a young computer programmer with an anxiety disorder, who is recruited by Mr. Robot and his anarchist team of hackers “fsociety.”

What Critics Thought:  Mr. Robot is a suspenseful cyber-thriller with timely stories and an intriguing, provocative premise. 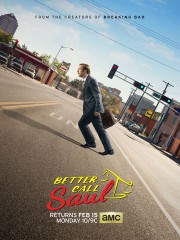 What It Is: The evolution of Breaking Bad lawyer Saul Goodman (Bob Odenkirk) is the focus of this prequel to the hit series, which garnered seven nominations for its first season.

What Critics Thought: Better Call Saul continues to tighten its hold on viewers with a batch of episodes that inject a surge of dramatic energy while showcasing the charms of its talented lead. 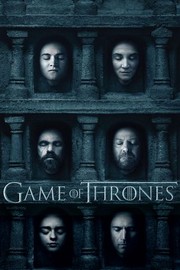 What It Is: In Series 6 of HBO’s fantasy epic, Bran Stark trains with the Three-Eyed Raven, Daenerys Targaryen is captured and returned to Vaes Dothrak and Jon Snow’s fate is revealed.

What Critics Thought:  Bloody and captivating as always, Game of Thrones plunges back into the midst of a world touched by grief, dread and precarious sexuality. 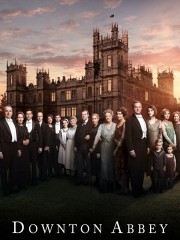 What It Is: The sixth and final season of the mannered melodrama opens in April 1925 with financial challenges and social upheaval for the Crawley family members and their loyal staff. 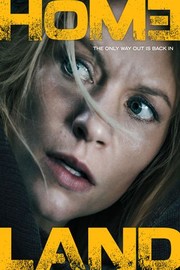 What It Is: The game has changed for Carrie Mathison (Claire Danes). Out of the CIA and living in Berlin, Carrie is trying to start a new life but realizes now she’s the one with a target on her back.

What Critics Thought: Homeland re-energizes itself in season five by setting up a twisty Berlin-set spy thriller that spotlights Carrie’s questionable ethics more than ever. 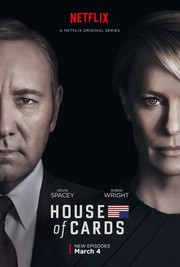 What It Is: In Season 4 of Netflix’s political drama, Claire’s determination to be a political figure puts Frank’s battles for the Democratic Party nomination and their marriage in jeopardy.

What Critics Thought: House of Cards retains its binge-worthiness by ratcheting up the drama and deepening Robin Wright‘s role even further. 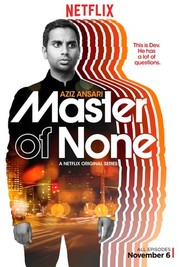 What It Is: In Season 1 of this comedy web series, commercial actor Dev Shah (Aziz Ansari) struggles to find his way in New York City.

What Critics Thought: Exceptionally executed with charm, humor and heart, Master of None is a refreshingly offbeat take on a familiar premise. 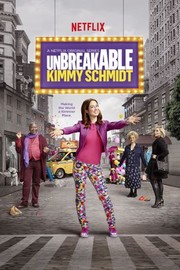 What It Is: A woman who lived in a cult for 15 years starts life anew in New York City in this comedy series.

What Critics Thought: Not letting up in season two, Unbreakable Kimmy Schmidt is still odd in the best of ways, wonderfully building on its unique comedy stylings and brilliantly funny cast. 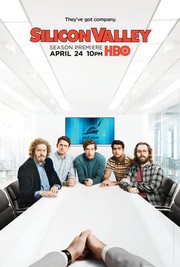 What It Is: Computer whizzes toil away at a tech company in California, hoping for an idea that will be the Next Big Thing.

What Critics Thought: Silicon Valley‘s satirical take on the follies of the tech industry is sharper than ever in this very funny third season. 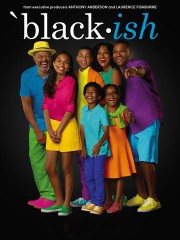 What It Is: A successful family man worries that his four children are losing touch with black culture because they are growing up in an affluent, mostly white neighborhood.

What Critics Thought: ABC family comedy tackles family life and race relations with heart and carves a place for itself among TV’s most socially significant comedies. 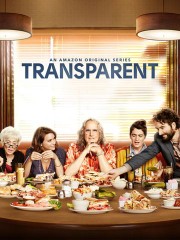 What It Is: Amazon’s Los Angeles-based comedy series follows the goings-on of the dysfunctional Pfefferman family. Season 2 begins with Sarah and Tammy’s wedding.

What Critics Thought: Transparent‘s second season ups its dramatic stakes while retaining the poignancy and humor that have made the series a consistently entertaining example of the best of modern serial dramas. 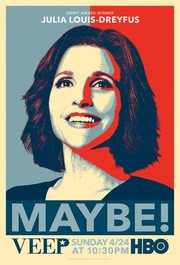 What It Is: At the opening of Season 5 of the HBO comedy, former Vice President Selina Meyer (Julia Louis-Dreyfus) finds herself out of power after a brief tenure as Commander in Chief.

What Critics Thought: Thanks to the spot-on comedic prowess of Julia Louis-Dreyfus and company, Veep returned with as many laughs and expletive-filled absurdities as ever. 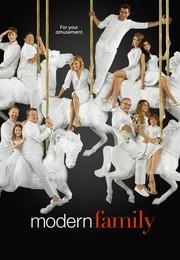 What It Is: In Season 7 of the mockumentary-style sitcom about the extended Pritchett clan, the comedy continues.

What Critics Thought: After six seasons, the show is alternately reliable and predictable, enduring and tired, as well as funny and suffering. 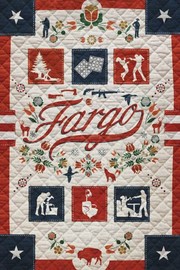 What It Is: Set in the town of Fargo, North Dakota, and Luverne, Minnesota, 1979, this series is a prequel to Series 1, covering events discussed in the first series.

What Critics Thought:  Season two of Fargo retains all the elements that made the series an award-winning hit, successfully delivering another stellar saga. 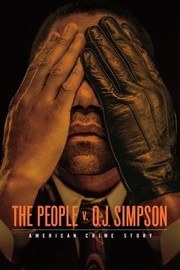 What It Is: Series 1 of this crime drama and anthology focuses on the O.J. Simpson murder trial as portrayed in Jeffrey Toobin’s book “The Run of His Life: The People v. O.J. Simpson.”

What Critics Thought: Brings top-shelf writing, directing and acting to bear on a still-topical story, while shedding further light on the facts — and provoking passionate responses along the way. 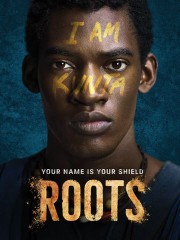 What It Is: A family tries to overcome the hardships of slavery to survive and build a legacy. 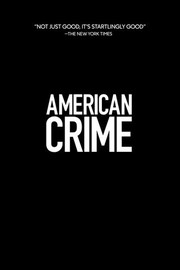 What It Is: Issues of sexual orientation and socioeconomic disparity come to a boil when lurid photos of a Midwest high school boy, Taylor Blaine, are posted on social media following a school party. 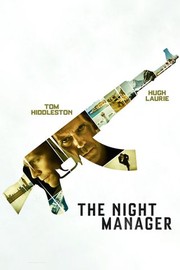 What It Is: An ex-British soldier infiltrates a vast crime ring in this modern take on the John le Carré novel of the same name.

What Critics Thought: The Night Manager‘s smart writing and riveting story are elevated all the more by Hugh Laurie and Tom Hiddleston‘s captivating performances. 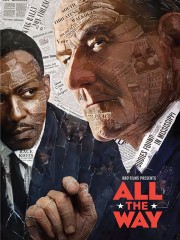 What It Is: Adaptation of Robert Schenkkan‘s Tony Award-winning play about the early days of Lyndon B. Johnson’s presidency, from the assassination of John F. Kennedy to the battle over the Civil Rights Act of 1964 and his campaign to stay in the White House.

What Critics Thought: Anchored by Bryan Cranston‘s phenomenal performance as LBJ, All the Way is an engrossing portrayal of a complicated man during a pivotal moment in U.S. history. 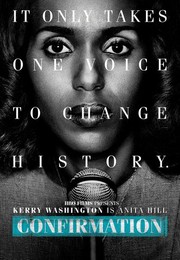 What It Is: The confirmation hearings for Judge Clarence Thomas (Wendell Pierce) become a media spectacle when his former colleague Anita Hill (Kerry Washington) accuses the Supreme Court Justice nominee of sexual harassment. 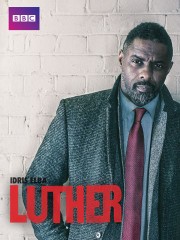 What It Is: A shocking piece of news draws Luther back to London after a leave of absence from the police force. Meanwhile, a gruesome serial killer has struck the city, eating body parts as he goes.

What Critics Thought: Idris Elba remains the best thing about Luther in an all-too-brief season — counted as a TV movie for Emmy purposes — which packs a lot of plot into a short time frame. 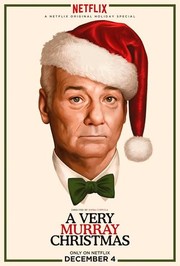 What It Is: Bill Murray rounds up an all-star cast for an evening of music, mischief and barroom camaraderie in this irreverent twist on holiday variety shows.

What Critics Thought: Preaches effectively to the converted with a parade of superstar guests and hummable songs that — combined with the host’s trademark presence — adds up to a unique holiday experience. 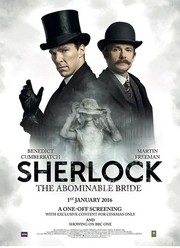 What It Is: Benedict Cumberbatch and Martin Freeman revisit their iconic roles as Sherlock Holmes and Dr. John Watson in this feature-length special set in London 1895.